Is the Racing Point a Mercedes copy? - The Race
Skip to content
Formula 1

Is the Racing Point a Mercedes copy?

But it isn’t the same, even though it is logical that a team like Racing Point will have looked at the team that has won the last six world championships and followed that direction.

That is an especially sensible course of action for Racing Point, which is rebuilding after serious financial problems in 2018. It can’t afford to make mistakes this year as it bids to get back to its habitual place near or at the front of the ‘best of the rest’ battle and it has a close technical relationship with Mercedes as the supplier of its gearbox, engine and numerous other parts.

To head towards Mercedes’ design philosophy is a therefore a wise approach – but Racing Point has done its own aerodynamic work and there are some very clear independent, what you might call ‘Force India’, philosophies on the car.

The front wing is the loaded outboard concept, similar to what Mercedes had last year. But the change of the delta shape of the flaps does seem more aggressive, so it continues the trailing edge coming in from the wheel further inboard before sweeping it down. 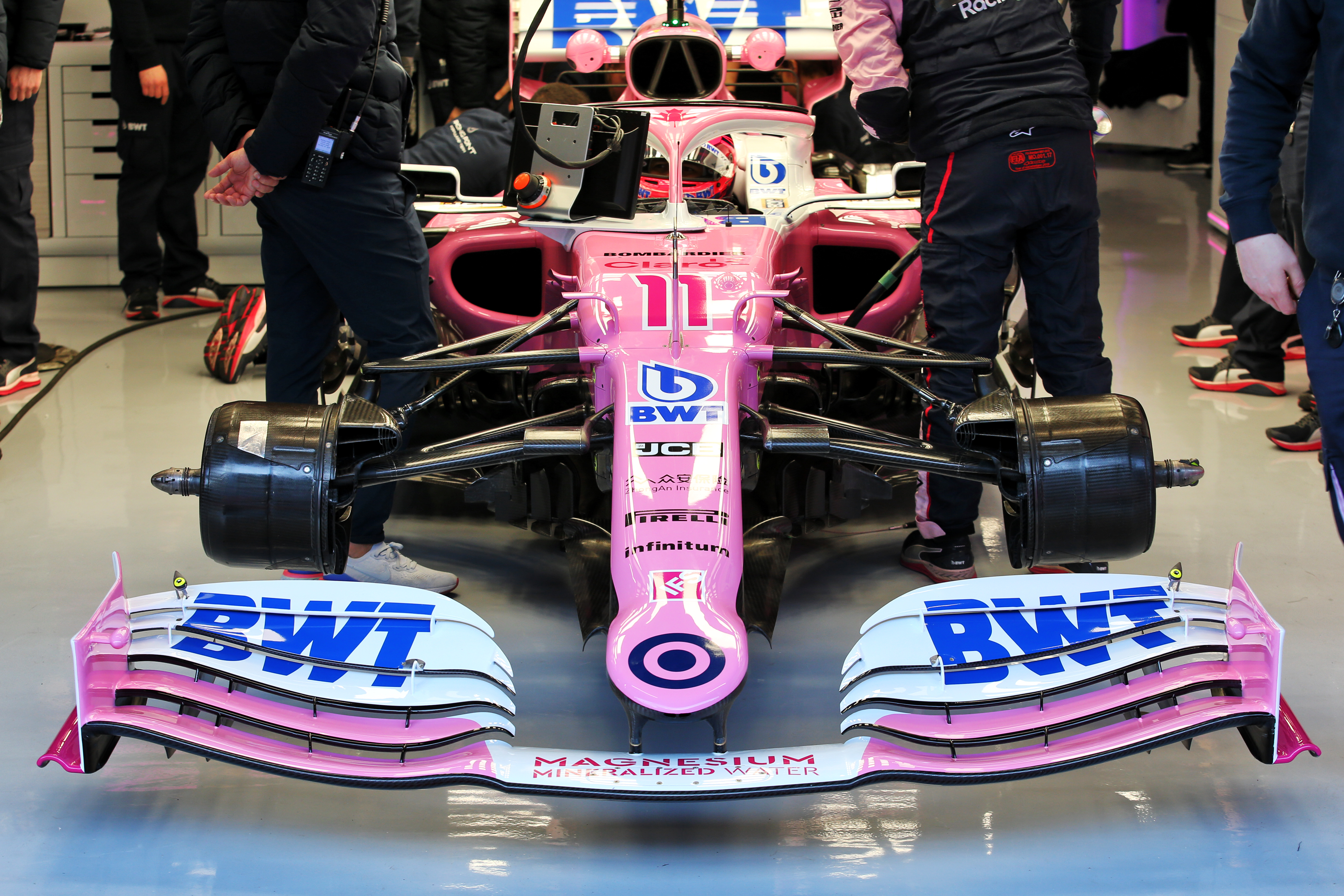 The narrow-nosed cars such as Mercedes, Red Bull and Renault have that turning moment a lot earlier so you don’t have to be so aggressive underneath the chassis and Racing Point has tried to do this with its flap arrangement as well.

The bargeboard area works on this airflow and Racing Point has a very complex arrangement in this section. All the bargeboards and turning vanes here are to pull that airflow out from underneath the chassis to feed to the leading edge of the sidepod to create as much downforce as possible from the front section of the underfloor.

As with most cars, there are effectively two leading edges to the sidepod on the Racing Point. There’s a vane coming outwards that’s a wing section to optimise the airflow going under the car, then there is a turned-up section on the outboard edge of the floor that runs for about a third of the distance and acts as an extraction system for the leading edge of the floor.

This generates more downforce from the leading edge of the sidepods, so offers downforce around the middle of the car and will also help with front end aerodynamic load.

Interestingly Racing Point hasn’t gone to the now widespread lowered upper side impact structure separating the radiator inlet and the undercut sidepod. The radiator inlet is fairly old-school and the team might just have missed a trick here. 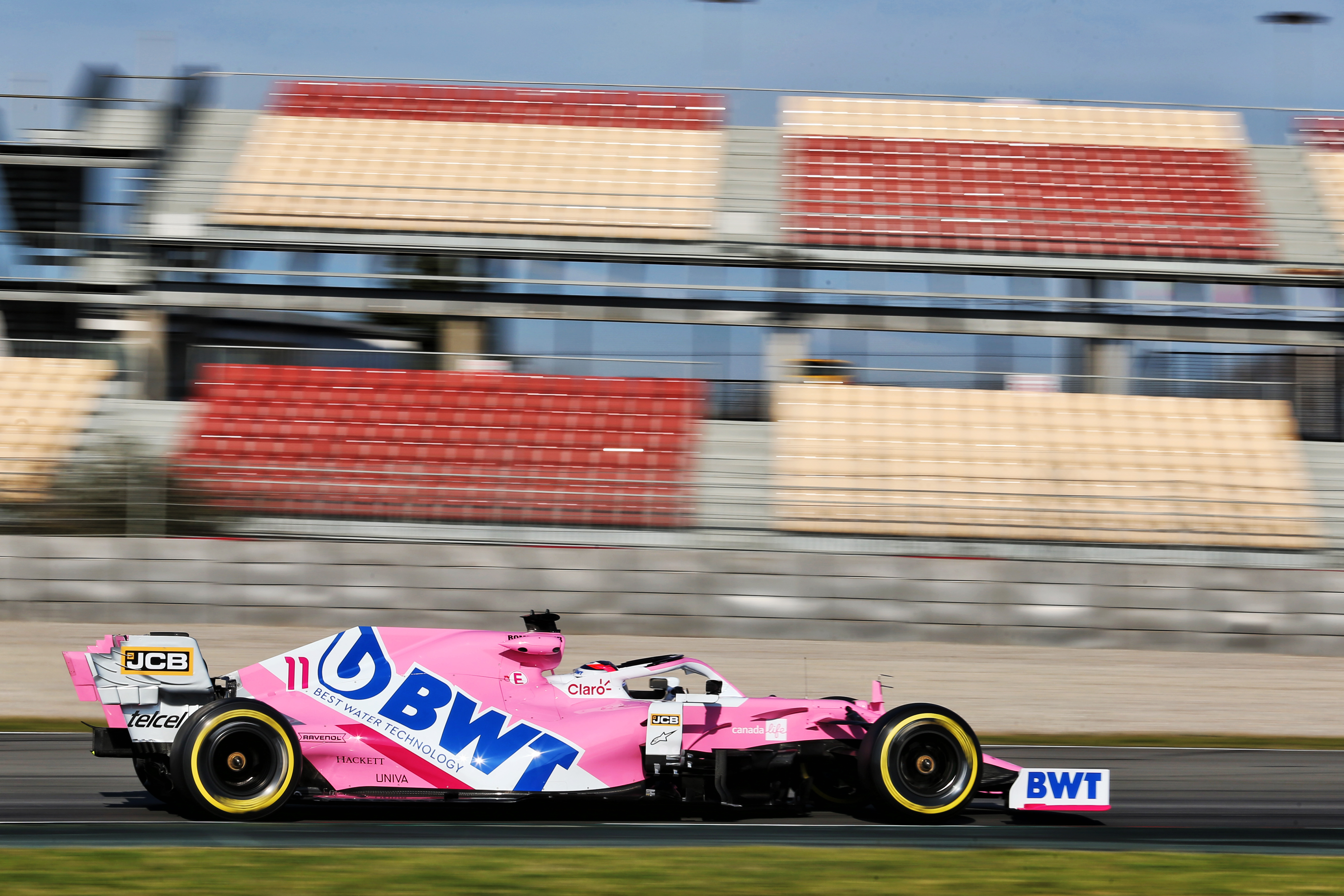 On the side of the chassis you can see two turning vanes going in the opposite direction to what you might expect. This is an old trick we used to use back in the Jordan days because you can turn front downforce into rear downforce with them.

Those vanes go in the opposite direction and take the airflow that is being swept up by the trailing edge of the front wing and directs that flow into the underfloor. It’s a small detail but it’s an overall downforce gain and it can have a very positive influence on the rear of the car.

Because Racing Point has a Mercedes engine and gearbox, inevitably there are design areas that are similar to what the works team has done. The trailing edge coke bottle of the sidepod philosophy is to make it as tight as you can while still achieving the required cooling and that’s the case on both cars.

If Racing Point can take some advantage from being a customer of champion team Mercedes, why shouldn’t it?

One interesting question is whether Racing Point has changed its rake philosophy. Mercedes still isn’t in the high rake club, although it has gone up a little in recent years, but it will be interesting to see the car out on track more to judge if Racing Point has gone with the higher rake that it has run for the last few seasons.

From what I can see, Racing Point has the 2019 Mercedes upright assemblies in the suspension but the wishbones are designed and constructed in-house. These are an aero profile and manage the airflow coming off the front wing so you want to have the opportunity to optimise their input to the rest of the car.

The bodywork at the back is compact, as is everybody’s. My way of going through the car would be: work on the nose/front wing assembly so that you minimise the cross section and get it to work as well as possible independently. Then get the diffuser to work well independently, then use the bargeboards between the two to take the good high-speed airflow from the front wing and work the diffuser with it. 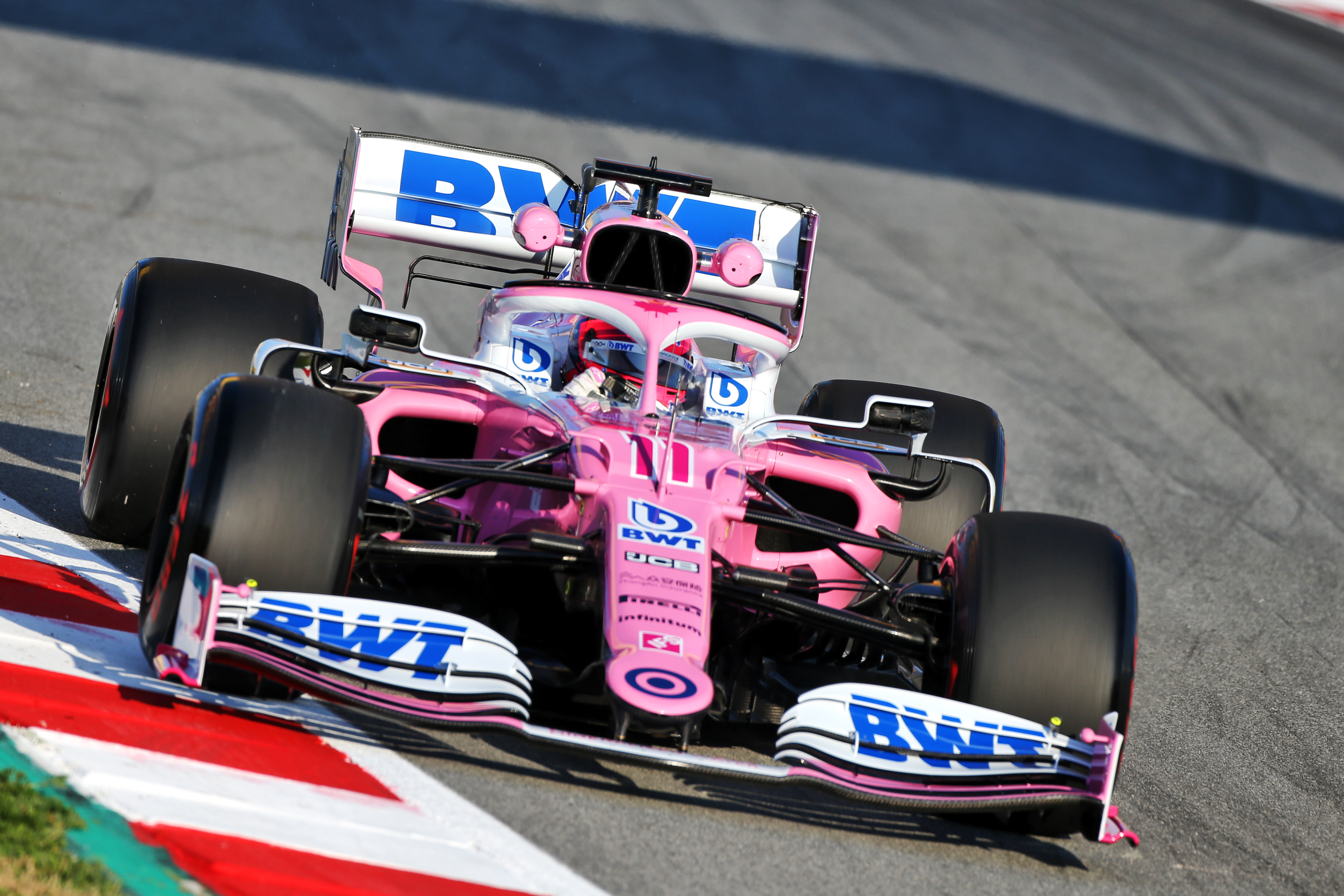 Racing Point is not different from other cars with that philosophy, but the critical thing is to get a stable aerodynamic platform that gives the driver confidence. That could help Lance Stroll in particular as he seemed to struggle last year to wring a time out of it on one lap in qualifying.

So yes, Racing Point does get lots of mechanical components from Mercedes but this is still its own car. It is clearly not a copy.

The situation is not massively different to the relationship Haas has with Ferrari and AlphaTauri has with Red Bull. If Racing Point can take some advantage from being a customer of champion team Mercedes, why shouldn’t it?

It has created its own aerodynamic surfaces, albeit following a well-established concept set out by Mercedes. It makes perfect sense to latch onto a bigger team if possible.

But I really do hope this has been a technical relationship decision made between the two companies and not just a reaction to pressure from team owner Lawrence Stroll to get instant results. 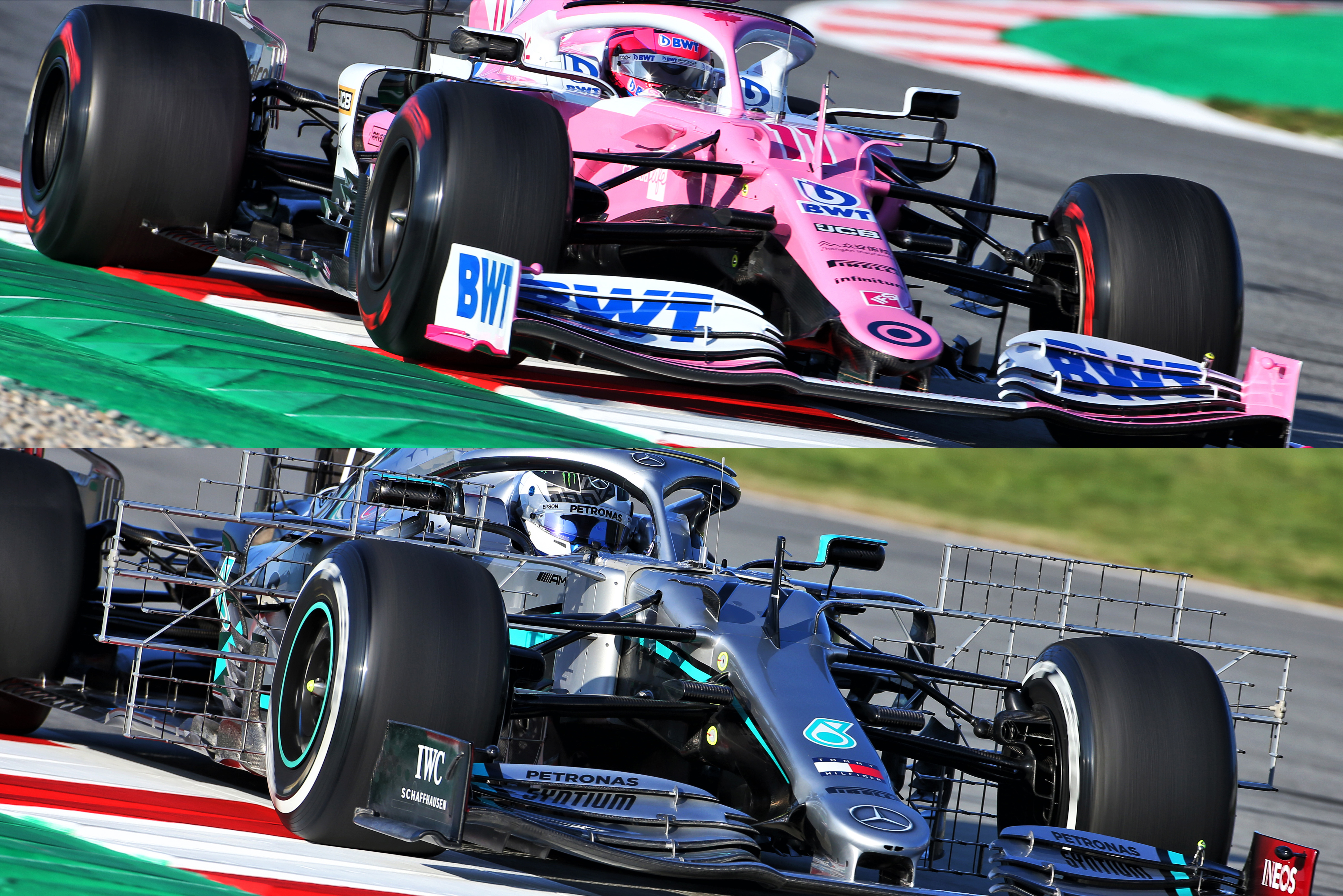 15 hours ago Esports No Comments