'Is Russell's move next?' - our verdicts on Ocon's new deal - The Race
Skip to content
Formula 1

‘Is Russell’s move next?’ – our verdicts on Ocon’s new deal

The news that Esteban Ocon has signed a three-year extension with the Alpine Formula 1 team provided one of the first pieces in the 2022 silly season puzzle.

The Frenchman will once again partner Fernando Alonso next year for his fourth full season in F1, and he’ll remain with Alpine until at least the end of 2024, meaning he’s now got one of the longest deals on the grid.

A mixture of surprise, delight and disappointment was felt by our writers, who give their verdict on whether this new deal makes sense and who else in the paddock it affects.

A big win for Ocon

It’s hard to view this as anything other than a huge win for Ocon in the context of his own career.

Realistically, nothing better was going to come along for next year – or probably 2023, or 2024.

But things could easily have got a lot worse. This is a driver who was on the sidelines in 2019 because, for different reasons, he couldn’t command favour at Mercedes, Renault or Racing Point. 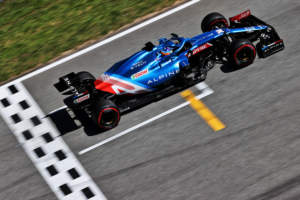 If Ocon struggled this season as he did in the first half, or first two-thirds, of 2020 then slipping off the grid again seemed a real prospect.

But Renault/Alpine has always liked the idea of a good, young, French driver in the works team so the opportunity was always there for Ocon to stake a long-term claim.

It seems he’s done exactly that. Three more years is a curiously long reward from Alpine’s side – either representing total faith that Ocon’s a ‘team leader’ calibre of driver, or indicating Alpine believes it can realistically only aim for the less-coveted options on the grid.

Either way works for Ocon. This kind of long-term stability is a driver’s dream and – who knows? – maybe Alpine will stop underperforming and morph into a team that gives him a shot at real success as well.

An inevitable step towards Russell to Mercedes

This news probably signals that Mercedes is gearing up to announce that George Russell will join the team for the 2022 F1 season.

Russell jumped Ocon in the junior queue a long time ago, and the writing has been on the wall for Ocon for a while despite Mercedes previously claiming he’s still vaguely ‘on loan’.

This is effectively a healthy ending for both Mercedes and Ocon. With Ocon having a secure long-term future with a manufacturer and Mercedes able to sign Russell to replace either Valtteri Bottas or Lewis Hamilton, without having to discard its long-term junior Ocon to the F1 scrapheap.

After a shaky return to F1 last year, Ocon is enjoying a far better 2021 season. He’s run Alonso closer than any team-mate has since Jenson Button at McLaren and the Frenchman is arguably only behind Alonso in the standings due to bad luck.

He also compared very well to Sergio Perez across his two years at Force India/Racing Point and of course, let’s not forget he beat Max Verstappen to the European Formula 3 title in 2014. 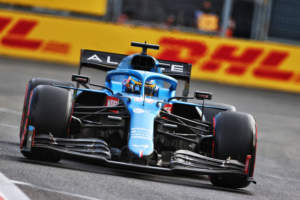 But let’s also not forget that less than a year ago, he was really struggling. And badly. Ricciardo out-qualified him 15-2 last year and without his Sakhir podium, he would have finished with less than half of Ricciardo’s points total.

Ocon did well to turn things around, but we’re also only six races into the season, and into Alonso’s comeback. Placing faith in Ocon until the end of 2024, when the likes of Pierre Gasly and Valtteri Bottas could be available, seems a little rash.

He’s undoubtedly a talent but last year demonstrated the question marks that remain over him. Perhaps Alpine’s display of confidence in him will inspire his up turn in form to continue – otherwise, it’s going to be a pricy divorce bill.

Alpine was supposedly a likely way out of Pierre Gasly’s glass ceiling existence within the Red Bull family, and Ocon’s new deal closes that door.

Gasly’s inevitably going to have ambitions that are beyond what Red Bull’s second team can provide as he reaches his prime, and it would appear that no amount of success will repair the damage done during his part-season with Red Bull Racing in 2019. So a promotion within Red Bull still seems off the cards. 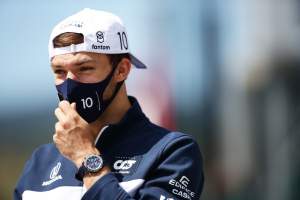 But if Ocon has just closed the Alpine door to his countryman, he’s done him a favour. AlphaTauri to Alpine looks like a sideways step right now.

If you had to bet which one of those teams’ owners will still be around five years from now, the one that owns two teams and is starting its own engine division is better bet than the one that has a history of pulling out of F1 and has recently carried out a rebranding that could be interpreted as distancing its under-performing team from the parent company.

Gasly’s at a midfield team heading in the right direction. He won’t want to stay there forever, but there are worse places to bide your time while waiting for a better opportunity elsewhere.

Another blow for Alpine’s juniors

The ladder to Formula 1 is already too expensive, less relevant than it should be and plagued with needing to pick the right team at the right time to progress. But the offer of an F1 future at the end of it is what keeps the motivation on tap and the money flowing in.

But as an Alpine junior, where on earth is your motivation now?

Its drivers are 1-2 in the Formula 2 championship approaching the halfway point. Admittedly Guanyu Zhou’s lead is helped by his two and a bit years of experience in the series, but Oscar Piastri is a rookie in second.

I don’t want this to turn into an Alpine tongue lashing as it’s done so much to help young drivers progress both in its academy and previously through the Eurocup series. It’s just fallen short at the last hurdle by resigning Ocon and, before that, bringing back a nearly 40-year-old Fernando Alonso. The latter is signed for 2022 as well, so the following season is the first opening available.

It’s been a damning couple of years for the belief in talent and/or readiness from Alpine in its current junior class. You have to question why it bothers spending the money on it. It’s potentially training and helping drivers, who could then take that to another team.