Is Renault going to stay in F1?

Renault is committed to staying in Formula 1 longer-term “in principle” but must avoid a repeat of its “not acceptable” 2019 struggle – according to the team’s senior management.

The French manufacturer returned to F1 in 2016 and set out an initial five-year roadmap that included the target of fighting for the title this year.

However, Renault heads into 2020 without a podium finish – a result it hoped to achieve in 2018 – to its name and last year slipped from fourth to fifth in the constructors’ championship.

The lack of success for the project, combined with former Renault and Nissan chief Carlos Ghosn’s controversial exit from the company last year and the subsequent management restructure, has raised doubts about Renault’s F1 future, which has formed part of an internal review.

At the end of January, Renault announced Luca de Meo will join as its new CEO in the summer, with current interim CEO and long-time Renault chief financial officer Clotilde Delbos shifting to the deputy CEO role when de Meo starts.

Renault’s F1 boss Cyril Abiteboul says these have been the most significant recent updates in the context of his team’s future in the championship, and is particularly enthused by Delbos retaining a position of power.

“That’s very important because it means that there will be a continuity of the governance and continuity also of the decisions,” Abiteboul told select media including The Race.

“It means that everything that we’re discussing today with Clotilde Delbos will be valid even once Luca de Meo has arrived.

“So, I know where we are. Clotilde Delbos is still CFO of the company. She’s also very naturally driven by figures.

“She looks at Formula 1 from a financial perspective. It’s a cost, but it’s also an asset, and it’s an investment. 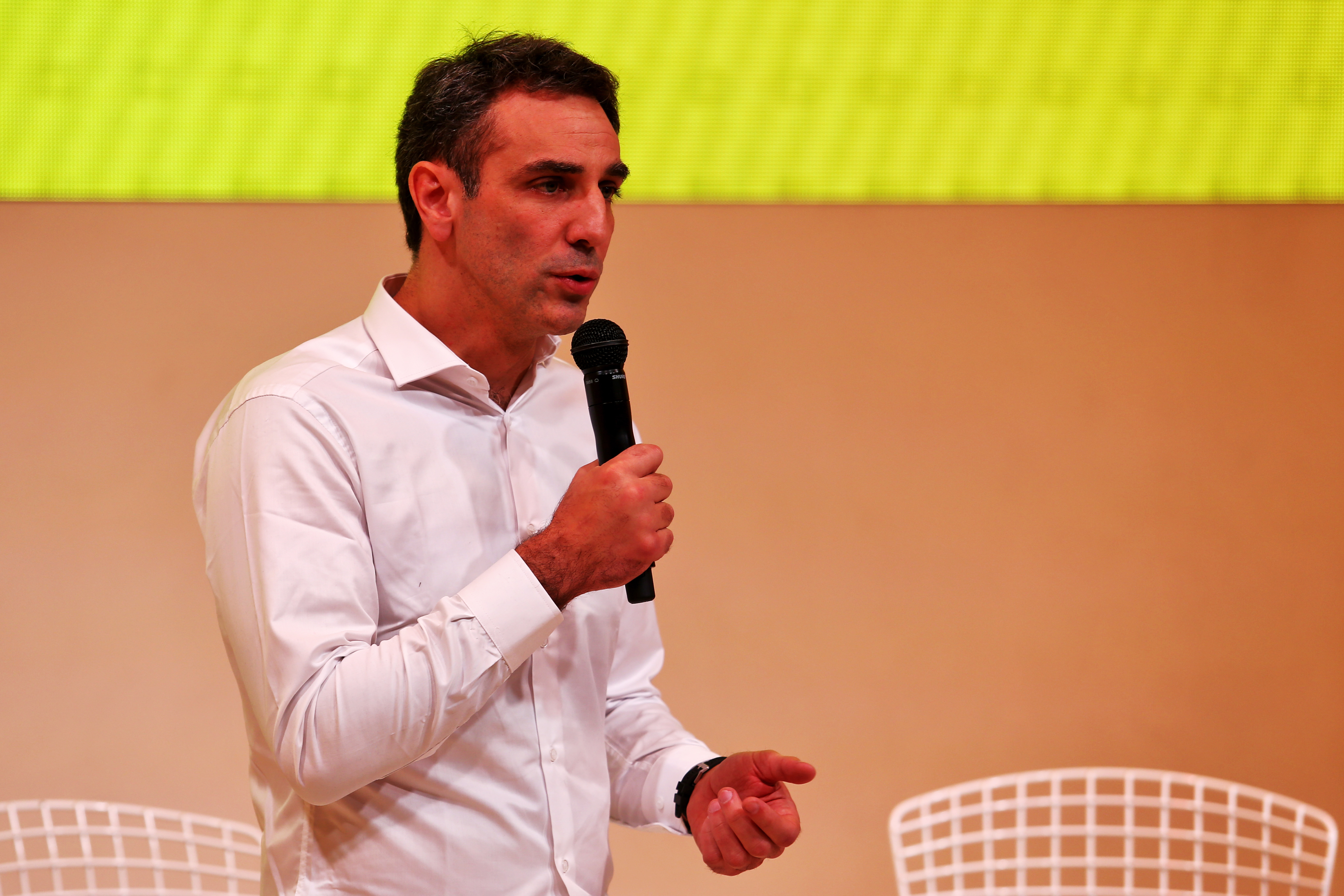 “I have all the reason to believe that, in principle, we are in it for the long term but that’s a principle.”

Abiteboul admitted that this still needs to translate into Renault signing an agreeable Concorde Agreement with F1 and other teams.

No teams are signed up to stay in Formula 1 beyond 2020 but the likes of Mercedes and Renault – sensitive to a change in their respective boards’ positions on F1 – have had the biggest questions cast over their respective futures.

“Where we were last year was not acceptable. That’s for sure” :: Alain Prost

Four-time F1 champion and Renault special advisor Alain Prost admitted it is “always a concern” that a manufacturer may withdraw commitment.

Prost said that the turbulence at the top of Renault could not be hidden but the company’s organisational changes presented an opportunity to the F1 team’s management to state its case.

He acknowledged that Renault could view the situation as “Formula 1 costs that amount of money, stop and then we get the money back to put somewhere else”. 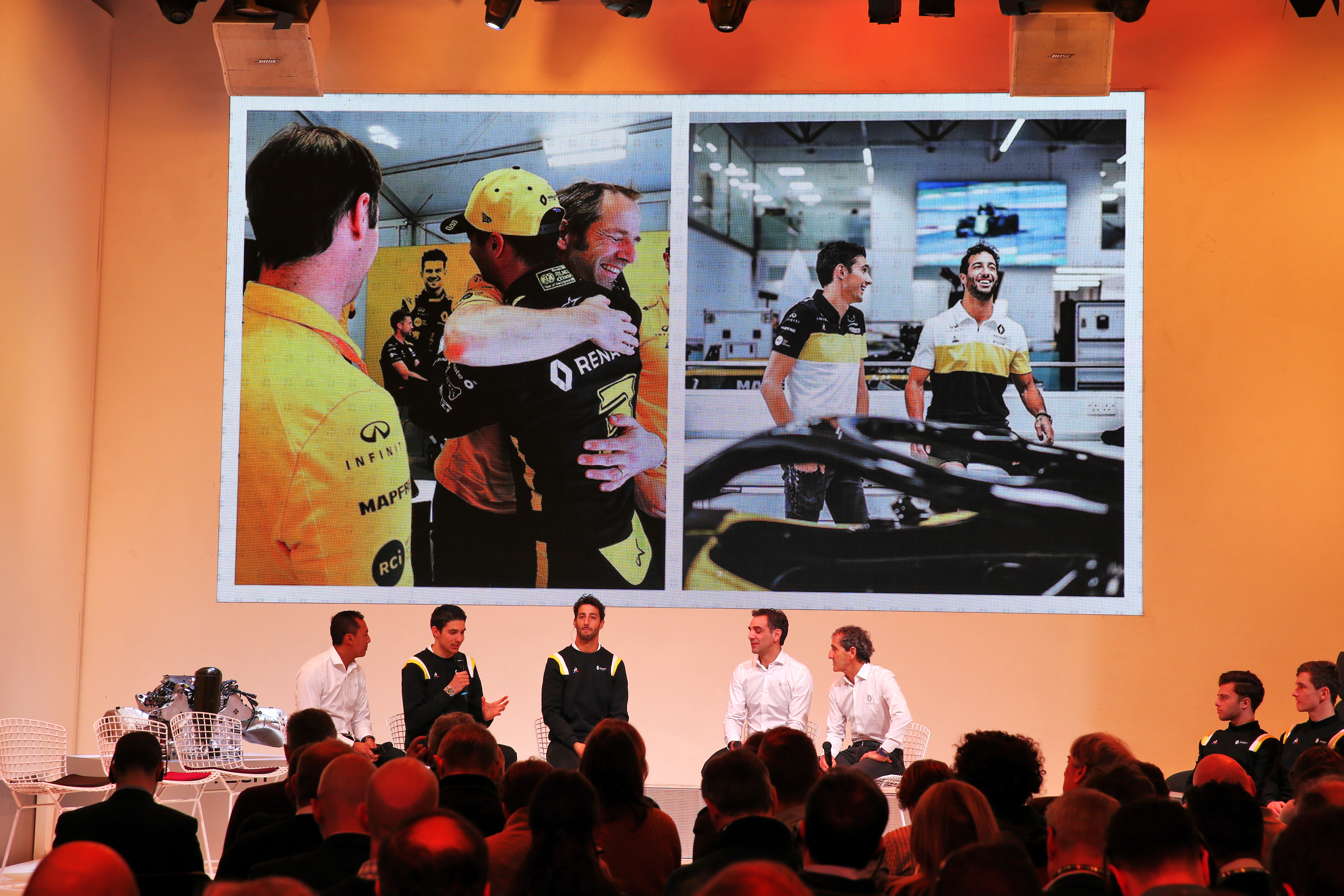 But he believes Renault will remain attracted to F1’s position as the “best” way to market the brand around the world for that level investment – although the the team’s on-track form must improve to strengthen its case.

“We have to sell the right thing,” said Prost at Renault’s season launch in Paris.

“Obviously with a big constructor like Renault you cannot be too far [from the front].

“Where we were last year was not acceptable. That’s for sure.

“And you cannot stay in this position, so we have to show that we can go [in the right direction].”