The challenge of ‘winning’ in Formula 1’s midfield is arguably even greater than the fight for outright victory among grand prix racing’s big three teams. Up front, you must beat two teams and four cars of comparable size and strength – further back you have three times the opposition. Yet that doesn’t hold any fear for Racing Point.

During Monday’s ‘launch’ event unveiling BWT as title sponsor, team principal Otmar Szafnauer left no room for doubt about his team’s lofty objectives. Not only did he declare the target is to regain the fourth place in the constructors’ championship the team as Force India achieved in 2016 and ’17, but there was also talk of podiums. And even that fourth-placed objective came with an extra kick – that of being closer to the top three teams than ever before.

Whether Racing Point will evaluate being closer to the big three on points or relative pace is a moot point. Of its two fourth-placed seasons, the stronger in terms of deficit to the outright pace was ’16, when it was on average 1.719% down. The following season, that increased to 2.199%, which is in keeping with the underlying trend.

Last year, McLaren was 1.633% off the outright pace on average, so all things being equal (which they won’t be) Racing Point will need to improve on that ’16 performance to be confident of being ahead of McLaren.

But the pace gap ebbs and flows depending on a variety of factors and the ’17 aerodynamic regulation change was what truly solidified the chasm between the big three and the rest, so perhaps it will be fairer to judge on points.

On that basis rather than relative pace, the ambition of being a stronger fourth is perhaps a more realistic one. Doubly so given the trend late last year, with Sergio Perez taking a series of strong results. 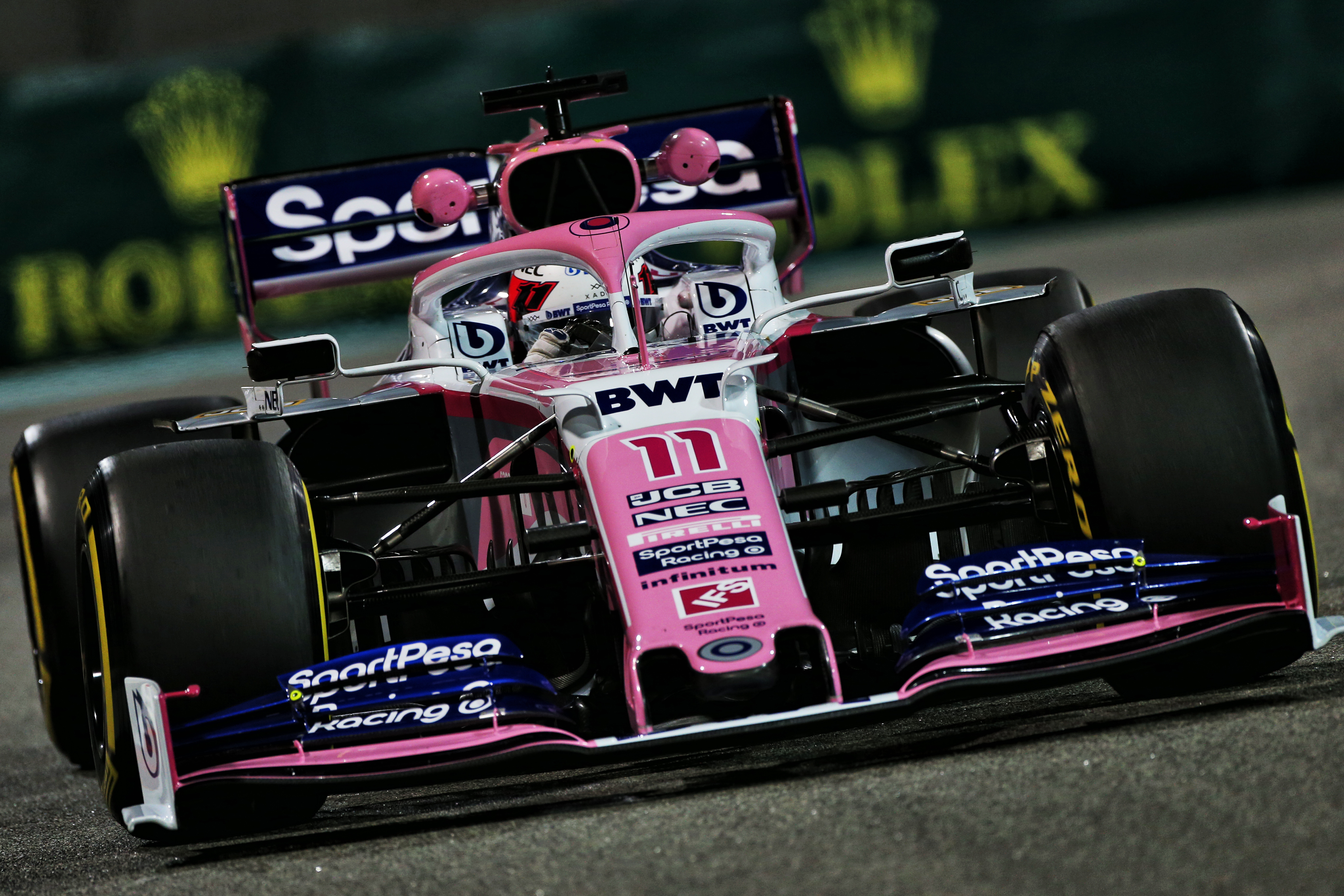 “We had a decent race in Abu Dhabi, we were best of the rest where Checo finished seventh,” says Szafnauer.

“The top three teams finished ahead of us with the six drivers, so if we can start the season being best of the rest with both of the drivers having to score, then we’ll have a good season. I think that’s where we’ll start.

“We’ve kept that same development pace that we had after the [August] break into this year and that’s what makes me confident that we can do what I say that we can do. Checo did score a lot of points, Lance has got to know the team over the year, he’s a lot more comfortable with us now, his driving talent’s there it’s just getting to know us. He’ll take a step up too so I can see both of them having opportunities to score at every race.”

Racing Point’s form over the second half of the season was vastly improved. Perez scored more points than anyone else in the midfield after the break and produced some outstanding drives, particularly his run to seventh in the Mexican Grand Prix. If such results are sustainable, then fourth place is possible.

The potential is there, but given the objectives for the season are so lofty this season might prove to be the acid test of whether it was an own goal to drop a driver of Ocon’s ability to accommodate Stroll

But critical to the team’s ambitions will be Stroll’s contribution. While Perez is a midfield ace, capable of relatively heavy scoring and utterly dependable, Stroll has been an erratic performer over his first three seasons in F1. When Racing Point took its fourth-placed finishes, a big part of the success was down to having Perez and either Nico Hulkenberg or Esteban Ocon both scoring well.

But Stroll only managed 21 points to Perez’s 51 last year. Realistically, unless Racing Point can recapture the supremacy it had over the midfield in ’17, when both Perez and Ocon individually scored enough to secure fourth in the constructors’ standings, that return needs to improve.

Stroll is much maligned, but he has shown flashes of the underlying ability that has yet to be harness on a consistent basis. Improving qualifying will be critical, which will likely depend on eliminating the minor errors – hitting the odd kerb a little too hard, not quite balancing being aggressive with overdriving, those small things that add up to a deficit over a lap. 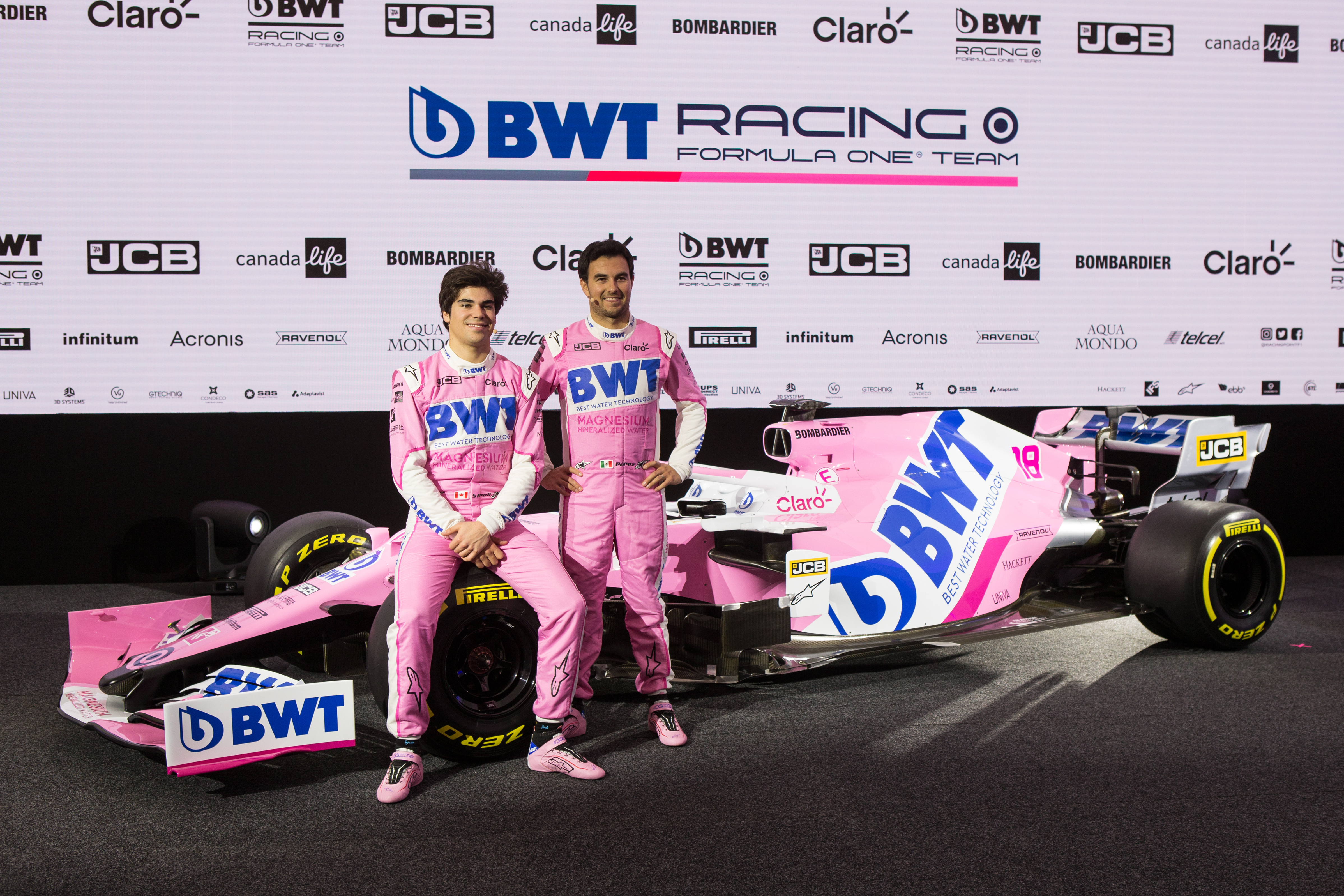 The potential is there, but given the objectives for the season are so lofty this season might prove to be the acid test of whether it was an own goal to drop a driver of Ocon’s ability to accommodate Stroll. The points table at the end of the season will decide that, regardless of the well-known reasons for him being in the team in the first place.

“It’s been about building experience and learning my lessons every year and the areas that I can improve on,” says Stroll of his approach to the season. “Every season you are dealing with a different beast and you’ve got to build a relationship with the new car and see where the strong points and weak points are and try and drive around the weak points, work with the engineers on how the car can be better and that’s just what I’m going to dive into when we get to Barcelona and throughout the season.”

The beast Stroll refers to is the new RP20, a car that we won’t see until it breaks cover on Wednesday at Barcelona given the livery launch (pictured above) was staged using last year’s car. If one part of the equation is the drivers doing the job, the more important one is the quality of the machinery.

On average, last season’s car was only the ninth fastest although it did improve significantly in the back end of the season following an aerodynamic upgrade package introduced at the Singapore Grand Prix. But last year’s car was not representative of this team’s ambitions and capabilities given the hangover of 2018, when some of the key decisions regarding the following year’s car were locked in while the team’s financial outlook was still uncertain.

The real potential should begin to be unlocked in the coming season. Under the leadership of Andrew Green, the technical department has proved itself extremely adept at producing competitive cars in difficult circumstances. With that underlying quality and the investment to match, the potential of this team is very real.

Even when it was finishing fourth in the constructors’ championship, the budget wasn’t big and the cashflow not always reliable. Yet the quality of the team carried it through. 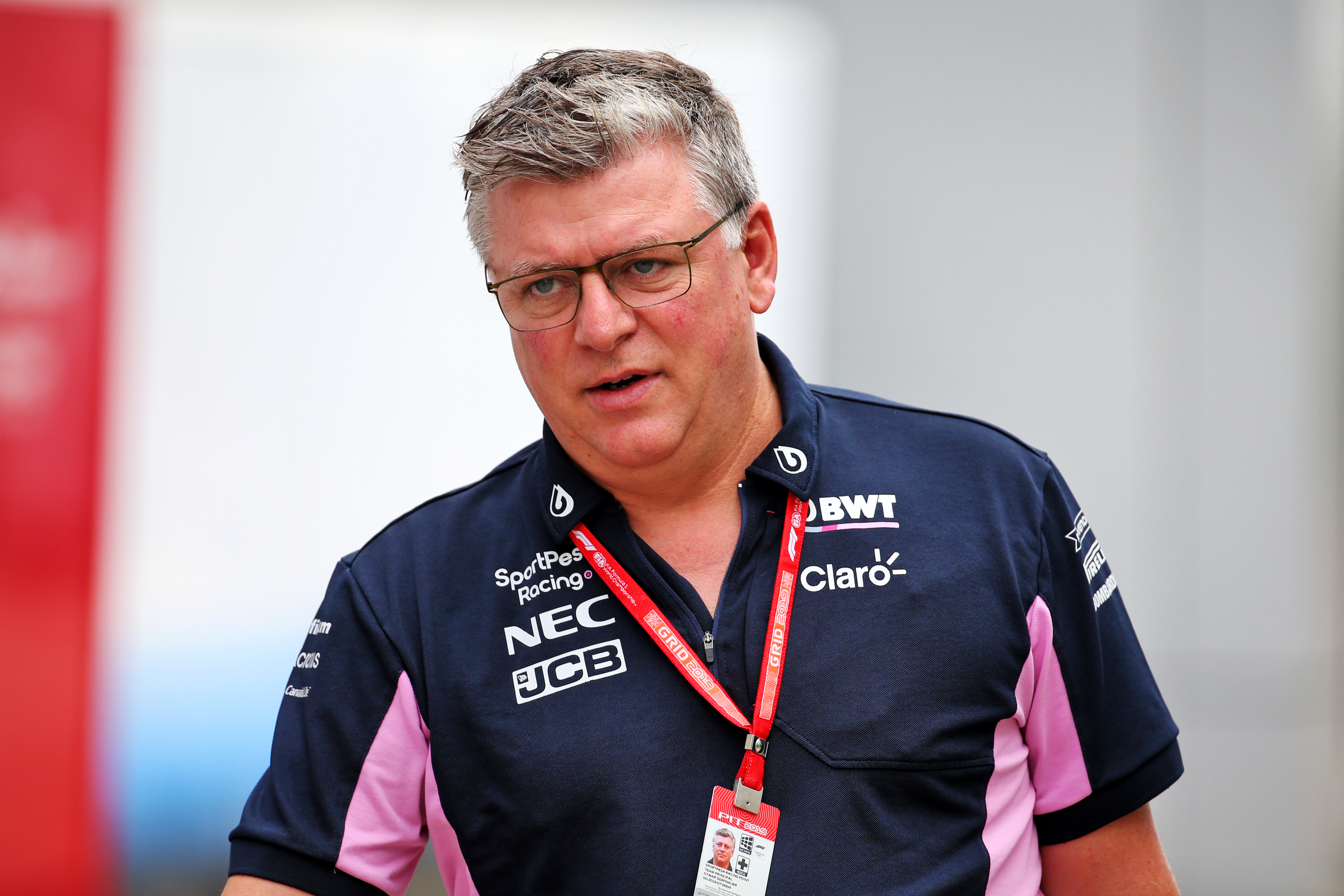 “We’re much more hopeful now,” says Szafnauer when asked to compare the feeling going into this year compared to 2019. “We’ve had the financial constraints lifted from us.

Inevitably, it takes time for investment to yield results on track but given the changes going on at the team it’s reasonable to expect a genuine step forward this year. But it won’t be until the car starts to put in the miles in Spain that we’ll get a feel of whether it has the pace to deliver on the team’s ambitions.

“Obviously, it’s related to what others are able to do but we are confident. We are in a much better place than we ever were for the start of the season.” :: Otmar Szafnauer

The team can also depend on its operational strength trackside. Under sporting director Andy Stevenson, it’s a well-drilled, effective team – you can make a case that, in recent years, it has been pound-for-pound the best team in F1 when it comes to executing races. That’s perhaps the one thing that we can take for granted – if the car is up to it, the team will race it well enough to be at the sharp end of the midfield.

Since it was taken over by the Lawrence Stroll-led consortium, Racing Point has become a team with big ambitions – further augmented by the alliance with Aston Martin that will lead to the team being rebranded in 2021. The reason Szafanuer is so ambitious is because he has to be, given the level of investment in the opportunity it creates. 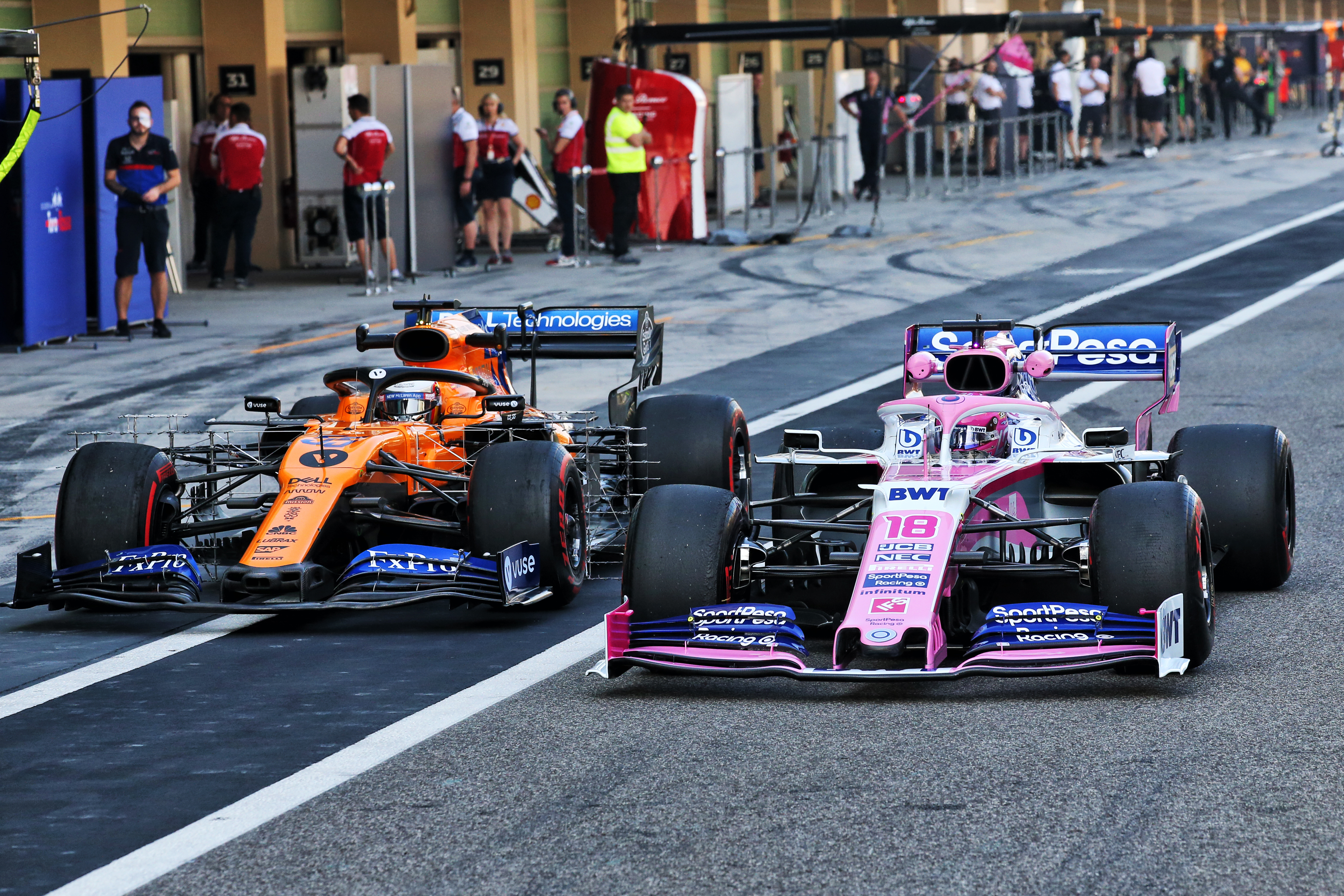 Racing Point should not be underestimated. Even with McLaren on the rise and Renault having the resources and ambition to bounce back from a poor 2019, Racing Point does have the potential to rise above the midfield this season. It is no longer a great team limited by resources, it’s a team with great potential that can now be unleashed over the coming years – provided the ownership is patient enough to give it the time it requires to mature.

Perez, who has been at the team since 2014 and will be the cornerstone of the coming campaign, is certainly hopeful.

“It should be a good improvement for us,” he says. “Obviously, it’s related to what others are able to do but we are confident. We are in a much better place than we ever were for the start of the season.

“Hopefully once we are in Melbourne we are able to show to ourselves that we’ve done good work through all the last years, because this car is the work of so many years in the team. The team has gone through very difficult periods and I hope finally this car is the car that we’ve been waiting for, all of us, for many years.”

Ambitious? Yes. Possible? Definitely. Realistic? Maybe. But whatever happens, it’s a well-deserved opportunity for a team that has performed miracles in the past in trying circumstances. The culture developed and prowess shown during those tough years should give it the granite edge it needs. 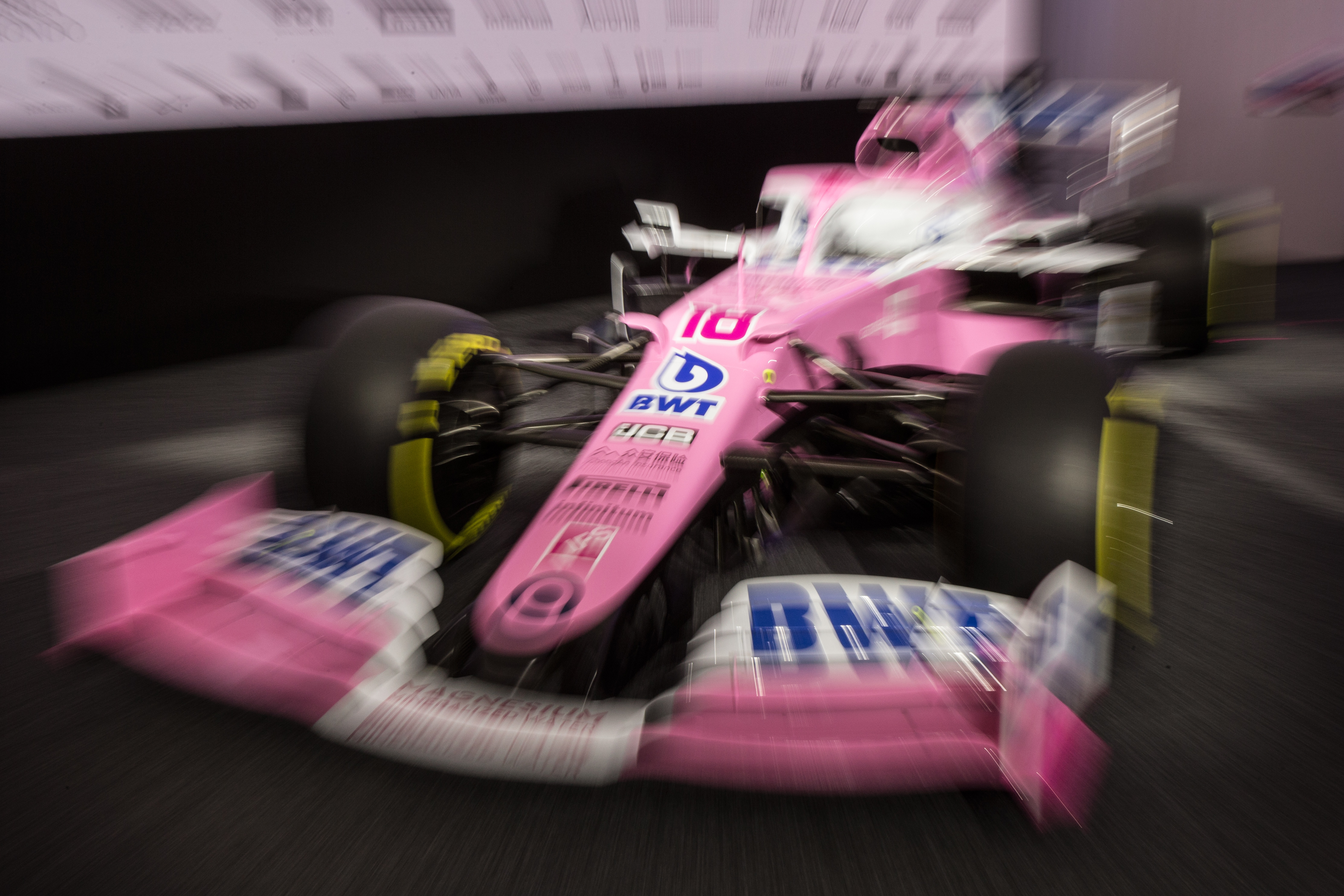