The big talking point on Friday in Austria is the Mercedes DAS system and the possibility of a protest to challenge its legality – with plenty of talk about its weight and purpose.

Two hours after the end of that practice, that protest officially went ahead as Red Bull took the plunge. So what arguments will the stewards be considering?

First of all, let’s look at the weight. The objective is to build the car to be as light as possible and then add whatever ballast you need to bring the car up to the minimum weight limit.

The DAS system is just another part of that car. It might be a little heavier than a standard system, but for Mercedes it’s acceptable as part of the jigsaw that makes up a car.

As with any innovative idea that the engineers in F1 come up with, there is a process of communication with the FIA to check on its legality. The governing body will never say ‘yes, no problem, fully legal’ and will only give you its opinion.

Basically, you put down on paper what your ideas are all about, while still trying to hide their real benefit – as there are some elements of the regulations where the intention of a device affects its legality and you might want to disguise an ‘innocent’ secondary effect.

And this is where the risk comes – how much of its potential advantage can you hide without being caught out?

The FIA may come back to you and say “in our opinion, it doesn’t contravene the regulations as written”, or it says “it contravenes article X/Y/Z”. 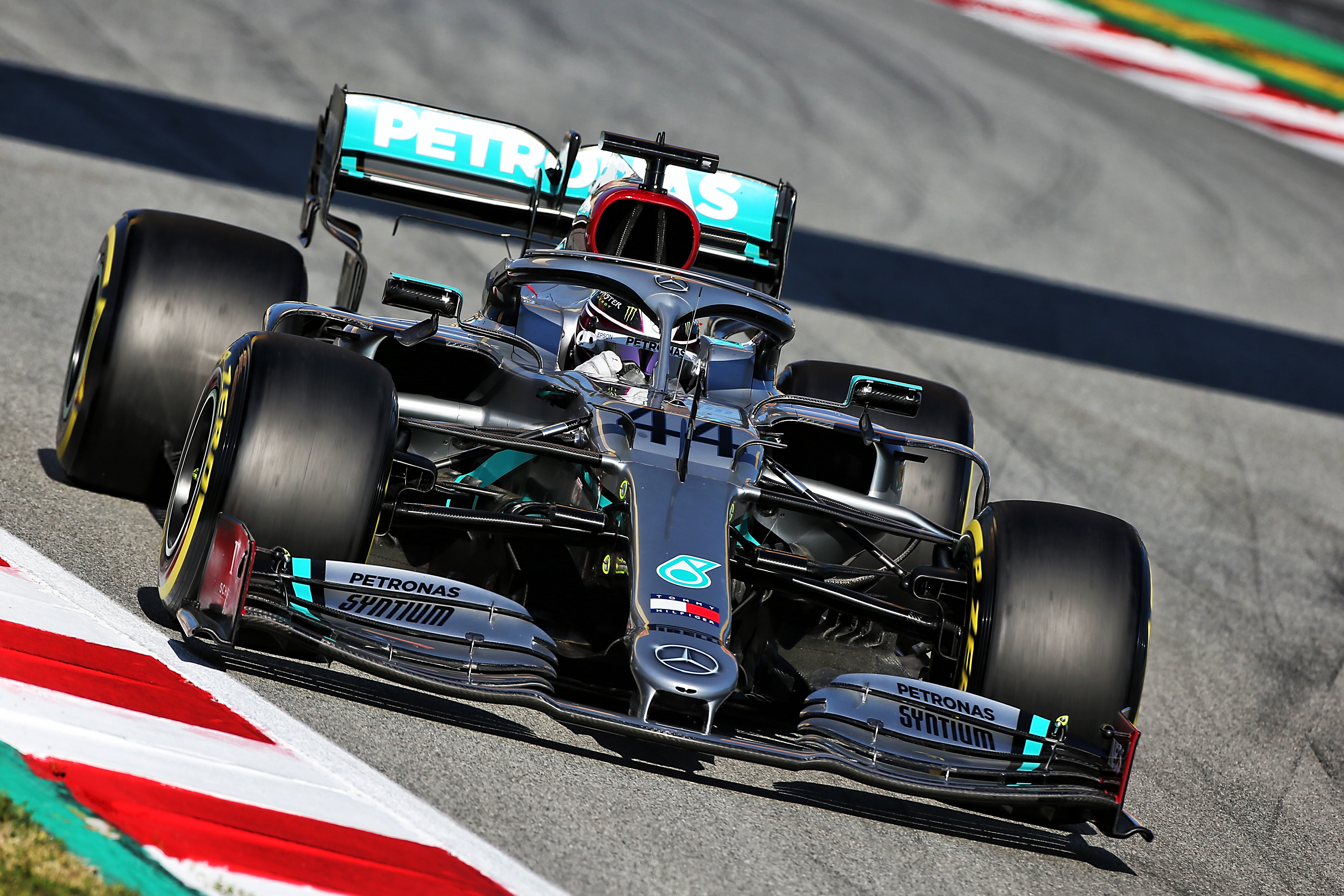 Initially, when Mercedes started this communication with the FIA it had a separate lever to operate the DAS. This was deemed illegal, so from this and from the fact it was considered acceptable by the FIA when operated by pulling the steering wheel back, I would suggest it was being defined as an extra steering system.

If the FIA agrees that it is acceptable, then you make your own decision on if you want to use it. But when you go racing, if some other team doesn’t see it as legal it is then down to them to come up with a reason why it’s not and lodge a protest.

Then it will be judged by the FIA stewards. They will listen to the arguments from both parties, consult with the FIA technical department to make sure that the user’s reasoning is in line with what was proposed. The stewards can then make a decision.

Before I could make a firm decision on what I believe DAS is being used for, I would need to see if it was only used during the warm-up laps or used periodically during the race.

During Friday practice, it was being used on warm-up and cooldown laps but that might just be to check the function. We will need to wait until push comes to shove later in the weekend to see when Mercedes uses it on the days that count.

If used on warm-up laps then my opinion is that it is for front tyre heating. The front tyres are always difficult to get up to temperature for that one lap in qualifying.

If used during the race then it could be for many things. This includes reducing the overheating of the inner shoulder of the front tyre, reducing tyre drag on straight and, again, reducing front tyre temperature. 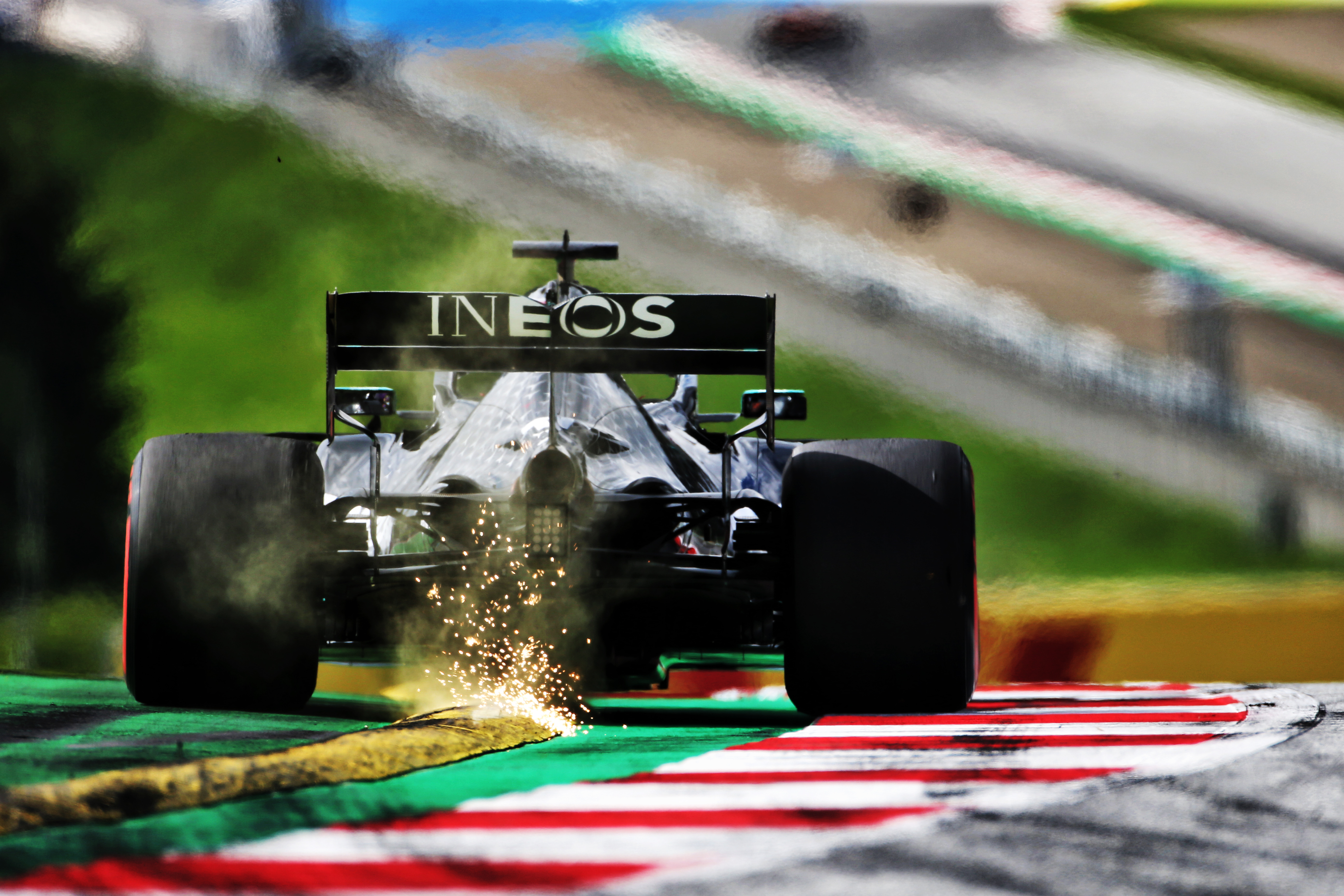 If this is the case then Mercedes will need to satisfy the FIA that the other changes that happen when it is used are insignificant to the car’s overall performance. That’s going to be difficult to achieve.

I have had a look through the F1 technical regulations and these are the areas that Mercedes needs to comply with. If it can do that then it’s fine and good luck with a new and interesting technical development.

These will be the regulations the stewards will be considering in the case of a protest:

Suspension response must only be from load and not from driver input. If the geometry changes in any way it contravenes this regulation, by changing the toe in/out, the kingpin alignment and the castor will have changed minutely, as will the Ackerman. The question here is if the Ackerman is suspension or steering?

Ackerman is a line going through the outer top wishbone point and the outer steering trackrod position. When this line on each side of the car is extended rearward it crosses the rear axle line and this point is defined as the Ackerman angle. By changing the front toe on both wheels at the same time obviously this position changes, which is a change on the Ackerman angle. 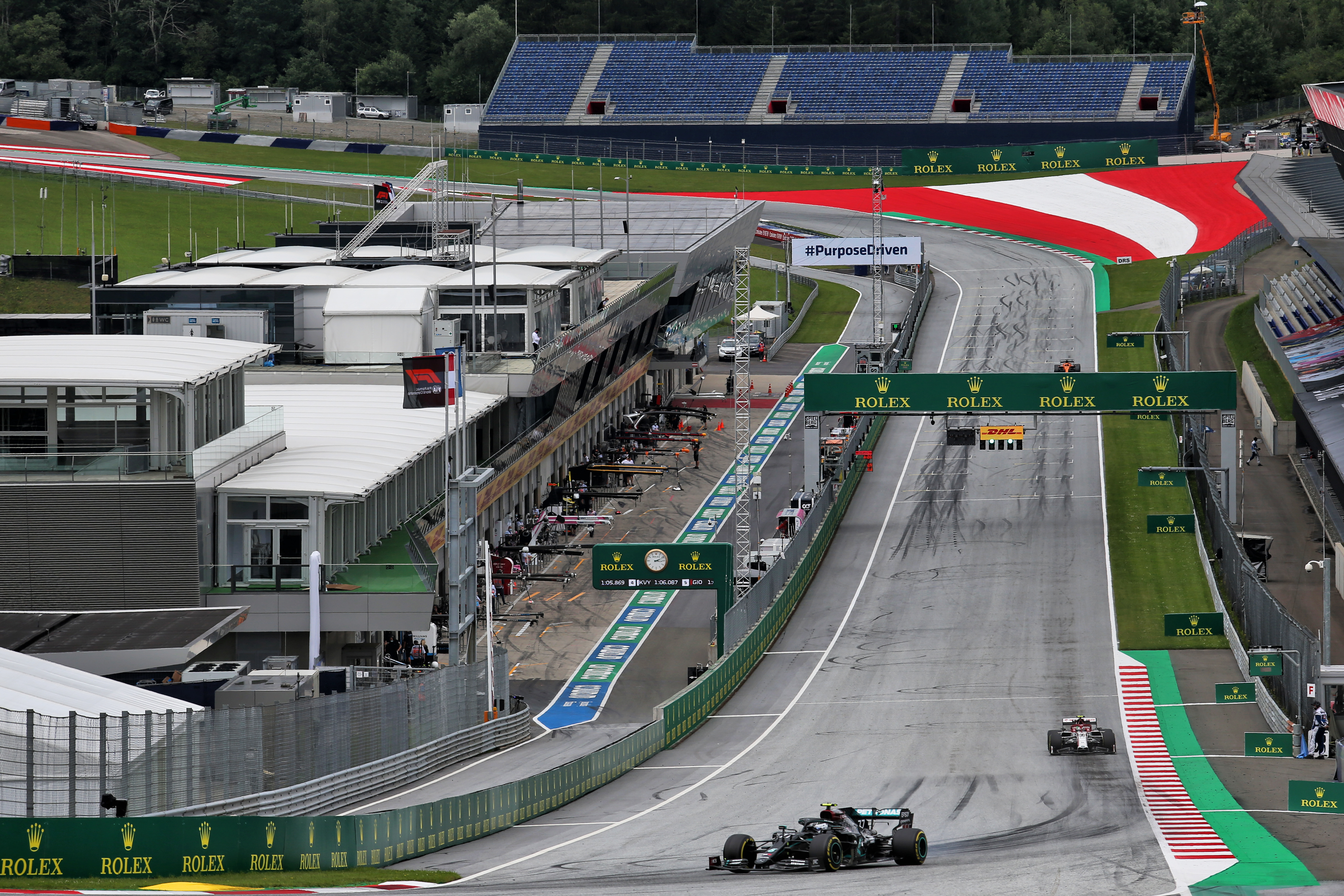 10.2.1 With the steering wheel fixed, the position of each wheel centre and the orientation of its rotation axis must be completely and uniquely defined by a function of its principally vertical suspension travel, save only for the effects of reasonable compliance which does not intentionally provide further degrees of freedom.

It says steering wheel ‘fixed’ not ‘rotationally fixed’, so what position does Mercedes define as its fixed position? Moving it back and forward means that it isn’t fixed.

10.2.2 Any powered device which is capable of altering the configuration or affecting the performance of any part of any suspension system is forbidden.

It will alter the configuration of the suspension with a linked suspension. As used in F1, it is impossible to have the geometry of the linkage connection not alter to some small degree.

This means it must be mechanical. 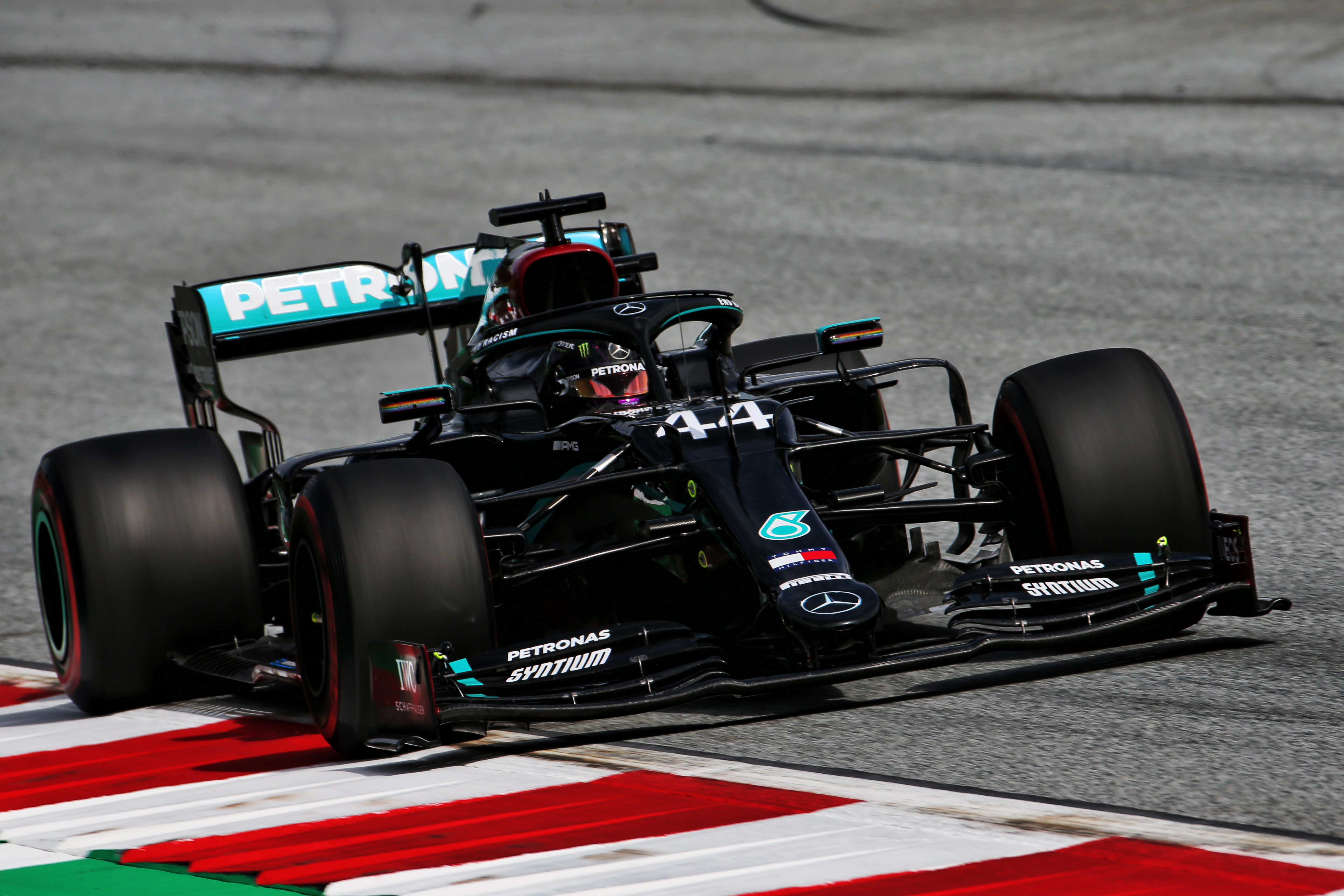 10.2.3 No adjustment may be made to any suspension system while the car is in motion.

It must alter the suspension system, changing the front wheel angle will alter the position or angle through the wishbone pick up points.

10.3.5 There may be no more than six suspension members connecting each suspension upright to the fully sprung part of the car.

Here it says six suspension members. I believe that includes the steering arm, the DAS system changes the geometry of its position so contravenes 10.2.3 above.

10.4.2 Power assisted steering systems may not be electronically controlled or electrically powered. No such system may carry out any function other than reduce the physical effort required to steer the car.

Defining what is ‘to steer the car’ will be critical here. To me, it is ‘changing the direction of travel’. The DAS system doesn’t do that, in my opinion, so it cannot be power assisted; it must be mechanical.

10.4.4 The steering wheel, steering column and steering rack assembly must pass an impact test, details of the test procedure may be found in Article 16.5.

To comply with this does Mercedes have to pass this test with the steering wheel in both positions? 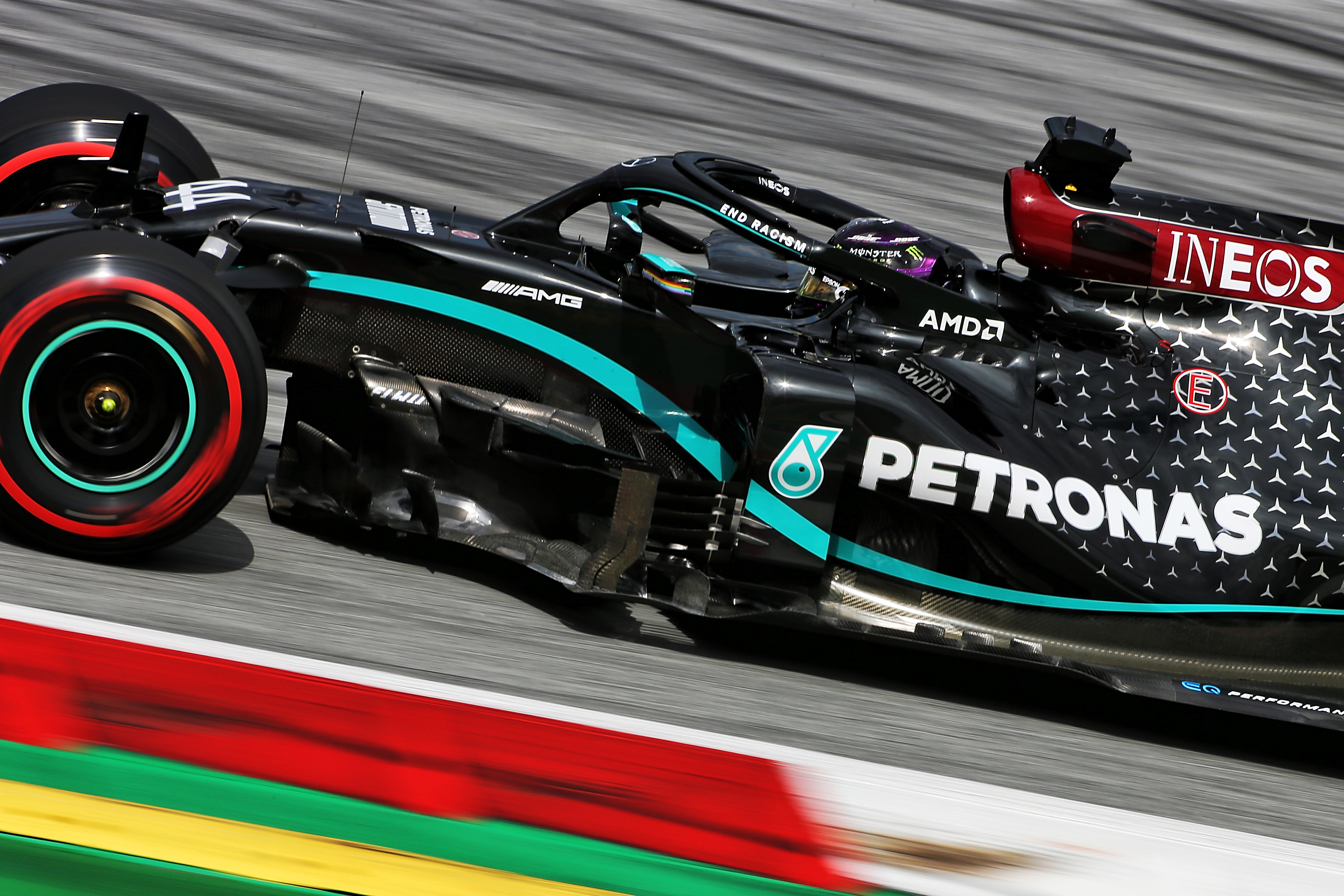 If Mercedes states that the system is for tyre heating and the onboard camera shows it is only used on the warm-up laps then does DAS contravene the rules on the treatment of tyres?

I know that the car running normally on the track heats up the tyres, but with a normal set-up the fronts are more difficult to heat than the rears. If it is only used on the outlaps, then it defines itself as tyre heating.

These will be the key regulations that the FIA stewards and Mercedes will be looking at if there is a protest, and why the way the team originally presented the DAS design to the FIA’s technical department will play a big part in the decision.