Inside the lap that ‘scared’ Ricciardo and defied Abiteboul

Daniel Ricciardo’s fastest lap on the final lap of the Belgian Grand Prix “probably scared me more” than qualifying, and was against the wishes of Renault Formula 1 team boss Cyril Abiteboul.

Ricciardo equalled his best result for Renault and the manufacturer’s best since returning to the grid in 2016 with fourth place at Spa, while team-mate Esteban Ocon was fifth.

That matched the previous best pair of finishes for this iteration of the Renault works team but Ricciardo’s bonus point for fastest lap meant it was the highest points haul in this period as well.

Renault considered giving Ricciardo an all-out shot at the fastest lap late but he was only just edging towards having a free pitstop over the battle between Alex Albon and Ocon for fifth.

“We were having a debate on the pitwall and even considered, should we stop again and put some new tyres on to have a bit of fun?” said Renault’s Alan Permane.

Renault had opted to play it safe, but Ricciardo went rogue when his race engineer Karel Loos informed him halfway round the penultimate lap the fastest lap was 0.5s faster than Ricciardo’s best – which he had only just set. 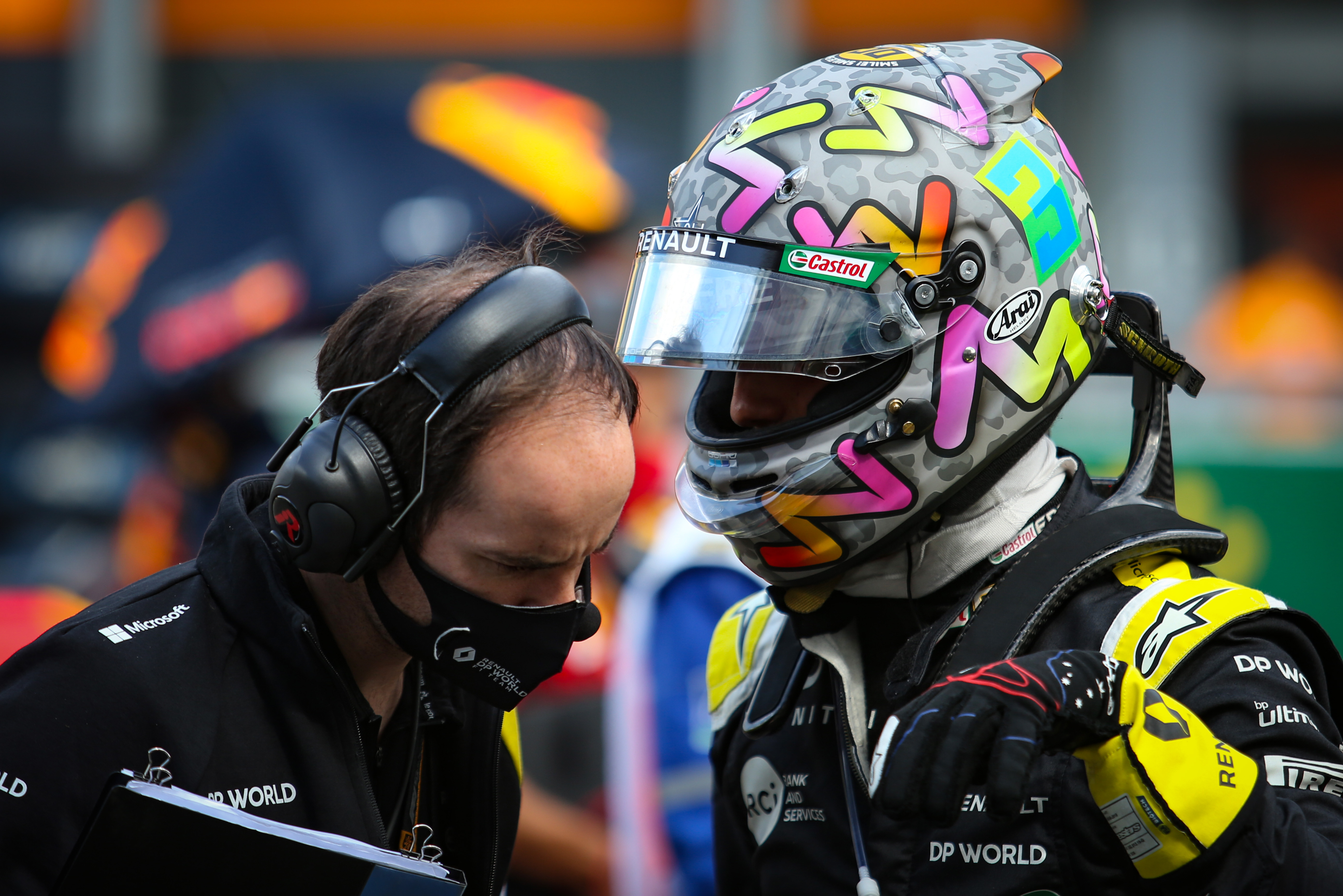 By this point, Ricciardo’s hard tyres had done 31 laps, but he was getting faster, while the top three were in tyre-saving mode amid escalating concerns they may not last the distance.

Ricciardo it was “surprising” to have such pace towards the end of the grand prix: he took chunks out of Max Verstappen’s Red Bull ahead of him, and the leading Mercedes drivers, in the closing stages.

He posted a series of personal bests that looked to have peaked on lap 42 with a 1m48.259s, but he was then told his deficit to the fastest lap (a 1m47.758s set by race leader Lewis Hamilton).

Ricciardo thought that “maybe if I can use a bit of the battery, maybe we can get it”.

“So he went for it on the last lap,” said Permane. “Much against Cyril’s wishes, who was very happy after the race anyway that we’d disobeyed him.”

That was evident in an odd radio exchange seconds after the race ended.

Ricciardo was celebrating excitedly, telling his team “I fucking sent that last lap!” and adding to his engineer: “Thanks for letting me know [about] the fast lap, I wanted that.”

Abiteboul then took to the radio to say: “Just so you know, I did not – they did. I was against it. But I’m very happy they did, and that you did. Thank you.” 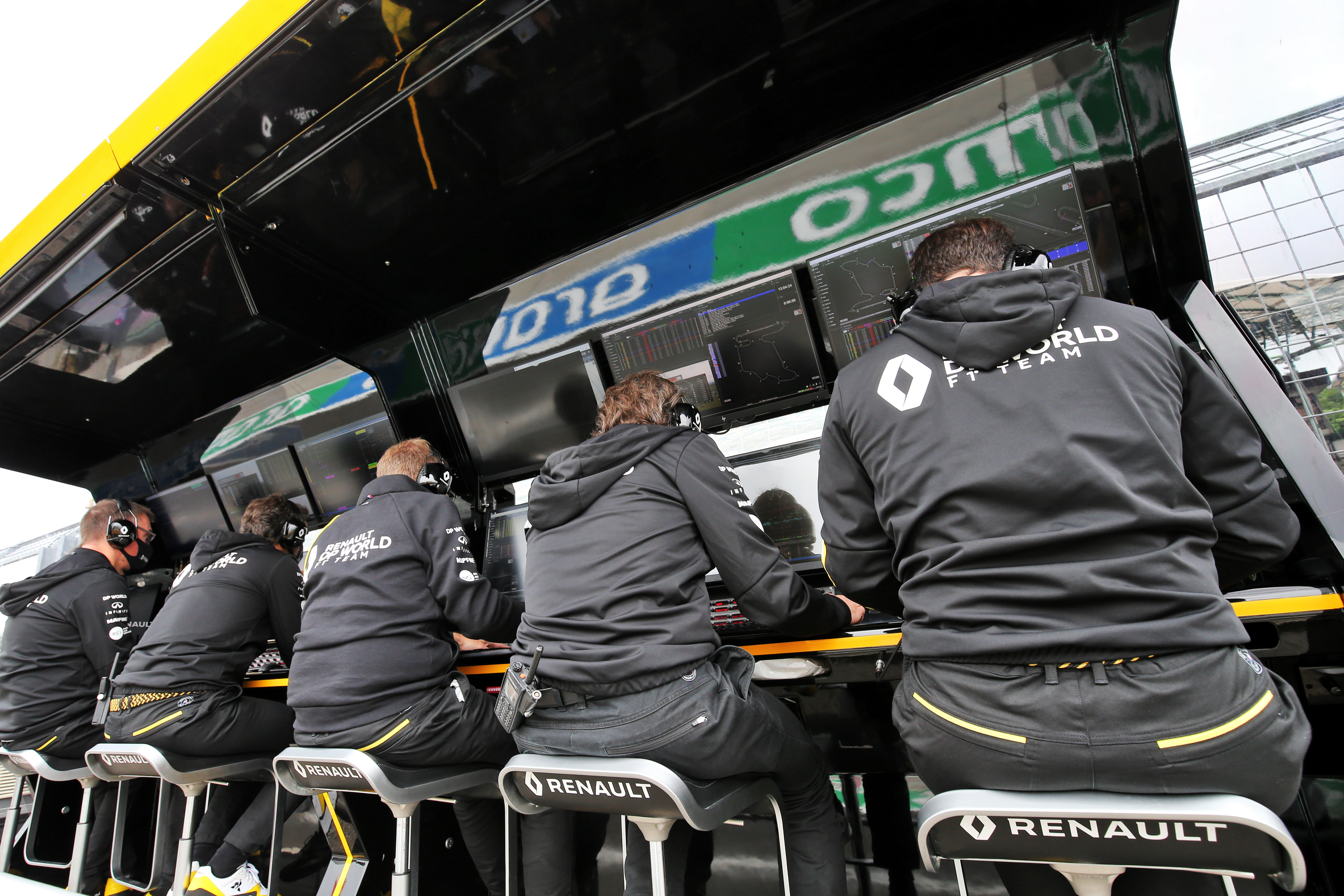 Ricciardo’s first sector was nothing special, as he was lacking DRS up the Kemmel Straight, but he leaned on the car heavily through the rest of the lap.

He set a new personal best in the middle sector, taking Pouhon in seventh instead of downshifting to sixth as in previous laps but going a gear lower for the Fagnes chicane to attack it more aggressively.

Using the overtake button for the run to Blanchimont and utilising every centimetre of the track limits exiting the final chicane gave Ricciardo the fastest final sector of the race, and fastest lap by 0.275s.

“About halfway around the lap, I used every bit of track I could,” Ricciardo said. “And I was like, I’m just going for it! I’ve gone this far now, I’m just gonna put it all on the line.

“That lap probably scared me more than Q3 yesterday.”

Ricciardo and his low-drag Renault were strong throughout the Spa weekend and he even challenged Verstappen for third on the opening lap.

The R.S.20 has been kind on its tyres all season and the very long second stints triggered by early safety cars played into Renault’s hands late on, evidenced by Ocon stealing fifth from the second Red Bull and Ricciardo eating into the deficit he had to the cars in front.

All but two of the final 15 laps were faster than Verstappen as the gap came down from around 17 seconds to 3.4s – while Ricciardo’s peak 27-second deficit to race leader Hamilton was only 18.8s at the flag.

The charge was flattered by the extreme care taken by the Mercedes drivers and Verstappen on the final lap but all that did was increase the curve. Ricciardo was already matching the Red Bull’s performance in the final third of the grand prix and he was the only driver able to sustain a sub-1m49s pace to the end.

It reiterated Renault’s prowess as something of a low-downforce specialist, and gave Ricciardo an opportunity he has seldom enjoyed in a mostly disappointing year and a half with the team. 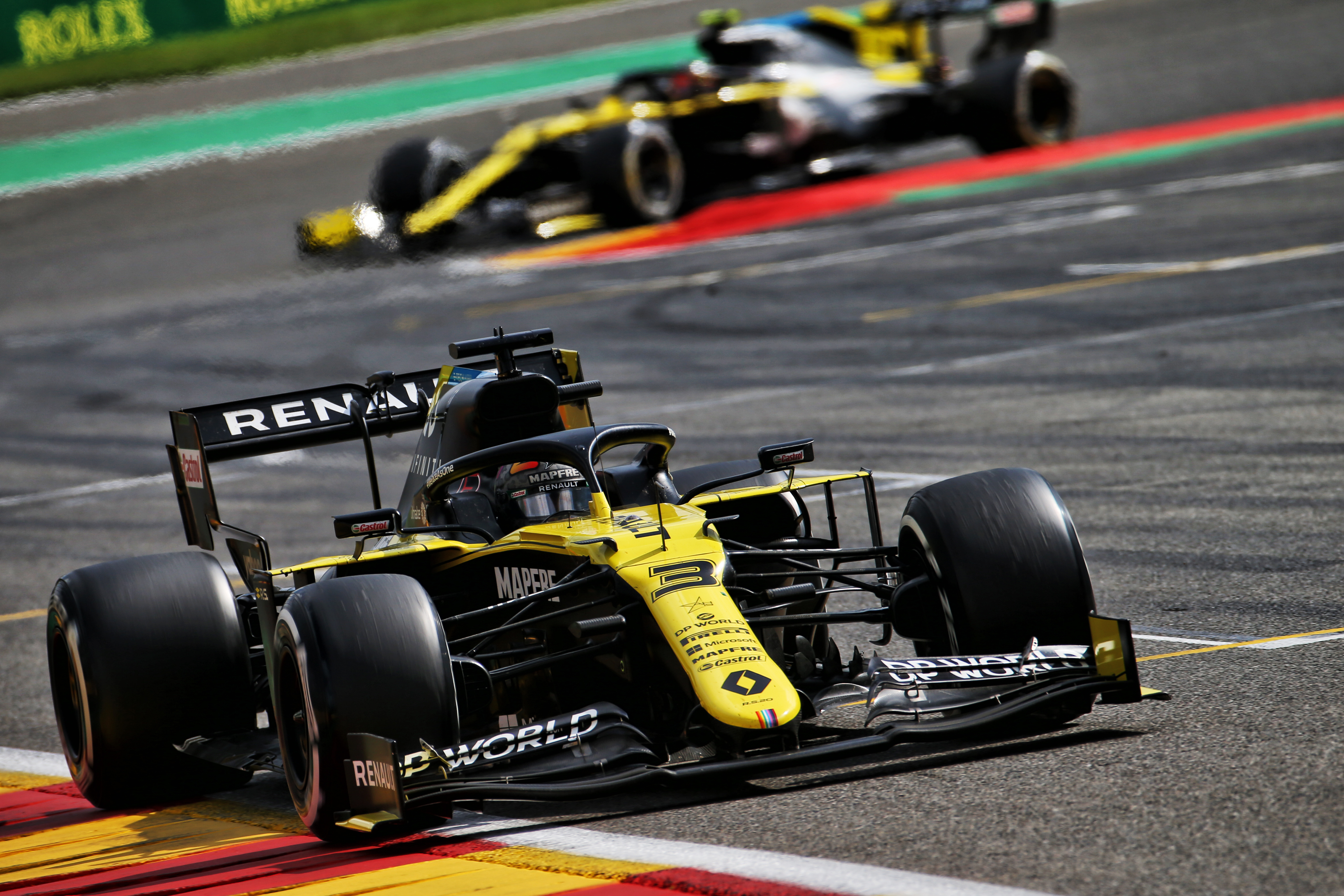 “These results are certainly what not only myself but for sure the team expected and expected from me and I expected from them,” said Ricciardo, who is leaving Renault at the end of 2020 after just two seasons, having decided before the current campaign even began to switch to McLaren.

“It’s not always about finishing on the podium but really putting some pressure on the likes of Max.

“That was really what we thought we could do. And it’s nice to show it now. Always the sooner the better, but also better late than never.

“We’ve proved ourselves on these low-downforce circuits now and the car does feel pretty amazing.

“OK, the podium would be the reward, but to have this sort of performance on on a high-downforce circuit… that would kind of align everyone’s expectations of where we thought we’d be.”

Listen to the Belgian Grand Prix review episode of The Race F1 Podcast, available from all good podcast suppliers 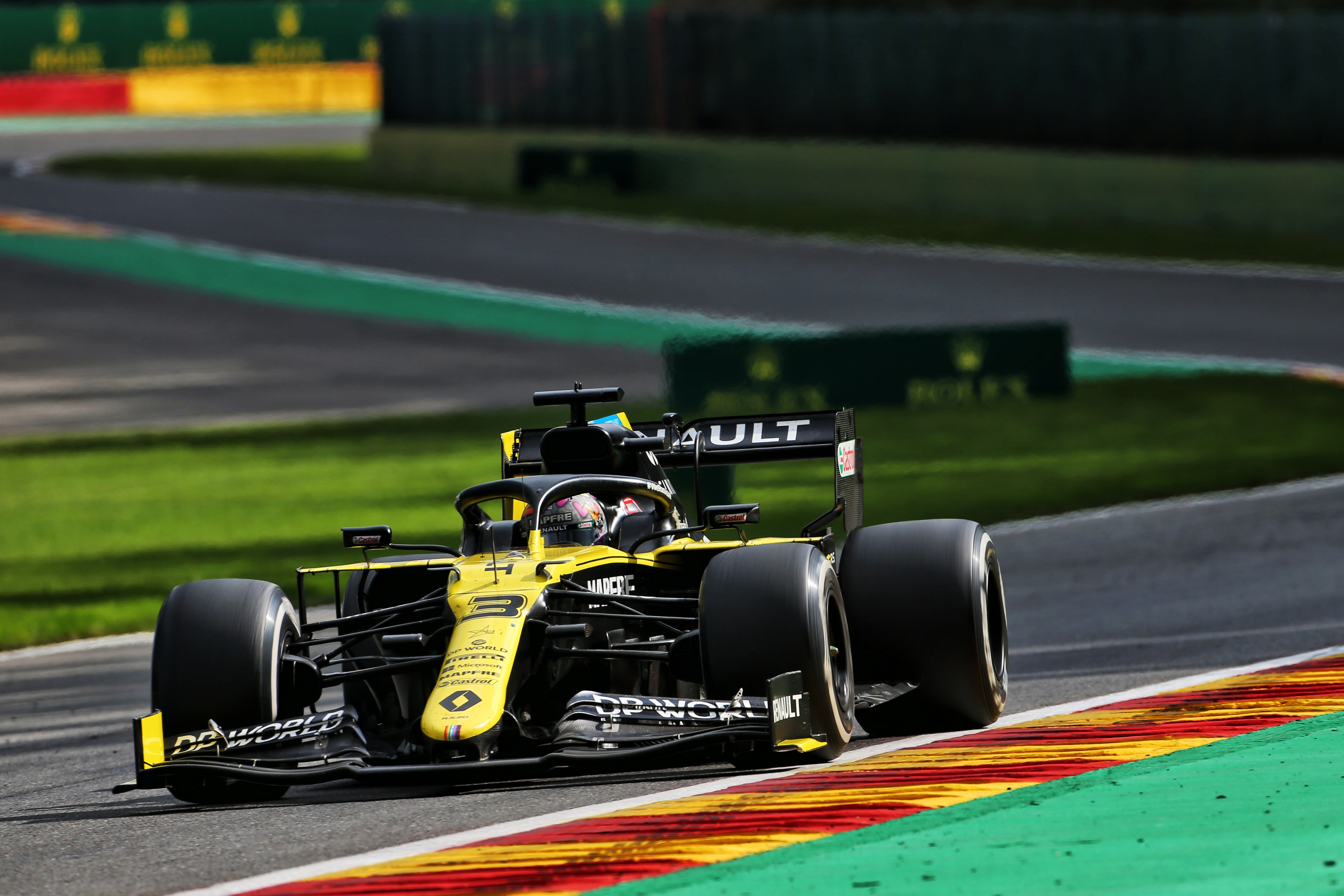