A comparison between last year’s Hungarian Grand Prix grid and that of 2020 quite neatly summarises the main emerging competitive themes of this new season.

It’s impossible to know with certainty how the track conditions compared with those of last year, but the tyres are the exact same specification and there are enough patterns spread across the teams to make some very clear pointers.

Mercedes appears to have made a sizeable year-on-year step with its car, possibly based around the aerodynamic improvement opened up by an extremely ambitious rear suspension solution (as we outlined here last week). 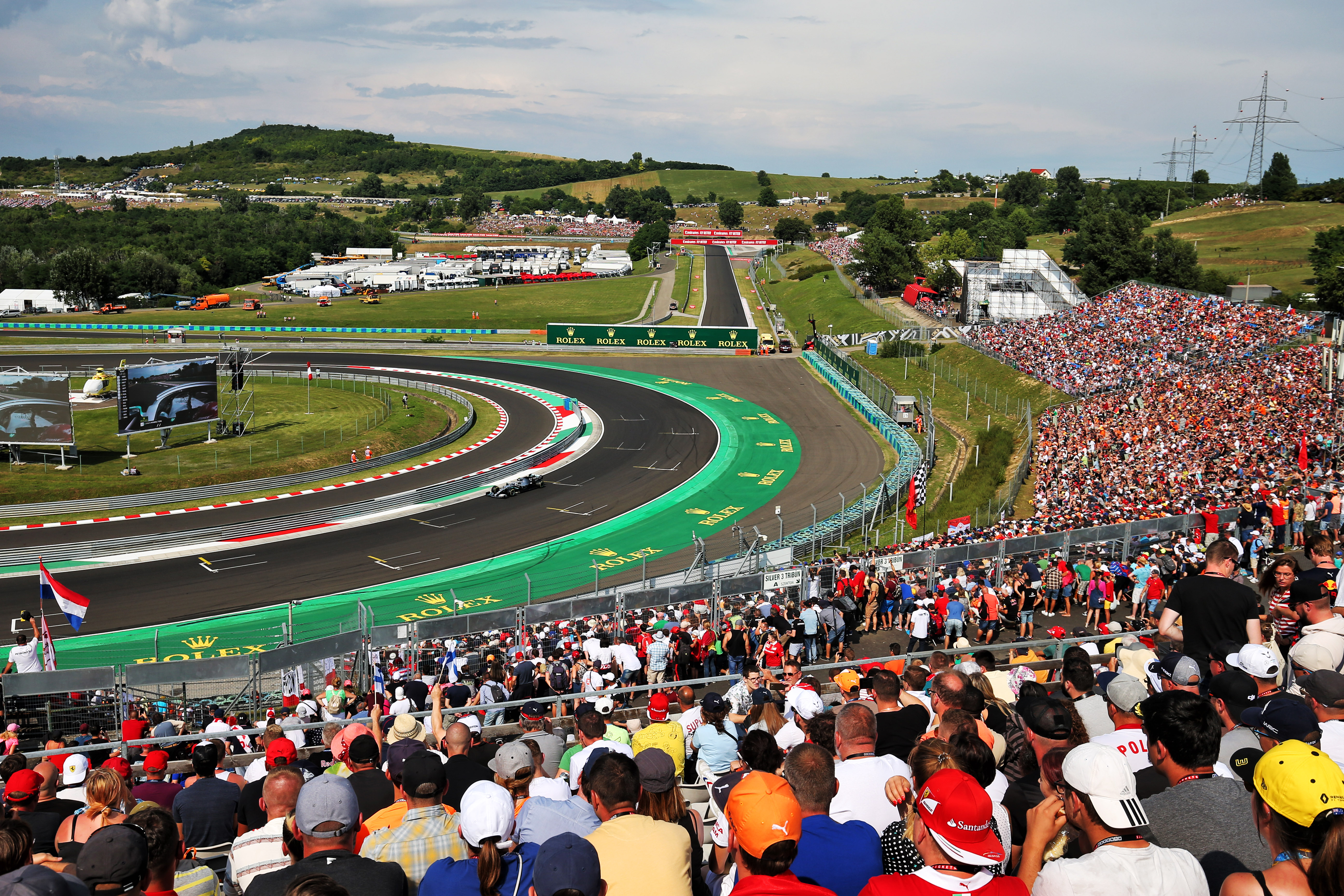 Last year Valtteri Bottas just lost out on pole position to Max Verstappen’s Red Bull with a 1m14.590s. This year Lewis Hamilton’s pole lap stood as 1m13.447s, with Bottas a bare tenth behind. That’s a 1.5% improvement, which is huge for an unchanged formula.

This improvement cannot be all car surely? Some of that must be track conditions? Maybe. Comparing Mercedes’ year-on-year improvement at the Red Bull Ring, the number was 0.5%. But perhaps the Austrian track was slower this year than last…

Let’s look then at the performance of the ‘pink Mercedes’, the Racing Point RP20, which is still creating waves of controversy for its almost like-for-likeness to last year’s Mercedes W10.

Lance Stroll qualified the RP20 0.269s faster than Bottas’ time from last year in the silver version of the same car. There wouldn’t be too many takers for the proposition that Stroll is inherently a quarter-second or more faster than Bottas. 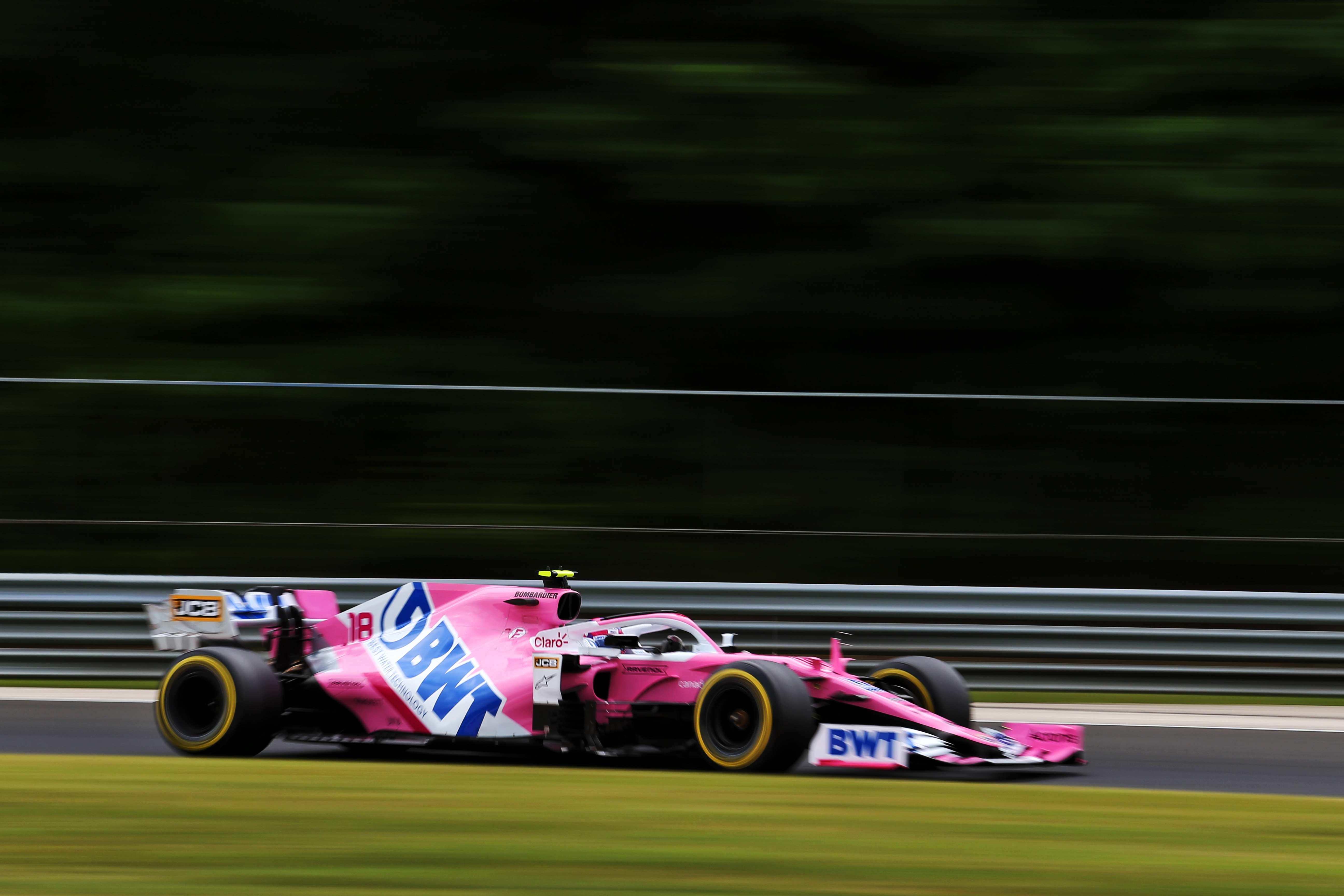 We can assume some, all, or more-than-all of that difference is about a faster track. The air was cooler – reflected by a track temperature of 26°C compared to last year’s 48°C. Cool air is denser than warm air and therefore creates more downforce by increasing the pressure differences over the aerodynamic surfaces.

The engines prefer the cool too, although the effect of that is minimised with a forced induction motor such as these, with the turbo automatically compensating for the different oxygen content. The cars did not need to be opened up aerodynamically anything like as much as last year; the extra cooling outlets and less tight-packaged bodyworks were not required this time. There could easily be as much as half a second per lap in that alone.

The soft tyre was at the upper end of its operating range in last year’s track conditions. This year’s track temperature was near-ideal for the soft.

Making such compensating adjustments, that would still leave the new Mercedes around half a second faster than the old one.

The team has made no secret of the fact it has made significant power gains despite the new technical directives that have so impacted upon Ferrari. 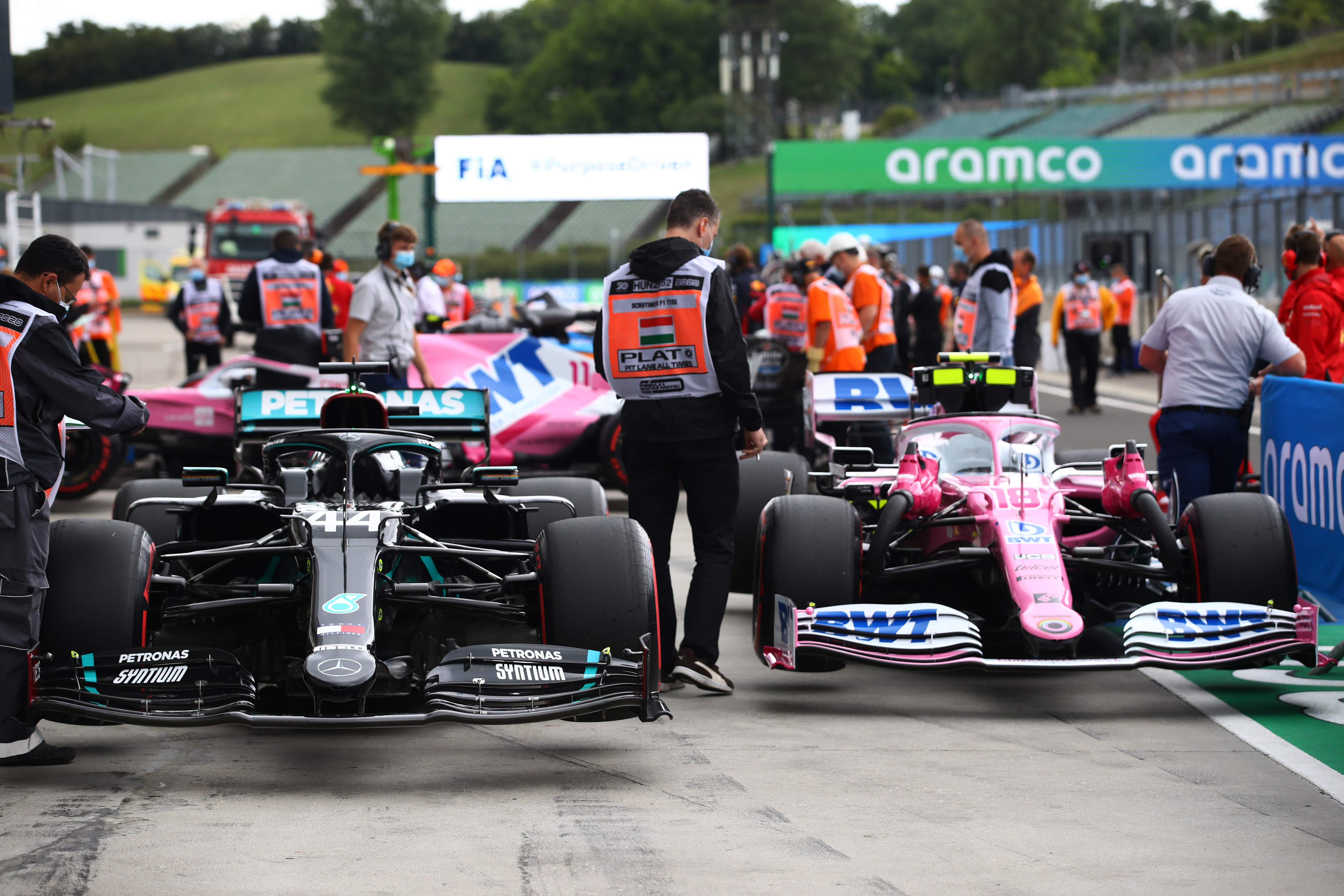 The Racing Point will of course also have benefited from the Mercedes power gains to the exact same extent. If we assume the track was (at a very approximate estimate) 0.5s faster this year, it means third-placed Stroll’s time – which was 0.93s slower than Hamilton’s pole – is still highly creditable. On a track perhaps half a second faster, he’s lapped a quarter of a second faster than last year’s Mercedes, albeit with some help from an improved power unit since then.

What about the rest of the top 10? The Ferrari can hardly be said to be competitive at 1.9% off Hamilton’s pole and although Sebastian Vettel’s equalling of his fifth place grid position from last year was flattered by Red Bull’s problems, he did actually lap 0.269s faster than last year’s car (albeit on a track that was probably faster by more than that amount).

Ferrari itself claims the SF1000 has more downforce than last year’s car, but it’s clearly also got significantly less power. Downforce is well-rewarded around the Hungaroring and lack of power is not unduly punished, hence this might be expected to be one of the car’s better showings, as currently configured. 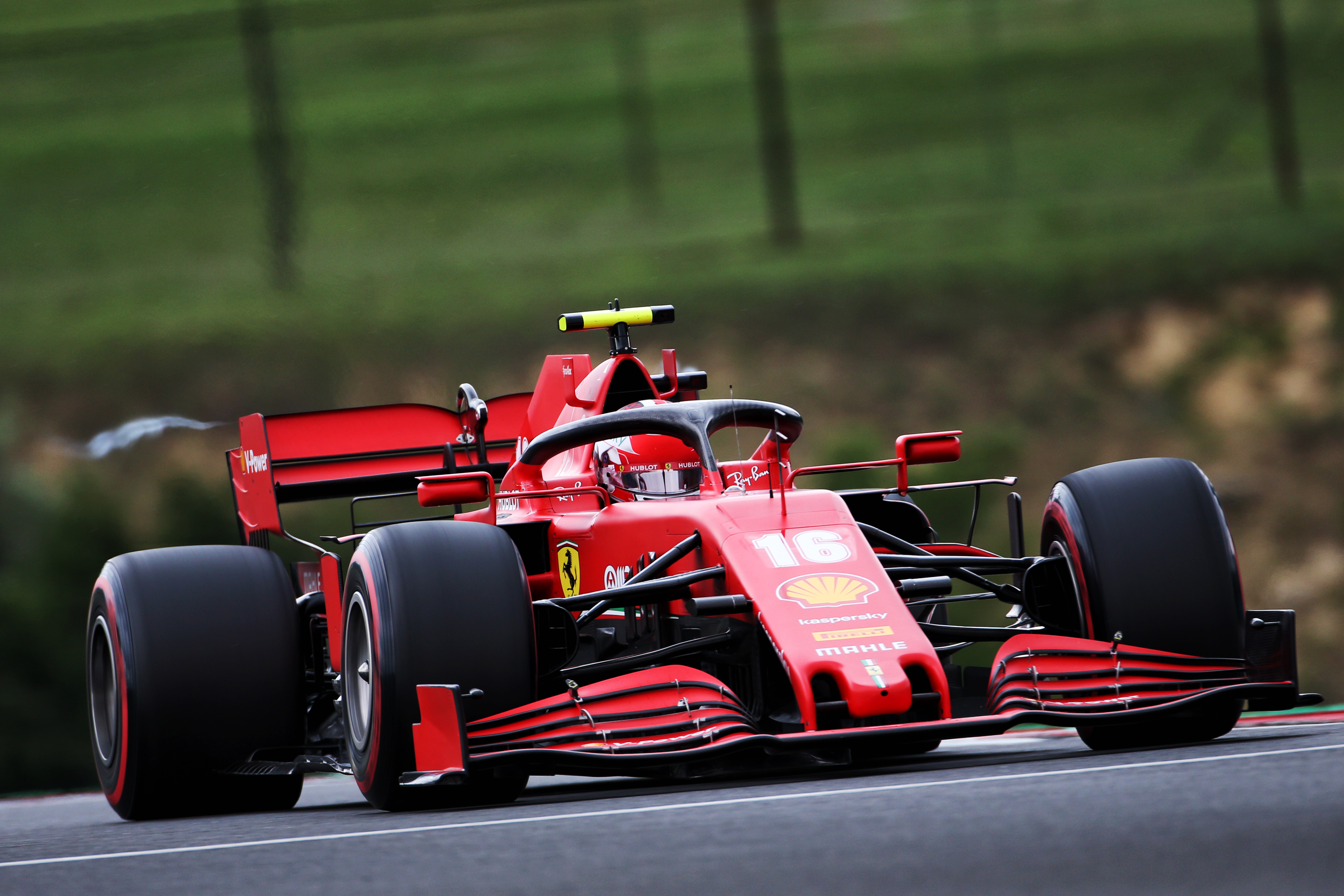 GPS analysis suggests that the current Ferrari is around 50bhp down on that of last year in Q3 trim. The track sensitivity figures for each track suggest that even at a relatively power-insensitive track as this, such a deficit would cost around 0.6s (in Austria it would have been more like 0.9s).

Let’s run with that loose estimate of the track being 0.5s faster. Vettel qualified just over a quarter-of-second faster on a track faster by 0.5s, suggesting in reality he’d lost around a quarter-of-a-second. If the power loss costs 0.6s, it implies its downforce is about 0.35s better.

All of which puts Red Bull’s Hungaroring problems into very sharp relief. Verstappen – on a track perhaps 0.5s faster than last year – lapped 0.277s slower than his own 2019 pole position time. Implying that on like-for-like track conditions the RB16 would be around 0.7s slower around here than its predecessor. 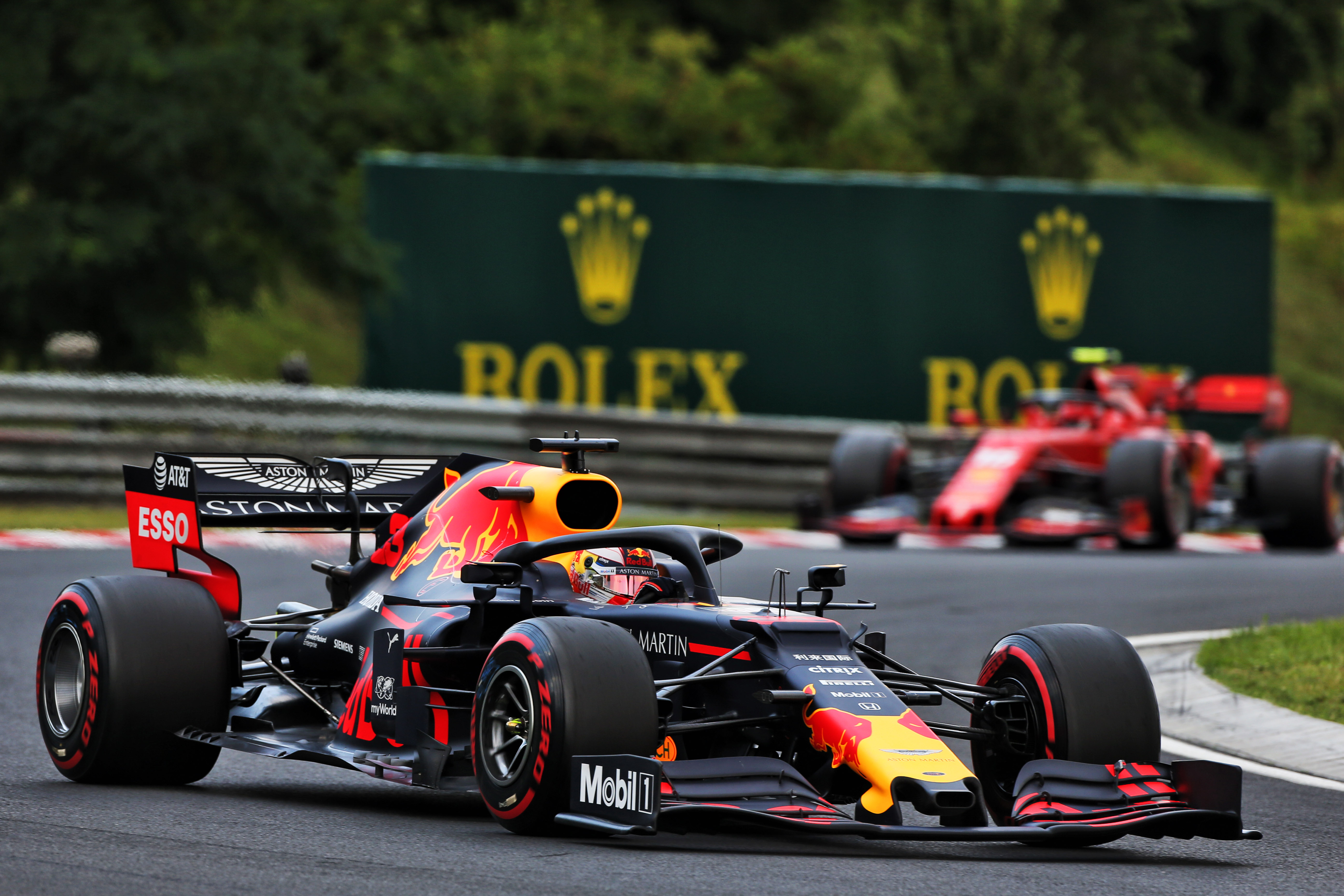 At this track, Red Bull has lost about three times as much performance year-on-year as the Ferrari! That wasn’t the case in Austria (where it pretty much equalled its time from last year), suggesting there is something about the Hungaroring that is aggravating whatever its underlying problem is.

Renault appears to have regressed slightly since last year, lapping just 0.1s faster on a track likely faster by more than that amount.

Williams has made impressive gains (albeit from a very low base), George Russell lapping 1.5s faster than he managed last year to go 12th-quickest, way more than can be accounted for by more favourable conditions.

Such a comparison can never be an accurate science, but the patterns give a good snapshot of the competitive dynamic. 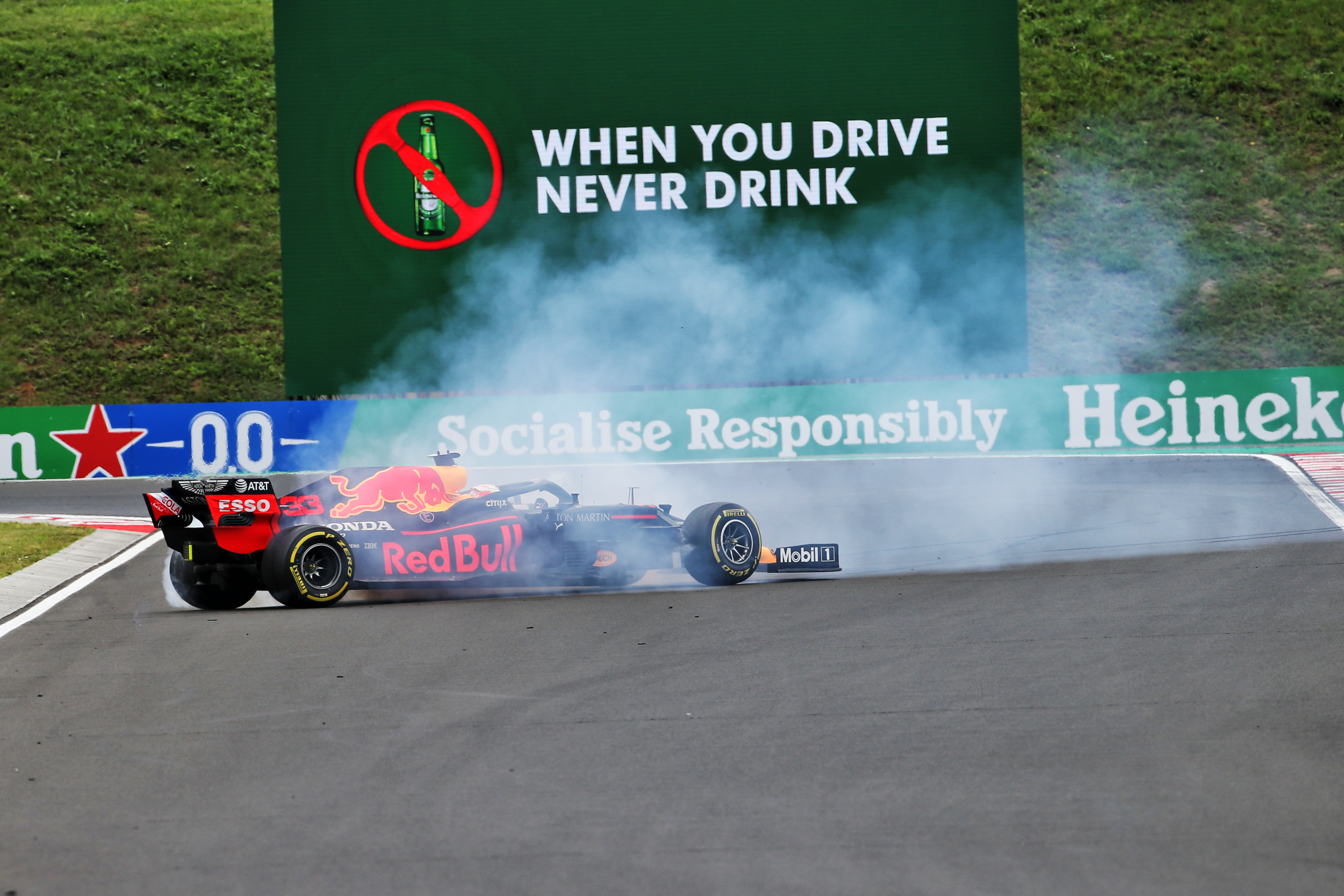