How Perez will match up to Verstappen

Sergio Perez never liked the ‘king of the midfield’ title that is the obvious epithet for his Formula 1 career.

Next year, he has the chance to shed it for good with the first genuine frontline drive he’s had – the only downside being that he’s sharing the Red Bull garage with Max Verstappen.

The 30-year-old Mexican has been here before. He was McLaren’s choice to take the seat vacated by Lewis Hamilton for 2013 at a time when it was a race-winning team. 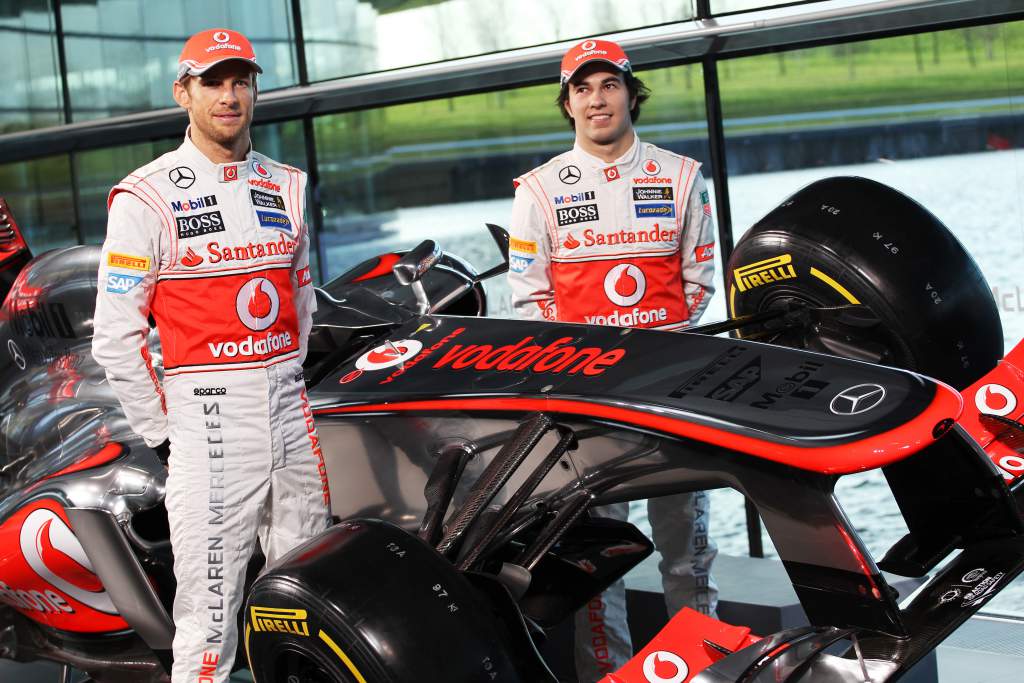 He measured up respectability against Jenson Button on track that year, yet didn’t always endear himself to the engineering team.

Perhaps more allowances should have been made given he was only 23 and in his third season, but he wasn’t yet the fully-rounded performer we have seen during the past couple of seasons. And McLaren’s slide meant that what seemed like a shot at the front proved not to be one.

Arguably, this is the tougher assignment. Perez has to take on Verstappen, a driver who has made mincemeat of his last two team-mates – Alex Albon and Pierre Gasly, and who was an indirect reason for Daniel Ricciardo moving on to Renault. 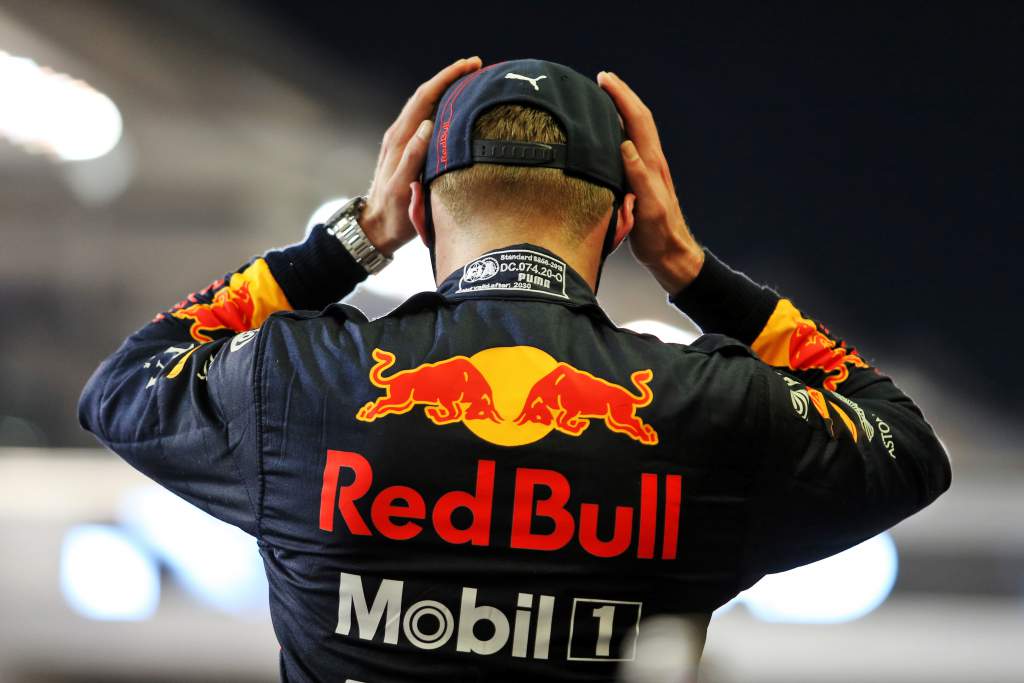 So now Perez has got the shot so many argued he should get, what will he make of it?

First, make no mistake – in his own mind, Perez isn’t there simply to be Verstappen’s support act.

“His slip control on the throttle coming out of the corners is just remarkable, it’s like he’s got built-in traction control” :: Andrew Green

Even if that’s the reason Red Bull has picked him, he will be determined to show that he’s a driver who can do more than trundle around three tenths of a second off Verstappen’s qualifying pace and consistently pick up the points in races. 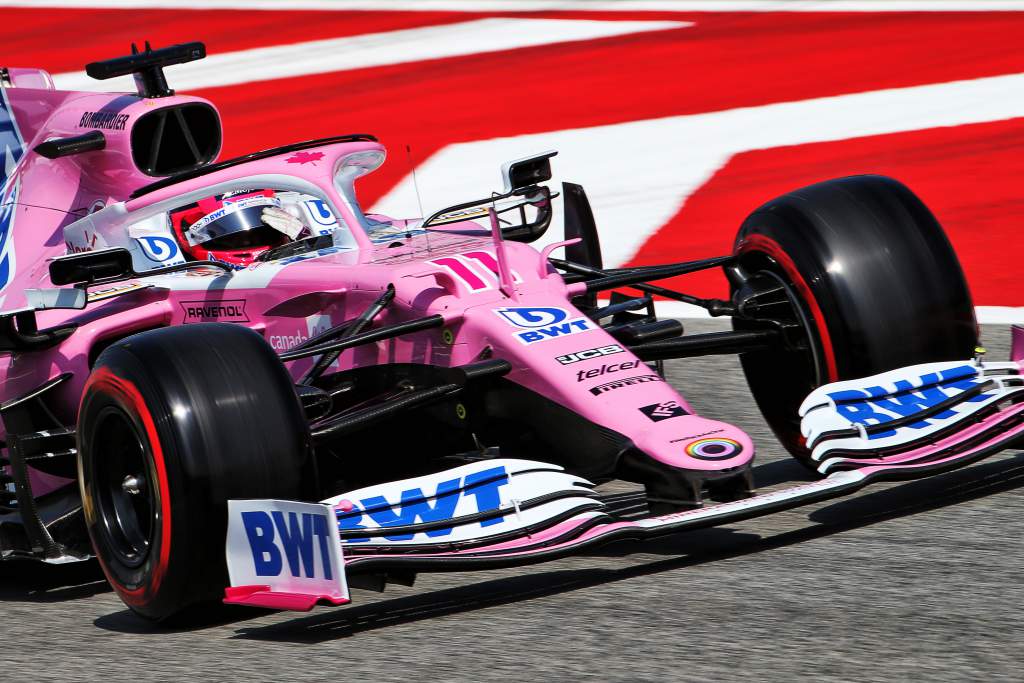 Perez has earned the right to that ambition. But realistic targets have to be set, and it is a question of how close he can get to Verstappen rather than how regularly he can beat him on Saturdays.

Qualifying has never been Perez’s strongest suit. That doesn’t mean he’s bad at it, merely that he’s not the driver you would bet the farm on squeezing that last tenth-and-a-half out of the car in every qualifying session.

Even back when he signed for McLaren, it was clear that this was the biggest area for improvement – as he had had the edge over Sauber team-mate Kamui Kobayashi but not by an enormous margin. 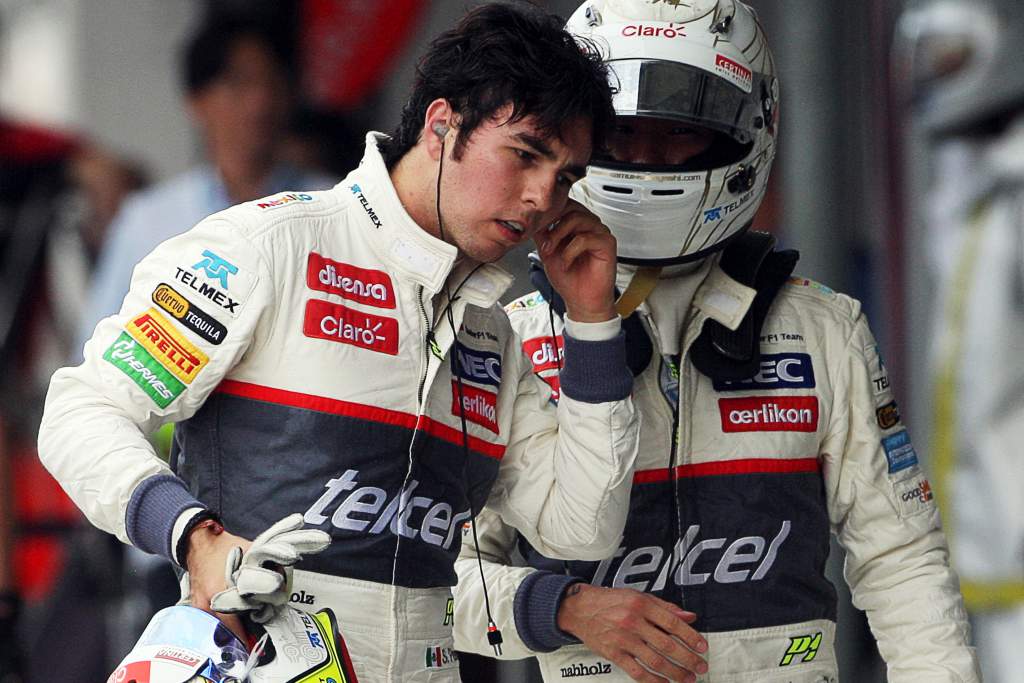 He’s outperformed Lance Stroll on that score over the past few seasons and had a decent record up against Nico Hulkenberg and Esteban Ocon before that – although in their second season together in 2017 Ocon was marginally the quicker driver over a lap.

But Saturday afternoon specials are not the cornerstone of Perez’s game. He can afford to be behind Verstappen most of the time, just not by too big a margin. 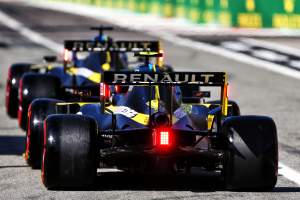 Red Bull motorsport advisor Helmut Marko has referenced the magic three tenths of a second as the threshold to get to. Albon didn’t manage this, with his average adjusted deficit about half a second.

It’s perfectly plausible that even if the Red Bull continues to be tricky, Perez could do better than that.

He might also have the advantage of a more user-friendly car package as the team has the chance to fix some locked-in weaknesses that have led to compromises to cure its early-season deficiencies in faster corners.

It’s not been the easiest car to drive even once that compromise was struck, but next year’s should be better. 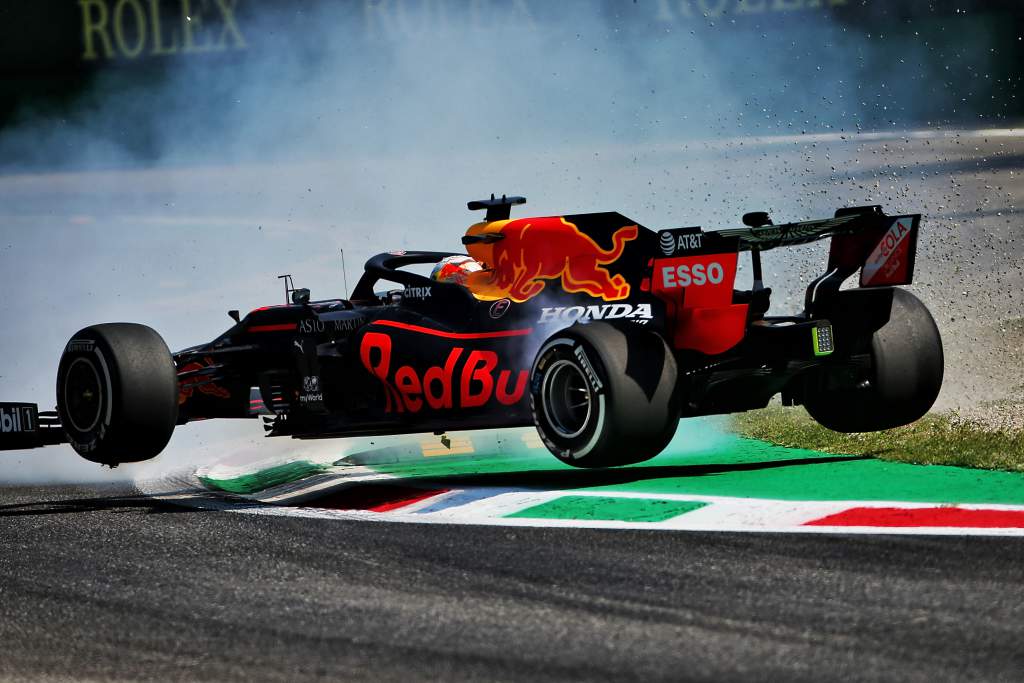 But either way, Perez should be close enough to Verstappen to tick the qualifying box for Red Bull, even if he’s not going to be a Valtteri Bottas-type pressure point every week.

Being in the 0.2-0.3s bracket over the season, hopefully towards the lower end, is something Perez should deliver – provided he doesn’t have some fundamental problem with adapting to the demands of the car. Of course, the chances of him having the same problems Albon and Gasly had are reduced by his wealth of experience.

The reason Perez can still make a go of it even with what would be a qualifying game that’s good rather than great is how strong he is on Sundays. 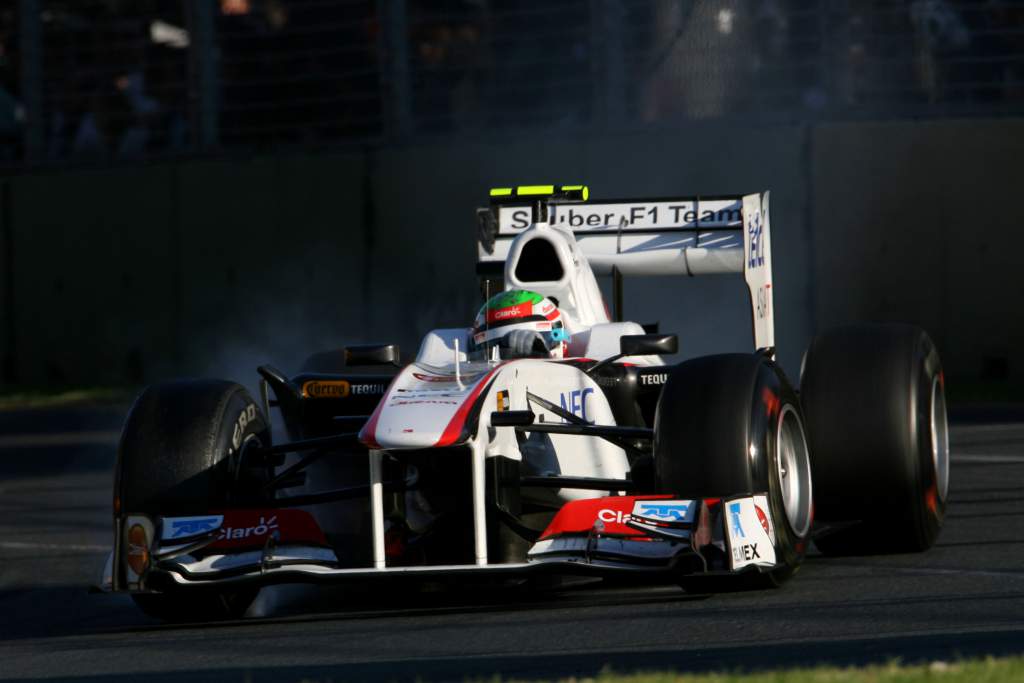 Right from the start of his grand prix career, where he showed his tyre management expertise by being the only driver to one-stop on his debut in Melbourne in 2011 to finish seventh on the road – a result often forgotten, largely because both Saubers were subsequently disqualified for rear wing irregularities – he’s been a superb performer here.

In a way, he’s the perfect driver for the Pirelli era. His tyre sensitivity and capacity to manage the tyre slip is second-to-none, hence he’s delivered endless long-stint masterclasses over the years.

As Racing Point technical director Andy Green explained in F1’s Beyond The Grid podcast earlier this year, he combines that with outstanding feedback. 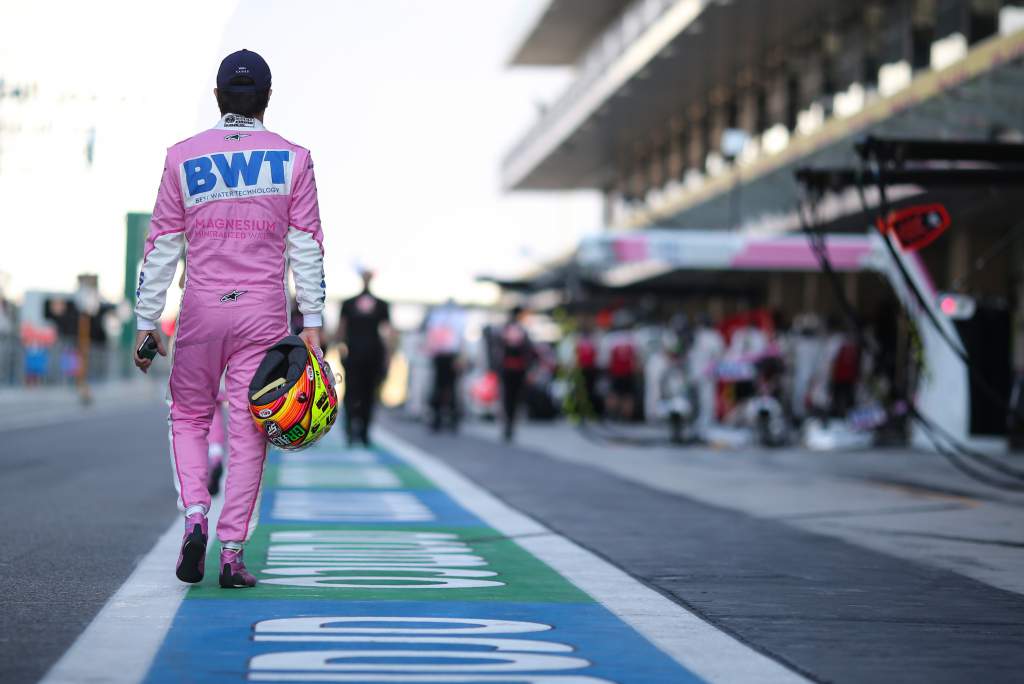 “His feedback has always been amazing, his mental capacity to drive the car and feed back on what the car is doing – and on a Sunday afternoon with the race around him – means for me he is one of the best,” said Green.

“His tyre management is in the top two or three on the grid, there’s not many who can do better.

“He just has that feeling as he goes into the corner of what the tyre’s doing, what it needs, what he needs out of it.

“His slip control on the throttle coming out of the corners is just remarkable, it’s like he’s got built-in traction control.” 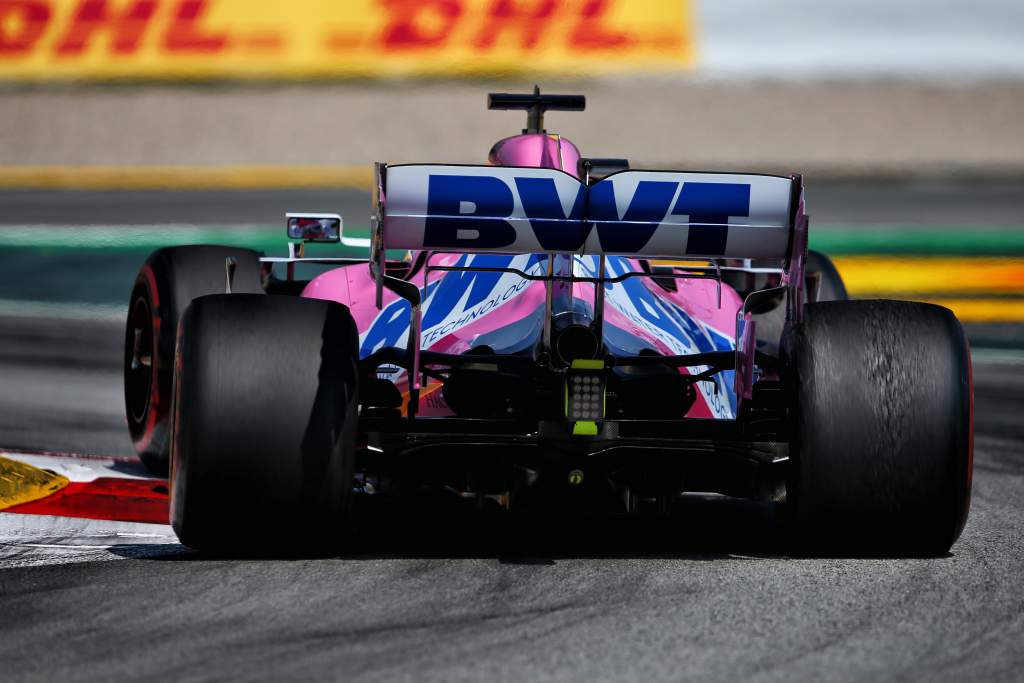 This might sound mundane, playing to the narrative of contemporary F1 being all about management and hardly stirring the soul, but Perez does that while also having the capacity to force the issue at key moments. He absolutely delivers speed and passing moves at the critical times needed to make his race.

To make the most of this chance, Perez needs to tread a fine line

While the Racing Point was a quick car, his last-to-first victory in the Sakhir Grand Prix was a fine drive.

He had to clear the stragglers quickly, which he did, then get on terms with the leading midfielders to be in position to step in when Mercedes staged its pitlane comedy. That wasn’t trivial. 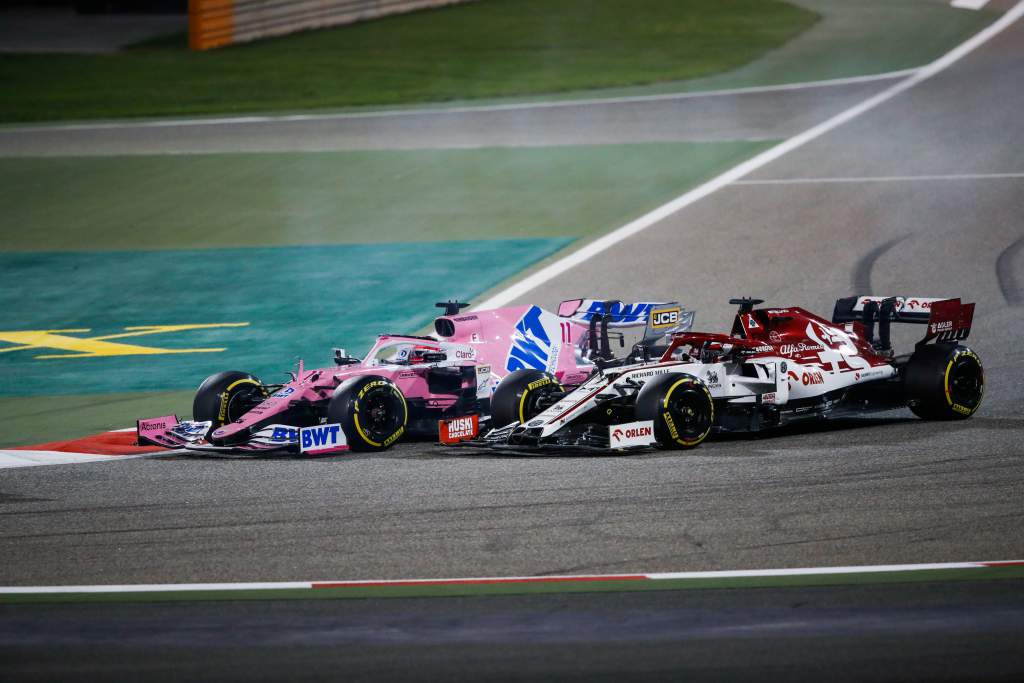 Even in his Racing Point swansong in Abu Dhabi last week, Perez showed that knack by picking off the six ‘Class C’ cars by halfway round lap seven, having dropped from 19th on the grid and been 20th on the opening lap.

Granted, he was only passing Alfa Romeo, Williams and Haas machinery, but he minimised the race time while doing so and didn’t get bogged down.

This pattern has been evident time and time again – just look at his charge from a poor grid position in the early stages of the Styrian Grand Prix.

The Red Bull hasn’t been the easiest car on its tyres this year, something that could improve next year, but either way it’s a strength Perez brings. 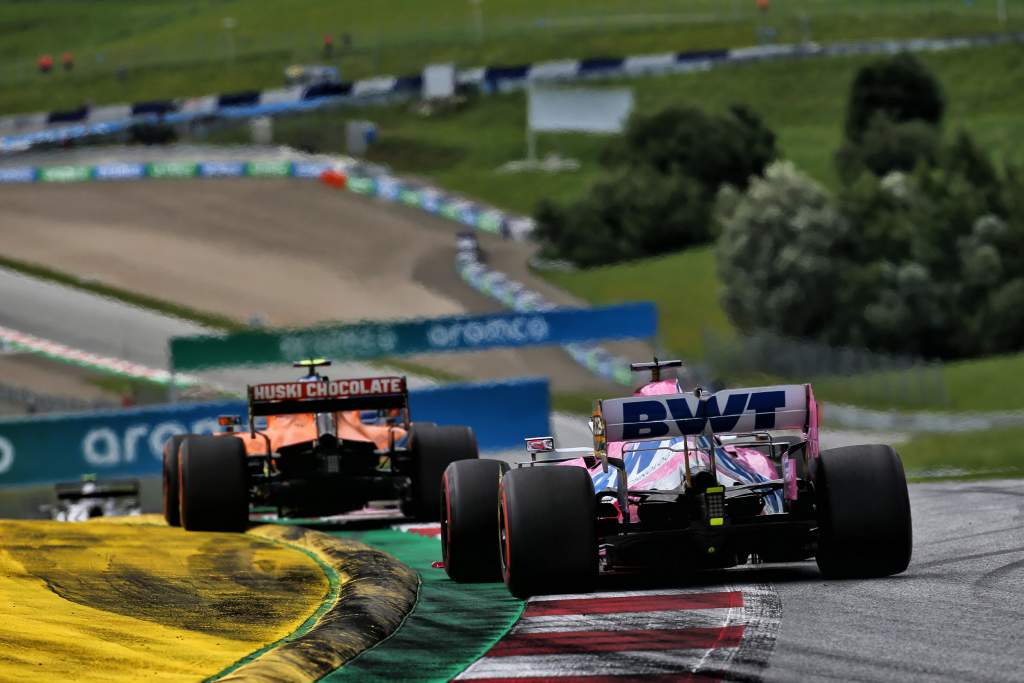 What his skillset also allows Red Bull to do with Perez is run some unusual strategies, put his car in places that can cause Mercedes some headaches. What it really needs, and it’s something that has happened rarely over the past two years, is two bulls in the race at the front.

He will also offer an interesting contribution on car set-up. A contributing factor to his race pace being so strong is that he remains laser-focused on the race set-up and tyre preservation.

While Verstappen is a keen student of the art of tyre management, and has been one going back to his Toro Rosso days, Perez could bring some new approaches to the table.

To make the most of this chance, Perez needs to tread a fine line.

If you accept you are a number two from the start, you slide into the role and can never break free of it. Many drivers have effectively become ‘number threes’ thanks to accepting their lot.

The days when you could ease yourself in are long gone and to be the best supporting act Perez can be, he has to try to perform like a leader.

But he also cannot pile into the team, shouting the odds and causing trouble with Verstappen. 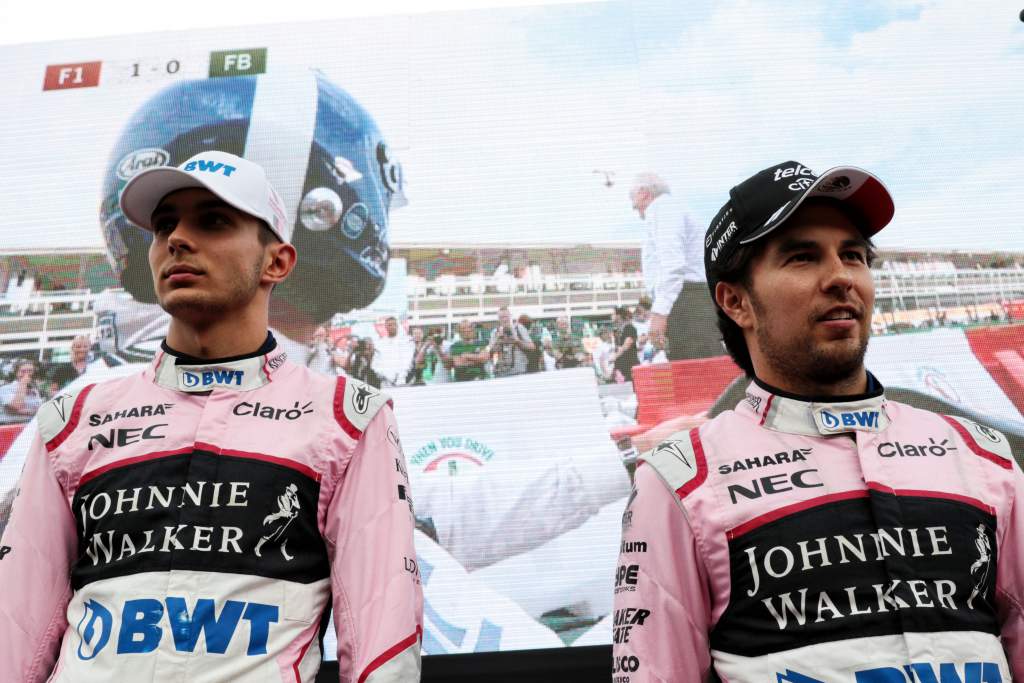 Remember, Perez has had a few incidents with team-mates in the past, notably with Ocon. And while it’s ancient history today, Button was hardly delighted with him in Bahrain 2013.

The one thing worse than a desperately underperforming team-mate for Red Bull would be one who provokes a civil war. But Perez has learned how to conduct himself over the years so he will recognise the need to take a measured approach.

Perez will seek to establish himself as more than a support act for Verstappen without turning the team against him by causing problems, while also ensuring he makes the most of what is likely to be his shot at the big-time. 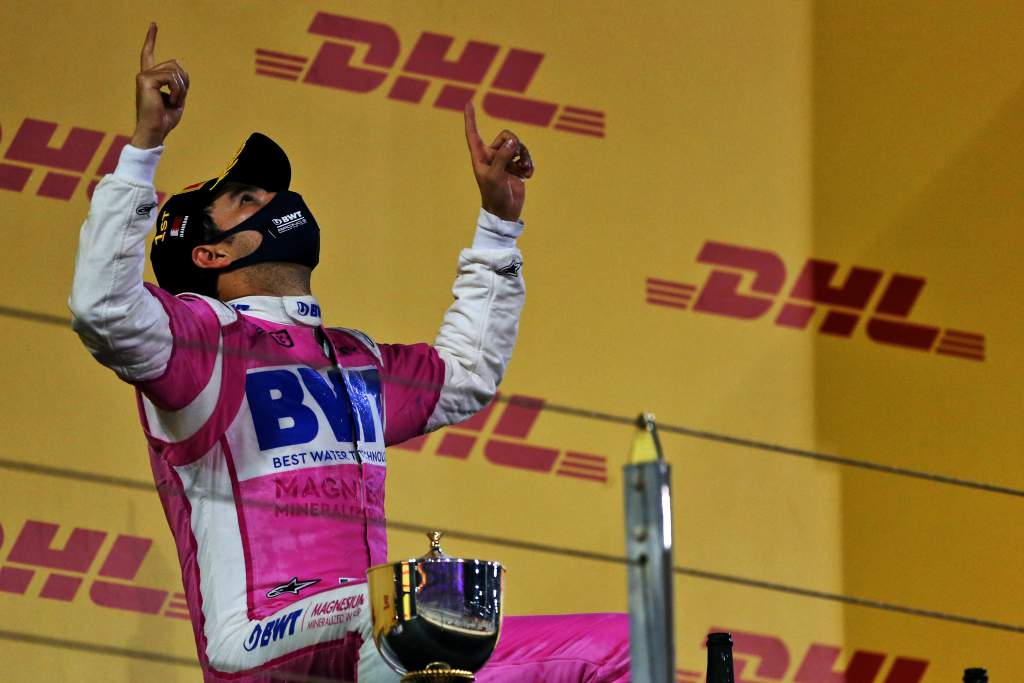 He’s a superb driver, not quite in Verstappen or Hamilton’s class, but then again, who is? What he can do is show Red Bull what it’s been missing for the past couple of years by being the perfect support act to Verstappen – and, unlike his predecessors, consistently being a presence in the group at the front. That’s what Red Bull signed Perez to do and that is exactly what he should deliver.

And whatever happens, this is the opportunity once and for all to test whether he really can be more than the king of the midfield.