How Hungarian GP would have restarted if everyone had pitted

The Hungarian Grand Prix would have been restarted with a full start procedure, including the five red lights, even if no cars had been on the grid.

The race had started in damp conditions and with everyone on intermediate tyres but by the time the race was restarting the track was dry.

That led to the unprecedented sight of only poleman Lewis Hamilton rounding the final corner to line up for the full standing restart, while the other 14 cars returned to the pits to change to slick tyres.

With Hamilton in position the medical car lined up at the back of the starting grid, the normal starting procedure was initiated, and Hamilton took the start solo while the rest of the field was able to leave the pits once he had passed the pitlane exit.

One of the curiosities post-race was how such a start would have been carried out if no cars had been on the grid.

There is no specific detail in the sporting regulations for this scenario but FIA race director Michael Masi has revealed that the full normal start process would have been followed. 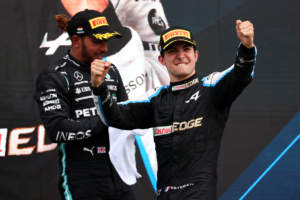 The final car into the pitlane would have been the equivalent of the final car taking its position on the starting grid.

When that car entered the pitlane the start signal would have been initiated, with five red lights turning on and being extinguished.

Once that happened, the green light at the pit exit would have shown and the field would have returned to the track in the order they lined up at the exit.

Masi indicated that it could be discussed in the future.

“It’s something no one could ever really have foreseen but we’ll let things calm down and have a chat about in the light of day with all of the sporting directors,” he said.

“But having spoken to some of them already, up and down, some of them really said was it really a bad thing!” 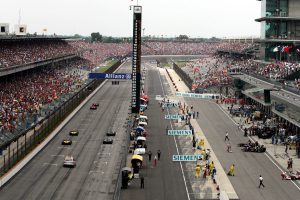 The unusual situation was vaguely reminiscent of F1’s 2005 United States Grand Prix with only six cars on the grid for the start, although that situation was far more farcical given it was a full withdrawal from the remaining competitors.

Asked if he could believe his eyes, Masi replied: “I saw Lewis pass the safety car line and then saw Esteban dive in quite late, but at that point, no, not really.

“I haven’t had one of those before.”