Modern-day Formula 1 is often criticised for being too sterile but there is one forum in which raw emotion reigns supreme: the team radio.

Given drivers have to activate their communication system to converse with their engineer and team by pushing a button on the steering wheel, it’s amusing just what drivers feel is necessary to be broadcast over the radio rather than just vented to themselves inside the crash helmet.

Whether it’s cathartic, automatic or deliberate, who cares? It exposes visceral human reaction in the heat of battle, and that’s ultra-valuable in a sport where drivers are increasingly separated from the audience. 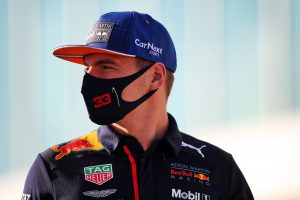 Often this passes without much controversy and some colourful language or eyebrow-raising opinions is as far as the drama really goes. Over the Portuguese Grand Prix weekend there was a more unfortunate outcome to tension spilling over.

By now you are probably aware of Max Verstappen’s choice of language in free practice at Algarve, after his collision on Friday with Lance Stroll. Oblivious to its true meaning, he took to the team radio to vent over Stroll, shouting terminology that’s derogatory towards people with Downs Syndrome and Mongolians. It shouldn’t have been used in the first place, so we won’t be repeating it here. 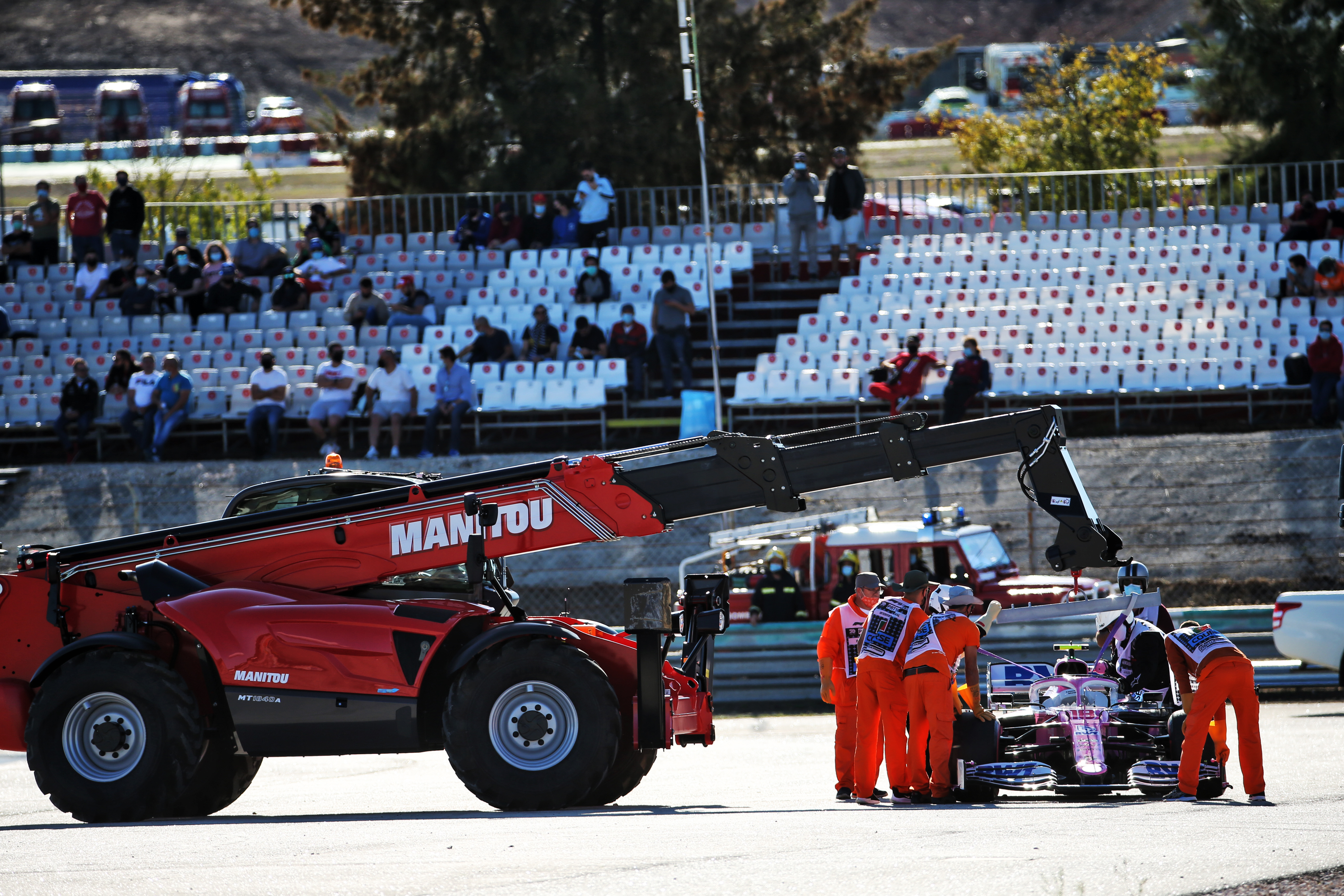 On Sunday, Stroll was the unknowing victim of more verbal abuse when Lando Norris branded him a c**t for a foolish move that wrecked both their races and earned Stroll a five-second penalty. On his cool-down lap at the end of the race, Norris radioed his team to apologise for the language he used. 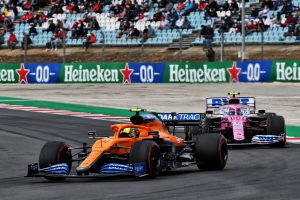 Norris fuming with Stroll: ‘He crashes a lot’
Read more

In Norris’s case, it’s a word that’s still widely considered extremely vulgar, even though its usage has become more frequent. One could argue whether the apology was overkill, but it was issued because he knows it could have caused offence. It’s too easy to think it’s ‘just swearing’, because these things are always interpreted differently and F1 has a vast and diverse audience.

But speaking of diversity…in Verstappen’s case the root cause of an offensive outburst was in a lack of understanding.

It’s important to recognise that the terminology is an insult that has been used for a long time – to the point where the words are known or used in that context often without understand the origins, or why it is offensive. That is not to say Verstappen was right to use either of his slurs. It is utterly wrong that they remain a known part of many people’s vocabulary. It’s simply important context because it is the difference between malice and ignorance.

These two incidents are not identical. One is more obviously problematic than the other. And the less-offensive of the two was the one that drew the public apology while the other was dealt with more in private. But they were high-profile as both were relayed on the world feed as censored messages. And the full unrestricted versions were quickly known – which is why we’re discussing it now. 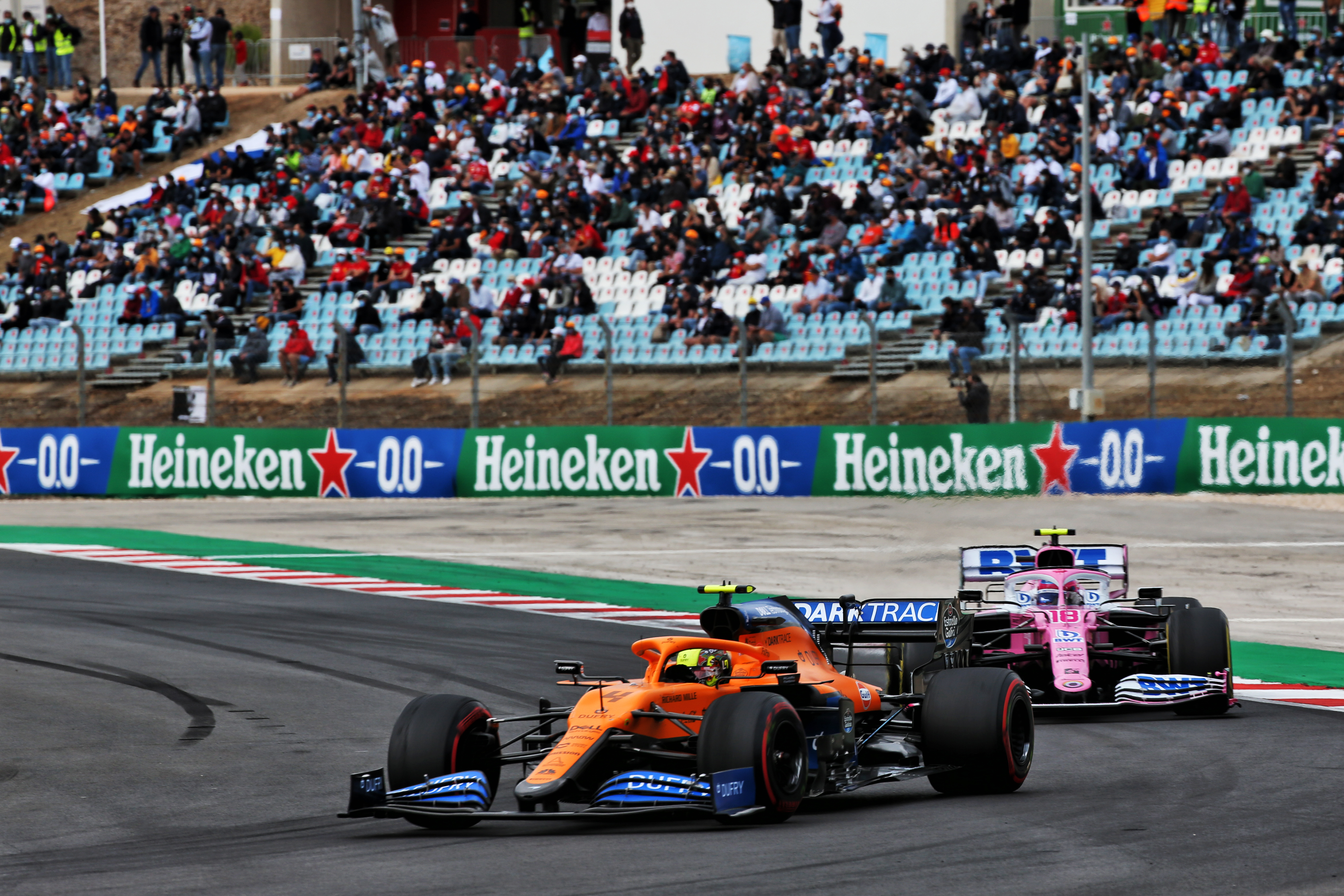 F1’s desire to consistently increase the access fans have means team radio has become a fundamental part of the fabric of a grand prix weekend’s broadcast, and the F1TV service launched under Liberty Media allows subscribers to ride onboard with any driver in any session with the team radio open and live.

The insight that offers is phenomenal, as is the authenticity. While team radio messages are quickly deployed in the world feed, they are still broadcast selectively and censored if inappropriate. Whereas if the driver you’re following live onboard has a grievance to air, you’ll hear it live and unfiltered.

Drivers should realise they are always at risk of being broadcast now, so ‘I didn’t think it would be relayed’ isn’t an excuse anymore. But therefore these radio outbursts matter. It’s easy to say the incidents – especially Verstappen’s, given it has resulted in a Mongolian cultural awareness charity condemning him and demanding a public apology – have been blown out of proportion. But in addition to the very obvious moral obligation of to avoid discrimination at all cost that we should all be mindful of, F1 fans have a vested interest in this being handled correctly.

If the response to what Max said is ‘F1 is too PC these days, you can’t say anything’ then drivers might be minded to censor themselves. Especially a driver like Verstappen who has said what he said because, he and his team insist, he didn’t understand the connotation. So the default reaction will be “I need to use the radio less” rather than understanding why it was what they said – rather than the fact they said something – that’s the problem. 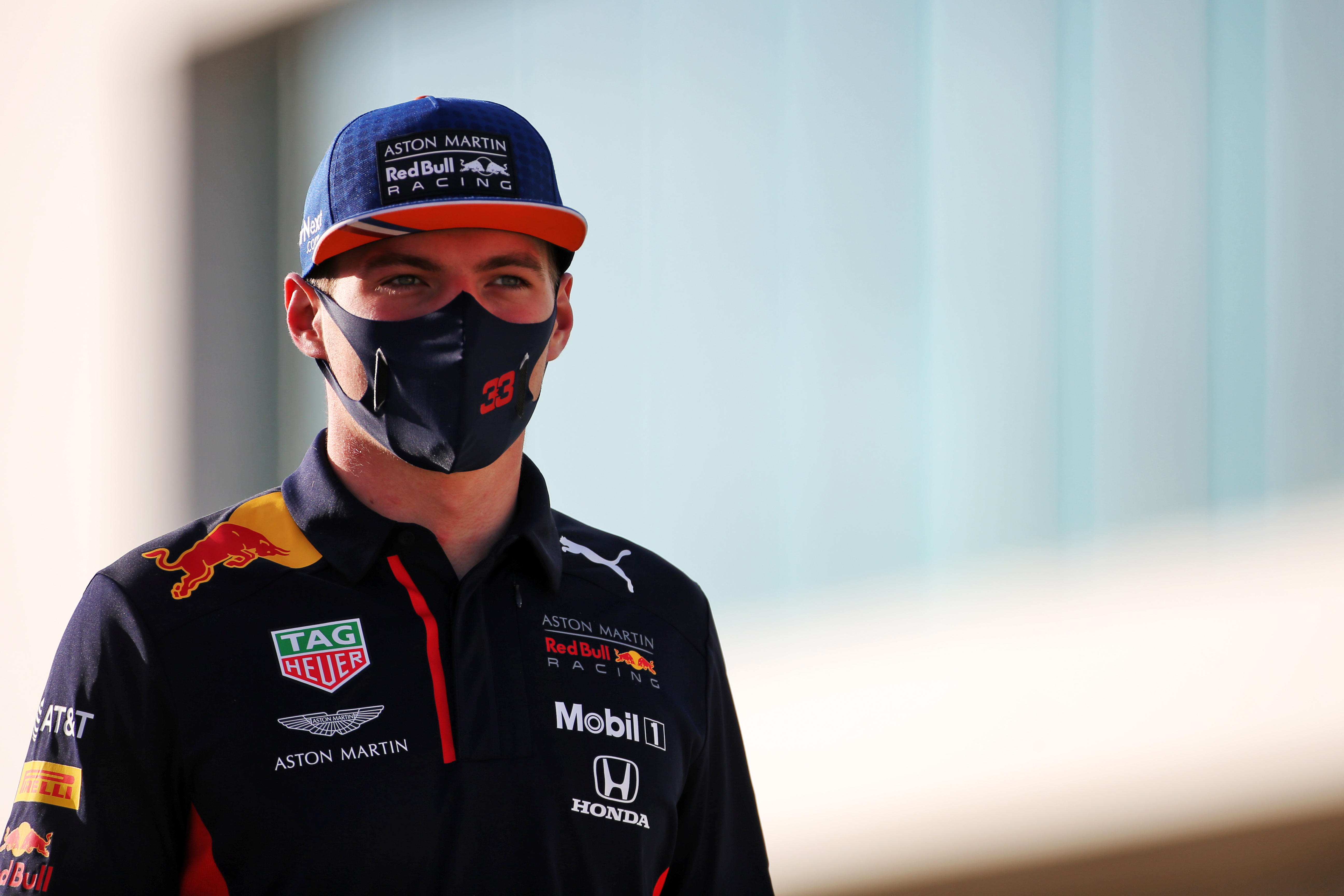 That’s foolish and totally avoidable. Curse words and frustration, used without excess, form part of the narrative. F1TV subscribers must be 16 or older, so this should not be being broadcast directly to children. And it is not feasible to expect drivers to rein it in in the heat of the moment.

But it’s the driver’s responsibility to know which words should and shouldn’t be in their vocabulary anyway. And it’s the responsibility of their team, F1 and the FIA to act accordingly should they cross the line. One of the real shames of the Verstappen episode is that he was guilty of using similar terminology in 2017 – that he has continued to use it, seemingly still oblivious to its meaning, suggests nobody bothered to explain why he was wrong back then.

These incidents, which feel small, do matter. Because instead of defensiveness and attempts to play them down or bat them away as ‘he didn’t know what he was saying’, the response should be to challenge the language used in a constructive manner. That way the speaker can understand where the issue is and why it’s offensive, then some good can come of it because it facilitates education (which is the main objective in the bigger picture anyway).

They have been confronted, of course. Norris self-policed it pretty quickly. Our understanding is that Red Bull made it clear it does not condone such language and Verstappen was genuinely unaware of its meaning. 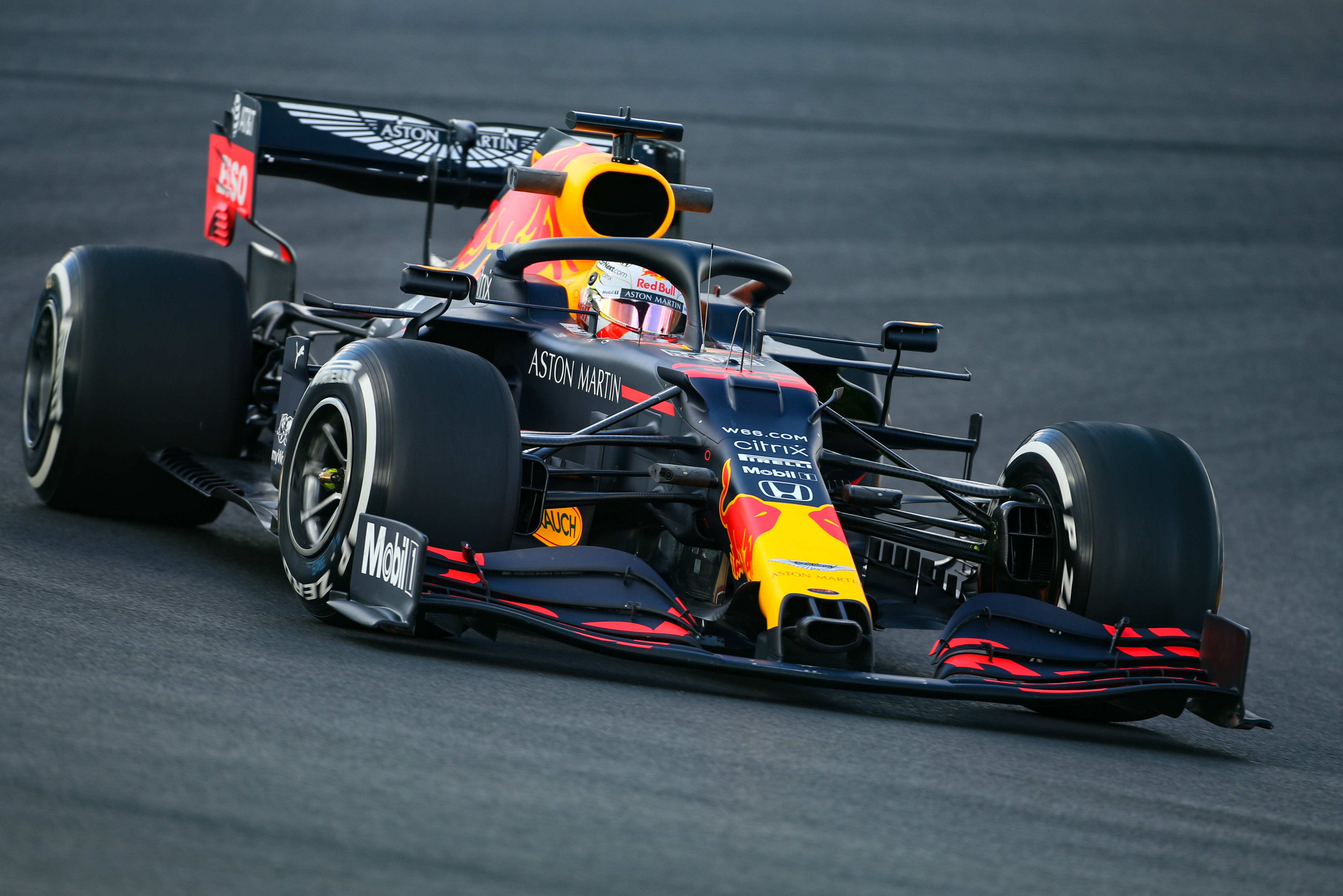 “We do not condone Max’s comments on the team radio in Portugal,” said team boss Christian Horner. “They were made in the heat of the moment when emotions were running high and Max did not mean to cause any offence. We have discussed this matter with Max internally.”

So, at the very least, Verstappen is now far less likely to use that word colloquially let alone when pissed off in an F1 car. And there will doubtless be many who didn’t understand the full backstory behind at least one of the words Verstappen used, and now know a bit more of the content. Maybe they’ll be slightly more aware because of this.

There are no losers from taking such matters seriously as long as they are handled sensibly. F1 and the FIA avoid their diversity initiatives being undermined. At-risk groups aren’t needlessly discriminated against. Audiences aren’t offended. And going back to that vested interest, F1 fans get to keep the good stuff because the solution is to get rid of horrible language rather than shut the drivers up.

We don’t want drivers to stop reacting emotionally. As long as emotion doesn’t equal offence, it should remain a fundamental and enjoyable part of watching an F1 weekend. 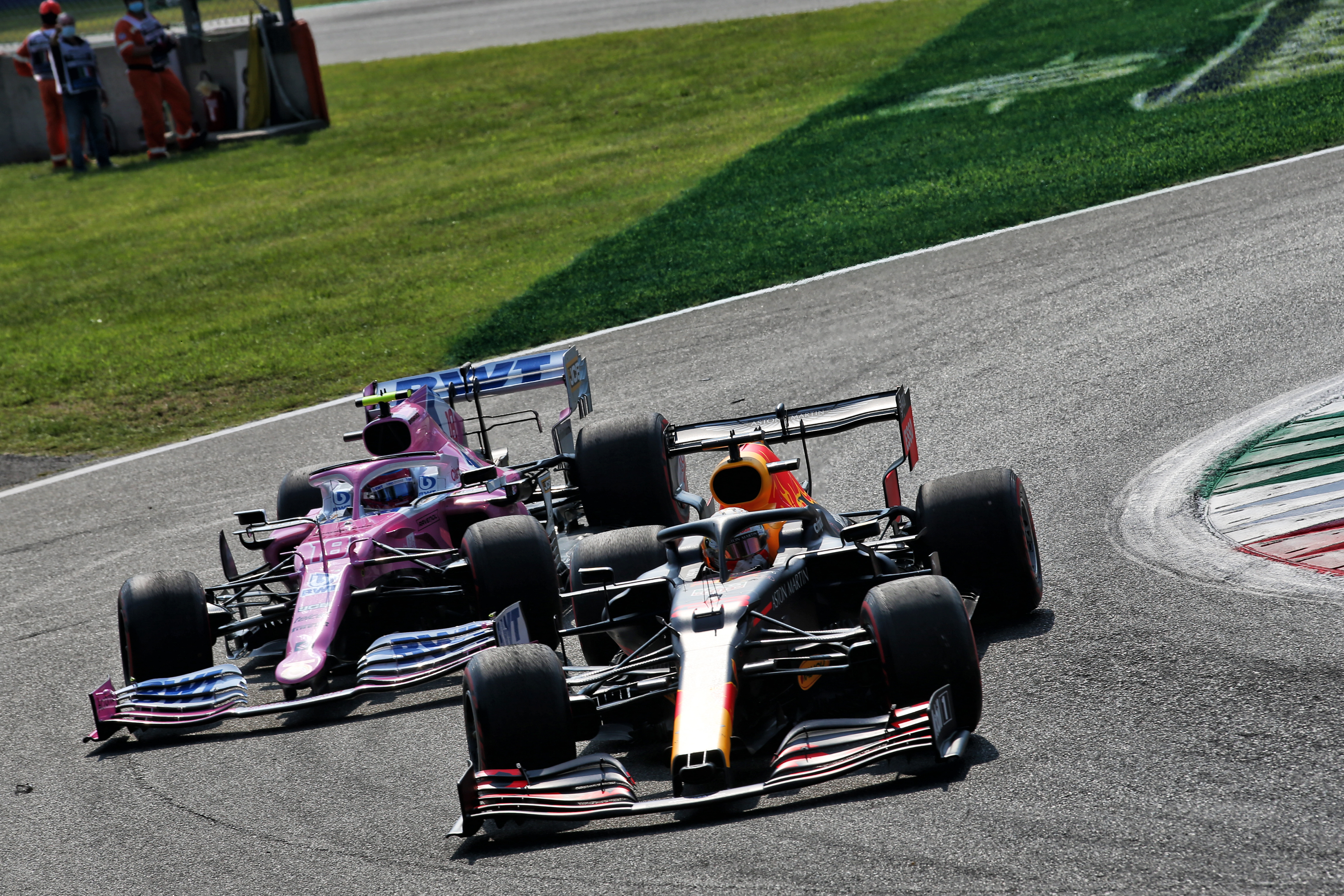