How F1 2020 ratings evolve over a full My Team campaign

For the first time in a Codemasters’ F1 game, you can openly see how good each driver is compared to one another as driver ratings were introduced for F1 2020.

This helps players to make a more informed decision about who they want as their team mate in the new ‘My Team’ driver-manager game mode.

It also means the computer controlled teams will make more realistic signings than was seen in F1 2019, which had a crazy driver market.

To begin with, Lewis Hamilton has the highest overall rating of any driver at 94, with Max Verstappen and Valtteri Bottas next both with an overall of 90 and Sebastian Vettel in fourth with a total of 89. 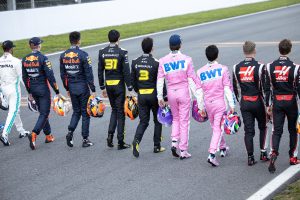 Along with the full roster of 2020 Formula 1 drivers, the 2019 Formula 2 grid is also present but with considerably lower ratings than almost all of the F1 drivers.

Jack Aitken is the highest-rated F2 driver with an overall of 67, with last year’s champion Nyck de Vries – now a Mercedes Formula E driver – at 66.

Four F2 drivers start the career with a higher rating than Williams’ Nicholas Latifi who starts at a lowly 63.

Over the course of the 10 season-long career drivers can both increase and decrease in overall rating as their individual attributes change.

Not all drivers increase at the same rate or peak at the same time, Hamilton and Verstappen both reached highs of 96 overall, but Verstappen started with a rating four below Hamilton. 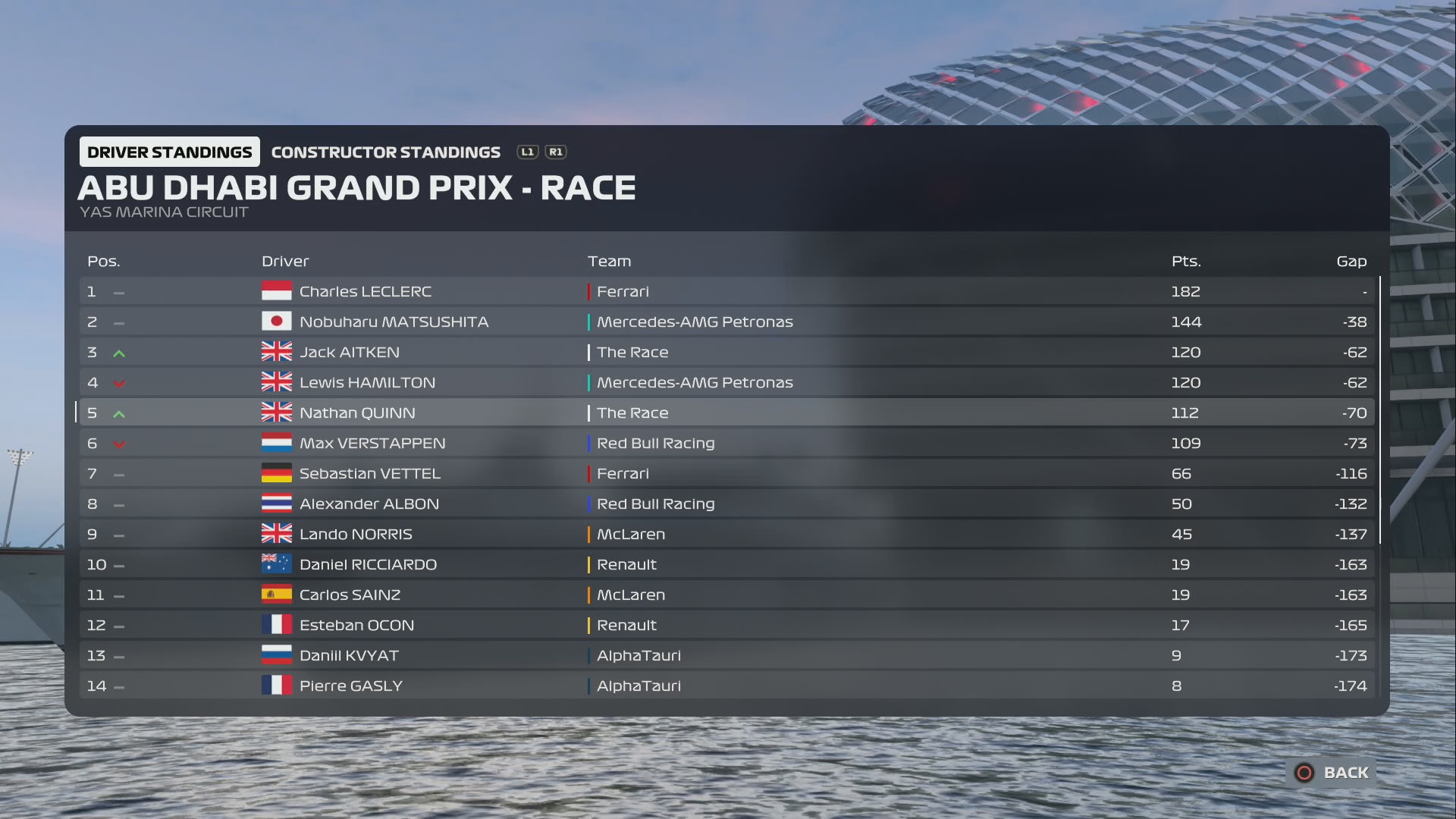 While Hamilton reached a 96 overall during the third season, Verstappen didn’t get there until the sixth season.

By that point Verstappen had moved to Ferrari, but also Hamilton’s rating started to decline as it fell to 95.

With every driver their experience stat increased year on year which helped to offset the reduction in other stats – including pace and racecraft, which determine the drivers’ on track ability.

Vettel was the only driver to go the full 10 seasons who never saw his rating improve with it going down to 88 by the end of the second season, 87 in the fifth season and reaching a low of 86 at the end of the career.

Peculiarly Vettel, as one of the oldest drivers on the current grid, went the full 10 seasons whereas a number of other drivers retired.

Driver retirements are another first for a Codemasters’ F1 game, with Kimi Raikkonen predictably being the first driver to retire and doing so at the end of the first season.

Fellow Finn Bottas retired at the end of the third season, and in that time his overall rating never changed. 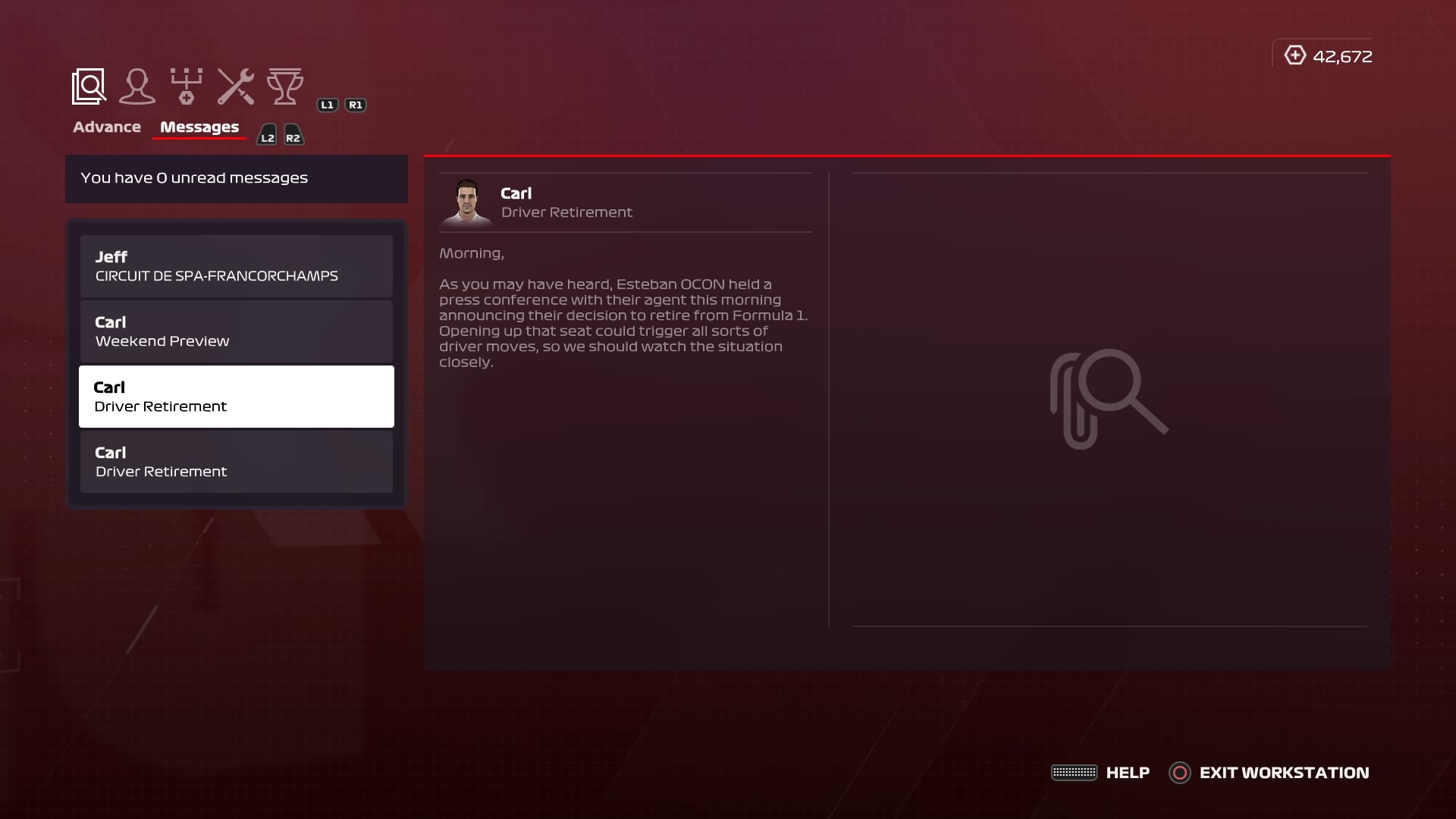 By far the most surprising driver to retire was Charles Leclerc, who left at the end of the penultimate season, having just won the drivers’ championship with AlphaTauri.

Even disregarding his age compared to many of the other drivers still on the grid, Leclerc at that point had the third-highest rating of any driver and it hadn’t started to decline – unlike most other current F1 drivers’ including Verstappen’s.

Each retirement gave an F2 driver a spot in F1, with de Vries benefitting from the shuffle in driver line-ups caused by Raikkonen’s retirement by grabbing a seat at Haas.

By the end of the My Team mode, de Vries, Jack Aitken, Mick Schumacher, Nobuharu Matsushita, Sergio Sette Camara, Luca Ghiotto, Guanyu Zhou and even the late Anthoine Hubert had all had seats in F1. 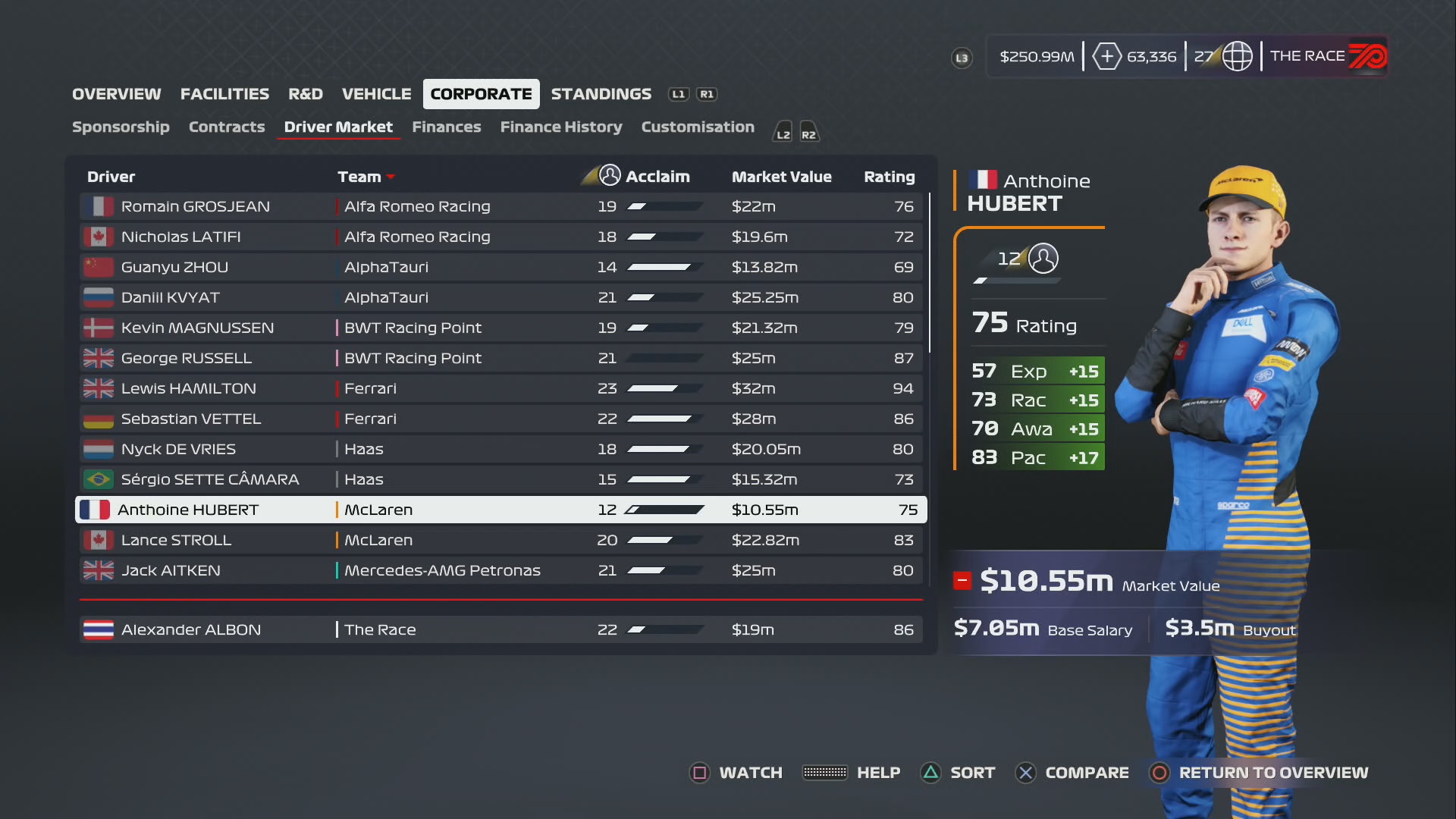 Most of them didn’t set the world alight, while I also signed the lowest-rated driver – Mahaveer Raghunathan – when he was at his peak rating of 53.

His on-track performances reflected his rating as I simulated all the races and ended the 10 race-long eighth season as the champion, while my team-mate Raghunathan scored 10 points with his one and only points finish.

A notable outlier was Matsushita, who was Bottas’ replacement at Mercedes.

Matsushita finished the fourth season as the runner-up in the championship and outscored his team mate Hamilton by 24 points.

That’s despite Hamilton being at his peak rating of 96, whilst Matsushita was rated 71 – which was six higher than his starting rating. 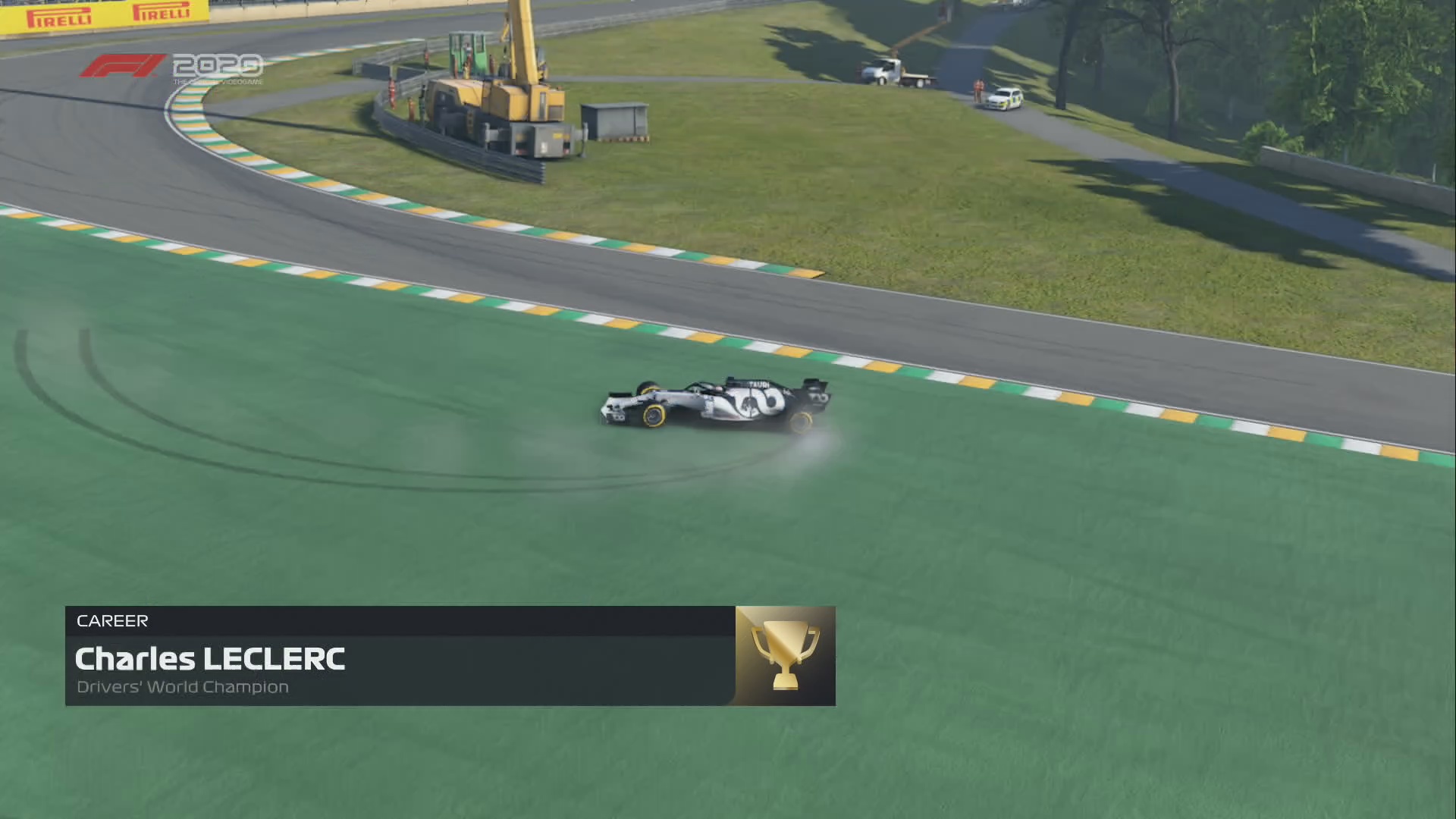 In the final season, Zhou was racing for the then-dominant AlphaTauri team alongside Daniil Kvyat.

Kvyat won the championship ahead of runner-up Zhou, but by then the Chinese driver had the lowest rating of any driver on the grid at 69 – yet he was still able to confidently outscore Verstappen and Aitken, who were both at Mercedes.

Aitken and de Vries both ended the career with ratings of 80, which was one down from their highest rating seen during the 10 seasons.

They were amongst the most improved drivers, along with other young drivers such as George Russell – whose rating at the end of the career was 12 higher than it was to begin with, making him the fourth-highest rated driver still racing. 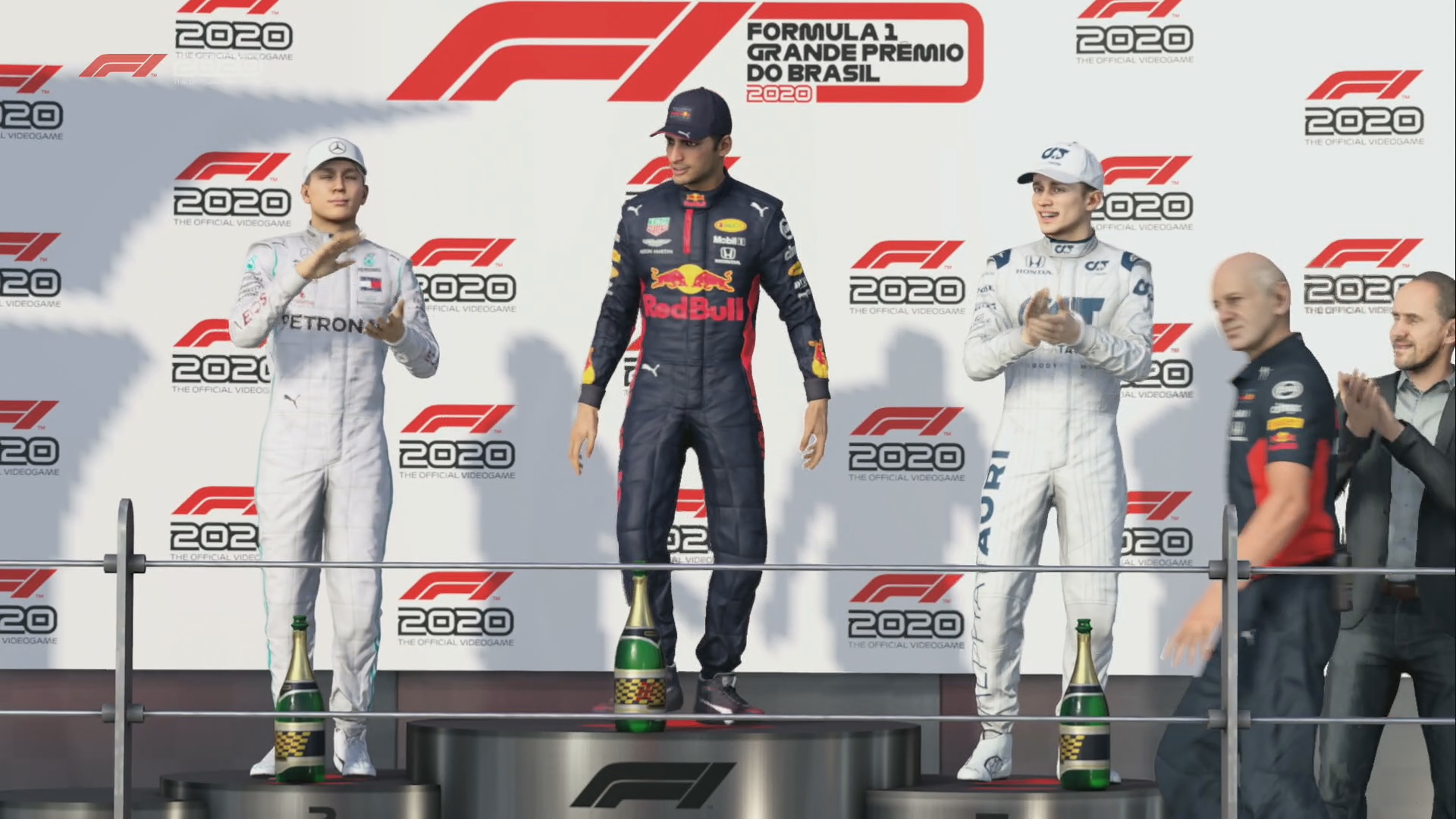 Lando Norris had his rating shoot up by eight and Alex Albon by seven as they had plenty of room for growth in their experience rating.

The most improved driver was Mick Schumacher, who initially raced for my team and after two years on the sidelines spent the rest of his career with Williams.

At the end of the My Team mode, he was rated 76, which was the same as Romain Grosjean.

Schumacher’s starting rating was 60, so he improved by a total of 16 over the course of the career as all of his individual attributes were higher than they were to begin with. 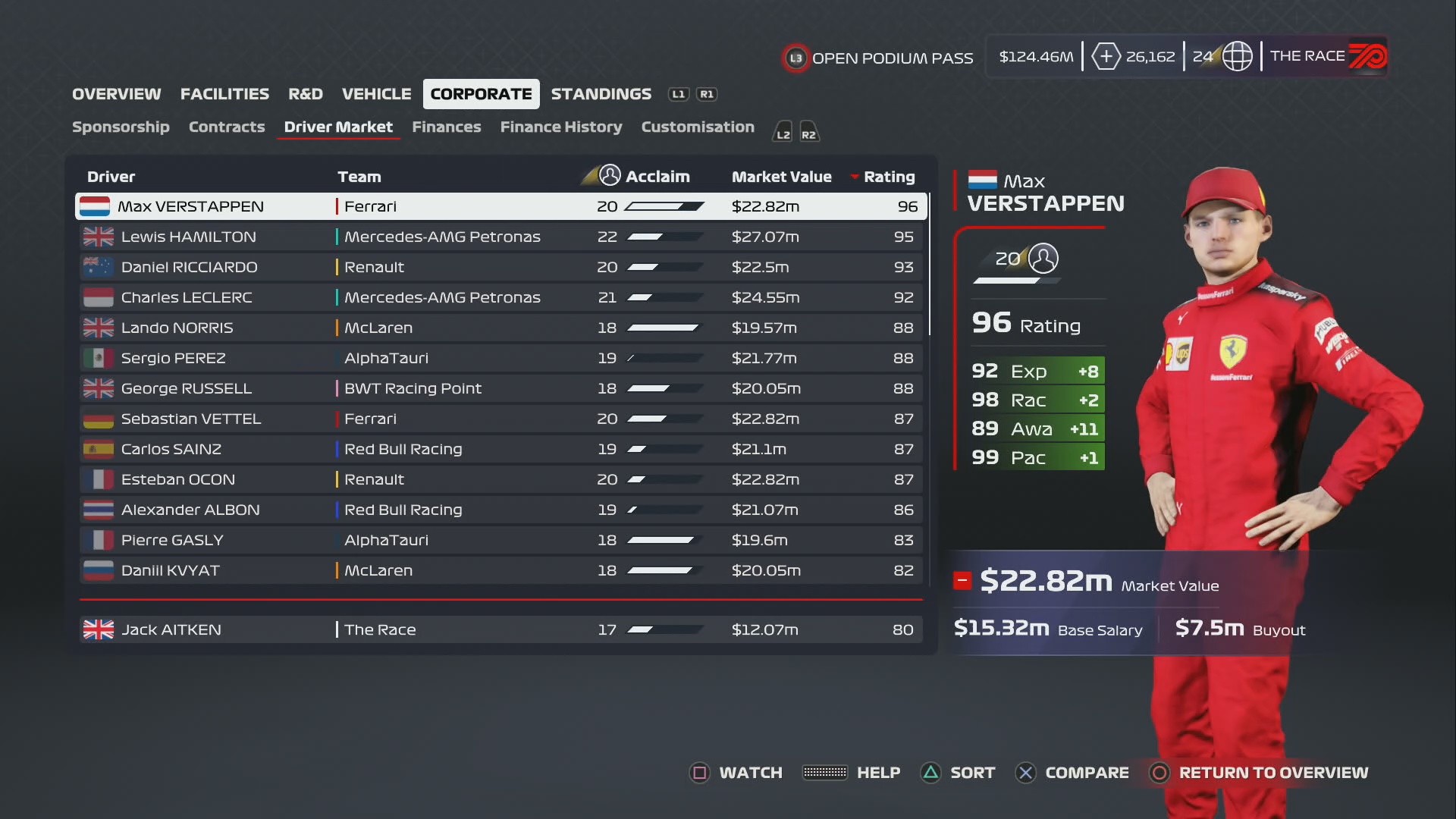