Jul 9 2020
By Scott Mitchell-Malm
No Comments

Red Bull drivers Max Verstappen and Alex Albon will re-use their engines from the Formula 1 season opener this weekend, as Red Bull and Honda have countermeasures to avoid repeat electrical problems.

Verstappen and Albon retired from the Austrian Grand Prix with what Honda said were electrical issues, leaving Red Bull with zero points from a race both drivers felt they were in contention to win at one point – although Albon had already dropped back after a clash with Lewis Hamilton.

Red Bull said parts had been sent back to the UK and Japan for analysis and Honda has now confirmed neither engine suffered damage to warrant a change for this weekend’s Styrian Grand Prix.

It has also been able to take steps in the short period between the back-to-back Red Bull Ring races to try to prevent a repeat. 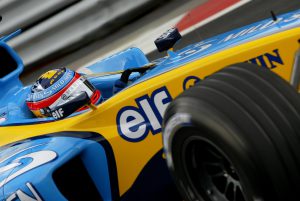 “We have been analysing both these matters together with the teams and we have put countermeasures in place for this weekend,” he said.

“As our power units do not have any damage caused by those issues, Max and Alex will use their same PUs this weekend.

“This weekend, we must aim to finish the race with all four cars and achieve a good result with them.”

Honda brought a new engine specification to the season opener which is understood to have developed good gains.

Red Bull hoped this plus its own aerodynamic upgrades would help it start the season challenging Mercedes for wins, but found itself half a second off the pace in qualifying.

Team boss Christian Horner said this week that Red Bull has “a chunk of data to go through to establish why we were not as quick in qualifying as we would have liked”.

And Verstappen believes finding a step in one-lap performance will put Red Bull on the right level as he felt confident its race pace was strong enough to contend for the win, before the engine issue prevent his alternative tyre strategy from playing out.

“I feel good but of course the result was not what we wanted, which was to score a good amount of points and fight for the win,” said Verstappen.

“I was looking good for a podium which I thought was easily possible because it was basically between Mercedes and myself on raw pace.

“But then you also look at how the whole race panned out, we could have scored a good amount of points against Lewis but it is what it is, we can’t change it and now I’m looking forward to hopefully having a more positive weekend.

“We were a bit down on pace compared to Mercedes in qualifying so we definitely need to close that gap to fight them in that area rather than on strategy.

“Our pace is usually a bit better in the race than in quali but there is still quite a bit of work to do which the engineers are flat out on.

“We have ideas and the direction to work on for this weekend so that’s positive.”

While the two Red Bull cars have escaped needing an engine change, the same cannot be said for George Russell’s Williams.

After the Briton retired from the season opener, his Mercedes power unit was sent to the manufacturer’s base for a check-up, and a problem was uncovered that is believed to be specific to this particular unit, according to F1.com.

Russell will thus take on the Styrian Grand Prix with a new combustion engine, turbo and MGU-H.