Lewis Hamilton is not beaten easily, but there are a few contenders who could be the subject of the sentence: “He’s a mega, great driver. I’m confident he’s better than ever. I have an extremely high expectation for him to be world champion this year.”

Was Mika Hakkinen talking about Max Verstappen, Red Bull’s number one? Or maybe he’s seen something we’ve all missed at Ferrari and is backing Charles Leclerc, or even Sebastian Vettel?

None of the above. Hakkinen’s showing some Finnish unity. He reckons Valtteri Bottas can win the title.

Bottas was the man with the plan. Title glory had eluded him but he’d made a better fist of it than ever before and, he insisted at the end of 2019, he’d worked out what he needed to improve to finally beat Mercedes team-mate Hamilton in 2020.

He was even more confident by the end of testing. His “micro-targets” had been reached, he’d adjusted his approach and his performance was better than ever.

“We had a clear plan for the season in terms of how to approach it and everything was all set and ready,” said Bottas, haflway through what should have been the opening phase of the season.

“I felt in winter testing that we managed to improve my driving quite a bit in certain type of corners, and some things in my driving style.” 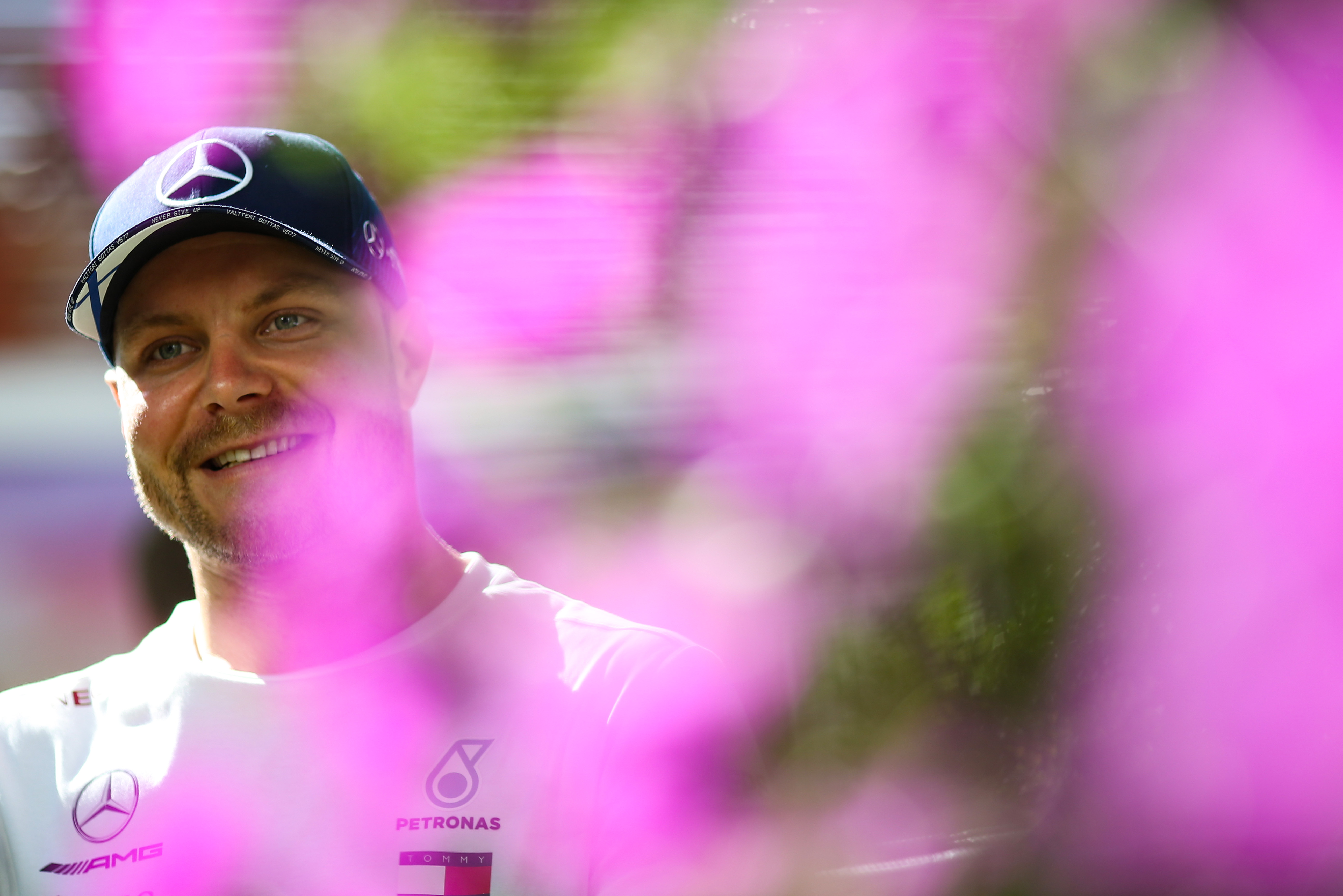 But he never had chance to validate that. He’s still waiting to see if it’s really worked. Thanks to the COVID-19 crisis, we all are.

“Initially, it was quite difficult,” Bottas says of the late cancellation of the Australian Grand Prix, and the hiatus it triggered.

“It was a strange feeling because I was so ready and everything was so well prepared for the whole season.

“I was really keen to go and keen to start and it felt like everything was taken away.”

Bottas knows he’s not the only person who feels this way. But he had a lot riding on his 2020 season. More than most.

The 30-year-old has had to get used to waiting, whether it’s for his chance to race in F1 (he spent 2012, pictured below, on the sidelines after winning the GP3 title), the opportunity to get into a race-winning car (which only happened because of Nico Rosberg’s shock retirement at the end of 2016) and, every year since then, the green light from Mercedes to continue. 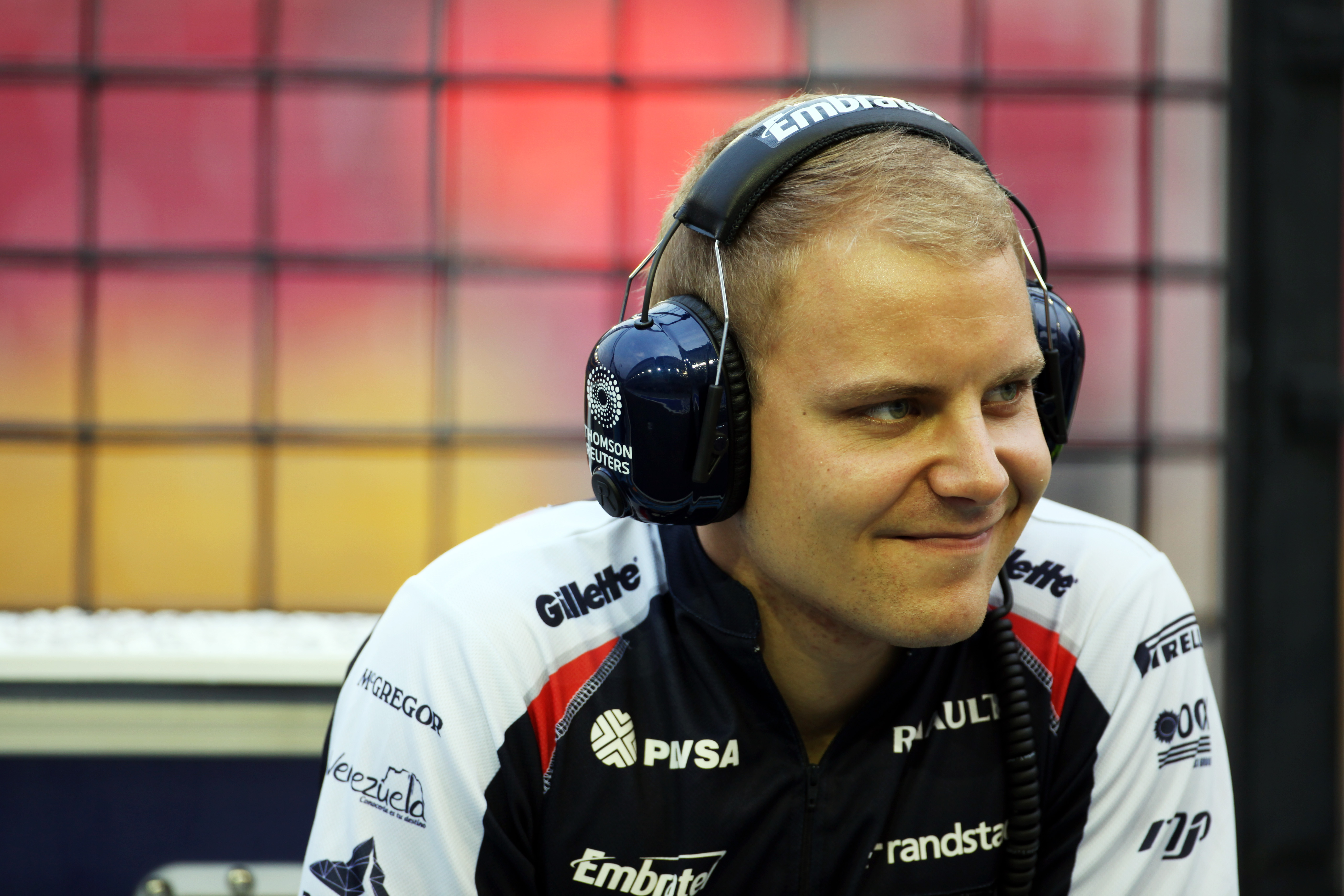 Last year he was getting tired of it from a contractual point of view. But his best-ever season convinced Mercedes through the summer break to keep him alongside Hamilton, and Bottas’s ambitions for 2020 were intertwined: make it a no-brainer for Mercedes to keep him, ideally by winning the title.

It wouldn’t be fair to say there’s a frustration in Bottas that’s building and building and threatening to spill over. But there is an impatience that comes with constantly waiting.

“Now, within myself, how things are in my life, and then also in terms of my driving and how we are working with a team, we’ve definitely found the right path” :: Valtteri Bottas

“Since a kid, I’ve had this target in my career to be a world champion,” he says. “And obviously I still haven’t achieved it. So that keeps me going, and that keeps me motivated.

“Every single year that makes me want to do everything better than I’ve done before. OK, you can’t always get there. There’s always ups and downs in your career. But those downs you need to turn into a strength.

“I think now, within myself, how things are in my life, and then also in terms of my driving and how we are working with a team, we’ve definitely found the right path, and I really feel good improvements at the moment.

“So that’s why I’m excited to get driving.”

And that’s why the suspension of the season must be so hard to accept. 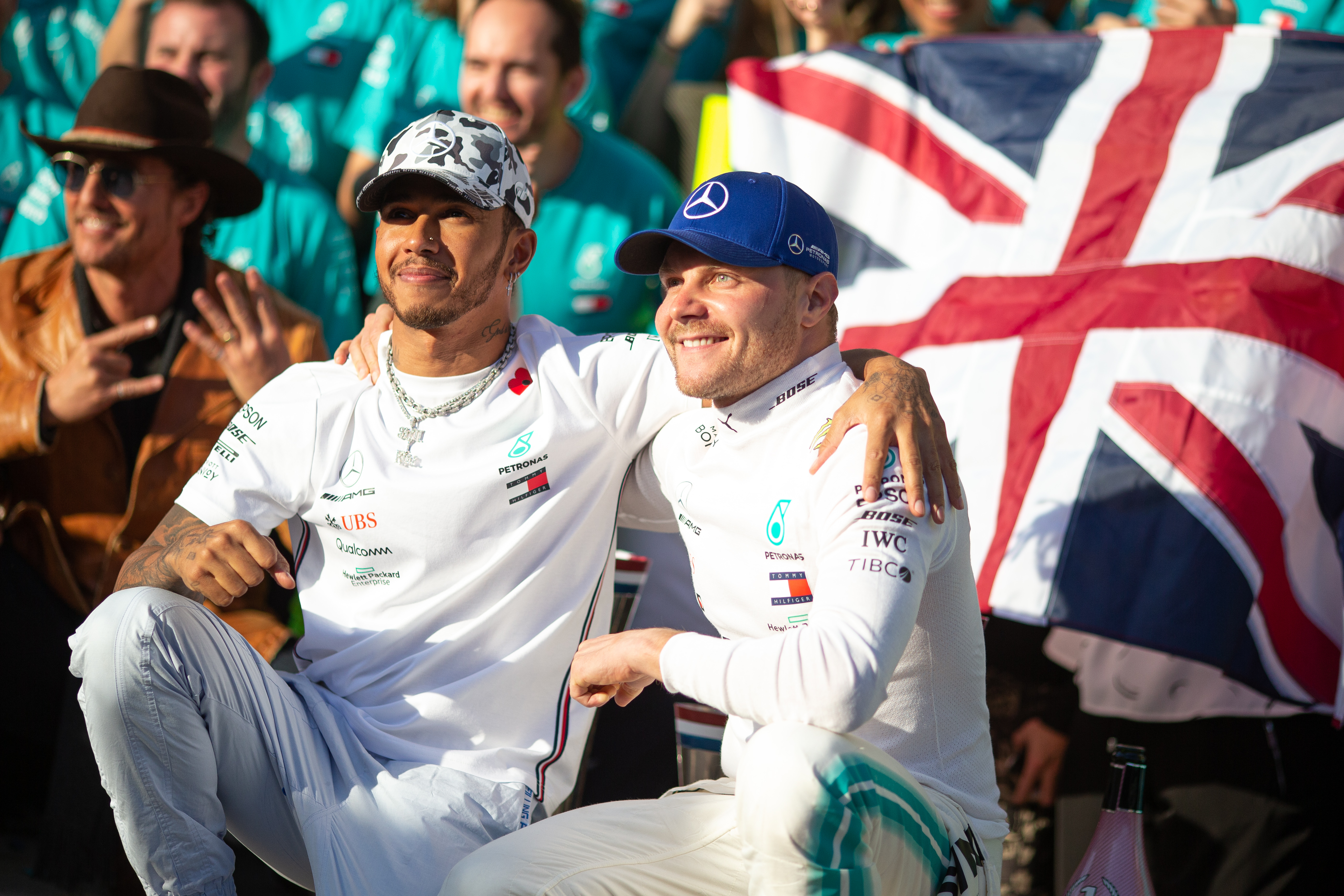 There will be a lot of critics who doubt whether Bottas has what it takes to beat Hamilton to a championship.

Bottas probably knows that. But after a rocky 2018 season in which his love and motivation for racing dwindled, and a tricky development in his personal life in which his marriage ended, by the end of 2019 it was clear his self-belief had been reinforced.

Confidence alone will not be enough to topple Hamilton, whose defences seem impenetrable at the moment. But it is a vital ingredient if Bottas is going to get anywhere near his team-mate. And there was an added steeliness to Bottas at the start of the year, before the world changed dramatically.

Talk of ‘Bottas 2.0’ and ‘Bottas 2.1’ and ‘Bottas 3.0 the mega-bearded-Tom-Hanks-in-Castaway-lookalike’ is fun. But codifying a champion mentality, trying to second-guess how much someone needs to ‘level up’ to attain that, can never do the process justice.

Especially when part of that is trying to channel the frustration of things not going as planned, and flipping it into a positive. Which is what Bottas says he’s done with this unexpected hiatus. 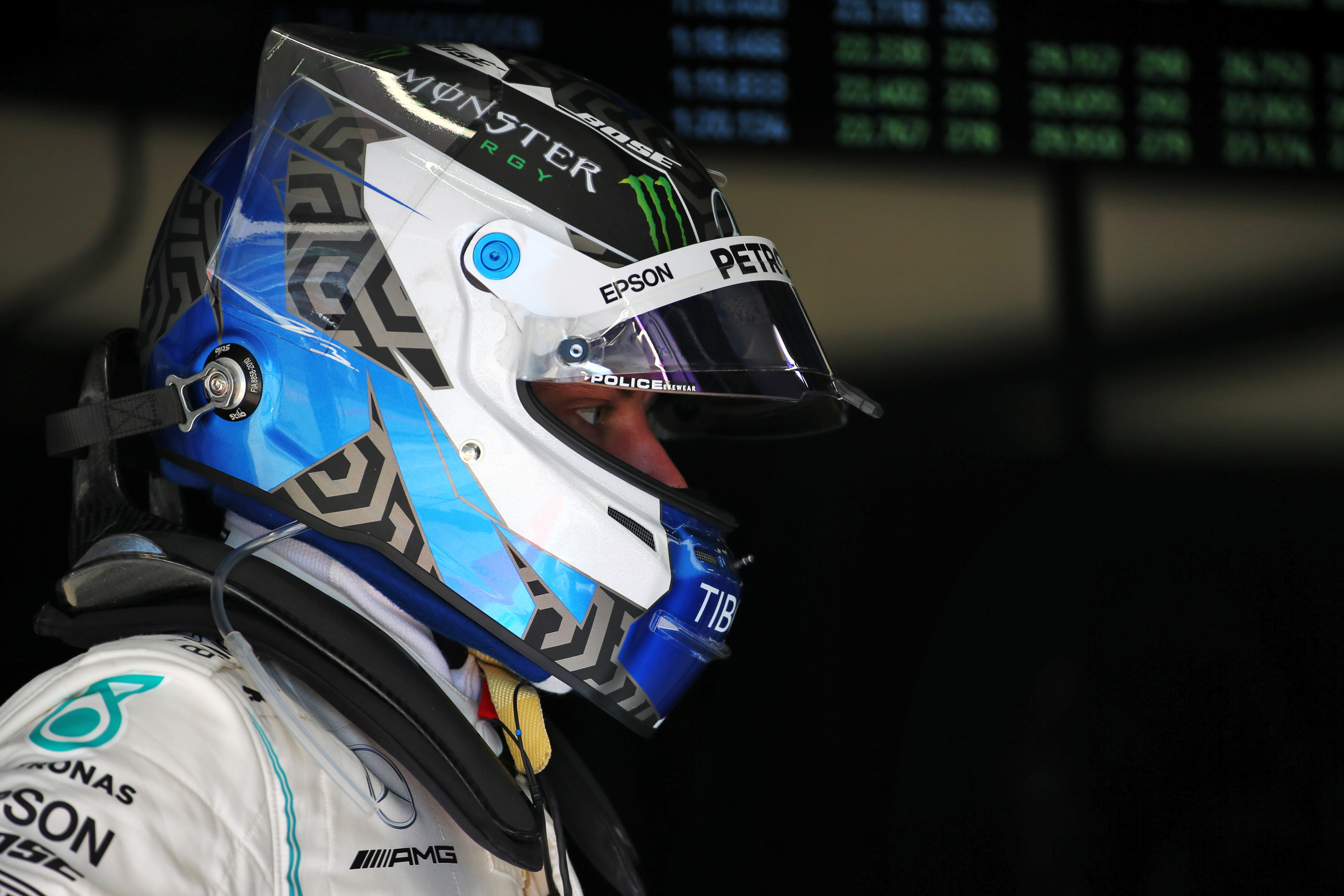 “It’s a rare opportunity to do so many different things that you normally just don’t have the time for,” Bottas says.

“You have this extra period to build your base condition, to really raise your physical fitness, and to work on your mental strength.

“I’m trying to lift up myself to a next level in this rare opportunity and I can’t remember a time that I’ve been in one place without travelling by plane somewhere so it’s pretty unique.

“I know when things get back to normal, it will be gone. Then you will need that mental strength and you need to have your batteries full.”

Of course, Hamilton’s not sat around either, and has also talked eloquently about using this break to find another level.

But there is at least no sign that Bottas has been winded by the sucker punch of his best laid plans being torn apart by factors outside of his control. Quite the opposite. He was karting or rallying almost every week after returning from Melbourne, making use of Finland’s naturally self-isolating landscape to stay behind the wheel while his rivals could not.

If anything, Bottas reacting to the shifting battleground the way he has could make the difference, if it transpires that the revised season goes in his favour, rather than Hamilton’s. 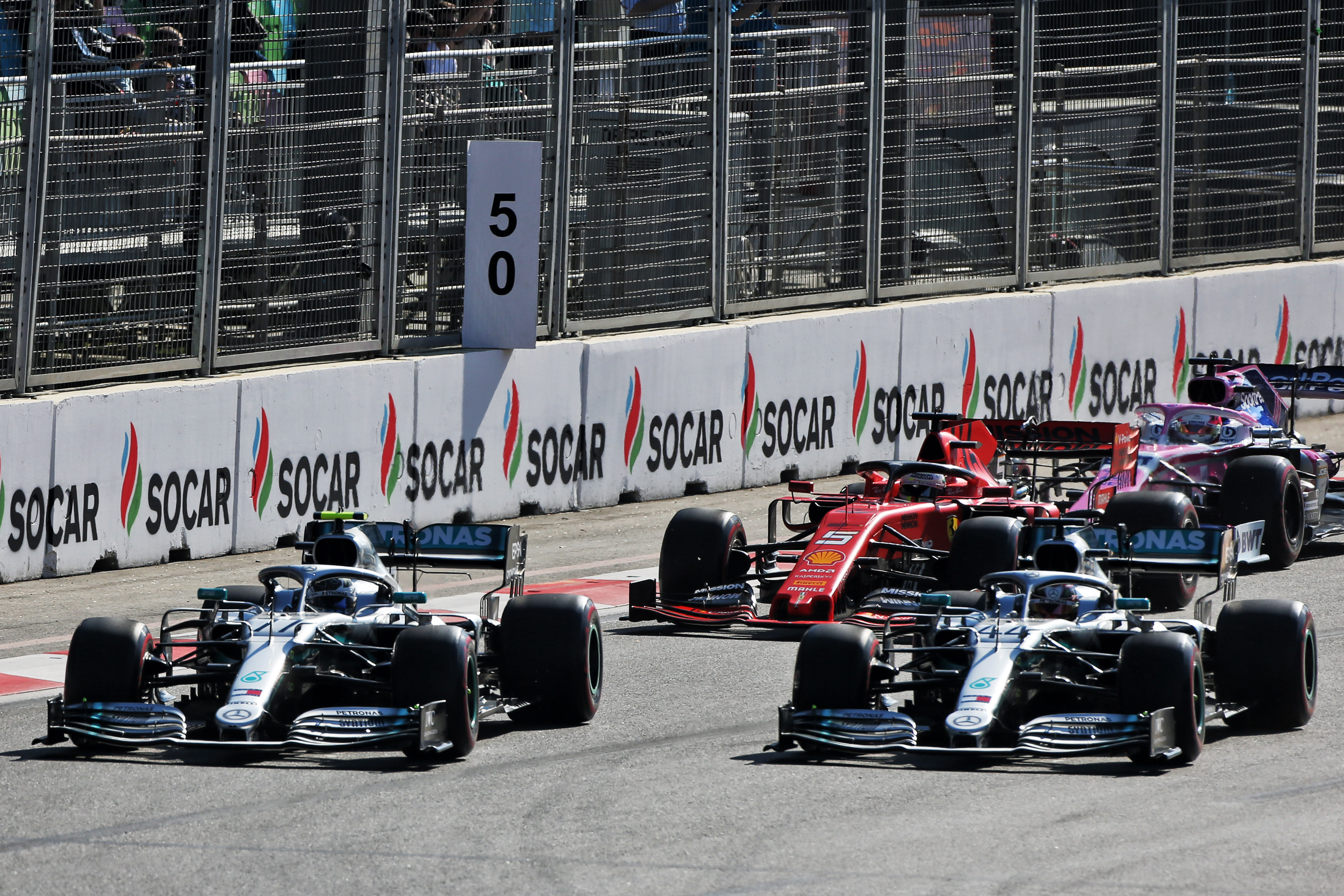 We are now guaranteed a shorter season, probably around 16 races rather than 22 with an intense burst early on – potentially nine grands prix in 11 weeks.

The easy conclusion to draw from recent years is that Hamilton tends to take some time to get going before edging ahead and then blitzing his competition in the second half of the year. Bottas, by contrast, starts strongly but slips further away as the season progresses.

So, one could argue that Hamilton will not be suited to the new schedule, or it will be kinder on Bottas, but this is a lazy position to take.

If we’re focusing on any particular consequence it should be that each race will count for a greater percentage of the season, which puts an emphasis on fewer bad days.

“It’s a very specific and strange season ahead” :: Valtteri Bottas

Bottas has not been able to match Hamilton in maximising his opportunities, so this could be decisive. Last season was Bottas’s best year in F1, but if you compare how he dropped points to Hamilton there is a consistent inferiority.

Hamilton’s worst days were better – his lowest score was a two-point haul, then six points, whereas Bottas had two non-scores – and Hamilton’s peaks were higher too, winning 11 races to Bottas’s four. 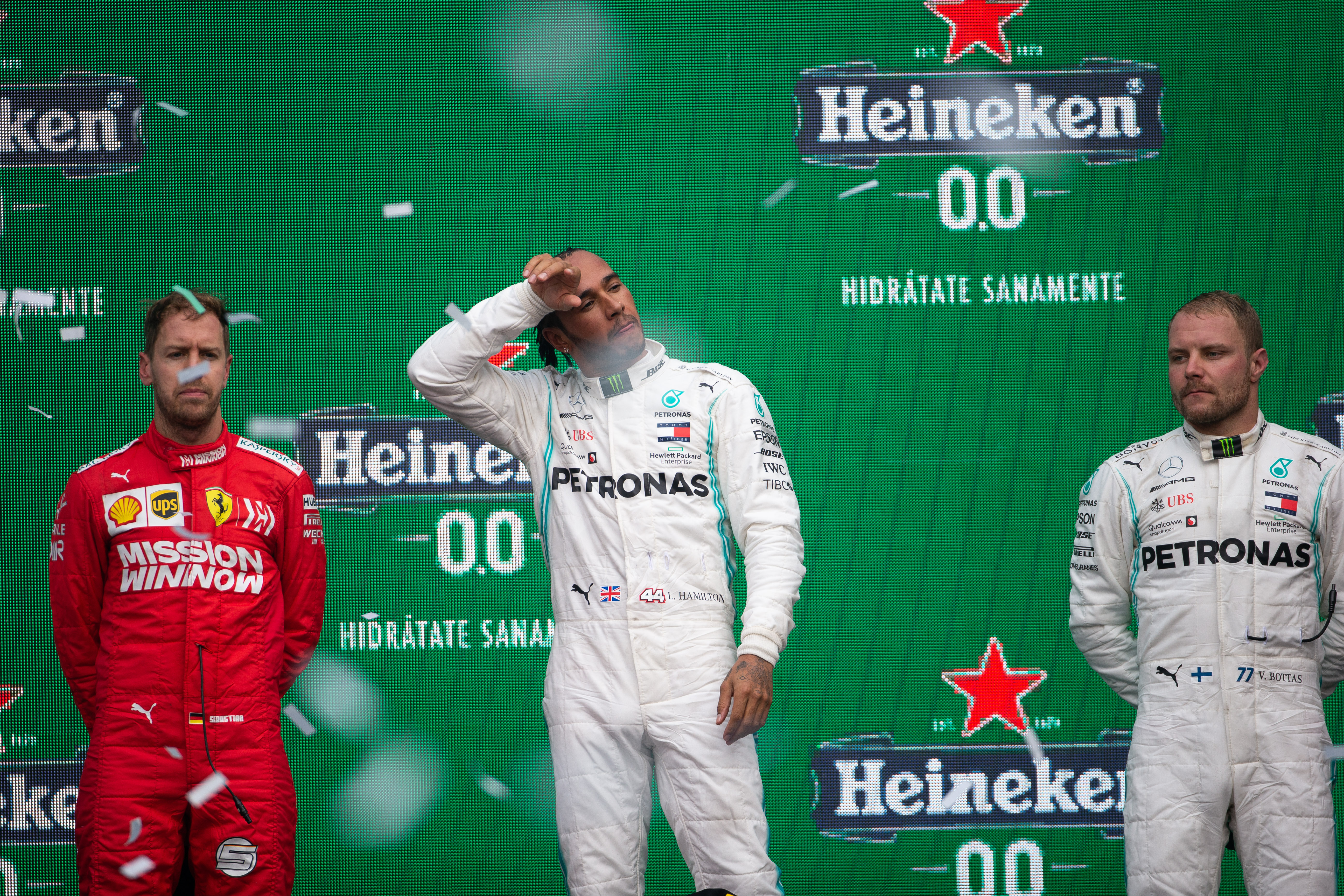 As such, Hamilton scored more points than Bottas, a massive 37 more, across what could be termed their ‘middle’ results.

That’s why Bottas’s improved consistency in 2019 was still not enough to get anywhere near Hamilton, and why he acknowledges that “even though last year was the best year for me so far, this is not enough”.

He needs to raise the bar in every area and that’s what he was hoping to have proved in Australia, and the races that should have happened since then.

What that means for the new 2020 season depends on whether you’re an optimist or a pessimist.

On the one hand, Bottas fares worse over a bigger sample set of races, so a shorter schedule theoretically presents him with a better opportunity. On the other hand, Hamilton’s superior ability to maximise results bodes well for a season in which bad races will be punished more. 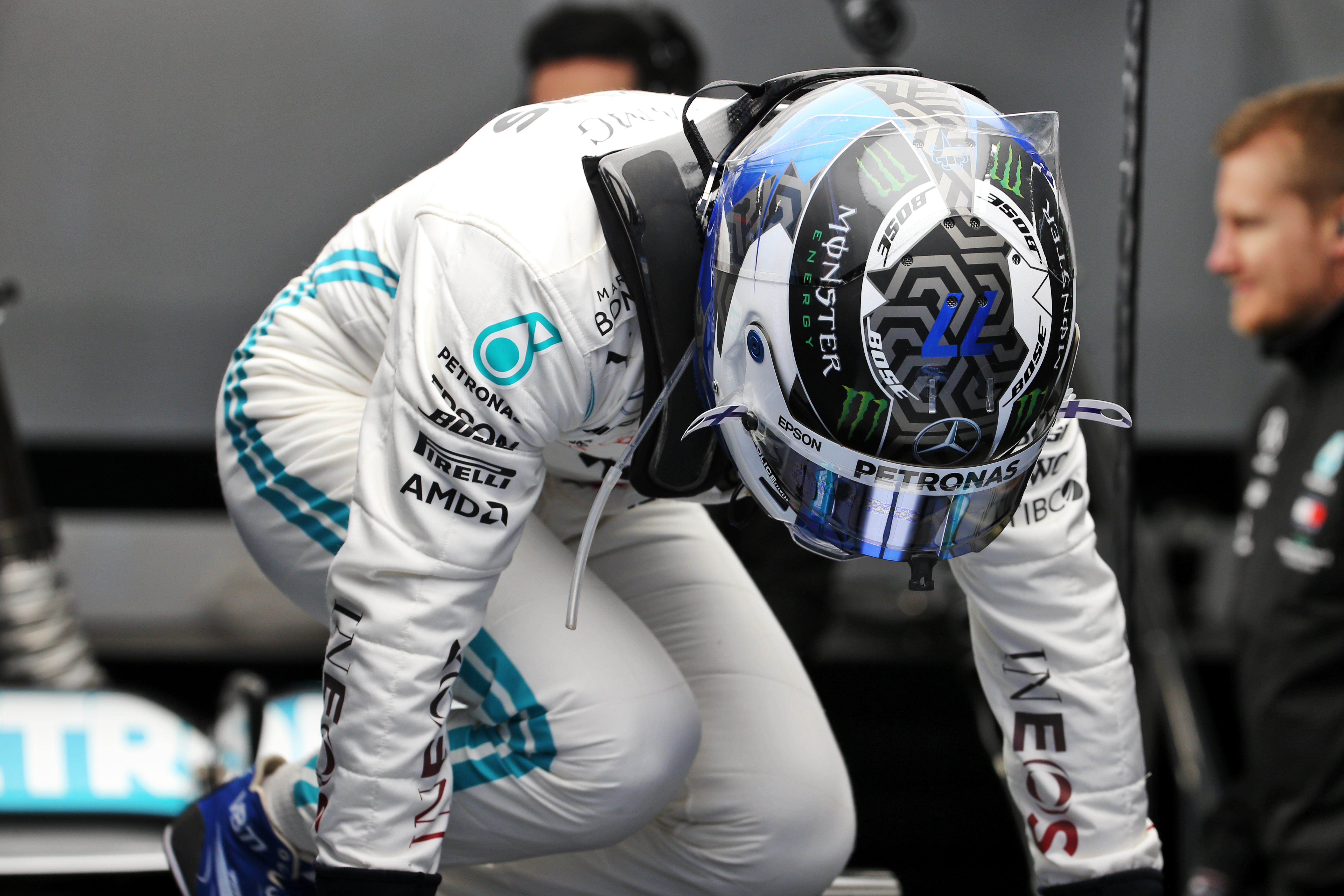 Bottas is not leaving that to fate. Deliberately or not, he refers to his own weakness when he talks about needing to make “every single grand prix count” this year.

“It is a different season for every driver,” Bottas says. “It is an exceptional F1 season because everything is postponed and once things start it will be pretty full on.

“You need to be in the rhythm quickly because we are still not 100% confirmed how many races we’re going to do.

“To find that driving rhythm and be on the pace from the first weekend onwards, that’s going to be the key.

“It’s a very specific and strange season ahead.”

The peculiar nature of F1 2020 means it will not offer a definitive conclusion on whether Bottas is a match for Hamilton in normal circumstances. But it doesn’t have to.

The 2020 season will have an extraordinary place in F1 history. Bottas has a great opportunity to be more than just a footnote.