Hamilton: Vettel 'one of few' who made my F1 career less lonely - The Race
Skip to content
Formula 1

Hamilton: Vettel ‘one of few’ who made my F1 career less lonely

Lewis Hamilton says his former Formula 1 title rival Sebastian Vettel “stood by me through a lot of things” and made time in F1 less lonely, in the wake of the news Vettel will leave F1 at the end of 2022.

Four-time champion Vettel announced his decision on Thursday ahead of the Hungarian Grand Prix, and will be wrapping up a 15-plus year F1 career in November’s season finale in Abu Dhabi. 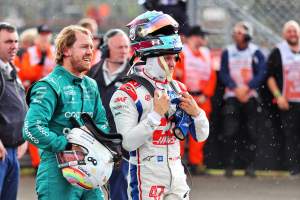 Both he and Hamilton had got their F1 debuts back in 2007, but the latter – a seven-time champion – will continue to drive at least until the end of 2023, and possibly for longer.

Addressing the Vettel news on Thursday, Hamilton said: “I’ve not had a lot of time to think, told the news this morning – I kind of knew it was coming as there had been hints, but obviously the realisation of it is another thing.

“I would say naturally my first feeling is that it’s sad to see he’s stopping. I’ve not had a lot of time to think about all of the journey we’ve gone through together but when I talk about the journey I’ve experienced in this sport and often feeling that it’s been lonely, I would say he’s one of the few people who have made it feel not lonely.

“He’s stood by me through a lot of things. I remember, I think it was 2007 [2008] in Magny-Cours, and him being very outspoken in the drivers’ briefing and I knew then he was going to be a powerful figure in the sport. But then seeing his success and seeing he puts others before himself, he’s been so brave in speaking out and standing up for what he believes in. 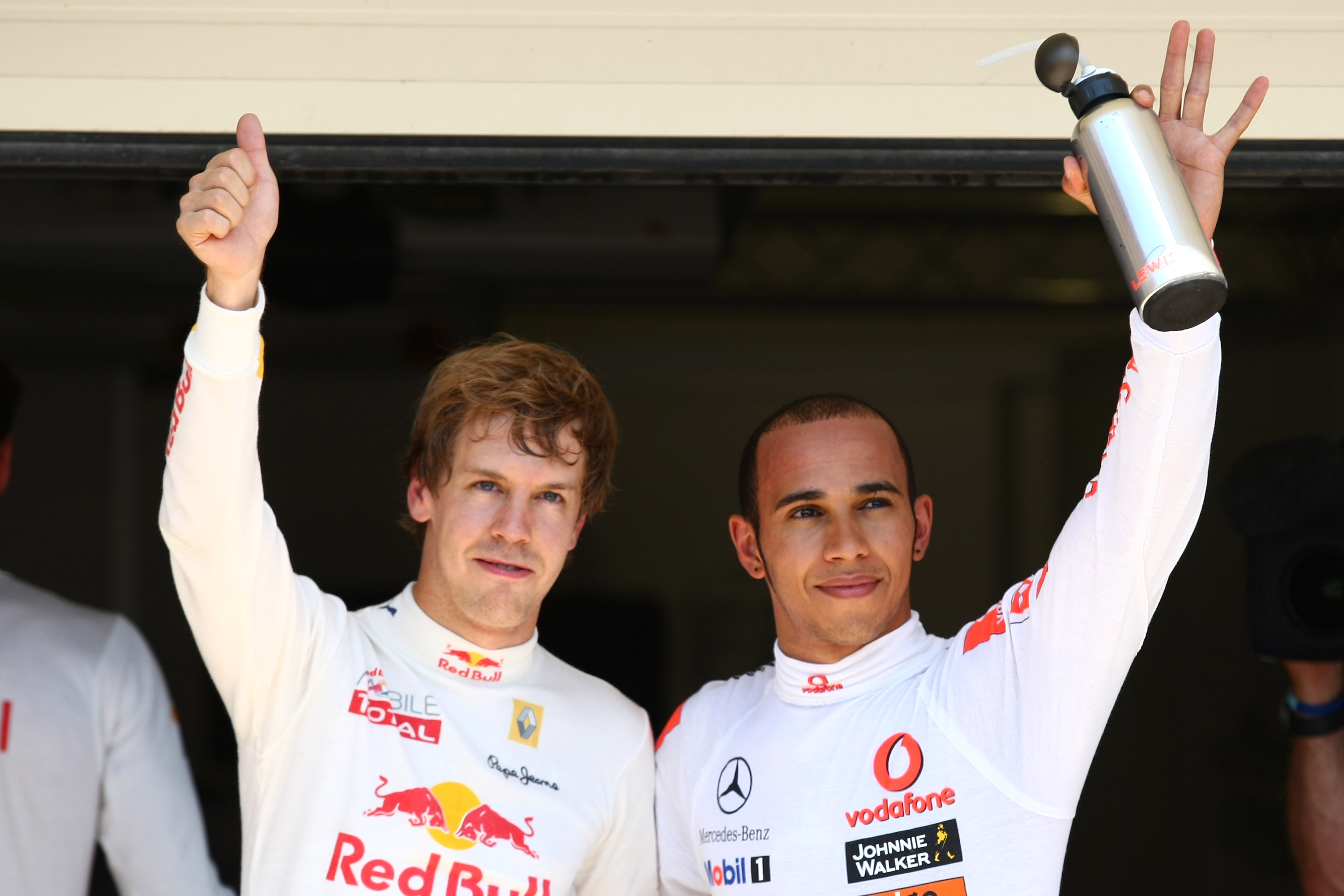 “For me, we talk about legends in our sport, I don’t really love that name or title. I think he’s one of the greatest people we’ve seen in this sport. We need more like him.

“So sad because I would have lost an ally [on the grid], but I’ll know on the outside he’ll be doing great things and I know we’ll always remain friends, and I hope there will be other things we get to do together outside.” 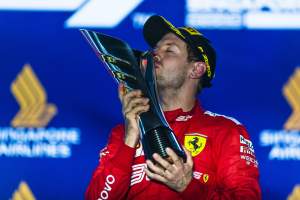 Hamilton and Vettel were both title contenders going into the final race of the season back in 2010 – when Vettel won his first crown – before having head-to-head championship battles in 2017 and 2018, both won by Hamilton with races to spare.

Though their on-track encounters weren’t entirely free of controversy – with Vettel running into Hamilton in Baku in 2017 under the safety car, and being incensed at having a win taken away in Hamilton’s favour from him in 2019 in Canada – it never got personal or particularly heated, and Hamilton has always looked back very fondly at the rivalry.

“He’s never been somebody to blame other people for mistakes. Could always put his hand up and say it’s his fault, which I always thought was honourable.”

They had also seemingly crown closer since those title battles, with both emerging perhaps F1’s most socially-conscious and -minded drivers. 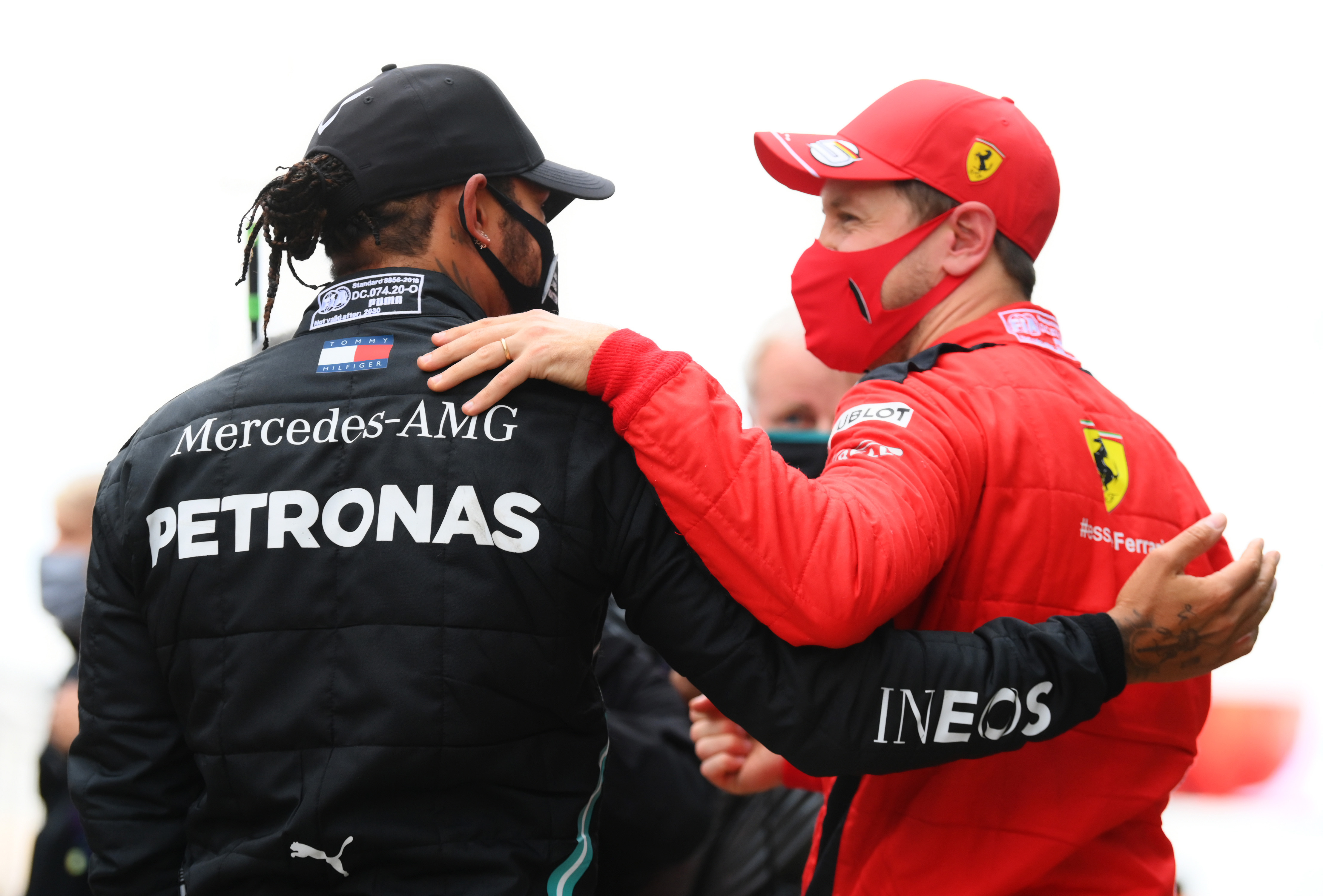 “When we were younger we didn’t have time to stop and talk about our own personal lives or things we cared about. Over time, we started to see one another, started taking those brave steps and standing up for things we believe in.

“And we’ve been able to support each other – he’s been so supportive to me, I like to think I’ve supported him also. [We’ve] come to realise that we have a lot more in common than just the driving passion, and so it’s really kind of been him, stepping out into the uncomfortable light and trying to do something with the platform we have. 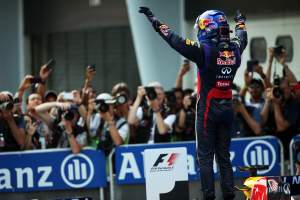 “And I think that’s, for me, why he’s very much unlike any of the other drivers who have been here past and present.”

Hamilton added that he hopes Vettel inspires the next generation of F1 drivers to utilise their platform, and backed him to succeed at his next ventures.

“In the outside world… we’ve never met up outside of the sport. He’s very- he’ll go and spend time with his family and stuff, and hopefully one day I’ll get to meet them.

“But as I said, I think we will continue to be friends beyond.”

Fellow British driver Lando Norris said people don’t quite understand just how nice Vettel is and believes he’s been unfairly portrayed in the past. 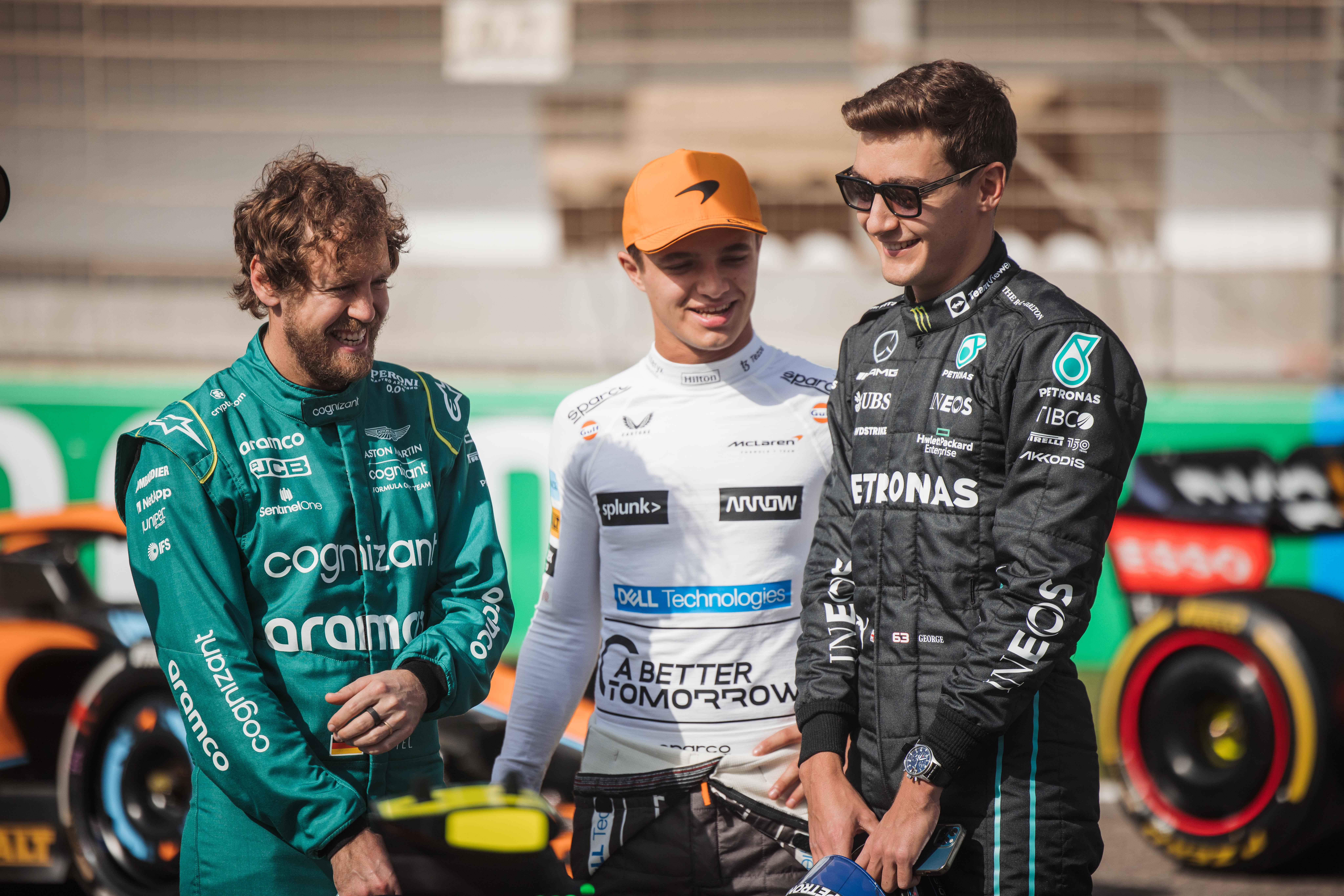 “I don’t think enough people know how good Seb is just as a human, as a guy,” Norris explained. “His morals and his character and everything. He means so well in everything. And he’s just very passionate about his job.

“And somehow people portray him in a bad way sometimes, which if you know him, well, you can never imagine he would ever do such a thing. But that’s life.

“That’s just what happens in the world nowadays, it’s crazy. But as a person, he’s always up for a chat, or he’s always there to help. And I guess maybe more so over the last few years since I’ve been in Formula 1. He’s not been fighting for world championships and all that stuff.

“So maybe he feels more open to speak to us, the younger generation, about things, whether it’s with racing, or life away from Formula 1.

“He’s always open for a chat, which is always something you admire, and have a lot of respect for when you’re also such big competitors at the same time.”