Lewis Hamilton has admitted that he was in “too much of a hurry” when he went off into the gravel while fighting Max Verstappen for the lead of Formula 1’s Imola race.

Hamilton started the second round of the 2021 season from pole position, but he was jumped by Verstappen into Tamburello on the opening lap.

The duo touched at the slippery first corner but Hamilton escaped in second place with minor damage to his Mercedes while Verstappen led.

Later in the race, Hamilton was attempting to catch Verstappen after the pair had changed onto dry tyres but he went off at the Tosa hairpin whilst attempting to lap the Williams of George Russell.

After a lengthy stay in the gravel trap and a trip back to the pits for a new wing that put him a lap down, Hamilton was able to get back on the lead lap when Russell’s collision with Hamilton’s team-mate Valtteri Bottas prompted a red flag. 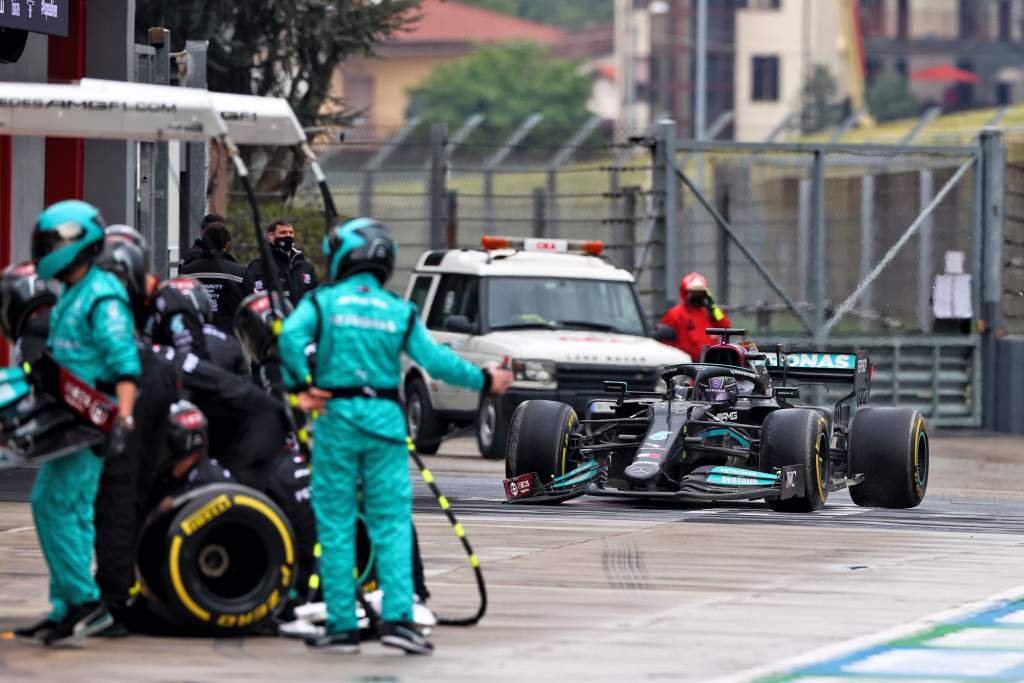 “There was only one dry line,” Hamilton explained. “And I guess [I was] in a bit too much of a hurry to get by everyone.

“I came into the inside and I could see it was wet and I was trying to stop but the thing wouldn’t stop and it sent me off.

“A bit unfortunate but I’m really, really grateful that we got to get going again.” 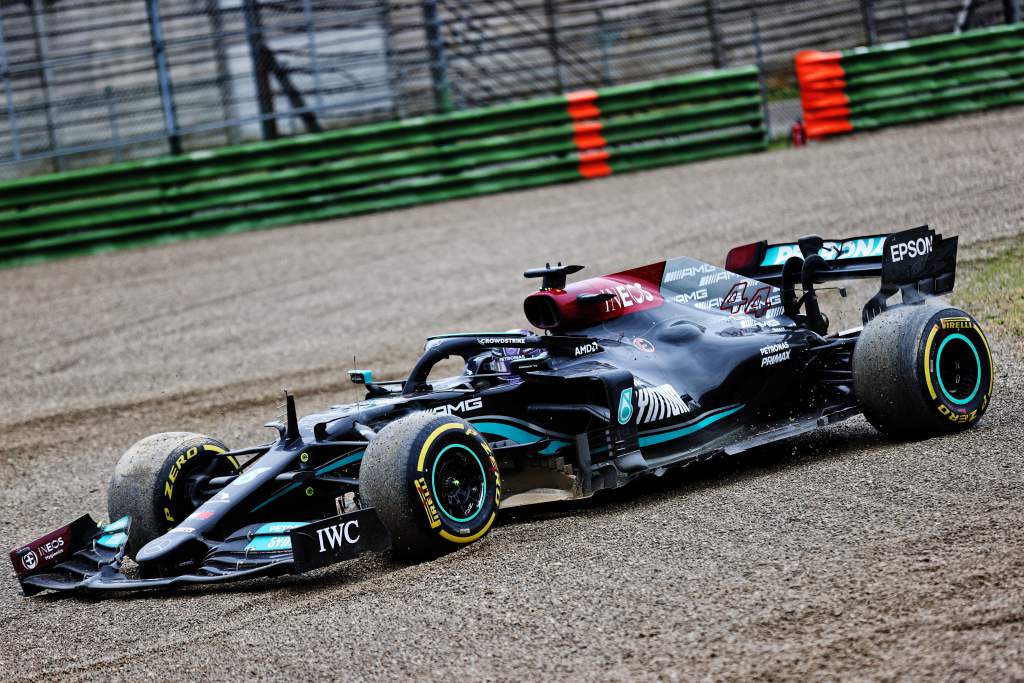 The seven-time champion recovered to move from running just inside the top 10 to finishing in second place behind the race winner Verstappen.

This and the bonus point for fastest lap enabled Hamilton and Mercedes to maintain their respective championship leads.

“On my side, it was not the greatest of days,” he conceded. “The first time I’ve made a mistake in a long time, but I’m grateful I was able to bring the car home.

“[During the red flag period], I was just trying to get over the gutting kind of feeling of when you make a mistake, and just moving on from it and just learning from it real quick.

“You don’t have time to dwell on it so that’s what I did, get back into the racing spirit.

“I didn’t know whether or not I’d be able to overtake, because offline was going to be wet but still have some really good fun battles with all the guys.”