Lewis Hamilton scraped home to win the British Grand Prix despite suffering a left-front puncture on the final lap.

Both Mercedes – which had dominated the entire race – were among a group of cars whose left-front tyres dramatically gave up in the final laps.

Valtteri Bottas was first to run into the problem. He had begun to fall away from Hamilton, having run within a second of him most of the afternoon, while reporting a tyre vibration.

Most of the field was trying to nurse their tyres to the end, having pitted for hards under a safety car prompted by a heavy crash for Daniil Kvyat on the way into Becketts on lap 12 of 52.

Bottas’s left front gave way on lap 50, and he had to drag the car around most of the lap on three wheels before he could pit.

Fifth-placed Carlos Sainz Jr then had the same problem on his McLaren, before Hamilton’s tyre also went flat on the final lap.

He managed to nurse the car to the finish on three wheels, with Max Verstappen giving frantic chase but falling 5.8s short of catching the Mercedes.

Verstappen had been within 13s of Hamilton before making a pitstop for fresh tyres just after Bottas’s puncture. 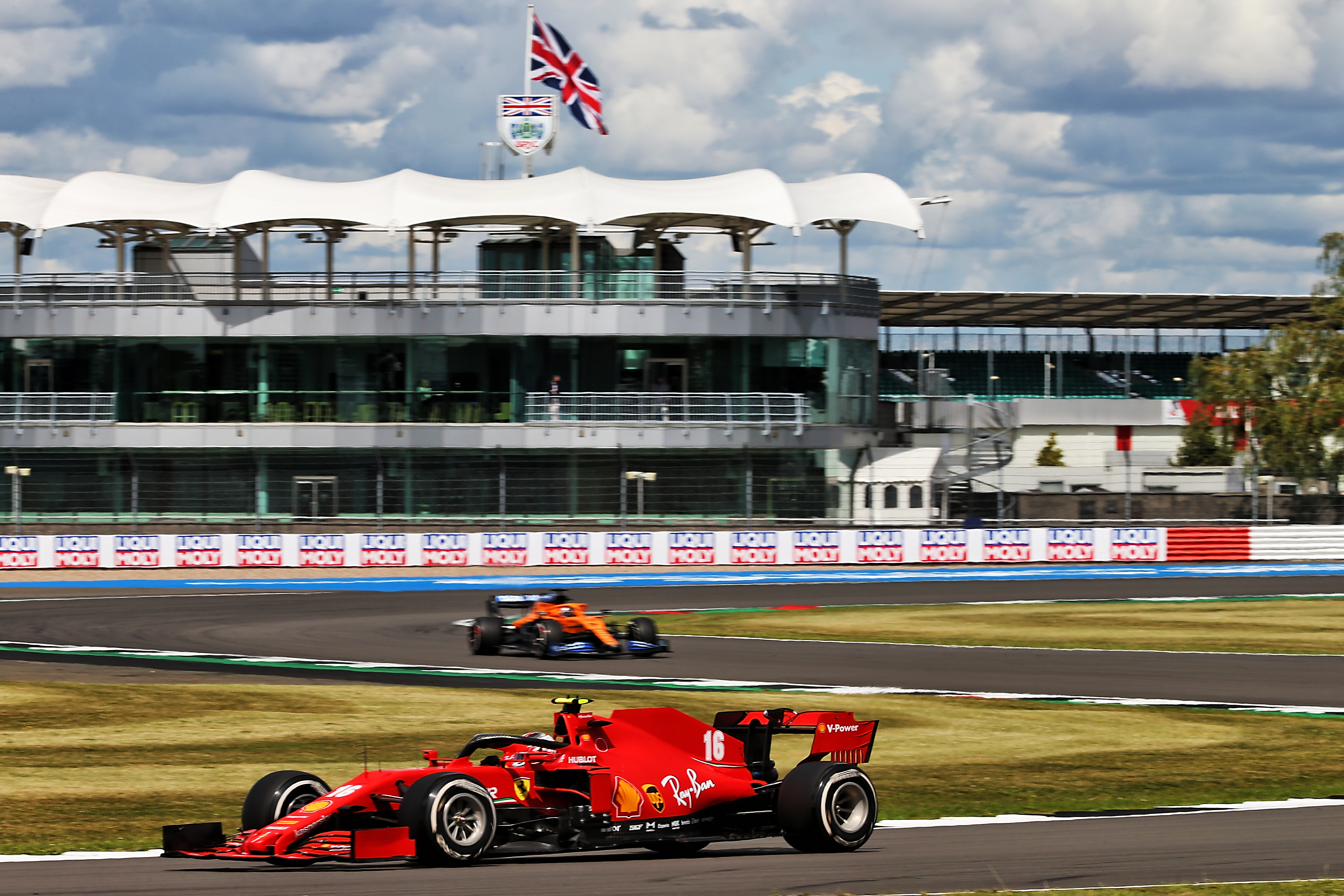 With Bottas only 11th by the time he rejoined, Charles Leclerc completed the podium for Ferrari, having had a lonely race.

Sainz’s puncture and a late pass on the other McLaren of Lando Norris gave Daniel Ricciardo fourth for Renault, with Esteban Ocon and Pierre Gasly sixth and seventh.

Alex Albon had a complicated run to eighth – getting a five-second penalty for a first-lap clash with Kevin Magnussen that sent the Haas into the wall at Club. He had to pit after that collision due to wheel damage, then made a second later stop for fresh mediums that allowed him to charge back to eighth.

Racing Point’s promising weekend ended in huge disappointment. An engine problem meant replacement driver Nico Hulkenberg didn’t even get out of the garage to go to the grid, while Lance Stroll was muted all afternoon and finished ninth.

Sebastian Vettel was on course to finish outside the points in 11th before the flurry of punctures meant he was at least able to hold off the recovering Bottas for 10th.

Romain Grosjean ran as high as fifth by virtue of not pitting under the safety car, and drew the ire of Carlos Sainz Jr and Daniel Ricciardo – as well as a black and white driving standards warning flag – for his defensive moves while trying to stay among the frontrunners. The strategy didn’t pay off and he ended up 16th. 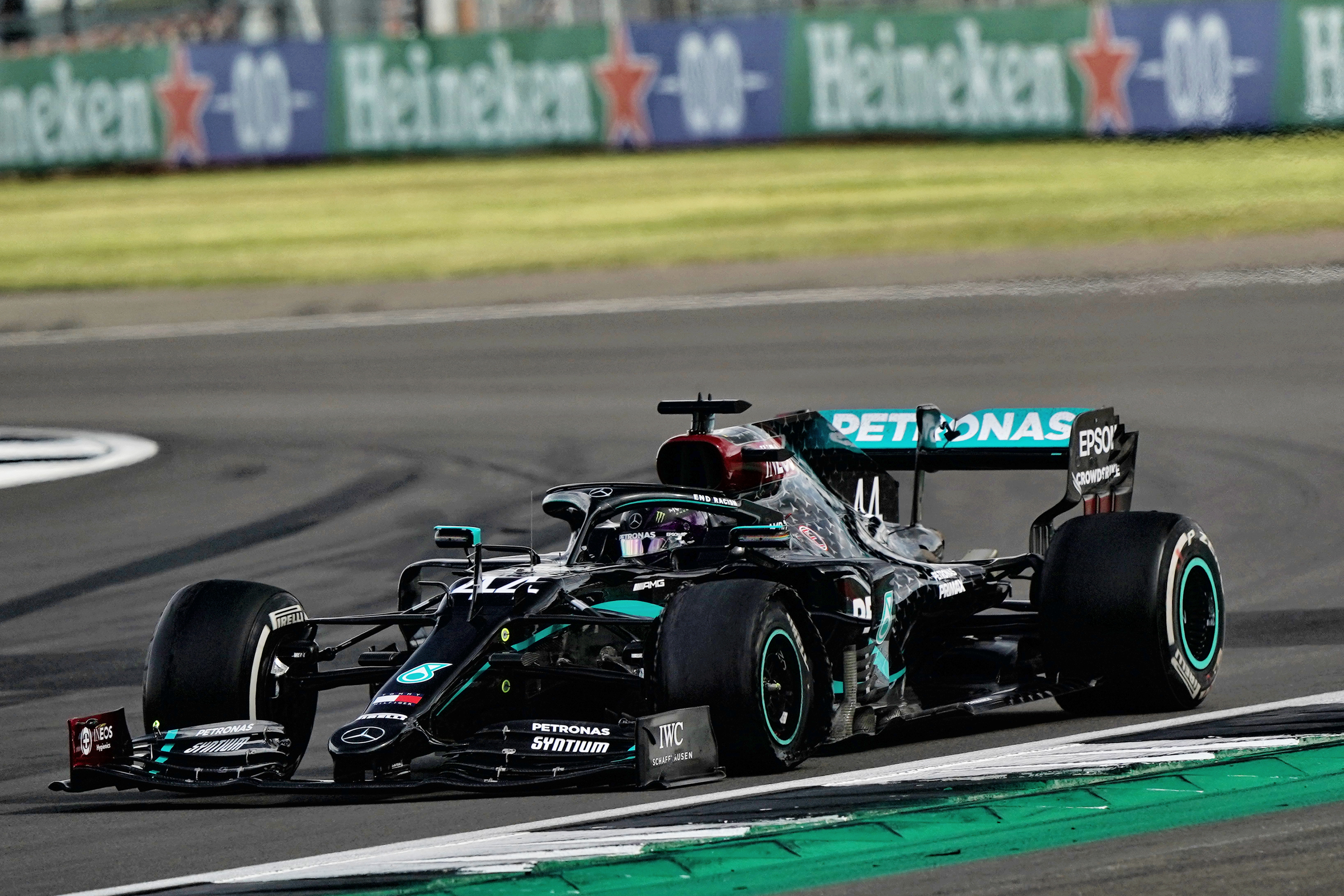