The Hamilton Commission, an initiative set up by seven-time Formula 1 world champion Lewis Hamilton, has revealed the findings of its research into the underrepresentation of Black people in UK motorsport.

Hamilton, the first Black person to race in F1, set up the commission in association with the Royal Academy of Engineering to identify the root causes of the lack of diversity in UK motorsport and F1 specifically.

Its process involved interviewing more than 100 people in the past year including representatives from every F1 team, research involving 2400 young people, detailed data analysis, surveying and literature review.

The result is a lengthy report spanning over 180 pages that includes the revelation that only 1% of motorsport engineering jobs are held by people from Black backgrounds and case studies of “outright racism” and discriminatory behaviour in UK motorsport teams that have been dismissed as “banter”.

THE PROBLEMS AND POTENTIAL SOLUTIONS

It has concluded that a combination of wider societal factors, including elements of systemic racism, and specific practices within F1 and UK motorsport has contributed to this situation.

Among those factors are a tendency for motorsport teams to favour students from the Russell Group of universities (which collectively had fewer than 900 Black engineering students in 2019), geographical factors like the UK’s ‘Motorsport Valley’ being too far from the cities in which the vast majority of young Black people grow up in low-income areas, and educational hurdles such as the reduced take-up of Science, Technology, Engineering and Mathematics (STEM) subjects through school and into higher education. 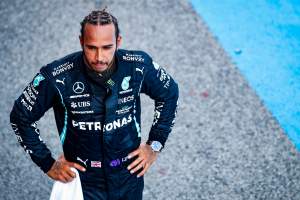 The commission’s recommendations include a call for F1 to lead the way in establishing a sport-wide diversity and inclusion charter, and to agree to exempt apprenticeships from the championship’s new budget cap to encourage teams to hire more young staff from underrepresented backgrounds.

To address its findings, the commission has outlined 10 recommendations in total across three core strands of support and empowerment; accountability and measurement; and inspiration and engagement:

2. An exclusion innovation fund to help address the high proportion of Black students who get excluded from school 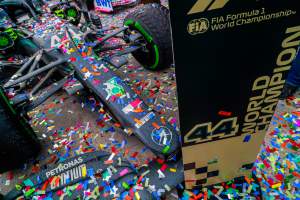 6. Creation of a diversity and inclusion charter

8. Department of Education and other bodies holding education data to enable easier public access to disaggregated data on student and staff characteristics at subject level

Rhys Morgan, director at the Royal Academy of Engineering, said the organisations spoken to for the report display a “not that uncommon” limitation in not recording data on the ethnicity of their workforce.

He said that was a “first level baseline thing that teams need to get into” and highlighted the process of identifying places of recruitment and working cultures as two other important areas that F1 must address.

“This idea of the best [candidates] tends to narrowly confine itself to a few of the top universities in the country, particularly for graduate employment,” he said.

“So, Imperial College, Cambridge, Bristol, Bath and so on. And very often what we found was the recruiting managers will have gone to those universities themselves.

“The whole notion of what is the best needs to be challenged, particularly in a teamwork environment.”

He added: “We did lots of data analysis, but the thing that really brought home, brought it to life, was the experiences of the engineers we talked to, and students we talked to doing engineering.

“Some of their lived experiences within motorsport, within engineering – microaggressions, just outright racism, racist comments that they would have to live with, which was waved away as banter.

“That came across quite strongly, the notion of banter which was actually just horrible racist comments.

“And also a few talked about how opportunities for progression were limited and sometimes they were overlooked for other people on the team.”

However, it is not just the motorsport industry that needs to change, which is why the commission’s recommendations go beyond identifying immediate opportunities in F1 and also seek to address issues within the education system.

Yohanes Scarlett, policy and research advisor at the RAE, found that only 2% of some 50,000 apprentices in engineering were from Black backgrounds, while only 20% of Black students got a first-class degree compared to 43% of White students.

Black Caribbean students in particular had GCSE results not good enough to take them onto A levels, prompting a significant drop-off in students at that level, while they also have a higher rate of exclusions that reduces an already depleted number of pupils.

There were only two Black Caribbean students who achieved the top grade (A*) in A Level Physics in 2019.

The report also determined that only around 2300 Black students were studying any form of engineering qualification in 2019/20 and fewer than 10 studied a motorsport qualification.

“If you don’t know what the issue is, you can’t fix it,” said Hamilton.

“It was an amazing journey to go on and learn from what Rhys and Yohanes found, things like there are 4000 companies within the UK and 40,000 jobs and 1% are from black backgrounds, was quite mind-blowing.”

Morgan said that from their discussions there was a positive response from F1 teams to the suggestion of exempting apprenticeships from their budget caps.

He said they are keen to explore that further with F1 and the FIA, while the report states that such schemes should be expanded “to provide financial assistance for travel, subsistence and accommodation where necessary, along with forms of remuneration”.

F1 CEO Stefano Domenicali called it a “comprehensive and impressive report” that F1 will “take the time to read and reflect on”.

There are set to be announcements “in the coming days” from the championship about its own diversity initiatives.

Hamilton is also expected to reveal more details in the coming weeks but stressed the importance is that the commission has created a to-do list for F1 and the UK motorsport industry that can have an impact. 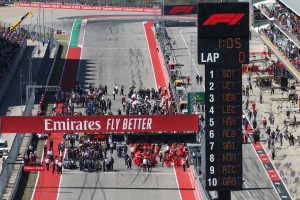 Why sport and politics really do mix
Read more

“This really is at the core of it, not only great findings but whatever we find the important thing is that we action it,” he said.

“This is a commission of action. I’m proud to say that this includes the new foundation that I’m starting, and the joint initiative with Mercedes, which is amazing. And they will be taking on some of the recommendations forward, as will I.

“We’re working closely also with the FIA and F1 and other engineering stakeholders of the sport. There’s a lot more to come later in the month, but this really is just the beginning. And I couldn’t be more excited.

“The time to change is now. The thing that I would be most proud of at the end of my career, or obviously beyond, would be to look back on the UK motorsport industry, five, 10, 15 years from now and see it more representative of our society.”