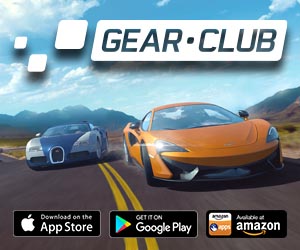 Haas has become the first Formula 1 team to unveil its 2020 Formula 1 car and livery, with images of the VF-20 revealed first on The Race.

The American team will return to the traditional colours of Haas Automation after one season in the colours of a title sponsor, but sport a new version of its grey, red and black colour scheme in 2020.

You can read a full technical review of the car from race-winning technical director Gary Anderson here.

Haas’s VF-20 will be tasked with returning the team to the heights of its first three seasons in F1 after a difficult 2019 campaign in which it only finished ninth in the constructors’ championship.

The first images of the car suggest that one key adaptation from last year is to move away from loaded outboard concept it opted for with its front wing, although the new car will only be seen properly for the first time on the morning of the first pre-season test at Barcelona.

“It’s always exciting to see the development of a new Formula 1 car and undoubtedly the VF-20 has to deliver where our previous car didn’t,” said team principal Guenther Steiner.

“With the regulations remaining stable into this season, it’s allowed us to improve our understanding of the car and to scrutinise ourselves more in order to find solutions and applications to channel into the design of the VF-20.

“Last year was definitely a setback, one I would never have asked for, but you learn from such situations.”

A familiar livery, but old form the key 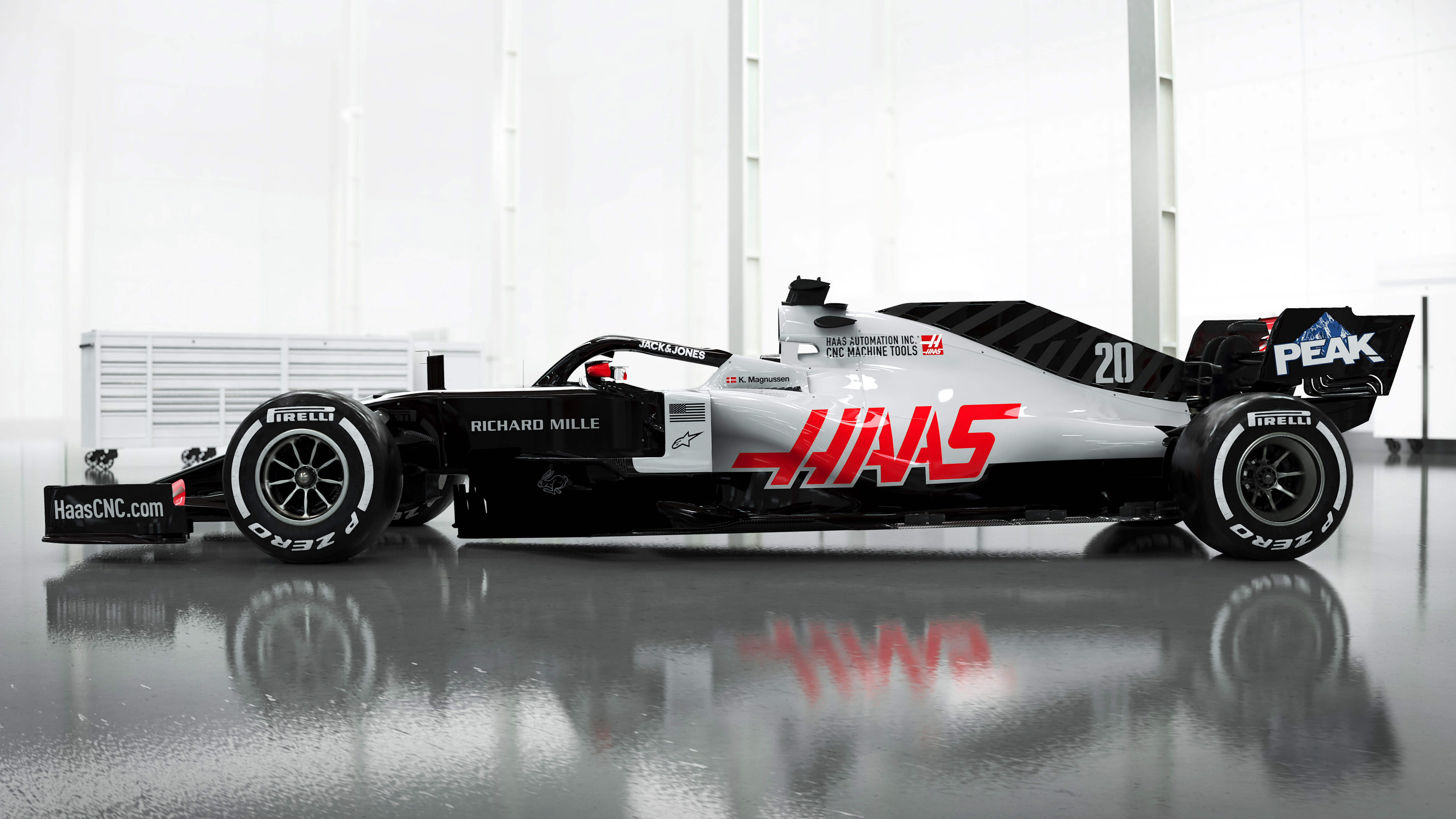 Now that his team is back to being free of a problematic title sponsor, Gene Haas said he was “pleased to see the car return to the more familiar Haas Automation colours”.

While funding from elsewhere is preferable, the turbulent experience Haas went through in 2019 with Rich Energy was regrettable, to say the least.

The team’s hands were already full trying to stop its season spiralling on-track, so off-track problems only served to twist the knife further.

Haas’s return to its familiar colours is a visible cue to erase the events of 2019, but as its owner pointed out: “Frankly, I’m hoping the VF-20 will return us to the kind of form we ran in 2018 when we finished fifth in the constructors’ championship.”

Haas says 2019 was a “tough” season for his team, and that is arguably an understatement. Last year was comfortably the team’s least competitive.

At some point, the wind was likely to be knocked from Haas’s sails, but the frustrating part of its 2019 campaign was that the VF-19 had great performance in a very narrow window.

That set up some stunning qualifying efforts, such as Kevin Magnussen going fifth-fastest in Austria, but also too many slumps when it mattered in races.

Haas says his team has been through a “real education process” and “applied that knowledge into making the VF-20 a more competitive entry”.

Spotlight not only on the car 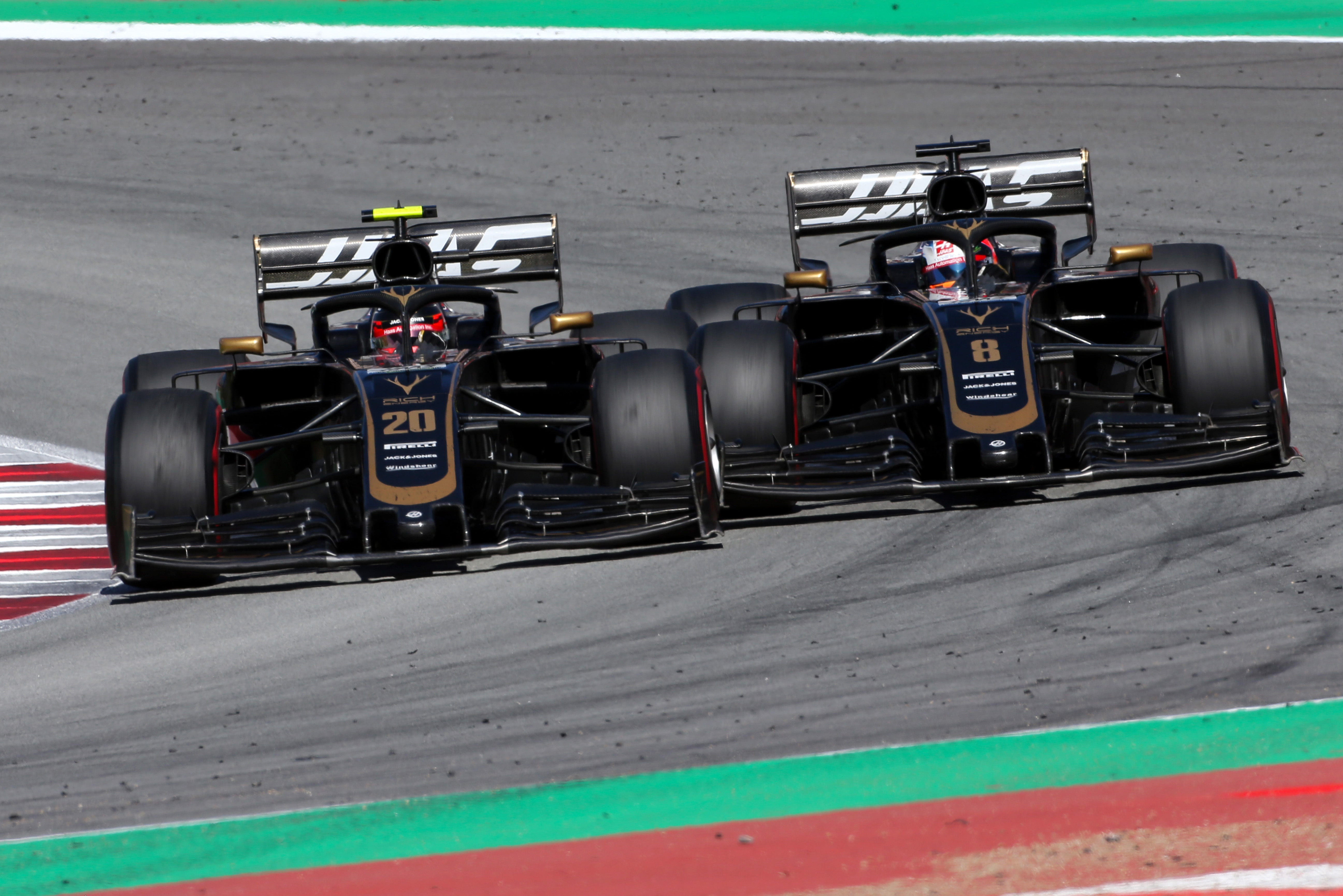 Magnussen will be the first to drive the VF-20 by kicking off the first pre-season test in Spain, with Romain Grosjean taking over on the Thursday.

Their early feedback on the car will be important, but the primary target for the two this season is for them to prove they can work together in harmony.

Steiner admitted last year that he feared Haas’s driver line-up was almost incompatible after a series of run-ins, most significantly the first-lap contact in the British Grand Prix.

However, Haas eventually opted to retain the pairing for a fourth season, having felt it reached a breakthrough on how to handle the two drivers, and that is a decision Grosjean and Magnussen must now vindicate.

The F1 midfield is too tough for Haas to lose ground because of friendly fire, especially if the newly-launched VF-20 proves anywhere near as inconsistent as its predecessor.

“It’s important to me that we’re back in the mix and consistently scoring points,” said Haas.

“We certainly have the capability and we’ve proved as an organisation we can do it.”

If the team has done its job, the onus is on the drivers to uphold their end of the bargain.

Is Russell good enough to be Mercedes’ future? 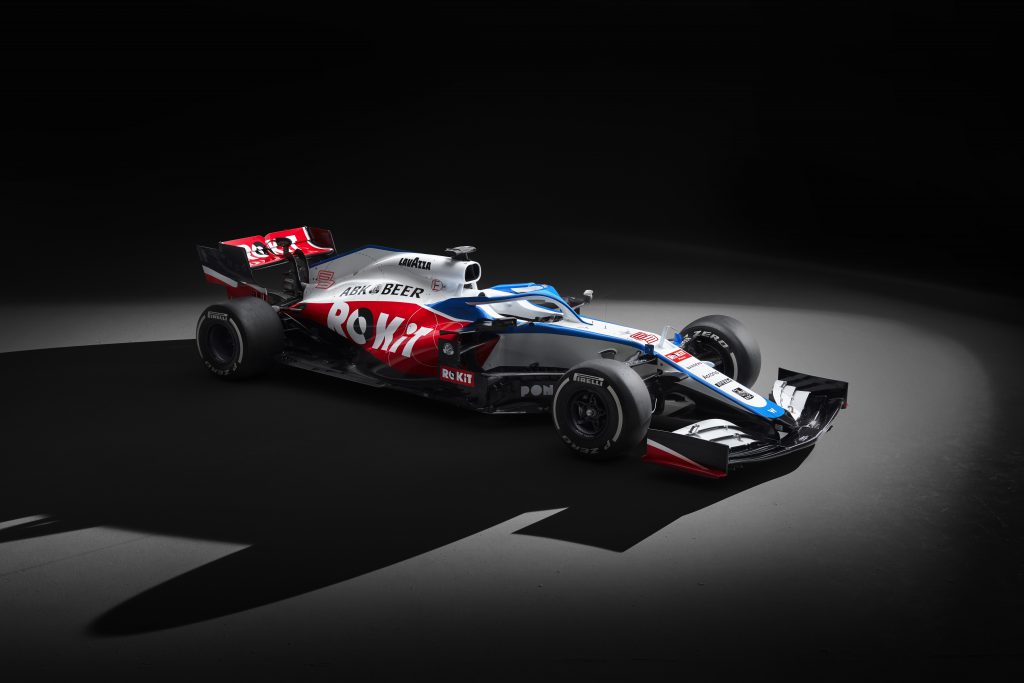 Podcast: What can Williams hope for from 2020?

Early analysis of the 2020 Williams Formula 1 car isn't hopeful, but what can the recovering team still get out of this season? 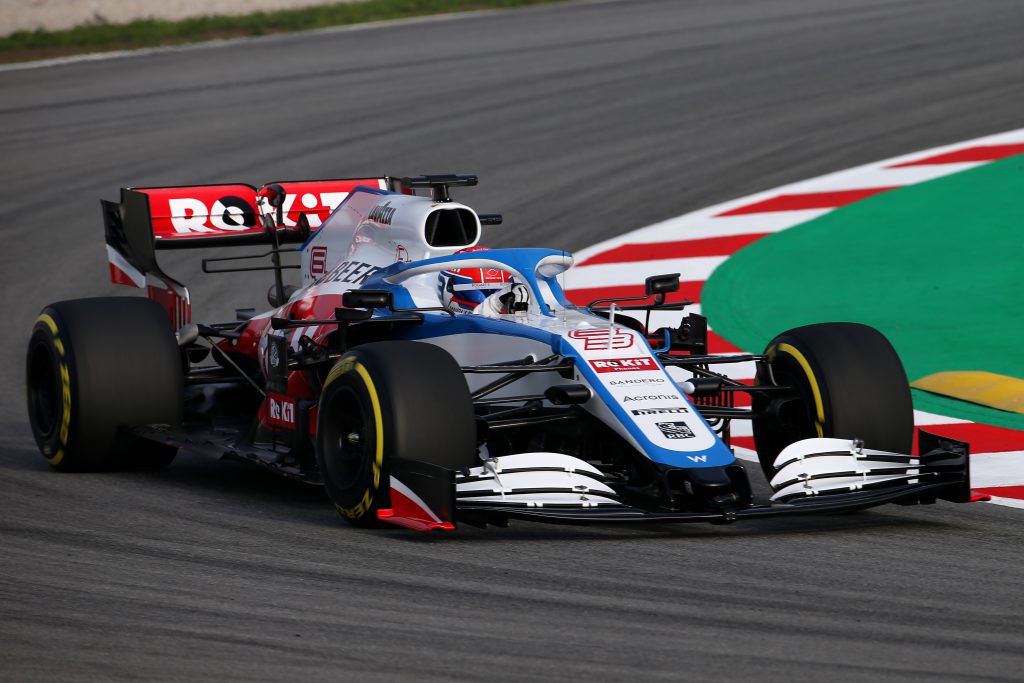 Video: Where Williams’s design is lacking

Williams has started its 2020 Formula 1 campaign far better than its troubled 2019 pre-season, but has it done enough with its design? 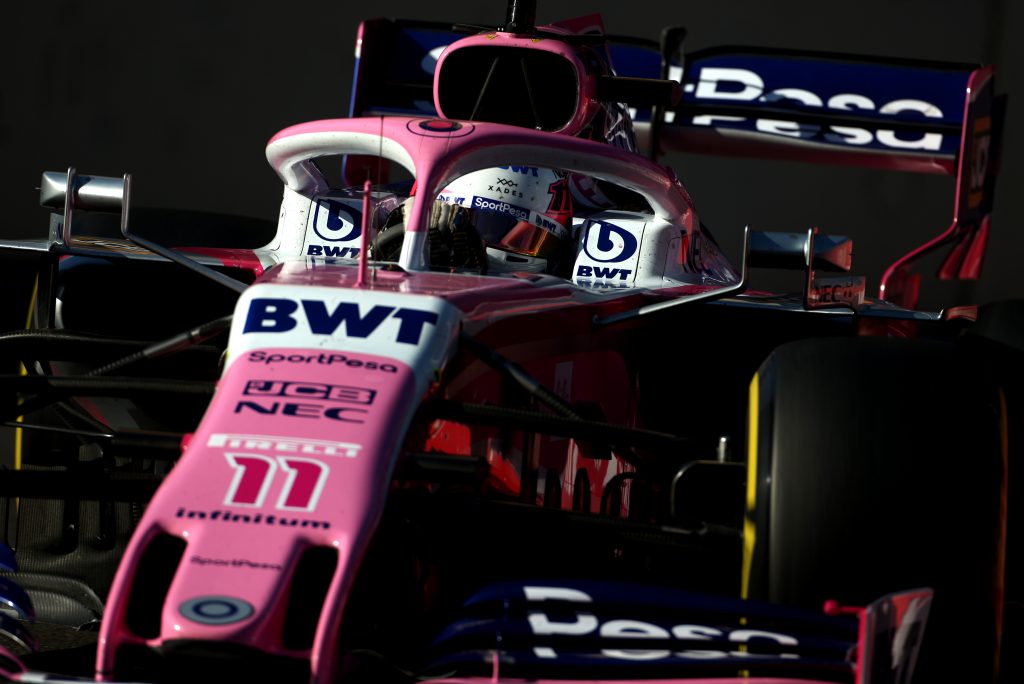 The 2020 Formula 1 season will be transitional for Racing Point before its Aston Martin era, but it should also be a big step forward over 2019 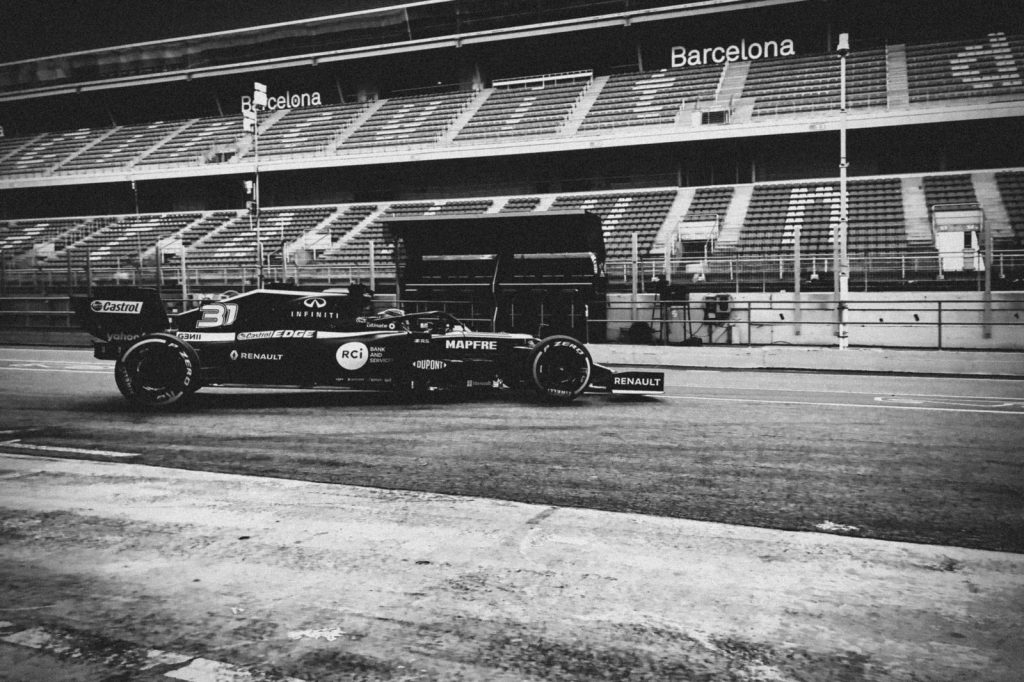 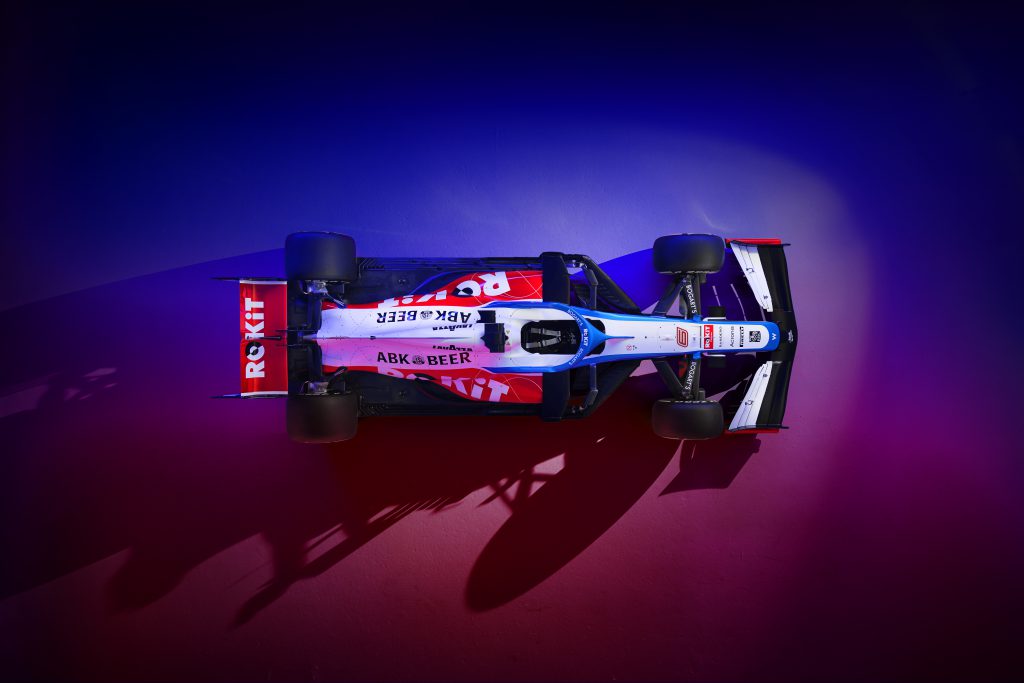 “Should the track really be breaking up?” – Bird’s painful day

Vettel defiant in face of questions over his future