You could say that Aston Martin is the first team to bite the bullet with its initial concept and redesign its sidepod package to follow the path of the team that it believes has the best package in Formula 1 this year. In this case, that’s Red Bull.

This is part of a major upgrade for the team, which struggled badly with porpoising in the early stages of the season and had to run at higher ride heights to protect the floor from damage.

The upgrade is extensive, including the floor, sidepods, engine cover, rear wing and halo vanes. Much of this appears to be ‘inspired’ by the Red Bull RB18. 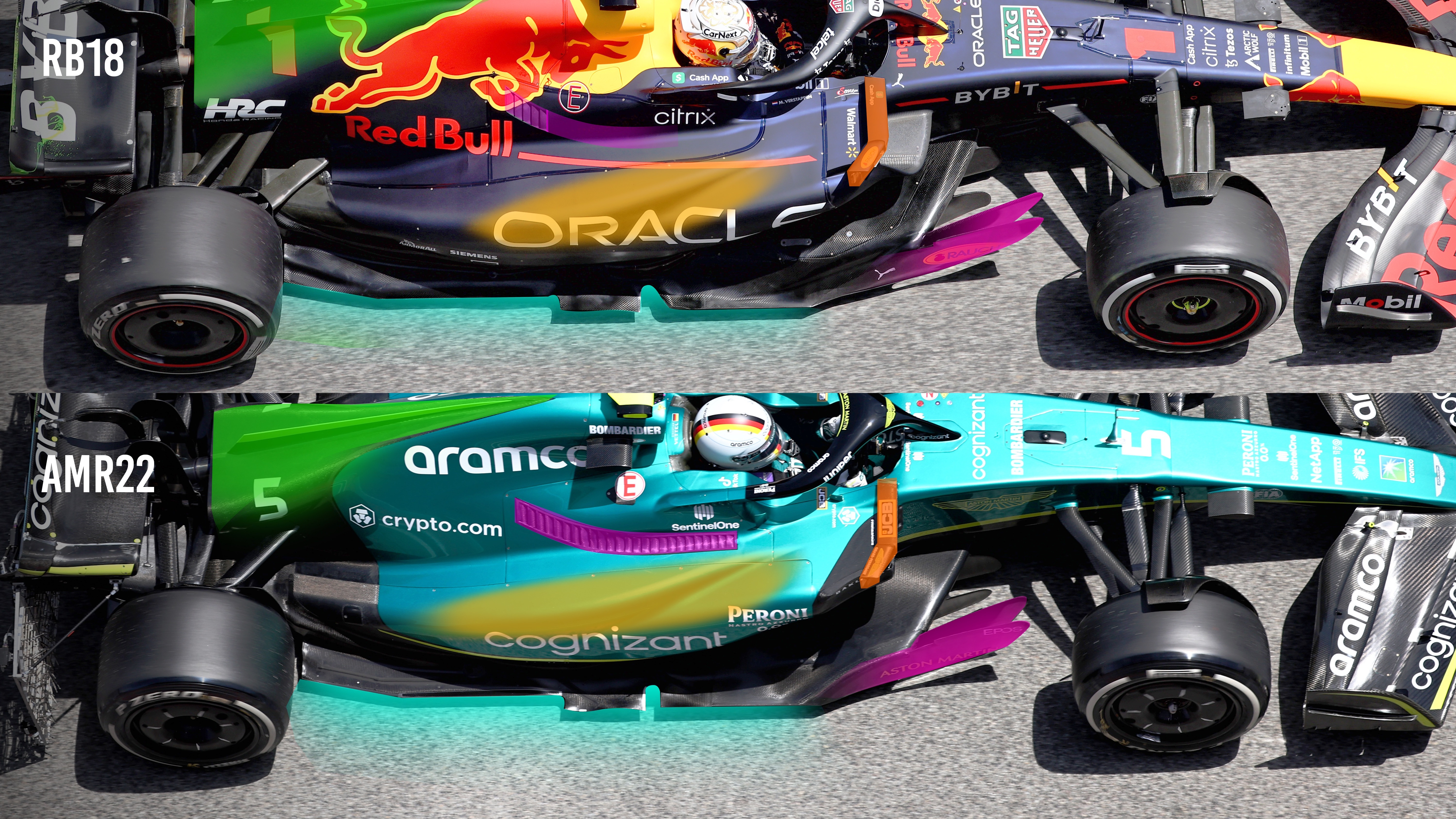 Our visual comparison picks out how similar various parts of the package are. The wing mirrors (orange), cooling louvres (purple), the squarer tail of the engine cover (green), the vane extension at the outer edge of the venturi tunnel entries (pink), the floor edges (turquoise) and the undercut/downwash elements of the sidepod (yellow) all look very similar.

It’s no surprise Aston Martin has gone in this direction. Dan Fallows, who was chief aerodynamic at Red Bull for many years, is now at Aston Martin as technical director. And while he was unlikely to be directly involved in the design of the Red Bull RB18, you can see his influence and the Red Bull philosophy in this package. 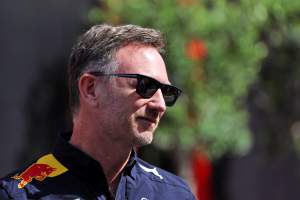 As Racing Point in 2020, this same team showed no reluctance to copy the Mercedes. Once again that seems to be the team’s philosophy.

If the copy of the Mercedes for 2020 and now this copy of the Red Bull is all created from simple snap shots then camera technology has moved on dramatically since my day of looking closely at pictures of other cars for inspiration.

The team also say it started this design in parallel with its previous version. If that is so, which I doubt very much, then why commit to building the previous version? And remember, the Red Bull sidepod package didn’t appear until the second test in Bahrain with a very different version used for the first pre-season test. 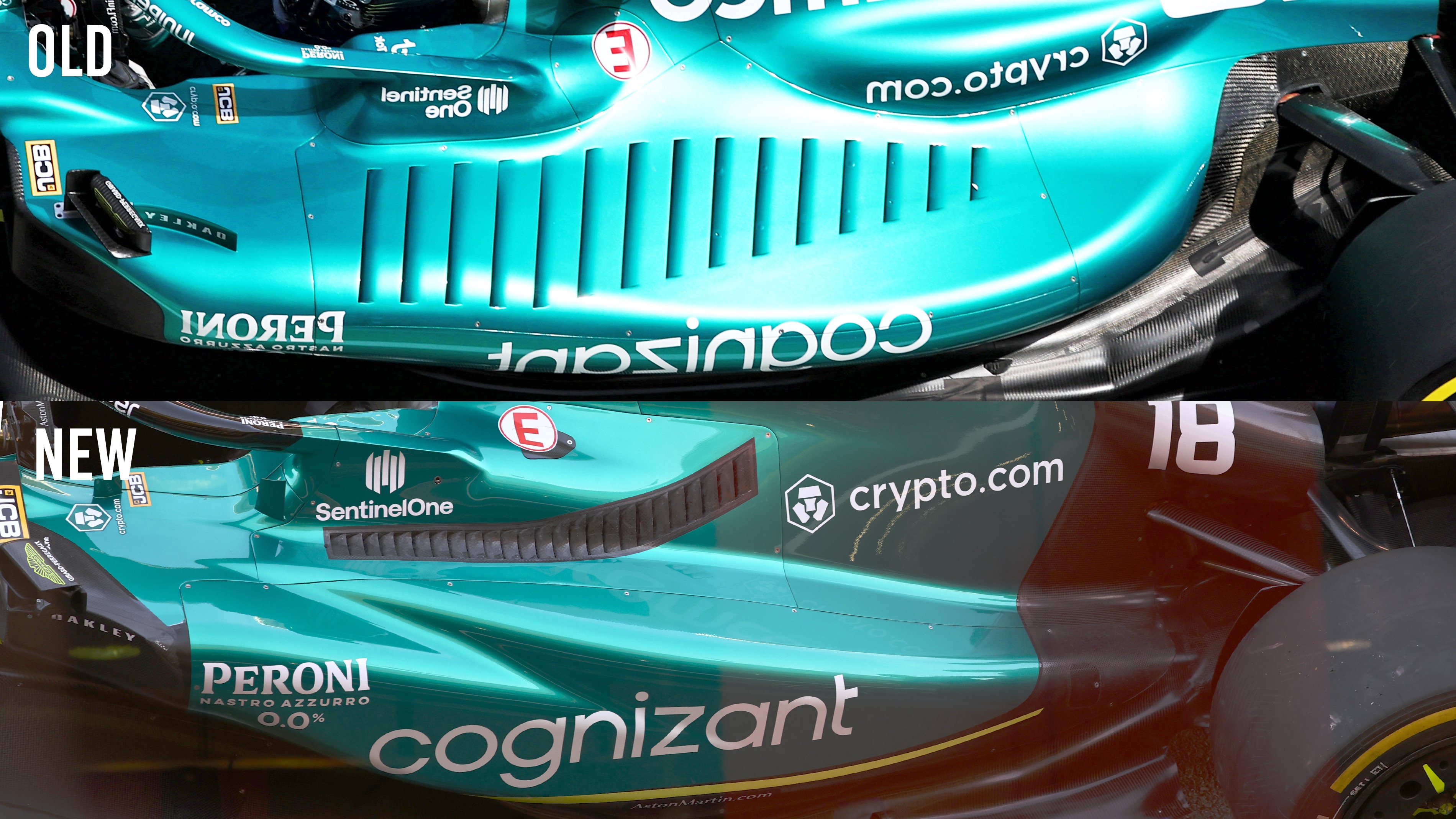 It is windtunnel numbers that allow you to make decisions on which way to go with any development, so why build a car with worse numbers only to change your mind for race six and build a car that must have better numbers? You wouldn’t commit that extra expense. You could say I’m confused-dot-com.

However, it’s all about performance on the track and that’s what it will be judged against. Red Bull has moved on from its initial car for 2022, so copying only means you are at a minimum one step behind whichever team it is you are trying to emulate. 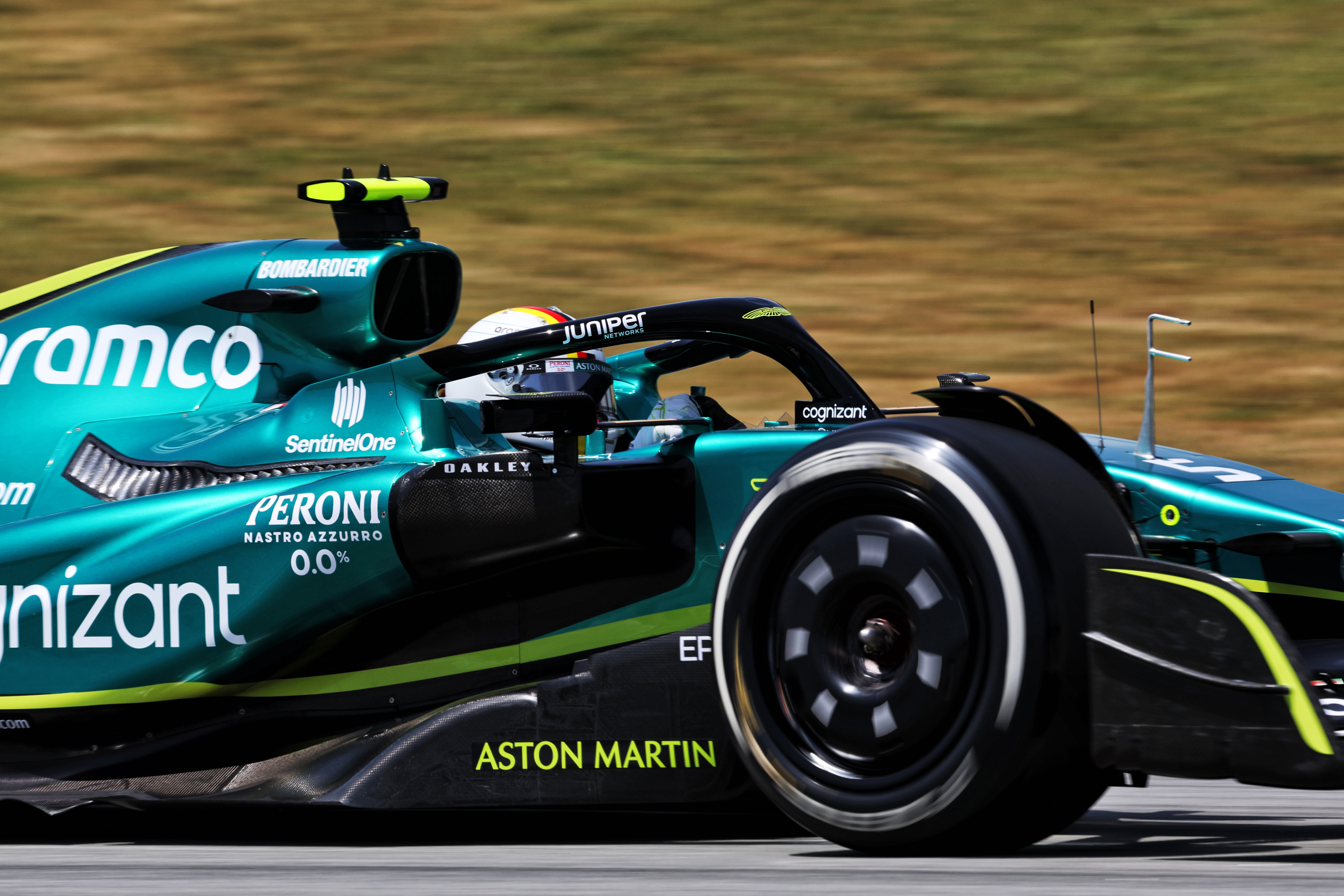 Anyway, from the initial concept of what was sometimes called a twin floor because the undercut sidepod more or less continued from front to back, Aston Martin now has a deep angled undercut on the front corner to generate outwash. This will scavenge the front corner of the underfloor, generating downforce from that area.

The Aston Martin also has some ducts on the outer edge of the floor (similar to Red Bull) to help set up the vortices that help seal the rear half of the floor. 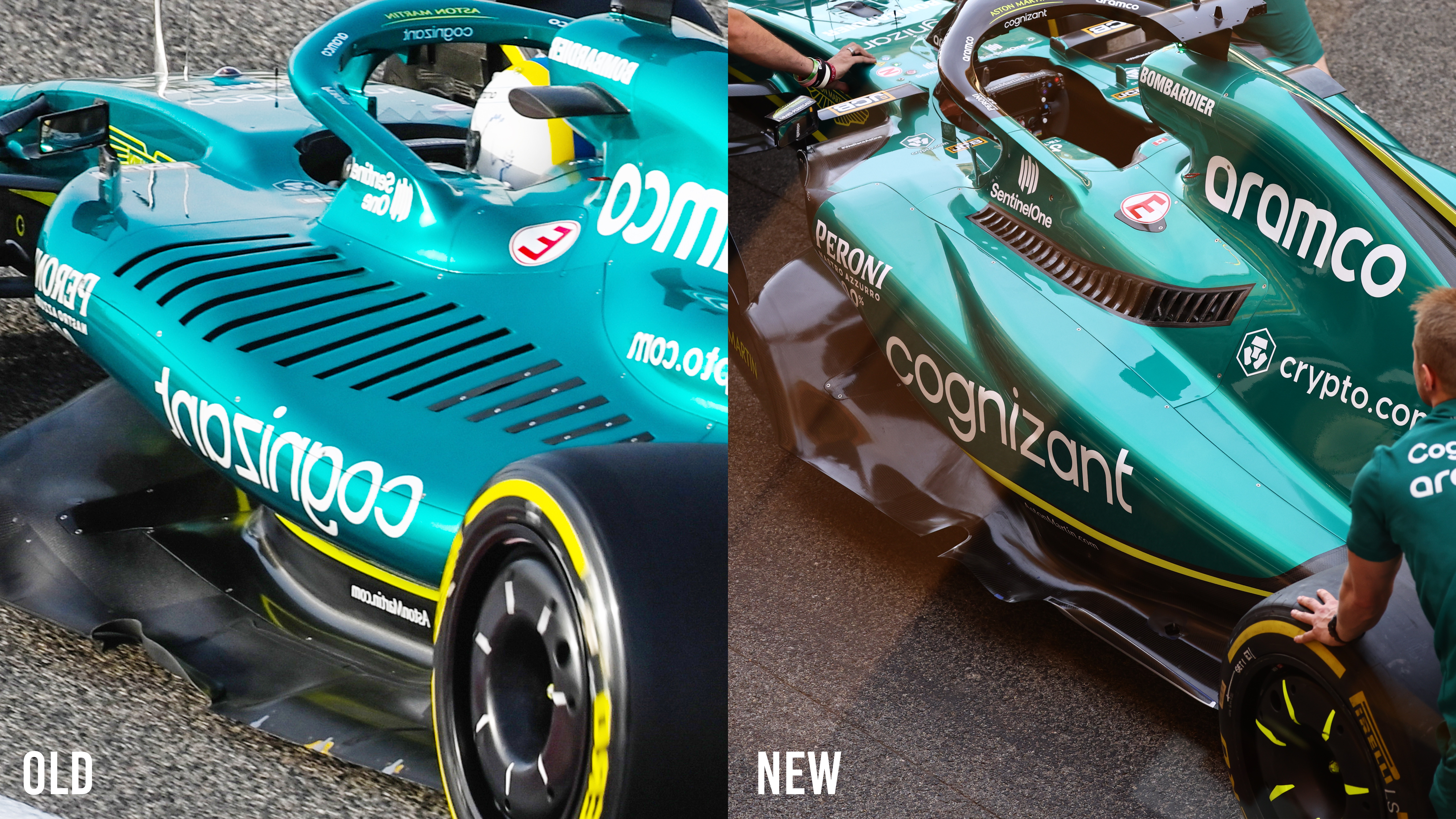 The small tunnels in that rear half of the sides of the floor reduce the flat outer floor foot area that can cause problems, because they create a mechanical seal when they get near the ground. This tunnel creates an air cushion seal, which makes the sealing more like a dimmer switch than an on/off switch.

The sidepod is one thing, but the major part is the bit we don’t see – the underfloor itself. Aston says it has a new version but the big question is, is it the same as Red Bull’s, which is actually very different from anyone else’s in the pitlane and is not exactly in view too often? Hopefully not, but if it is then some questions need to be asked. 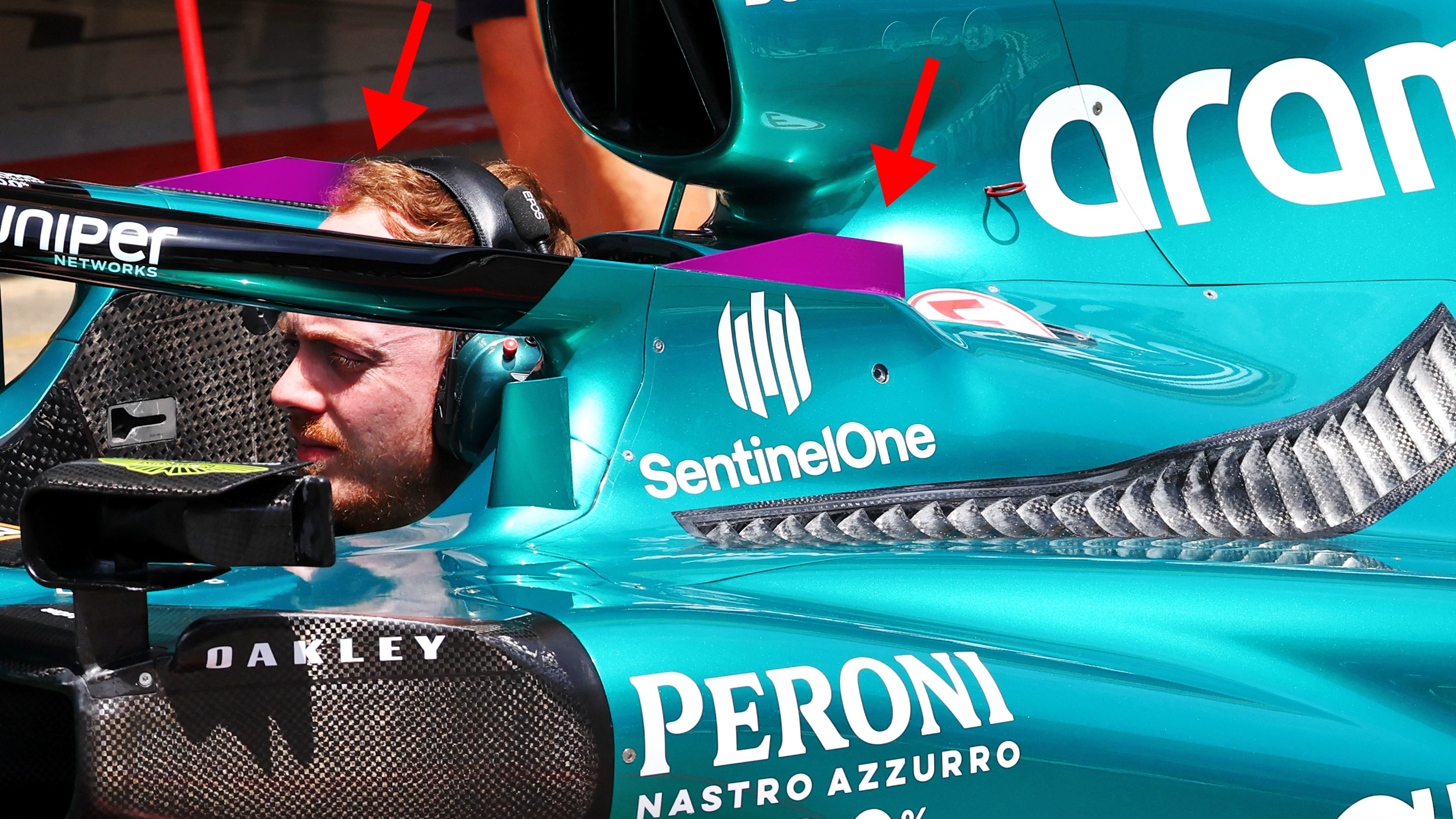 There are other details that are also clearly Red Bull-inspired. The vanes mounted at the rear of the halo on each side (highlighted in purple) are similar to those on the RB18.

They will tidy up the airflow that the driver’s head displaces and pushes around the sides of the lower part of the rollover bar. We also saw Aston Martin switch to an alternative version of this fairing at one point during FP1 with the vanes moved. 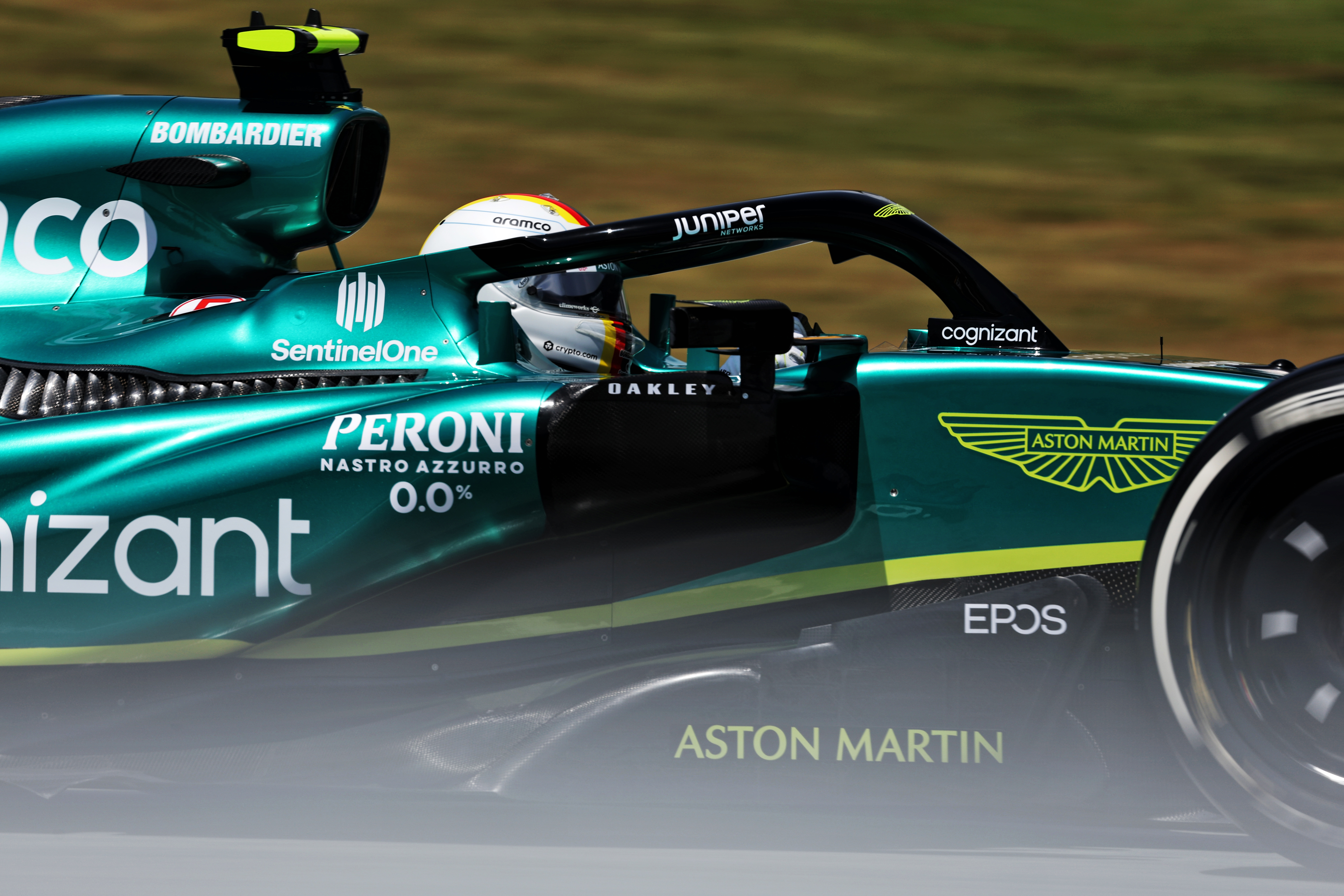 If we just take some of the smaller details and compare them to the Red Bull version it is surprising how similar they are. Take the rear-view mirror and its mounting arrangement, including the turning vane below and behind it: yes this is a component that there are thousands of pictures of, but add that to the rest of the car and it just compounds the list of questions.

Getting this all to work as well as Red Bull has is about understanding how to manage the car’s set-up to work with it. 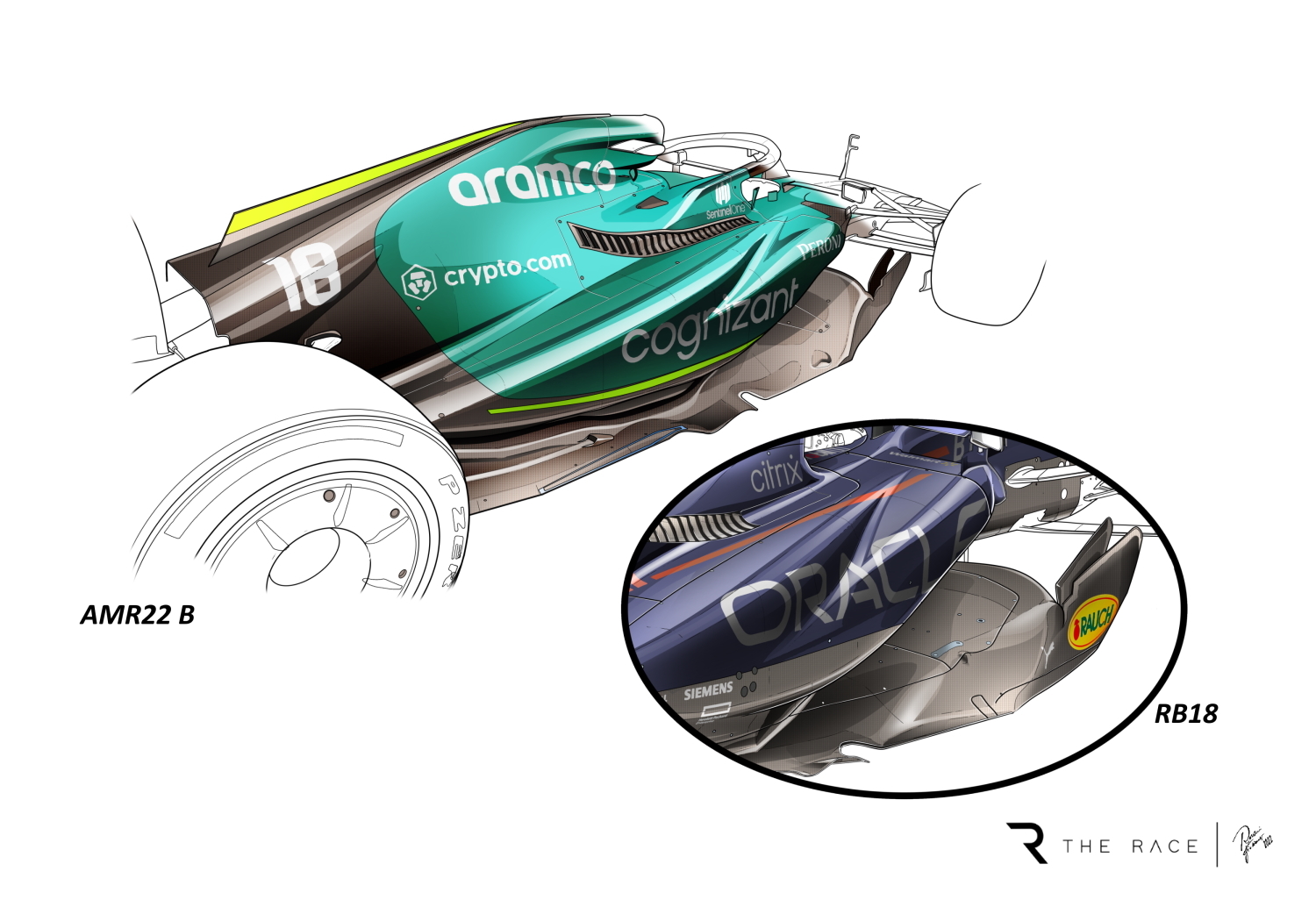 From all that, you can see I’m not a fan of this copying philosophy of another team. Yes, you can take inspiration from pictures of bits and pieces but a whole concept, no.

There are a few people in the pitlane who know the real facts behind this new version and there is one that might just spill the beans. He didn’t like the way things were going at Aston Martin and has now moved on to Alpine.