Gary Anderson: What Renault should do about its downforce oddity - The Race
Skip to content
Formula 1

Gary Anderson: What Renault should do about its downforce oddity

Renault has done a really good job of recognising the downforce level where the car works well and it’s good to see a team go away from what the simulations suggest is fastest. It’s like the old days, experiment a little at the track and you might just hit that ‘sweet spot’ – especially if you listen to the driver feedback.

If we look at Renault’s performance relative to pole position over this season, it confirms that when they are at a track that allows you to run lower downforce without paying a big price, the car is at its best.

Silverstone 1 – +2.024% (medium to high downforce required but can compromise)

Spa – +0.799% (bought into lower downforce approach and reaped the rewards)

As Daniel Ricciardo explained after the Belgian Grand Prix, the car certainly agreed with the drivers when it ran in this configuration. 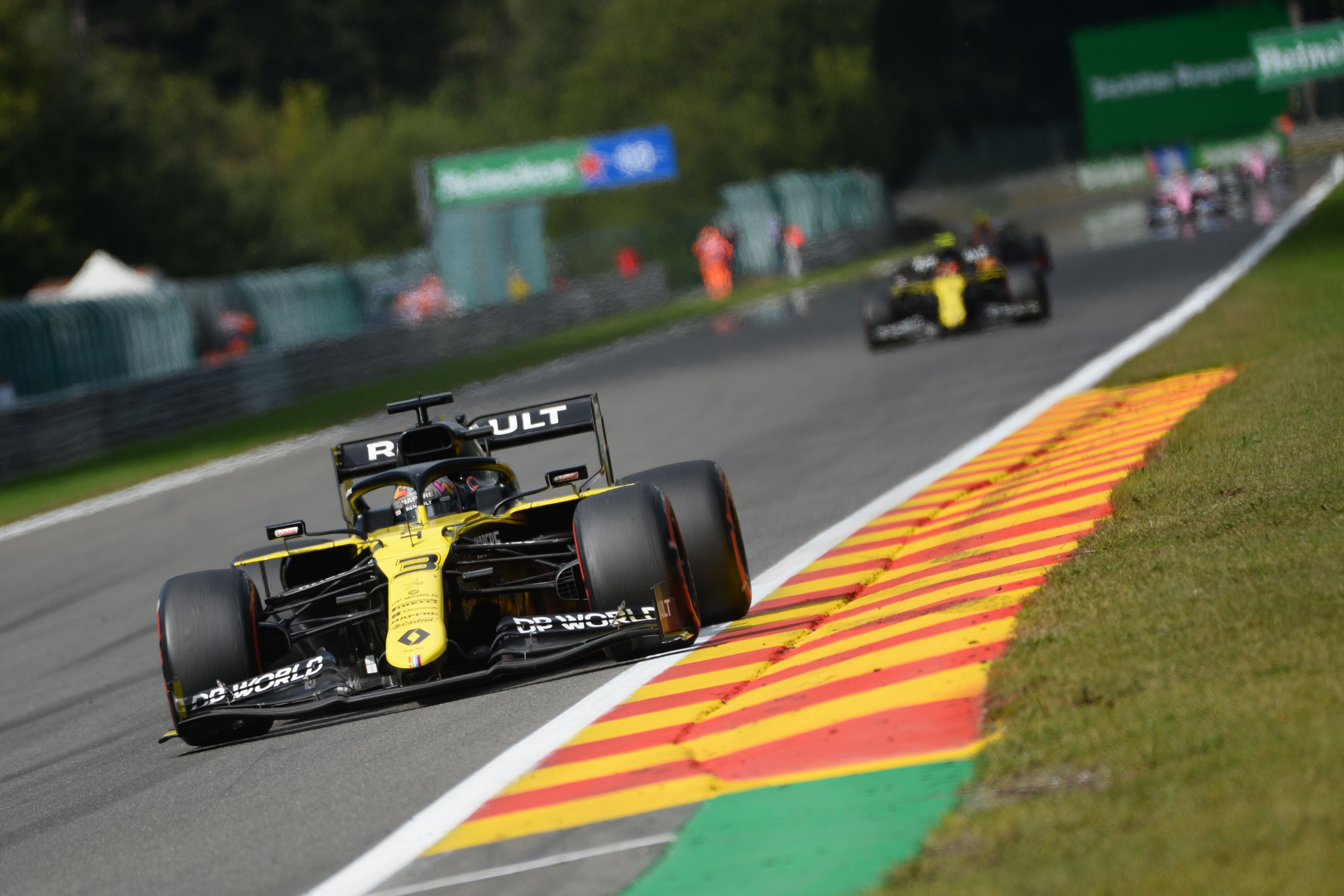 “It’s something we picked up from Silverstone,” said Ricciardo. “We picked something up on the setup – a sweet spot. In terms of feeling in the car, this is where we need to run the car. And we played around a bit here as well this weekend with it.

“There was one session, I think it was FP2, where we found the sweet spot. So there is something fundamental, which I think we’ve got a good chokehold on. We’ve just got to try and get it working on high downforce. 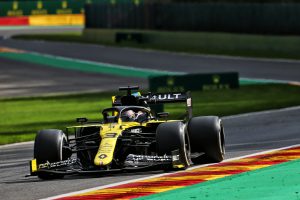 Inside the lap that ‘scared’ Ricciardo and defied Abiteboul
Read more

“It’s not typical to low downforce, we can run it on all levels so I think it’s just finding what works best for the high downforce. It certainly brings the car alive. I’m pretty confident this is where the RS20 likes to be run.

“I’m not sure we had like a real discovery like this last year so that’s been encouraging. A setup on the car is working better and it’s giving the car a lot more grip, basically.”

When Ricciardo says the car feels like it is in its ‘sweet spot’, what he means is that to the driver the car feels balanced, responsive and consistent in its response to his inputs. If you can achieve this, it gives the driver confidence to push that little bit harder and the reality is they actually find the lap time.

The thing to remember is that the Mercedes is in its sweet spot when it is carrying quite a bit more downforce, which is one of the reasons why in qualifying Hamilton was eight-tenths of a second up the road.

Other than the safety car intervention and Hamilton seriously looking after his tyres for the last few laps, this deficit per lap would probably have carried on into the race. This would have meant that Ricciardo would have finished 35 seconds behind Hamilton. 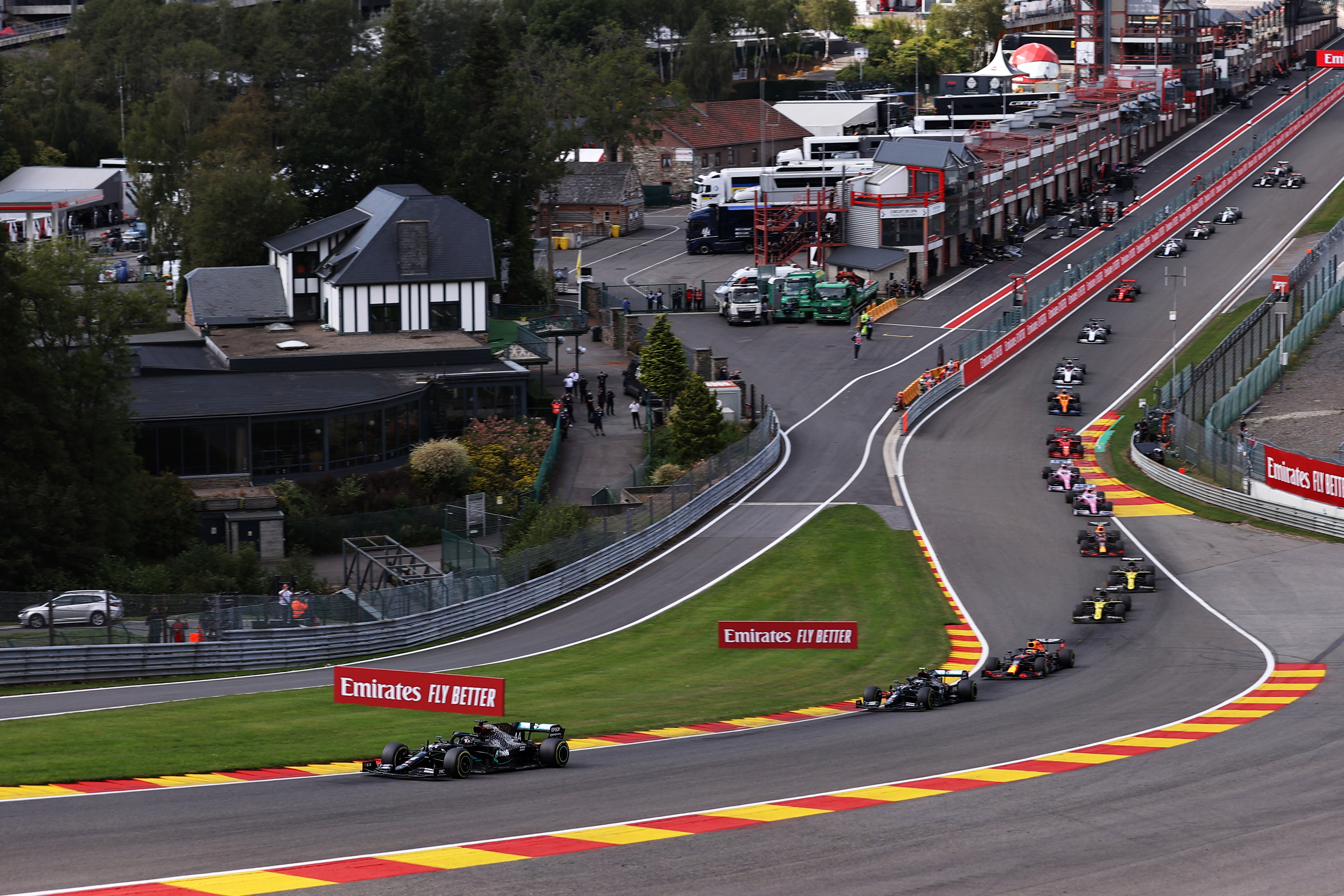 What Renault needs to do now is recognise what makes the car feel like this and try to emulate it with more downforce on the car. For the next two races, Renault will probably be able to get away with what it has found in Spa but very soon higher downforce levels will be required to be competitive.

The front wing will always react differently on circuit to how it reacts in the windtunnel and/or CFD. This is because on the circuit the wing is never actually steady-state, it is always on the move.

Every day in every way, you need to learn something new. Renault has done that over the Spa weekend

If it gets too close to its critical height, the deflection and that slight vertical movement generated from the tyre frequency can easily tip it overboard. This can generate an aerodynamic stall much greater than your windtunnel data shows should happen.

Running with a slightly lower downforce setup means that the wing surfaces are not working so hard and the working window is just that little bit wider. This means the car simply feels more consistent. 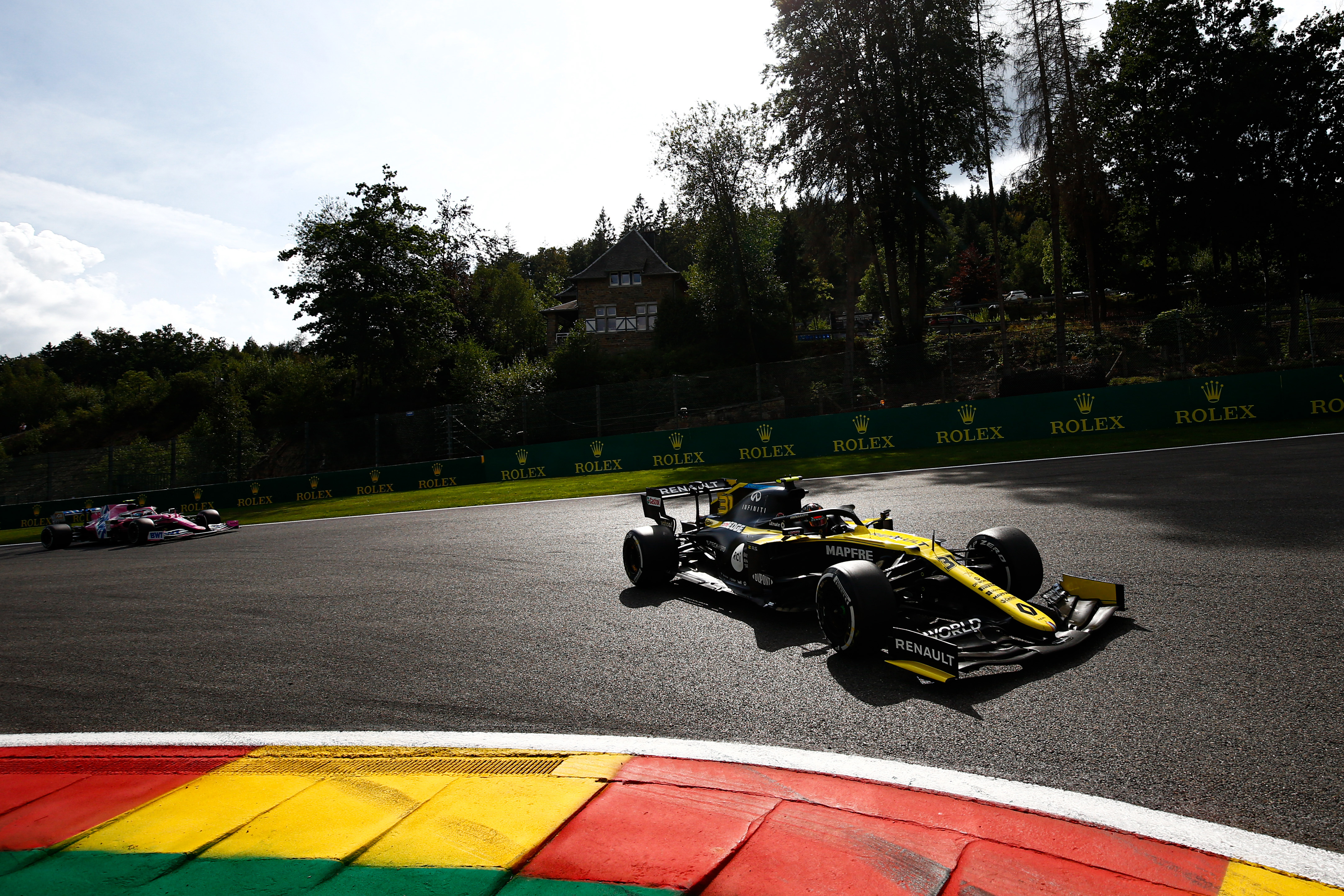 If that extra 87kg of front downforce moves the front wing down towards the ground by say 1mm – either by the car’s vertical spring rate, front tyre rate or simple deflection with load – and that 1mm is the critical height where airflow separation is induced then it all depends on what percentage of downforce loss that equates to. 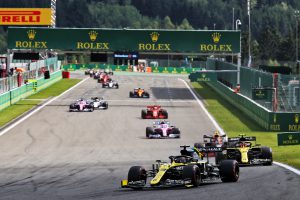 If that loss is less than the 87kg increase, the front of the car will arrive at more or less an equilibrium where the downforce increase with increasing speed is mitigated by the airflow separation on the front wing.

That extra front wing load of 100kg to start with plus 104kg from the speed increase now means that for the same ride height and car stiffness the front wing now moves 2.3mm lower to the ground, the aerodynamic stall is increased and because the surfaces are working harder the percentage loss will also increase.

If the downforce loss because of the increased stall is more than the 104kg from the extra speed then the front of the car becomes unstable and starts proposing, inducing very inconsistent airflow off its trailing edge, which the rest of the car has to cope with but wasn’t designed for. 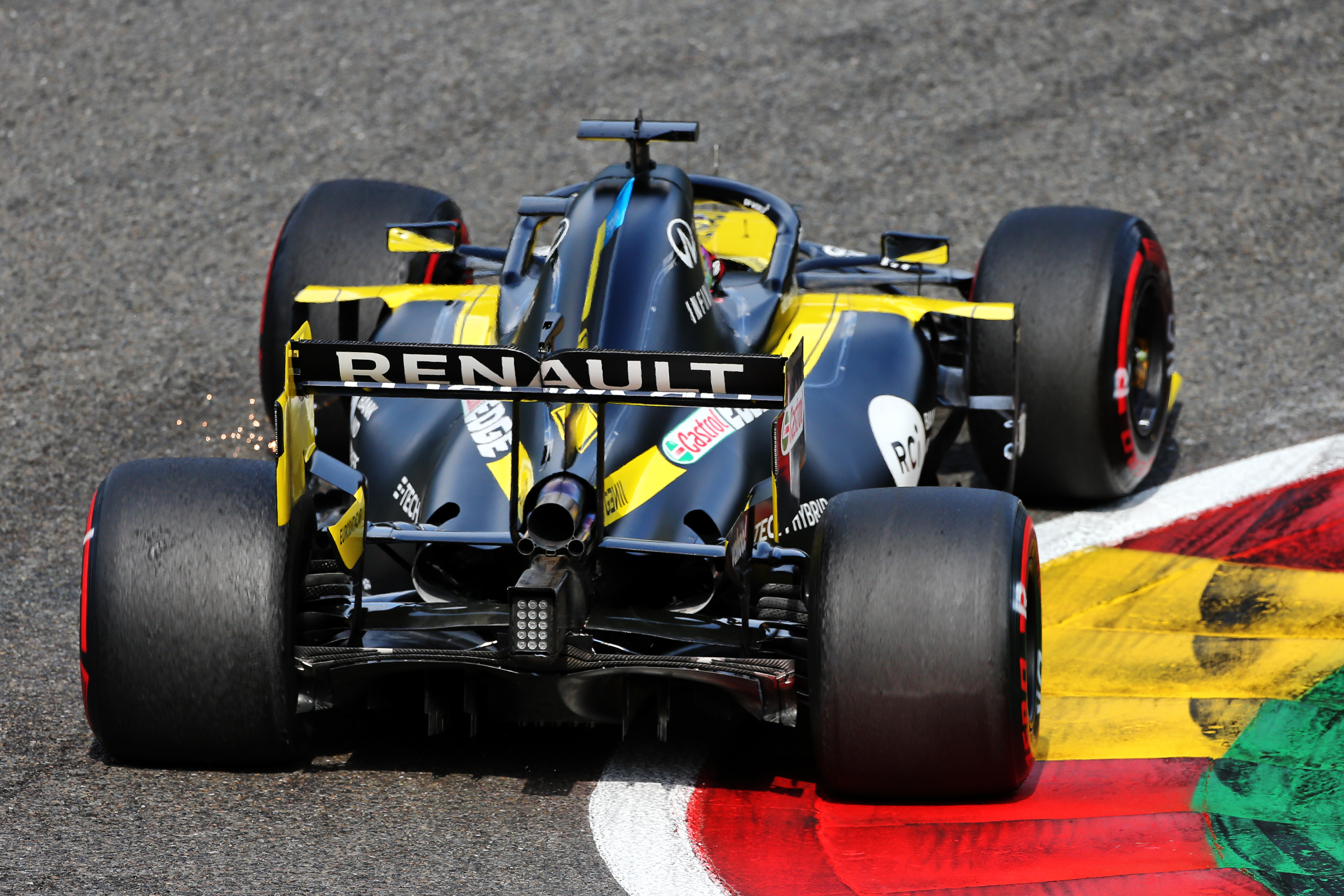 The trend then will be to stiffen the car, which reduces the feedback to the driver, hurts traction, brings in more low speed understeer and makes the car inconsistent under braking. There’s nothing there that’s too positive.

This aerodynamic loss is similar to what happens when following another car, but when you are doing that you expect the car to feel bad. It’s when you are on your own that it stars to confuse the driver as the balance shifts from understeer to oversteer. In some braking areas, it’s easy to lock the fronts, in others, it’s easy to lock the rears with no real understanding of why.

Every day in every way, you need to learn something new. Renault has done that over the Spa weekend. Now it needs to recognise why and rectify it to allow it to run higher downforce and keep the car in the ‘sweet spot’.