Gary Anderson: What change of engineer could do for Albon - The Race
Skip to content
Formula 1

Gary Anderson: What change of engineer could do for Albon

Red Bull’s Alex Albon has had a difficult start to the 2020 Formula 1 season, but the change of race engineer from Mike Lugg to the experienced Simon Rennie is an opportunity to turn things round.

When it comes to getting the best out of a package, the problems are never down to just one thing.

Yes, we always judge the drivers in any team against each other and, as I often say, if one driver can do it then the other should be able to do the same. But sometimes it’s not as simple as that.

These days we regularly get to hear the driver and engineer talking over the radio. Sometimes the communication is fairly amicable, other times it can be a little confrontational. But in general, if you have a good relationship with your engineer the tense exchanges are all taken with a pinch of salt. Both understand that together you are stronger than you would be individually. 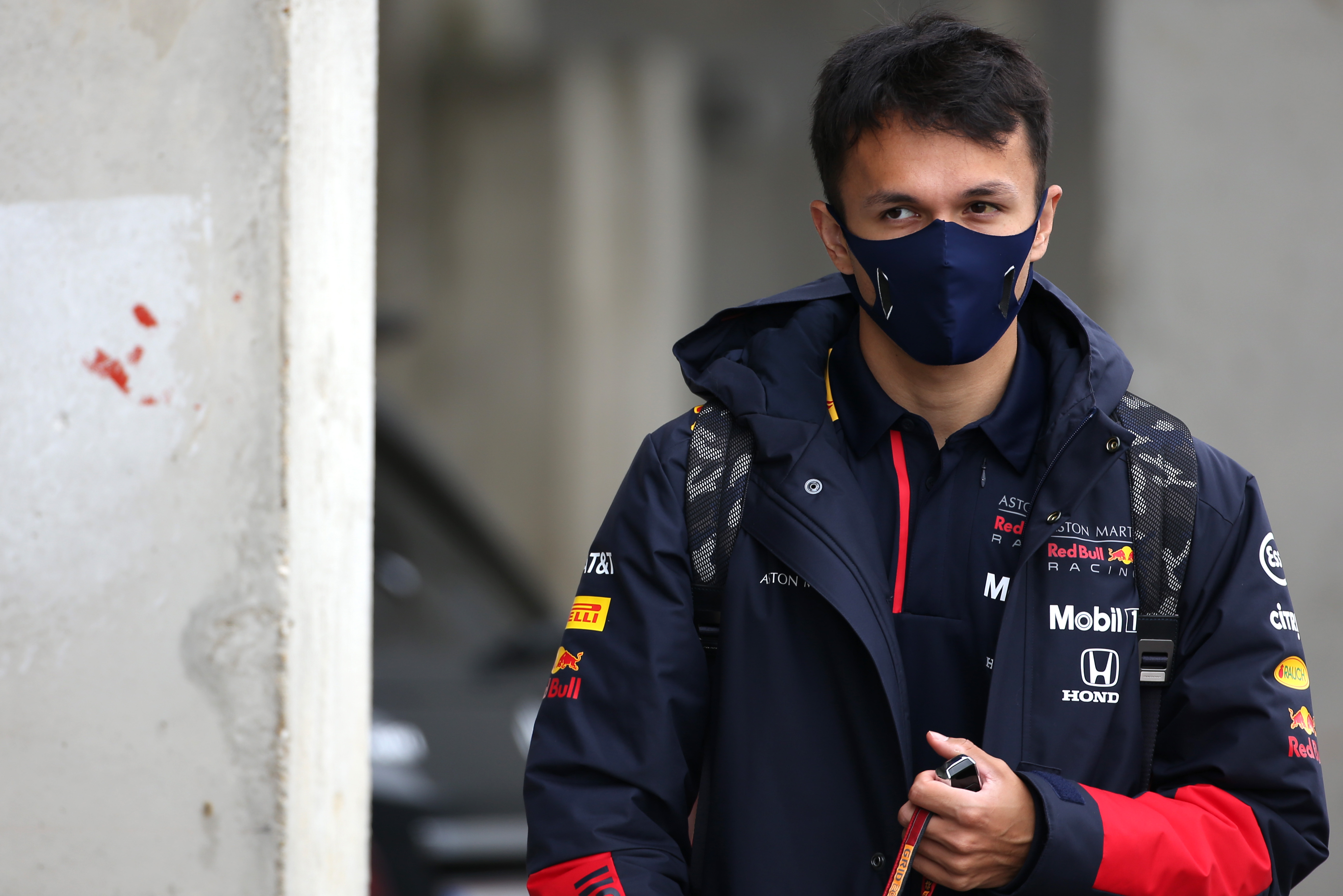 Over the last couple of races, we have heard Albon complaining about the balance of his car. He doesn’t seem to be happy with it, especially when it comes to wringing the car’s neck to get a lap time out of it on new tyres.

It will have been tough for his race engineer, as the other side of the garage is doing a reasonable job – not as good as we all expected or hoped for but still a reasonable job with two podiums and a retirement from a good position for Max Verstappen in the three races so far.

I’m pretty sure that Lugg, Albon’s outgoing engineer, is at the top of his game but sometimes the relationship and belief in each other is more important than anything else. Believing in each other is critical and that’s what Albon needs right now.

Rennie’s track experience with other drivers will also be a good measure for Red Bull to assess where Albon really stands.

This change is not just to help the driver, it is also to allow Red Bull to get a more experienced view of where Albon really is as a driver. Rennie will have a better idea of what the feedback should be like, so this is an important change when it comes to Albon’s future.

Together, they need to get the set-up of the car to a level that the driver is happy with. That doesn’t necessarily mean it will be quick, but if you can get the driver happy with it then you can move on from there. Albon will gain confidence from knowing that he has a good baseline. 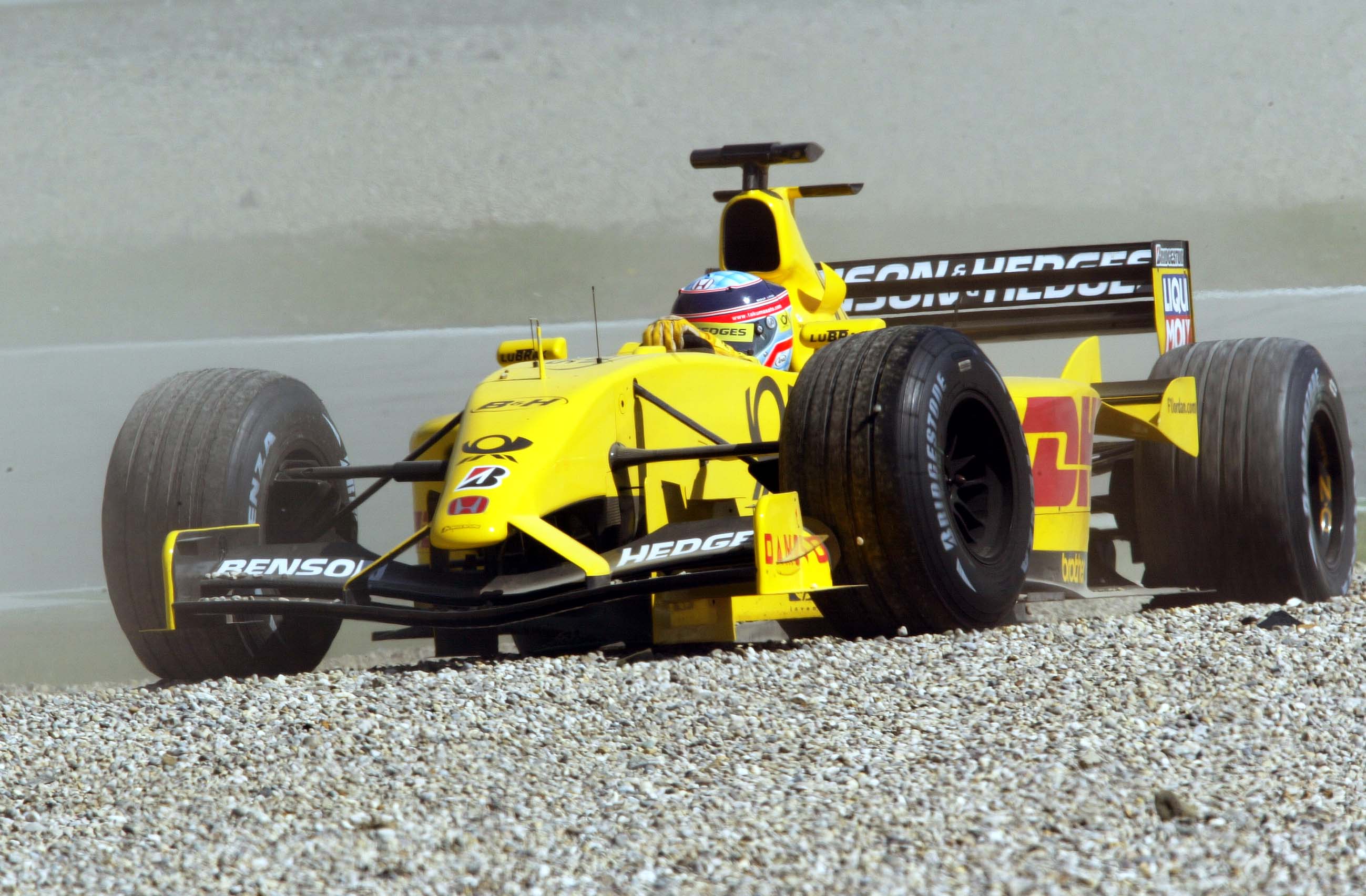 I remember when Takuma Sato drove for us at Jordan with James Key, now technical director at McLaren, as his engineer in 2002. Sato was quick but always complained of understeer, so James would satisfy his needs and reduce the understeer until he was happy.

But then Sato would disappear into the gravel trap because getting rid of the understeer just made the car more nervous and it would catch him out.

We went to Silverstone for a test day with him and when he complained of understeer, we said ‘yes but it’s time to get used to it and alter your driving style slightly’. He did that and the speed was still there, but the mistakes were reduced.

Having a good relationship between a driver and race engineer is critical. Not all the good ideas come in debrief meetings and you need a relationship that allows you to chat out of office hours. That is when a better understanding between the driver and engineer builds. If you can have that the rest comes naturally. 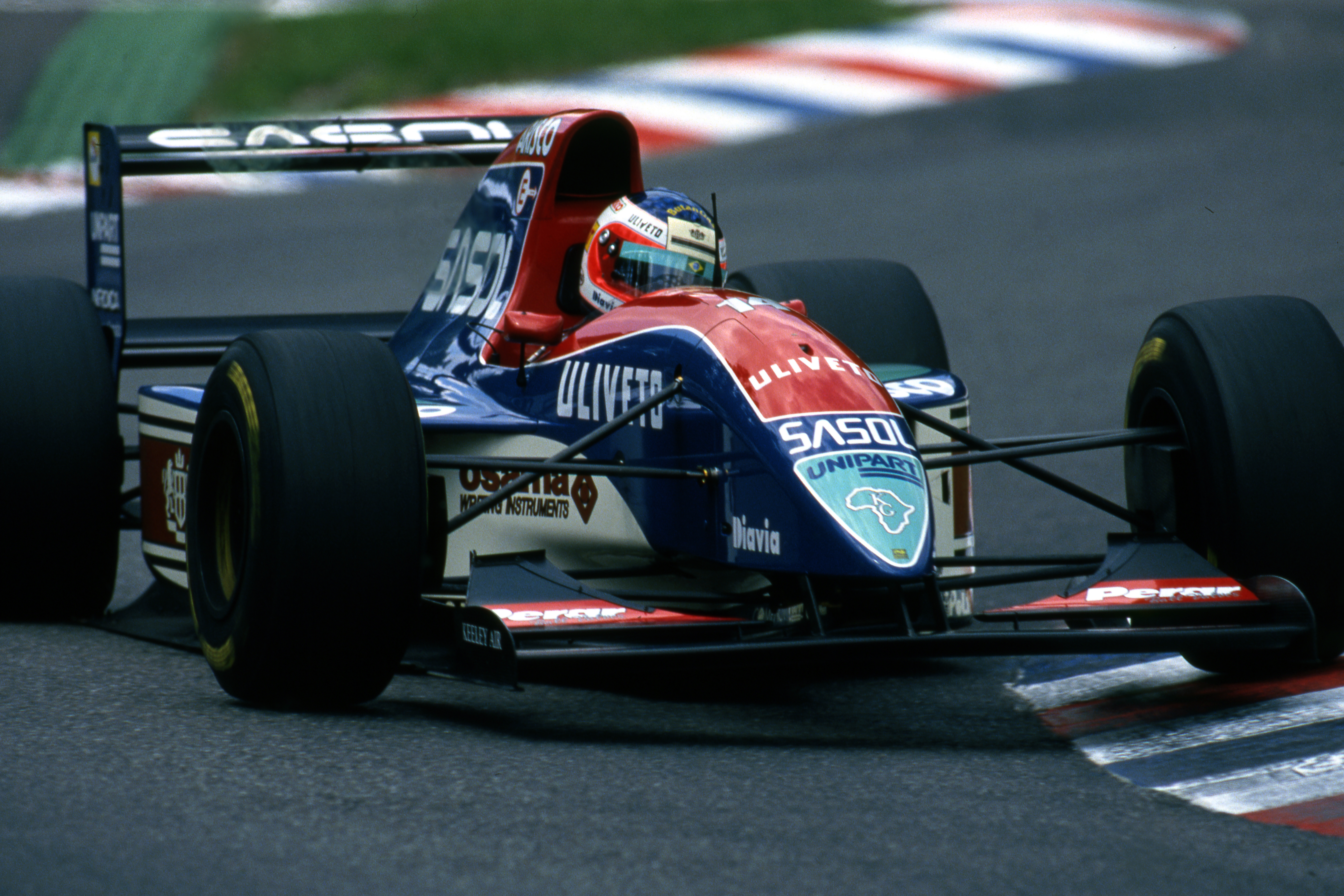 I think my best driver/engineer relationship was with Rubens Barrichello. He became a good friend both in and out of the car and on many occasions our performance was improved after we went for a beer or some dinner.

The driver needs to have confidence in the engineer. The engineer is the link to everyone at the factory and will make the decisions on what set-up changes are needed, but only after setting their data analysis team to work on trying to identify the problem.

The driver will comment on what they believe is the problem but the engineer will be the person that instigates the changes and will then inform the driver of what they are doing and the reason behind it. 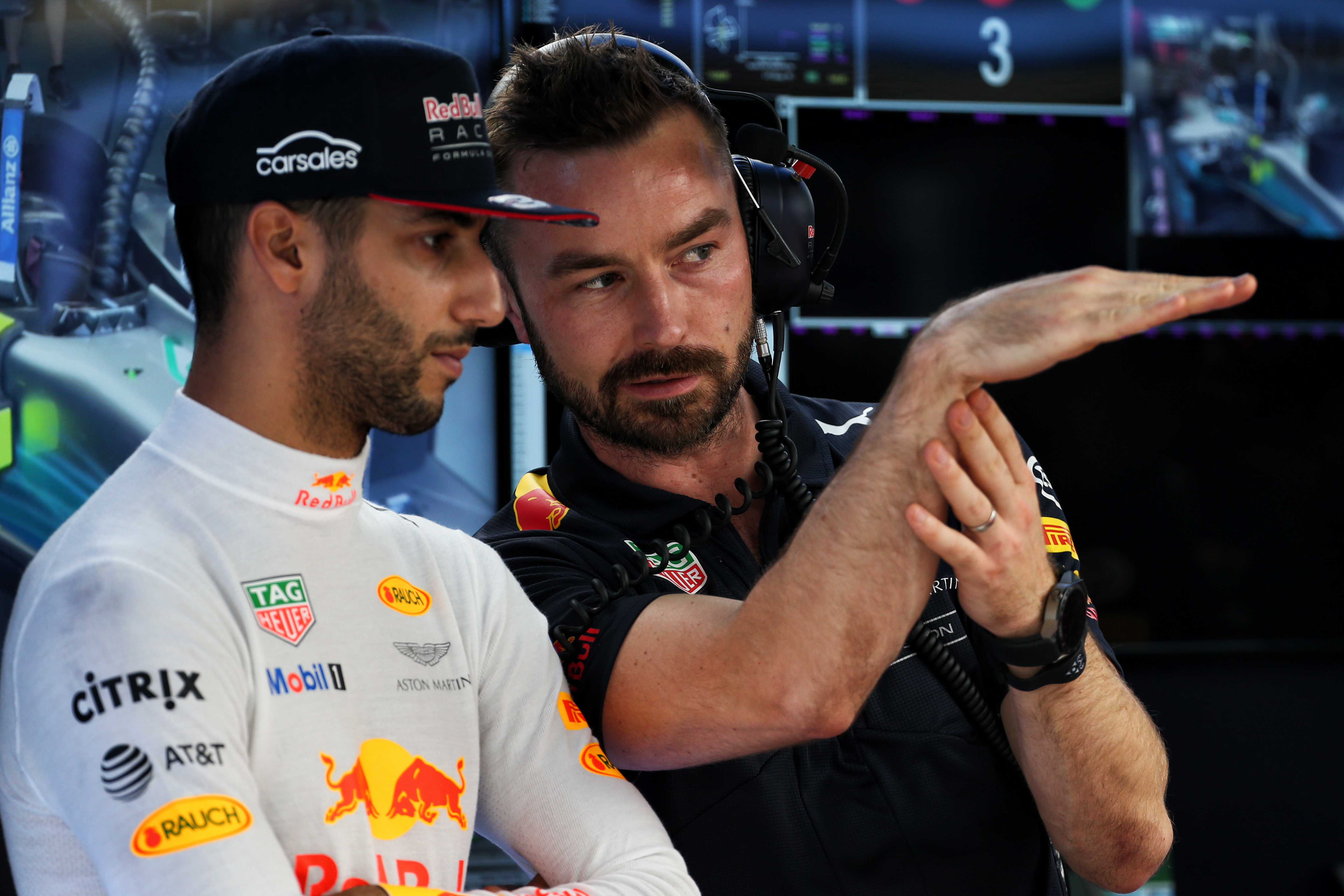 Rennie has worked with Mark Webber, Kimi Raikkonen, Fernando Alonso and Daniel Ricciardo in the past and won races with all of them, so his credentials are good. It’s down to Albon to use that experience and tap into Rennie’s memory bank to learn how those drivers would handle different situations. If some of those tricks can be passed on, Albon might not feel quite so alone with his problems.

We have to remember that Albon is only in his second year of F1 and is under enormous pressure so he will find every reason possible for poor performances as he tries to deal with that. Albon needs to be honest with himself, because while sometimes there are external factors that cause problems, sometimes there are not. So that honestly is essential.

He’s complained many times recently about being sent out at the wrong time or at the back of the queue in qualifying. But he is driving the car and needs to work with his engineer to make sure they are both trying to achieve the same thing. If he gets on track in what ends up being the wrong position, he needs to do his best to do something about it. Once on the circuit, his engineer can do nothing about it the situation.

He is a good driver with a lot of potential and he has the opportunity to prove that. So if he is honest and uses the experience of Rennie first of all to improve his consistency then start nibbling at improving performance, then things will go well.

Sometimes it doesn’t take much for things to change. Remember, Albon could have won the Austrian Grand Prix, and if that had happened we would probably be looking at a completely different driver. 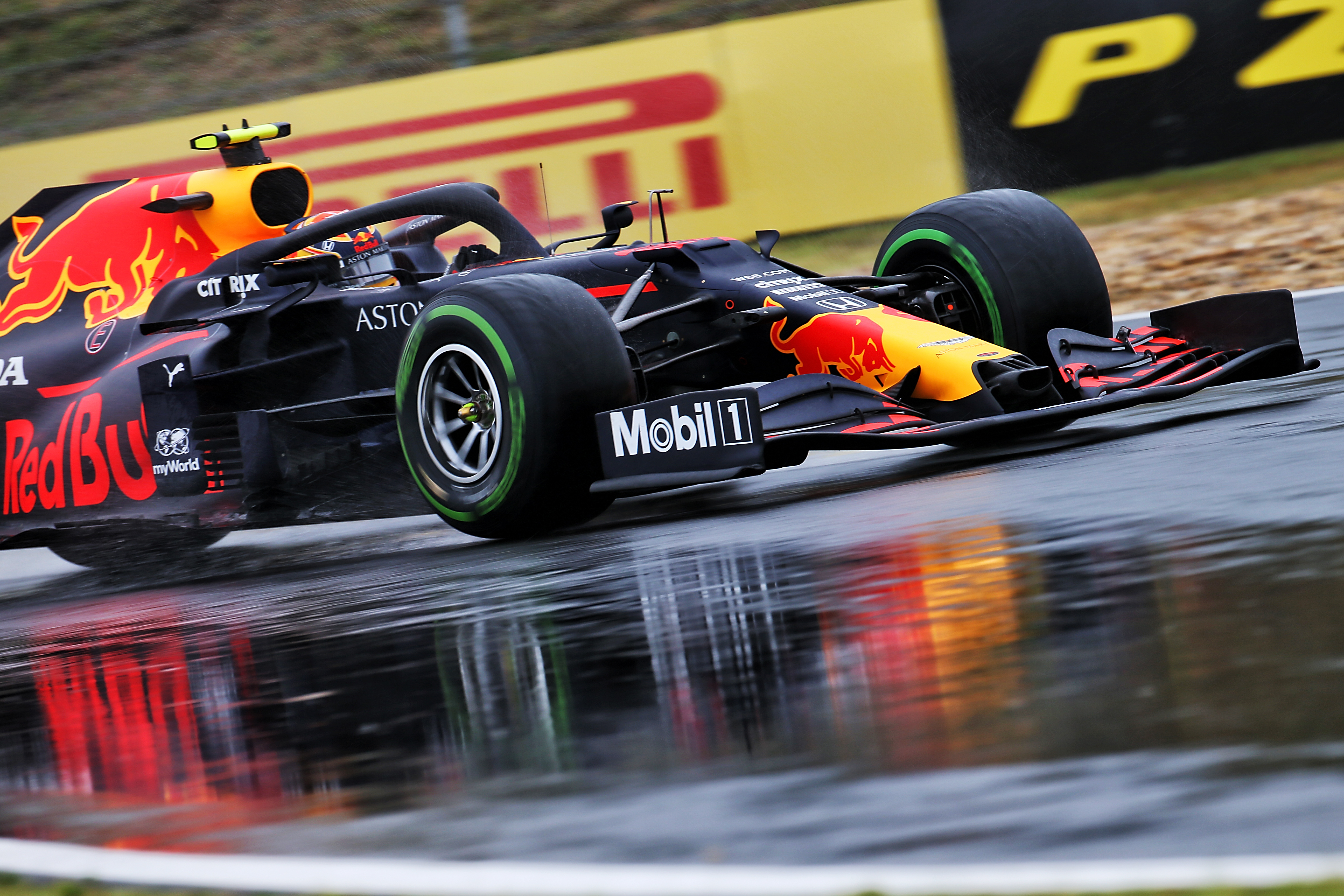