In the latest edition of The Gary Anderson F1 Show, the former Jaguar and Jordan technical director was asked whether the fallout of the COVID-19 pandemic might lead to F1 being less willing to introduce major rule changes that stretch beyond the deferring of the planned 2021 regulations by a year.

The Gary Anderson F1 Show podcast is released every week, available free to download from all good podcast suppliers.

Listen to “McLaren, Jordan and Verstappen – Gary answers your questions” on Spreaker.

I haven’t quite seen the light at the end of the tunnel in the current situation, so who knows how long it’s going to go on for and the size of the impact? That’s why I can see this leading to an even longer period of rules stability.

We’ve now had eight races called off and there will surely be more to come so it’s still impossible to plan anything for 2020 with certainty. There will be some very big decisions to be made on when you open up the doors again to have public gatherings, let alone Formula 1 races, all over the world. So at the moment, it’s easy to see this season not getting going until August or September at least. 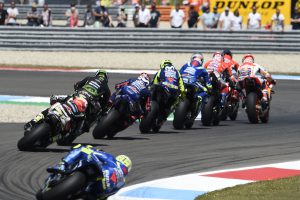 Gary Anderson Q&A: Can F1 racing ever be as good as MotoGP’s?
Read more

With that in mind, it’s important to remember you can’t spend money if you haven’t got it coming in. Yes, many of the teams have a ‘golden goose’ owner and deep pockets, but they aren’t all in this position and the teams must be looked after as a whole. There are only 10 of them, after all. It wouldn’t be unusual if we lost a couple because of this situation.

So you need to be very certain about how you are spending money and I can see the teams needing to tighten up for a little bit longer than currently planned to ensure they aren’t taking big financial risks. The cars are very expensive and so are the power units, so this isn’t just about helping the teams but also the engine manufacturers – Honda, Renault, Mercedes and Ferrari – because it’s a problem for them too because their markets are being hit dramatically. So there’s a whole jigsaw to be sorted out.

Rules stability is one way to achieve this financial stability – simply put, change of any degree simply costs more money, the question is just how far you take it. Do you cancel the regulation change for 2022 and put it back to 2023? And how about the planned new engines for 2025/2026?

This might seem like very far in the future, but it will all be impacted by the reduction in income caused by the 2020 season, at best, being cut back as it’s very hard to see F1 achieving the 18 races that Chase Carey last week put at the top end of what’s possible.