Formula 1 launches are all well and good but it isn’t until you get to testing that you can see the previously-unseen finer details that make each car different.

First and foremost among these is the rear end of the car, with the diffuser area usually kept out of the way at launch. But once out on track, it’s impossible to keep the back of the car out of sight of prying eyes so we’ve now had a good look at the rear end of the top three cars to see some key differences. 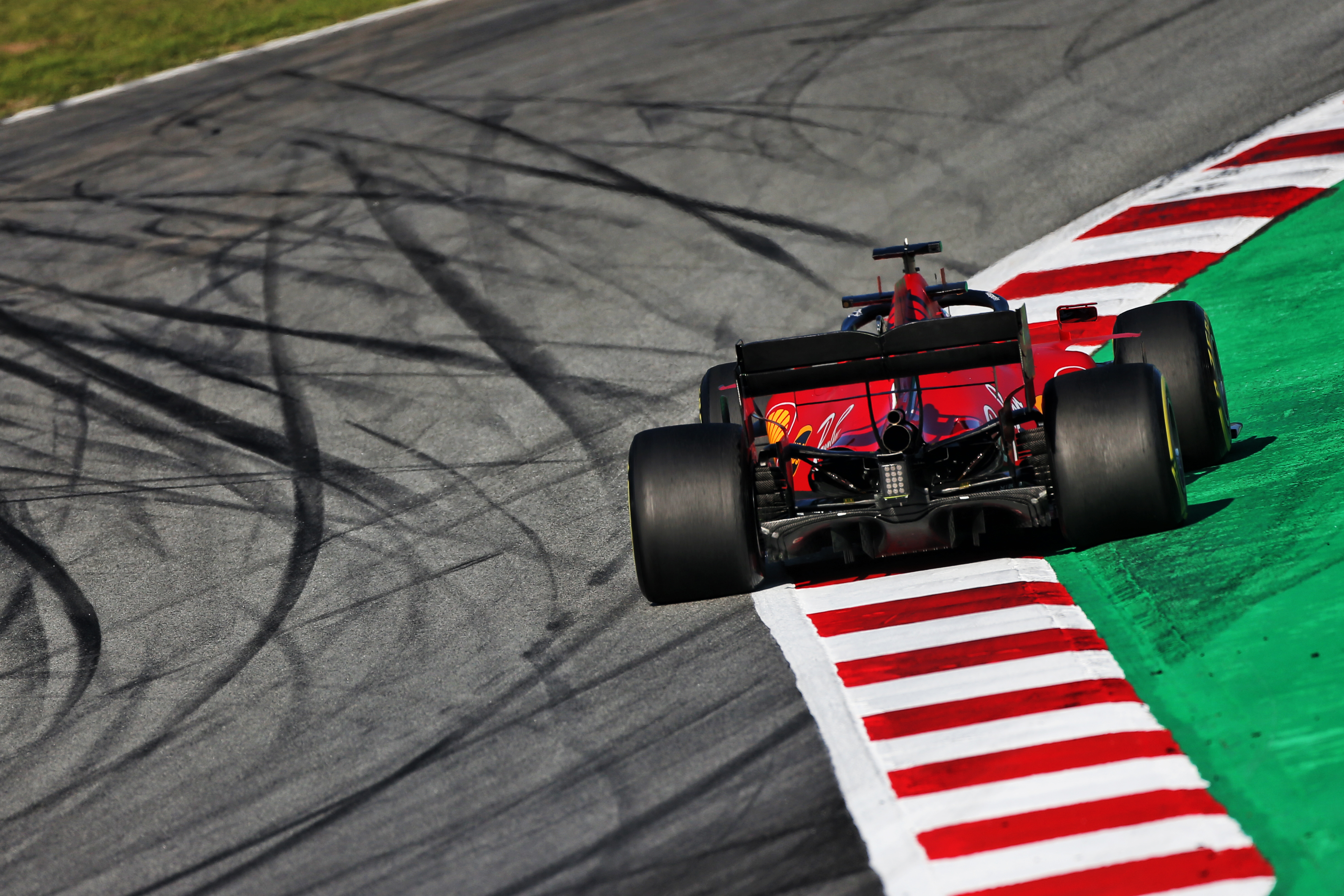 One of the first things you notice about the Ferrari from the rear angle is the exhaust outlet and wastegate pipe position. While everyone has more or less the same exit position for the main pipe, the wastegate exhausts vary and, in Ferrari’s case, it is a single pipe placed centrally directly above it.

The wastegate blows off when the pressure in the intake system gets too high, so it will always blow when you lift off the throttle. That’s when you are hitting the brake pedal and want the rear wing to be working as efficiently as possible. It’s not directly blowing air onto the wing because the rules don’t allow you to do that, but the aim is to have some influence on the rear wing by contributing to increasing the airspeed over its lower surface.

The top wishbones on the Ferrari’s rear suspension are at a pronounced angle with the outboard end higher than at the inboard. This will have an impact on the roll-centre, which will probably be a bit lower than on the Mercedes and the Red Bull, and means the rear of the Ferrari could move around a little more especially in high speed corners.

Looking at the diffuser, the overall height is regulated but the key is to make it work with the low-pressure area behind the rear tyres. The vertical slats on the outer edge are there to turn the airflow in that direction, you have to do it very aggressively and if you didn’t have these slot gaps the airflow would just stall and create turbulence.

Above these outer slats is the back of the brake duct. While the brake ducts are there to cool the brakes, that is only part of their function as they also work to turn the airflow upwards again improving diffuser performance. If you can get everything to work together then there are big gains to be made in this area. 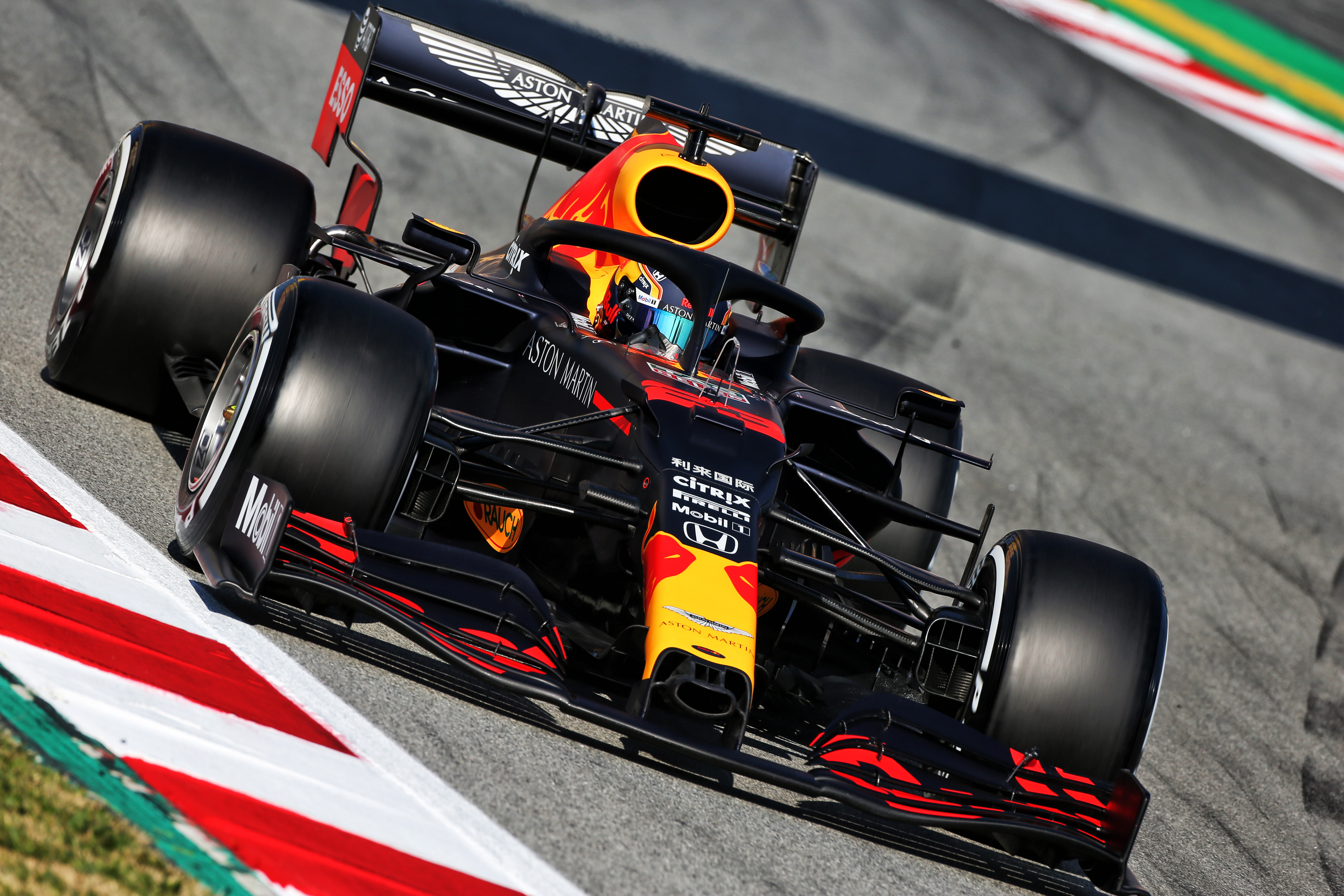 While the exhaust outlet is in the same place on the Red Bull, it has gone for two wastegate outlets placed either side of the centreline above it. This is with the aim of helping the rear wing just that little bit more.

Having twin pipes will mean higher velocity airflow because they are smaller, but also a wider spread of the gas-flow coming out of them. They are maybe 15cm apart so the gas-flow from each will join up and could lead to a fractional increase in the airflow speed and the area of rear wing that it might influence.

The top wishbones are fairly flat but the bottom wishbone is at slightly more of an angle. That will probably mean a higher rear roll-centre, giving it less roll in the fastest corners.

The diffuser is the same height as dictated by the rules and also has vanes designed to connect it up to the low-pressure area behind the rear tyre but the central section is much more aggressive in the way it comes back together and creates a bigger void in the diffuser.

The brake ducts aren’t quite as dramatic as the Ferrari’s. There are fewer parts but the more parts you have, the more critical the flow between them is. If you can get fewer parts to work efficiently you will have less blockage so more room to turn more of the airflow, and you’ve also got fewer potential problems.

So compared to the Ferrari it’s different suspension, different wastegate positioning and a more aggressive diffuser.

Mercedes has gone a very different route. The main tailpipe is in the usual position but you have to look closely to spot the twin wastegate pipes, which are below it and designed to be as out of the way as possible because Mercedes wants to avoid this affecting the rest of the car.

This is the opposite school of thought to its main rivals. Whenever you have something inconsistent – and wastegates are not blowing all the time – you may want to eliminate the inconsistency and design the rear wing to work efficiently on its own.

The top wishbone geometry is similar to Red Bull but overall it is positioned a little lower. Having it lower simply means it is a little further away from the under surface of the rear wing so again less potential airflow disturbance problems.

The diffuser is the maximum height possible and features the slotted flap sections at the outboard end turning into the rear tyre.

Mercedes, like the other frontrunners, is also attempting to make the diffuser think it’s taller than it is with two slotted flaps running across the length of the top of it. These are more or less flush with a fractional overhang but will help the diffuser performance by inducing a turning moment on the airflow coming over the inside surface of the diffuser. 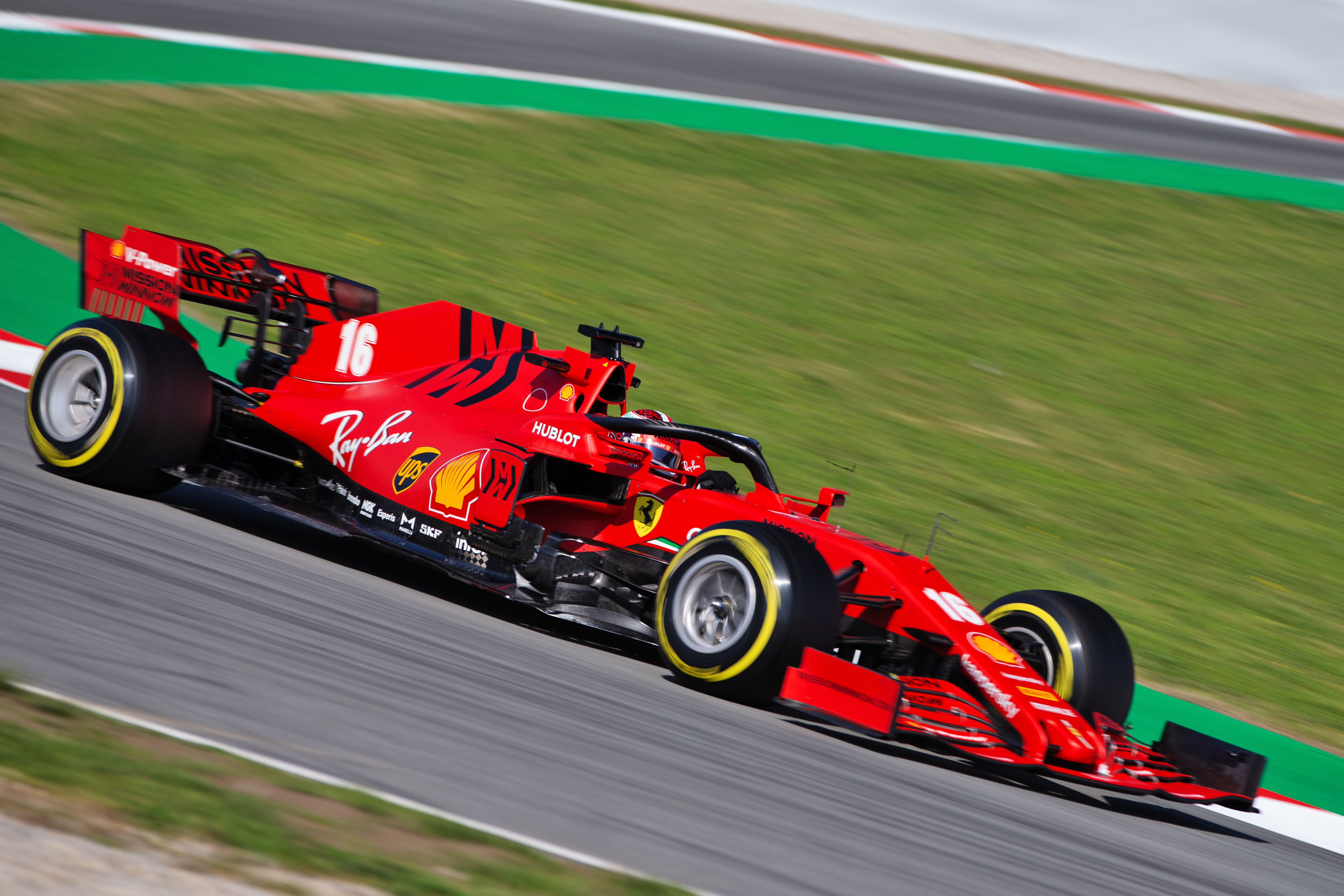 The bargeboard area is hugely powerful and it’s difficult to see the full detail of these when the cars first appear. The Ferrari SF1000’s bargeboard area shows how much more complex this area has become since the days when it was just a single-piece carbon-fibre turning vane.

The assembly is designed to pull as much mass airflow as possible out from underneath the raised section of the front of the chassis. The chassis is raised in this area to accommodate the blockage the front tyres create, so the front wing mounting detail and minimum cross section nose pull as much airflow as possible under the front of the car and the bargeboards then pull it back out again across the leading edge of the underfloor.

The airflow that the rest of the car has to work with is how much mass flow you can pull in between the front tyres, which includes the open section below the chassis. Anything that can be done to increase this will improve the performance of the underfloor

On the Ferrari, as with most others, these bargeboards create some downforce in their own right as the base of them is a wing section with turned-up trailing edge. However the main aim is for them to feed as high-speed an airflow as possible to the leading edge of the underfloor. This is then accelerated again by the diffuser under the flat floor area of the car, creating what is called ground effect – which is the most efficient downforce created over any of the car’s surfaces.

Unlike Mercedes, Ferrari has a high-rake car. This increases the car’s centre of gravity but does get the front wing lower to the ground and make it more powerful especially in slower corners. However the car’s ride height change from low to high speed is more dramatic and can generate problems getting a stable aerodynamic platform.

A low rake car in general should be able to get the diffuser to separate on the straights to reduce the drag and give more top speed. With a high-rake car you have to move it a long way before you can do that.

The high-rake of the Ferrari is popular, but Mercedes has had a lot of success without going that way and now Racing Point – which has publicly stated that it has based its 2020 car design on last year’s Mercedes – looks like it has also now gone down the same route as Mercedes.