The McLaren Formula 1 team has a modified sidepod design that will run on Lando Norris’s car on the Singapore Grand Prix weekend, with Daniel Ricciardo due to have it in Japan next weekend.

It’s the sort of modification that is mainly driven by the budget cap as in the past McLaren would simply have made a completely new sidepod. But with the current financial restrictions, it’s now a cut-and-shut operation. 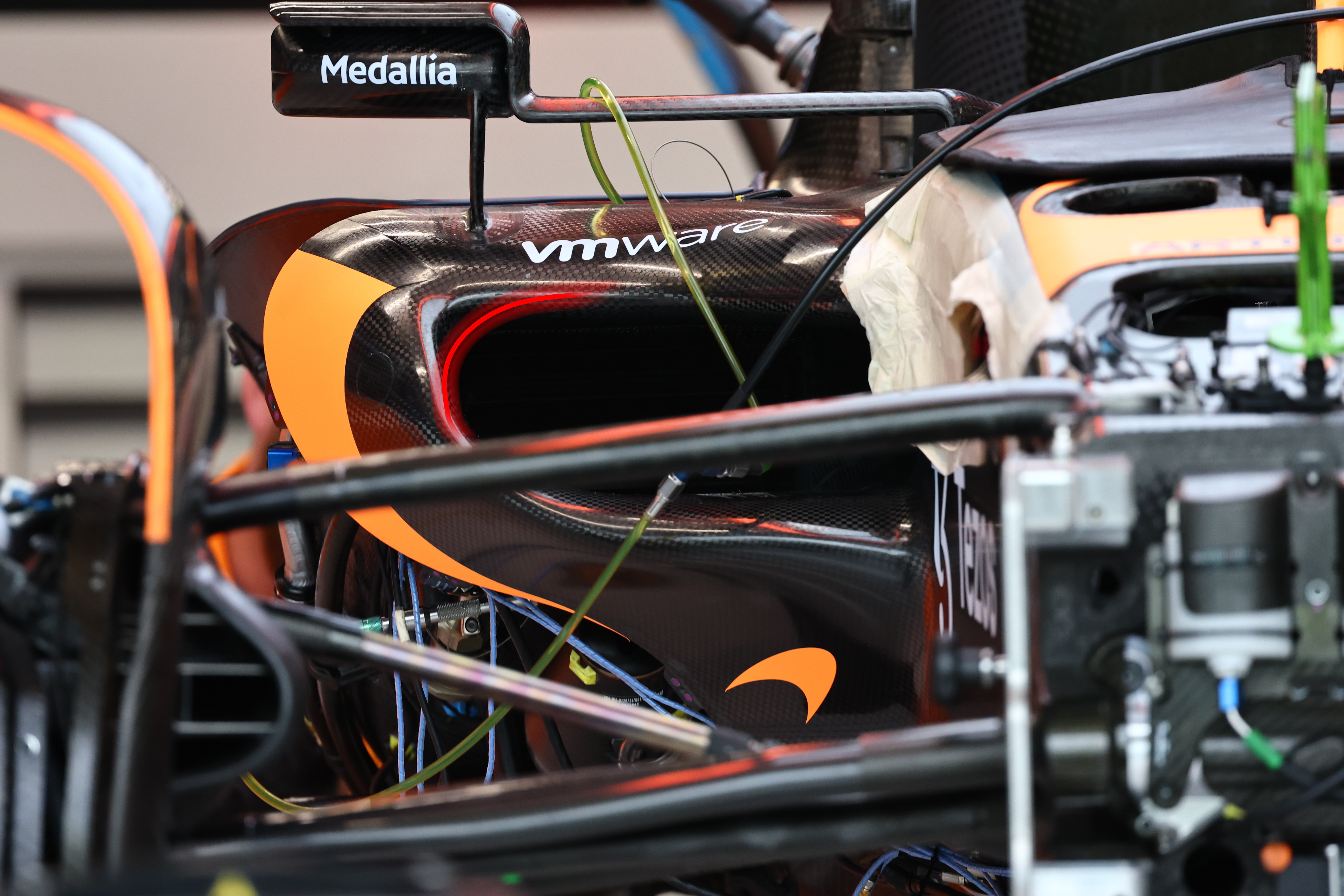 You can just about still see where the old inlet duct’s outer corner has been cut away (red line) and where the new one has been grafted into place.

There could be quite a few reasons for this development.

Firstly, in Singapore, the ambient temperature and the humidity will be high, so it could be that McLaren simply requires some extra cooling. However, I don’t think that this is the area that you would focus on if it was a simple as that.

Secondly, the top corner of the radiator was suffering from airflow restrictions due to the large corner radius on the sidepod inlet, meaning that a part of the radiator wasn’t working as efficiently as it could. Opening up this area will give a little more cooling from that area for free.

The third option is that McLaren wanted to define the spillage from the radiator duct more precisely. As the car builds up speed, the mass airflow isn’t able to pass through the radiator so it will spill around the leading edge of the sidepod. This inconsistent flow will be pulled into the lowest-pressure area and can very easily cause problems further downstream. By opening up this corner, a larger percentage of it will exit through that top corner opening.

This is not unlike how Ferrari and any other F1 teams with the curved letterbox inlet manage this spillage at high speed. The main objective is to make sure that when it happens, it doesn’t affect the aerodynamic characteristics of the main flow structure.