Gary Anderson: How teams must use F1's three days of testing - The Race
Skip to content
Formula 1

Gary Anderson: How teams must use F1’s three days of testing

Pre-season Formula 1 testing for 2021 has been condensed into just three days, down from six last year.

But when you consider that these are largely carryover 2020 designs that have already completed 17 races, the teams should be well on top of many of the characteristics of the cars.

The testing venue has changed to Bahrain, with the original plan to run at Barcelona dropped after the Australian Grand Prix was postponed. This has pluses and minuses.

On the positive side, Bahrain hosts the first grand prix so the testing will not be wasted and the weather conditions will be more representative, especially for the evaluation of the new, stiffer tyre from Pirelli. The track also has a bit of everything in terms of configuration, so it’s good for putting the cars through their paces.

But there are negatives. Bahrain is much further away, so if you forget that one widget or something goes wrong that requires parts being flown in you will lose at least a day’s running – if not more if you have to do some work rather than just sending something out immediately.

The lap is also longer and while the total mileage isn’t impacted, you do spend more time on in and out laps, which does reduce the amount of testing a little. 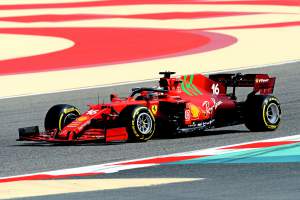 As for the testing programme, teams will have to be that bit more condensed and efficient.

Most teams will focus on getting on top of the aerodynamic rule changes to the floor, diffuser strakes and rear brake duct winglets.

The changes that have been implemented in the regulations are basically to reduce the overall downforce and, in turn, reduce the load on the tyres. It is basically all rear downforce that is being reduced, but the cars will still need to be balanced so the front wing will also be reduced in angle to achieve that balance the driver wants meaning less total downforce.

The consequences of that are that the cars will be different sensitivity-wise under braking. Some will be better, some will be worse, but this is very difficult to simulate so track time will need to be dedicated to that.

That means day one will be used for aero mapping, completing runs with different front wing settings, varying ride heights and back-to-backing any different solutions you have to overcome those aero losses.

This will be to check the correlation with simulation data. After all, it’s a waste of time developing components if the track to windtunnel or CFD doesn’t correlate.

While doing this aerodynamic correlation running, it will automatically be putting mileage on any new mechanical components you have on the car. It will also give the power unit suppliers more driver input for different mapping solutions.

From what we know, Mercedes, Ferrari and Honda have all been hard at work on new power units. They will have run thousands of miles on transient test benches, but there is no substitute for on-track miles and input from the drivers to make sure there are no gremlins hiding away that could cause surprises.

After that, it will be a focus on what’s new for each individual team. Some have rookies, some have changed their driver line-up but the problem is there isn’t enough time to give one driver more attention than the other. They all need and want their one-and-a-half days to shake off the winter cobwebs and get used to their ‘new’ cars.

At the top of the list will be getting your head around the new Pirelli tyres. The teams have some knowledge of these tyres from the tests in free practice last season, but they were very limited.

The problem with tyres is there is very little you can do – the blanket temperatures, pressures, cambers and toes are more or less defined by Pirelli.

From a driver and team point of view, it’s down to how the driver gets the feeling of grip from the tyre. Do they abuse it on the out lap or treat it with kid gloves? Each driver will have a different way of achieving that and it’s the same as far as thermal degradation is concerned.

Over a long run, do you protect them from lap one or do you drive the wheels of the car until you feel the tyres going away and then back off to suit? Each team and driver will want to find out what is the fastest over a given stint length.

Pirelli believes that these new tyres will bring a little more understeer. A stiffer tyre is less compliant so I would expect that plus reduced traction. Perhaps these two negative tendencies will be diminished if Pirelli allows the teams to run with reduced tyre pressures compared to 2020, but I wouldn’t hold my breath on that happening too quickly.

Anyway, they are what you have got for 2021 and I’m sure any different characteristics from the tyres will fade into an overall car-balance profile. Some will be good, some not so good and probably some will be a white knuckle ride.

During all this running, each team will be gathering reams of data, which will be sent back to HQ where the control system backroom boys and girls will be hard at work analysing every minute detail to see if there are any gremlins in how the car is running. That means every clutch engagement, gear change, steering input, brake input and throttle input – and more besides – will be interrogated to see that all works as planned.

If you ask any team there is never enough running time to do everything you want to do but we often see teams sitting in the garage waiting for better track conditions.

To get the miles on all of the components and generate as much reliability data as possible, there won’t be much time for sitting around. Get out there doing long runs for reliability and consistency and then when the time is right and the track feels good strap on the big ones and go for a performance run. 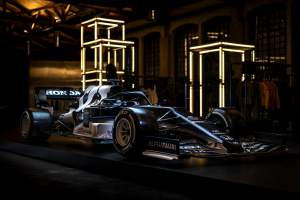 On top of that, the performance group will be analysing every movement of the car and ensuring that it is working within its optimum performance window.

Sometimes, a millimetre of ride height here and there can transform how the car performs. They will be coming up with set-up solutions to make sure the car gets into that window and also to address any problems that the driver might have with the car’s balance.

To get all this done, it’s a balance of performance runs and race runs. You need to get the data from both, but ‘race day is pay day’ so if anything needs to go by the wayside, it would be performance runs.

If a car is quick and looks after its tyres over long runs, then you’re looking good.