Gary Anderson: How F1 front wings are changing for 2022 - The Race
Skip to content
Formula 1

The front wing is by definition a critical part of a Formula 1 car’s overall aerodynamic flow structure because it’s the first thing the airflow sees. It therefore impacts the airflow underneath and even around the car.

This means it is critical to achieve consistent airflow coming off the trailing edge of the front wing flaps. If it isn’t consistent because of airflow separation, you need to understand it well enough to make that separation work for you and not against you. 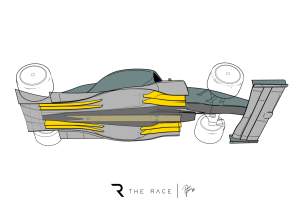 For 2022, the front wings have been simplified – or at least that is what the rulemakers have tried to do. This comes in an attempt to make the following cars less sensitive to the turbulence of the leading car.

The front wing must sit within a stipulated reference volume. The front wing assembly, including the endplates, runs to the full width of the car – 1000mm each side of the centreline. A maximum of four elements are permitted, down from five last year. All must attach directly to the nose, but I’ll be interested to see how designers interpret what ‘attach’ actually means.

The mainplane of the front wing is also a single flat plane. The FIA-mandated neutral central section used from 2009-2021 is eliminated and therefore so too is the famous Y250 vortex – named because it was generated 250mm either side of the centreline of the car.

With the wing elements now running more or less the full width of the car, the total surface area of the front wing is actually larger than last year. That means a larger surface area with less aggressive camber/angle on the flaps.

The slot gaps between the elements must be between 5mm and 15mm. This gap can change as they go wider, with the overlap between them limited to 30mm – less than in 2021. There are also regulations governing the curvature of the elements, as well as a simplification of the nose. 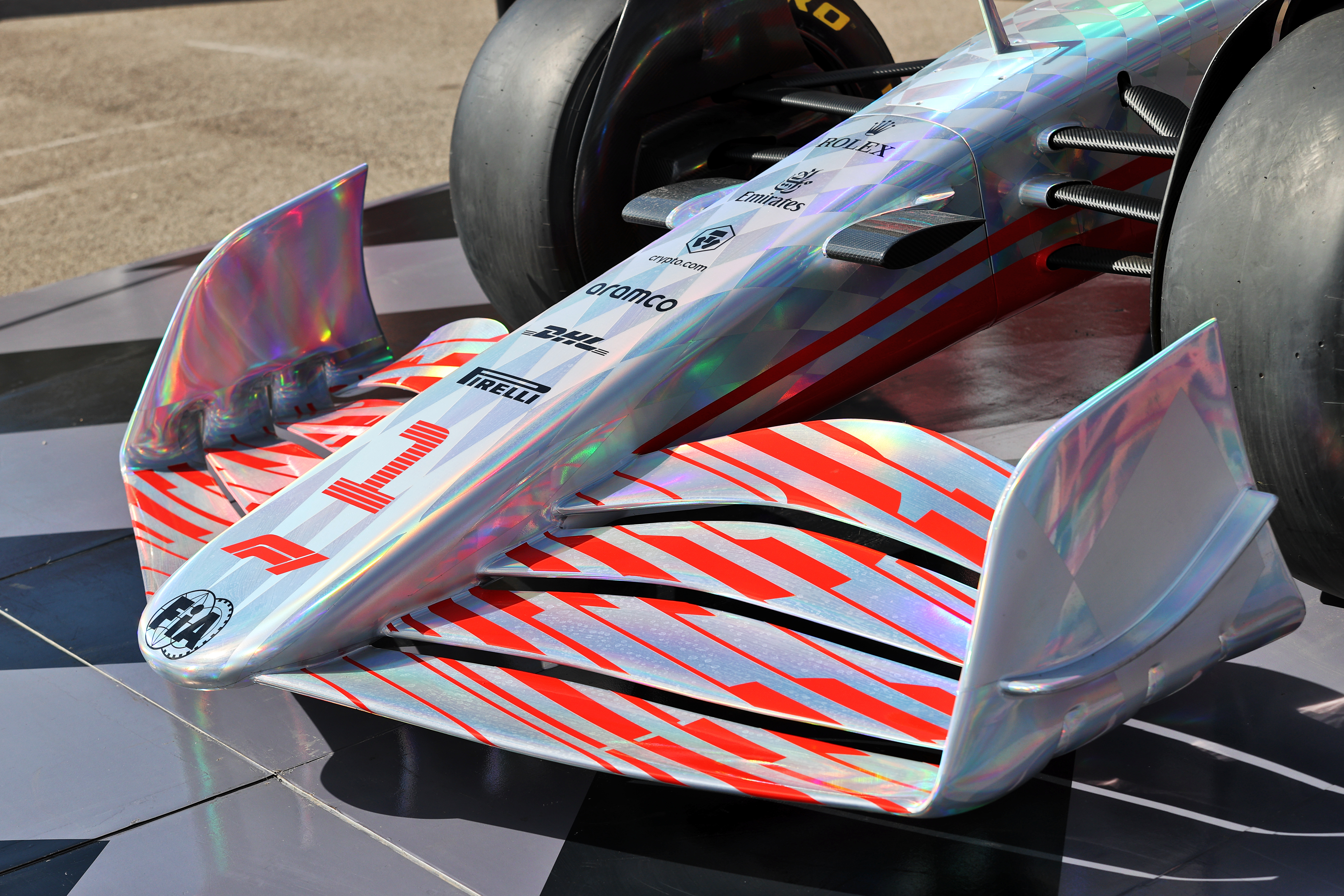 The endplate shapes are tightly regulated to prevent outwash. But they can have a small ‘ski ramp’ on the outer surface to reduce the amount of airflow that would normally be pulled inwards under the lower edge of the endplates.

This lower edge now has to be more or less a continuation of the end of the flaps. If you have looked at the end of an aeroplane wing lately, the wing profile reduce as it goes outboard and most now turn up into a vertical fence. This reduces the vortices that would normally come off that area, increasing efficiency on an aeroplane. On a racing car it is more about reducing the outwash of those vortices.

I can’t wait to see what 1000-plus design engineers can come up with for this area. I’m pretty sure there will be a few interpretations that the boffins at F1 weren’t expecting when they wrote the regulations.