Suspicions that certain teams might be taking advantage of what the wording of the regulations allows to create flexi-floors is what has triggered the FIA to take action with the technical directive clamping down on such designs that will kick in at the French Grand Prix later this month.

So what might teams be doing? This illustration is a cross-section of what I would be looking to achieve if I was still closely involved with a team and wanted to come up with a design taking advantage of this. 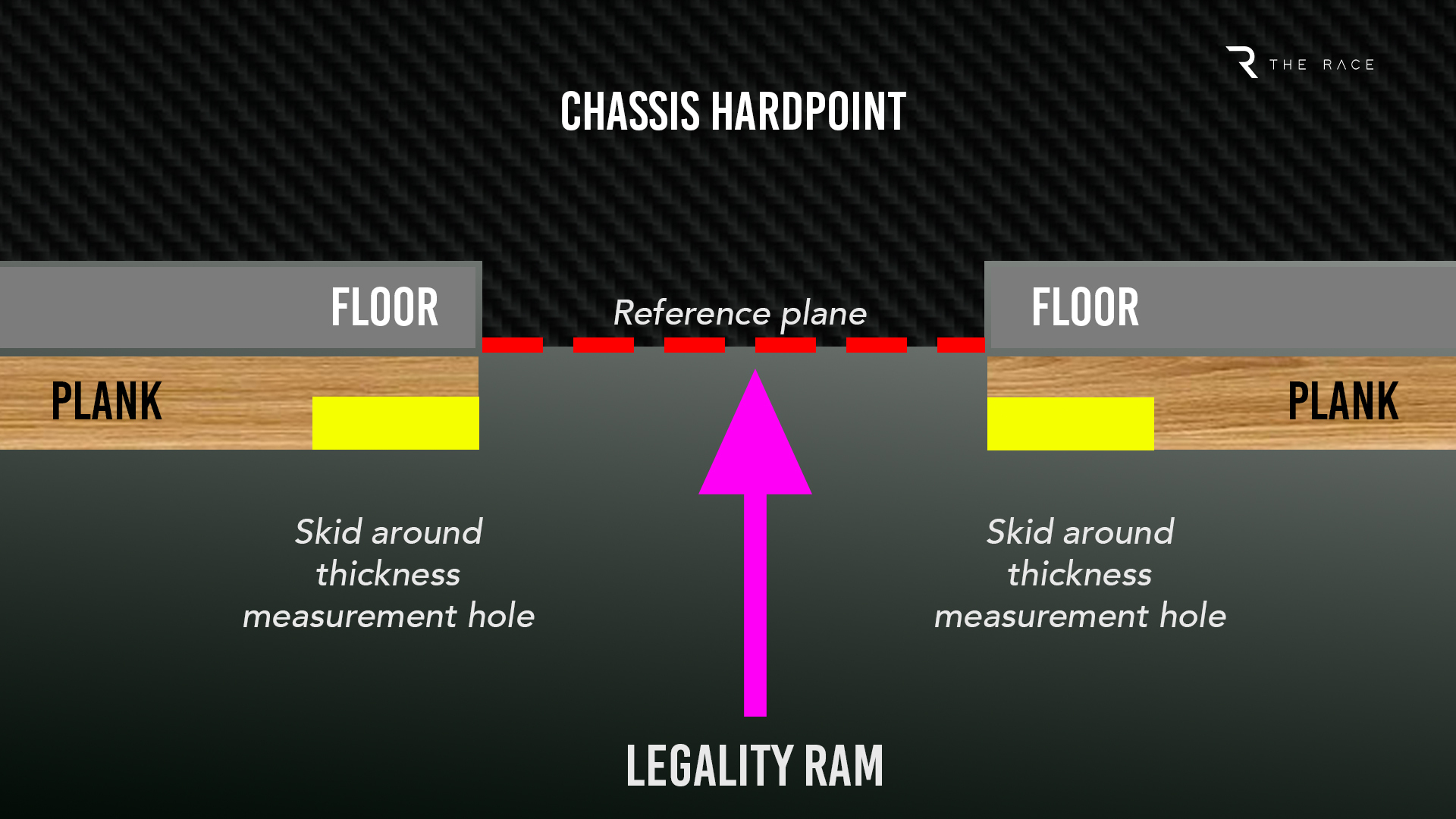 The black area is the chassis, the grey is the floor, the plank is wooden and the yellow is the skid material around the holes in the plank.

The holes themselves are used to measure the thickness of the plank, so the more protection that you can give them from a very hard material the better.

The purple part of the diagram is one of the rams – two at the front, one at the rear. These locations are marked in red circles on the underfloor of the Alfa Romeo of Zhou Guanyu, who gave us a good look at the underside of a current car at Silverstone. 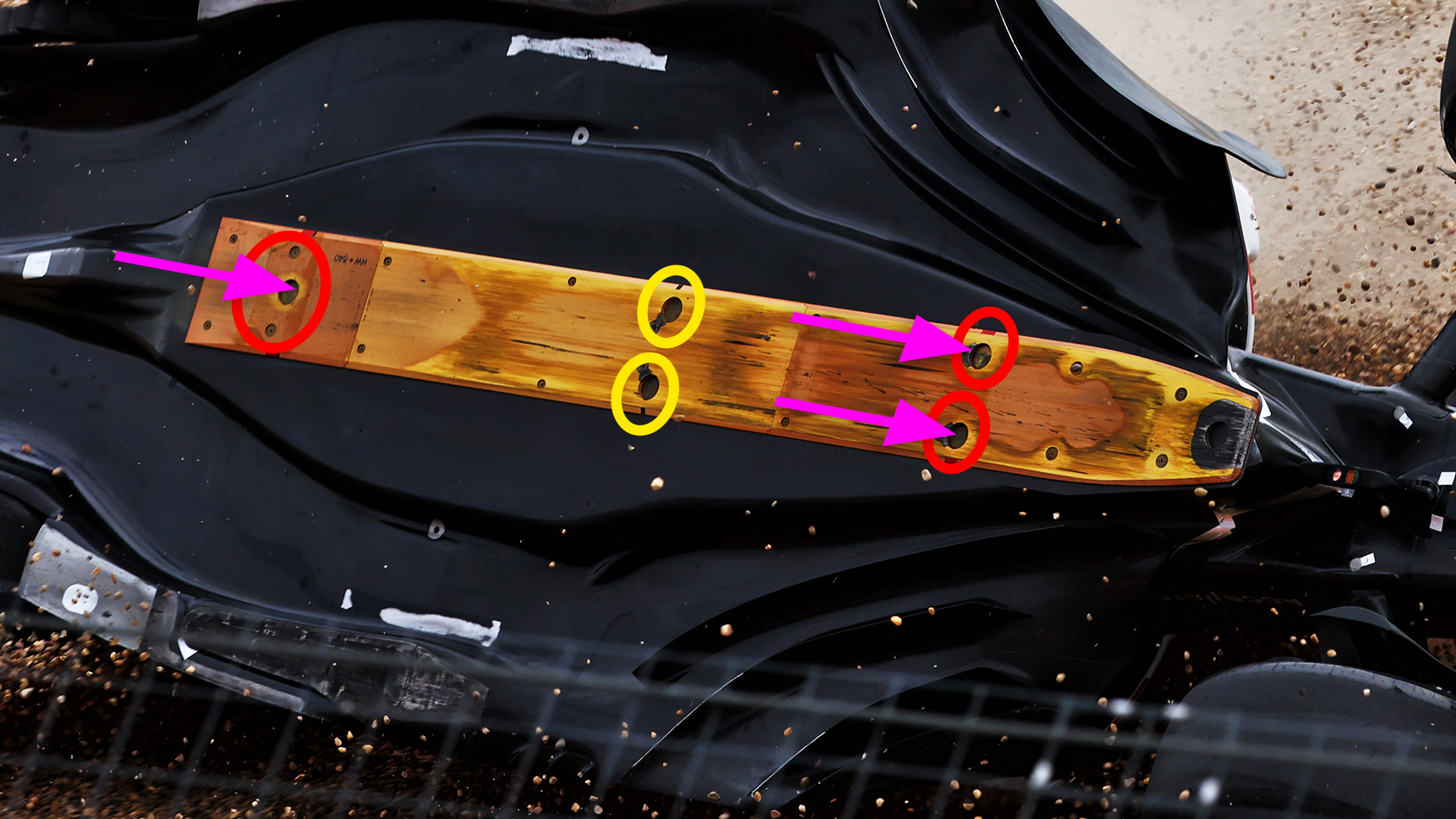 To take these measurements, the car is pushed onto what has been nicknamed ‘the bridge of doom’. The rams fit through the holes in the plank and are then powered up until they touch what is called the reference plane (red dotted line). 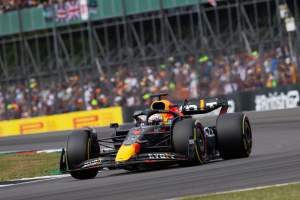 Then they are loaded to a certain level to make sure this area supports the weight of the car. In this layout, it is basically a hard point in the chassis to support that weight.

Using my design, you could construct your floor with, for example, some sort of memory foam insert between two carbon skins. When the plank hits the ground, it would compress that memory foam and allow the plank to be pushed upward by a few millimetres. This would reduce the wear on the plank or its skids.

By doing this you could run the ride height lower and not suffer so much plank wear, it would also mean that when the skids hit the ground the impact load on the chassis and in turn the driver would be reduced. 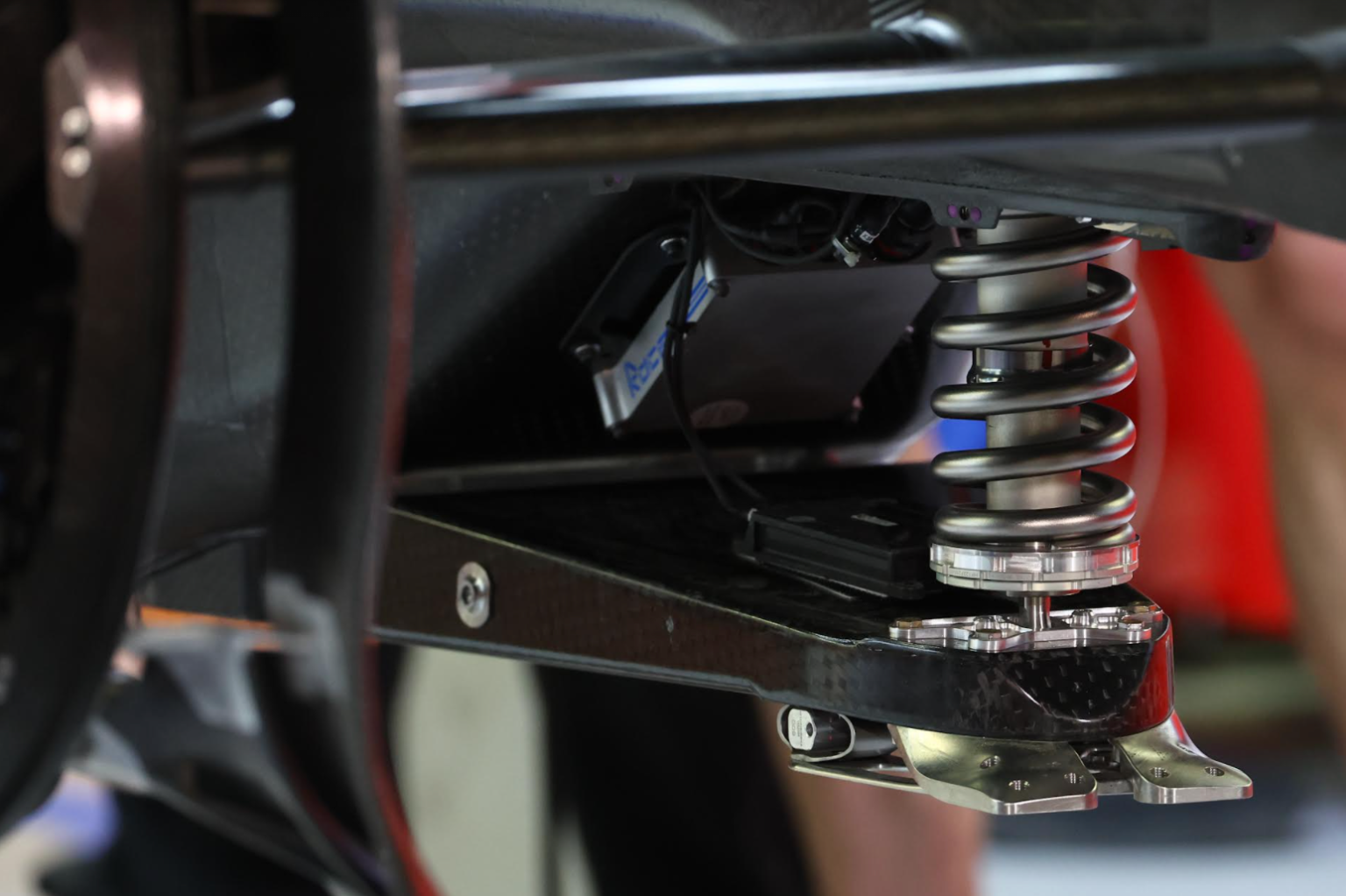 We also know that several teams mount the front skid on a spring and damper unit. This is located at the front of the plank.

Several teams have such a spring and damper unit, including Haas (pictured), so from that we know that they can preload this spring to accept the deflection test load but then break the preload when the load is higher, reducing the wear on the front skid. 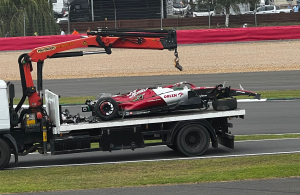 The other two holes in the plank (yellow circle on the Zhou underside diagram) are also for plank wear check. They are also protected by a skid to one side of the hole.

The major problem with my scheme is that if the FIA was clever enough to change the diameter of its rams to be bigger than the holes in the plank and then do a back-to-back test, they would discover that the floor compresses with the same load as it takes to lift the chassis for the initial legality tests so it would mean that other areas of the car become illegal.

Well, that’s exactly what the FIA is intending to do in Paul Ricard. So if any team is up to something like my scheme, they will suffer more than those that are squeaky clean.

But of course, this is F1, so squeaky clean is perhaps not a phrase that ever applies.