Gary Anderson: FIA must review much more than truck incident - The Race
Skip to content
Formula 1

Gary Anderson: FIA must review much more than truck incident

The FIA has rightly launched a “thorough review” into the deployment of recovery vehicles during the Japanese Grand Prix. And that is absolutely the right thing to do as safety is paramount. But there needs to be a far wider review launched.

This shouldn’t just cover the circumstances of that safety car period and the red flag, or even the wider problem with the uncertainty about how points should be awarded. It needs to look into every aspect of the way the Formula 1 regulations are structured and the race control processes surrounding them.

Of course, this was all supposed to have taken place after what happened at Spa because of the weather and the final lap in Abu Dhabi last year. But while changes have been made, there is still a long way to go.

There are too many errors that occur in all aspects of the weekend. That includes how F1 practice sessions, qualifying sessions, and races are managed, how dry/wet conditions are judged and reacted to, penalties, track limits, virtual safety cars, safety cars, red flags – everything seems to be a new experience from one weekend to another.

At times, it gives the impression of the officials making it up as they go along. For examples of that, just think back to the farce at Spa last year, the start in Monaco this year, or even the start delays in Singapore last week and the confusion about the three-hour event duration and the two-hour race clock. 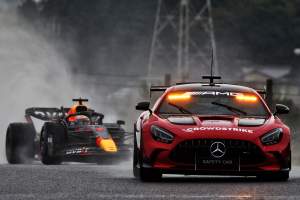 The big talking point at Suzuka was the situation with Pierre Gasly and the flatbed truck trundling around the track to pick up Carlos Sainz’s damaged Ferrari. Nobody wants to see situations that could lead to cars hitting recovery vehicles as what happened with Jules Bianchi at Suzuka in 2014 showed the fatal consequences of such a collision.

When a car crashes it happened because there was a reason for it to go off. In Sainz’s case it was aquaplaning, so that increases the likelihood of the same thing happening in the same place again. You can understand why Gasly – along with all of the other drivers – was so angry.

There were suggestions he was travelling too quickly. But given he was on full wets and was well within the permitted delta time he was being given (effectively that’s the FIA-issued speed limit) there’s nothing wrong with what he was doing. The penalty he got for speeding was under the red flag and stewards said specifically it was after passing the truck.

Gasly is a racing driver and his job is to get the best result out of a race. If you leave it to a driver to slow down without a clear speed definition for a set of circumstances, they will push it to what they think is an acceptable limit. As it happens, there was a speed restriction and he was within it.

If you look back at the timing, he was around 39 seconds off the back of the safety car train when he emerged from the pits. He’d closed that gap to just over 30 seconds by the time he reached Turn 13 – give or take, because it’s difficult to be exact. So he wasn’t closing at a ridiculous speed. 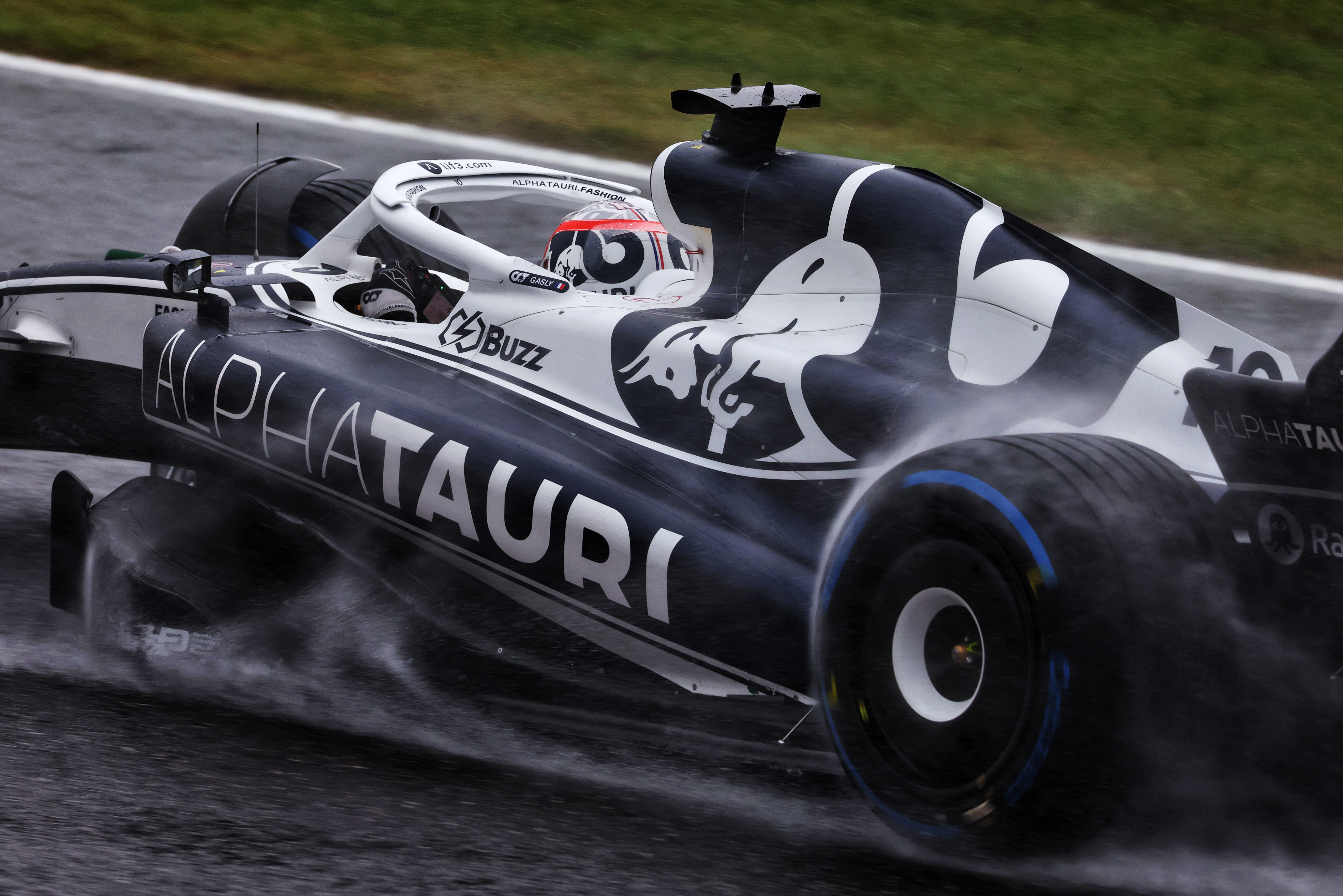 When a crash like Sainz’s happens, dry or wet, the VSC should be thrown instantly. Then, all drivers immediately have to run at restricted speed and that stabilises the running order. That will give officials a few seconds to decide if that is enough to safely recover the car or if a safety car, or indeed red flag, is required.

And as part of that, the drivers and teams have to know what to expect. In wet conditions, in poor visibility, a big flatbed truck with a crane on it is not what you expect.

No safety vehicle other than the medical car or the safety car or marshals should be on the track until the full circuit VSC is displayed, and no vehicle should be travelling in the opposite direction to the race cars. 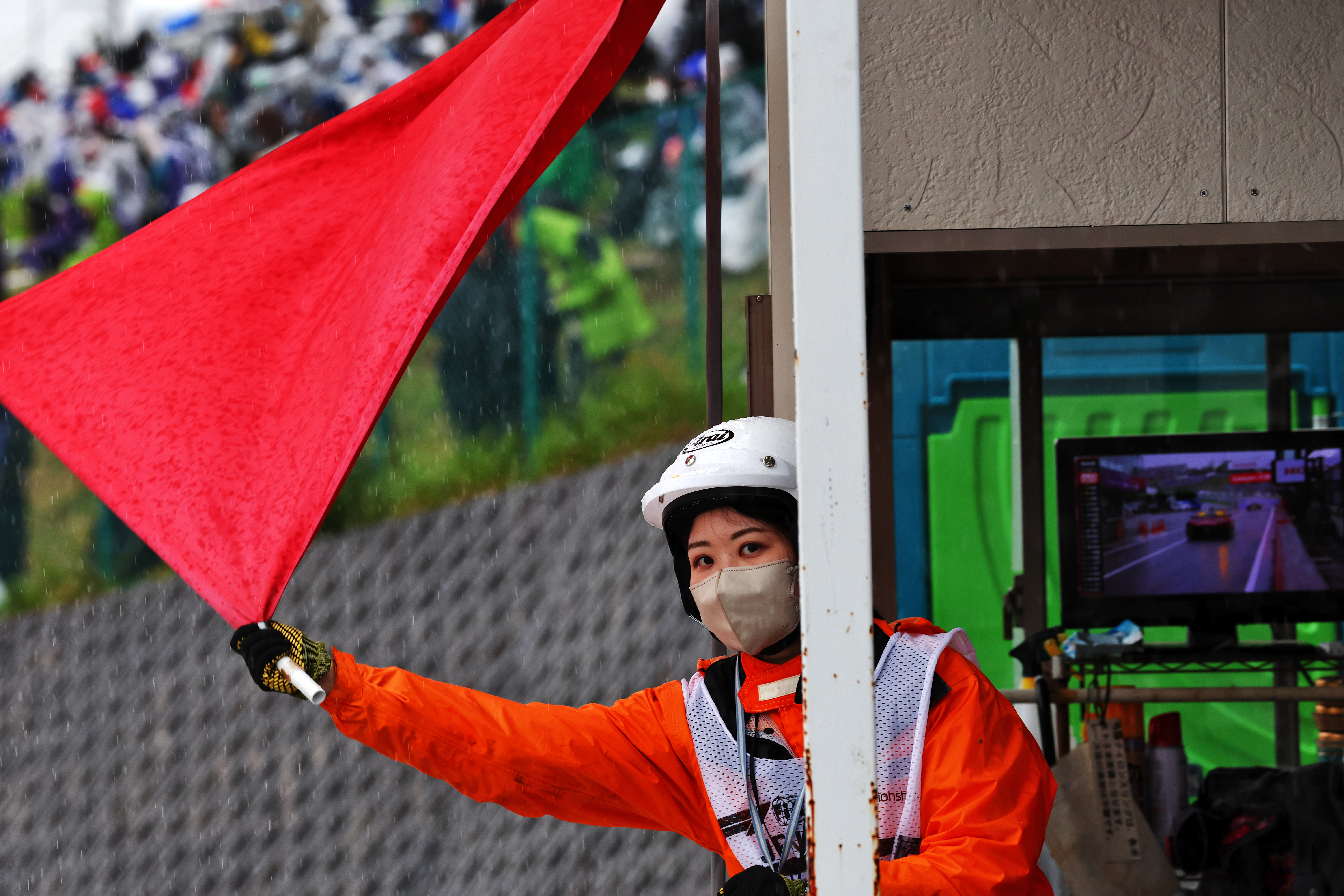 I would be very interested to know who is responsible for pressing the button that says to the marshals you can allow a recovery truck or even just marshals onto the track. I don’t mean name and shame anyone, just the position that the person responsible for hitting that button occupies or even who tells them to do it.

Then we come to the points situation. It’s been made clear that the intent was for the rules to award reduced points but that the phrasing was such that this only applied in a situation where the race is suspended and cannot resume. That means that if you start the race, immediately red flag it, then run a single lap just before the three-hour time period in which the race must be completed is over, it’s a full-points race, a farcical outcome to what was intended to be a solution to the Spa mess last year.

So the wording of that regulation is wrong, and proved different to the rule that the FIA intended to write. It’s good that it seems it will be quickly fixed, but this is why I’m arguing for a more broad review – because how many more regulations are there like this? 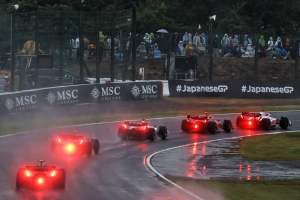 Given that one of the big problems in last year’s controversy was imprecise and ignored rules, this isn’t good enough. This is a top-end, professional sport and it needs to be run accordingly. As matter of fact it is getting worse not better.

Then we have the other problems. Track limits have been an issue for a long time and the question there is whether the white line is or isn’t the track limit? It still seems like sometimes it is and sometimes it isn’t and we still have drivers and teams complaining about inconsistency.

It’s the same thing with penalties. Charles Leclerc’s penalty for cutting a chicane and not losing a place was the right one – in effect he went outside the track limits (white line) – but there have been times we have seen drivers get away with it, especially in adverse conditions. 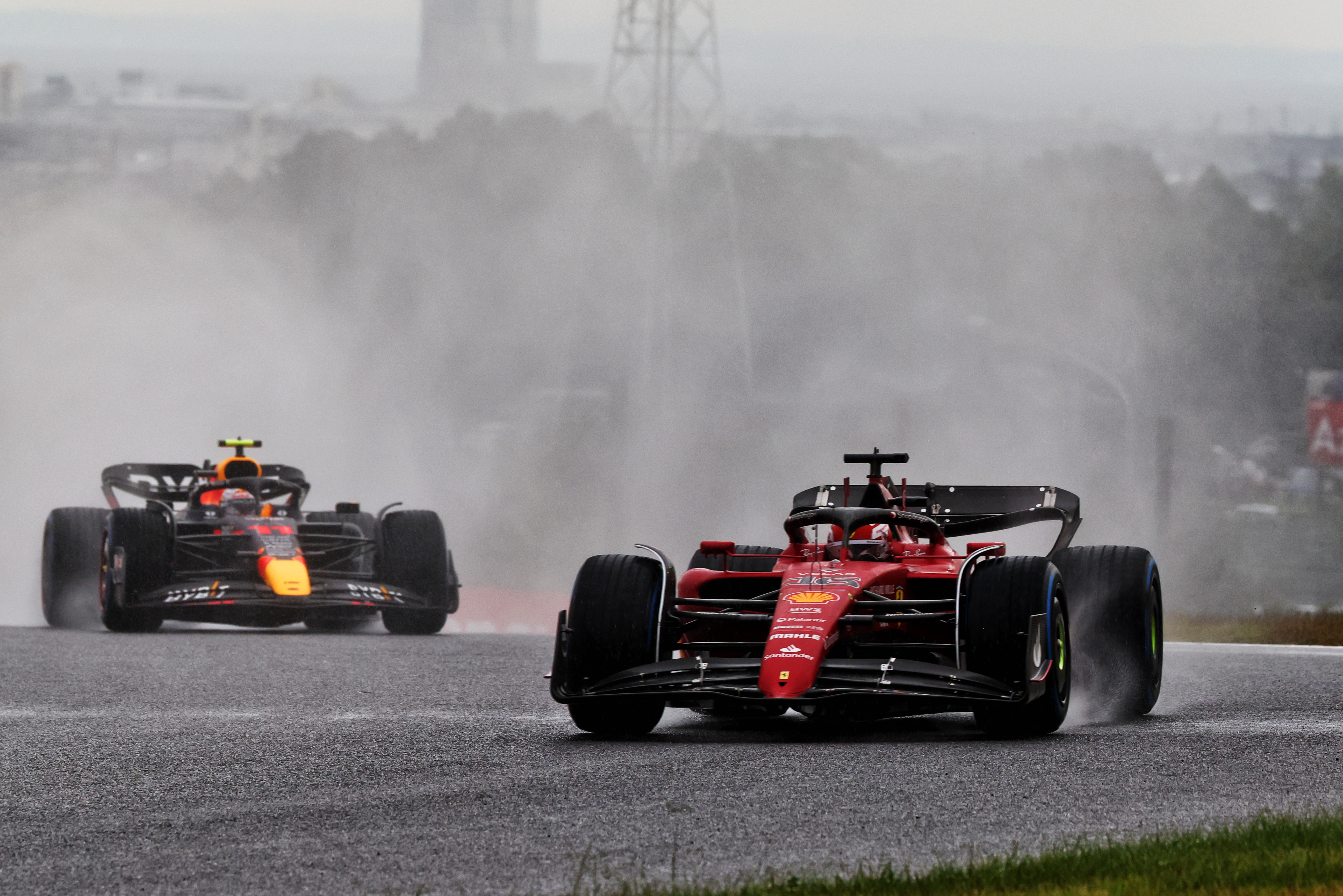 This stuff matters because sport is all about rules. Yes, it’s all about the competition but without the consistency and structure being right it just reduces the faith of those watching the sport. And if that keeps happening, the risk is they stop watching. We always hear that the viewing numbers are going up, yes, but we all love a good circus and F1 needs to be careful it’s not becoming one of those.

Even something as seemingly trivial as the points situation robbed Max Verstappen and the Red Bull team of the real moment of celebration and created confusion for fans watching on TV. It was completely unnecessary.

The trouble is, it will be some other problem at the next race weekend, and the weekend after that. That’s why a major review is required to reconsider and, if necessary, rewrite the sporting regulations and ensure that these problems are kept to a minimum.