Last year was very disappointing for the Renault Formula 1 team and it’s out to prove it has the basis and the structure to move forward under pressure.

Now that we’ve seen the car in person at Barcelona, even though it’s difficult to pick out all the detail of a car in all-black, you can see it has improved the package all around the car.

The main focus has been on changing the front-end concept. This is a logical move because last year Renault had problems in that area. As a result of that it struggled to make aerodynamic changes further back on the car that would deliver what was expected.

The most obvious change in this area is the nose. Renault has taken the narrow nose concept pioneered by Mercedes and taken it a step further. For a Formula 1 car built to the current rules, the areas that really matter are the nose and front-wing section up to the centreline of the front wheels and then the rear end where you are working to make sure the underneath of the diffuser talks to the low-pressure area behind the rear tyres. 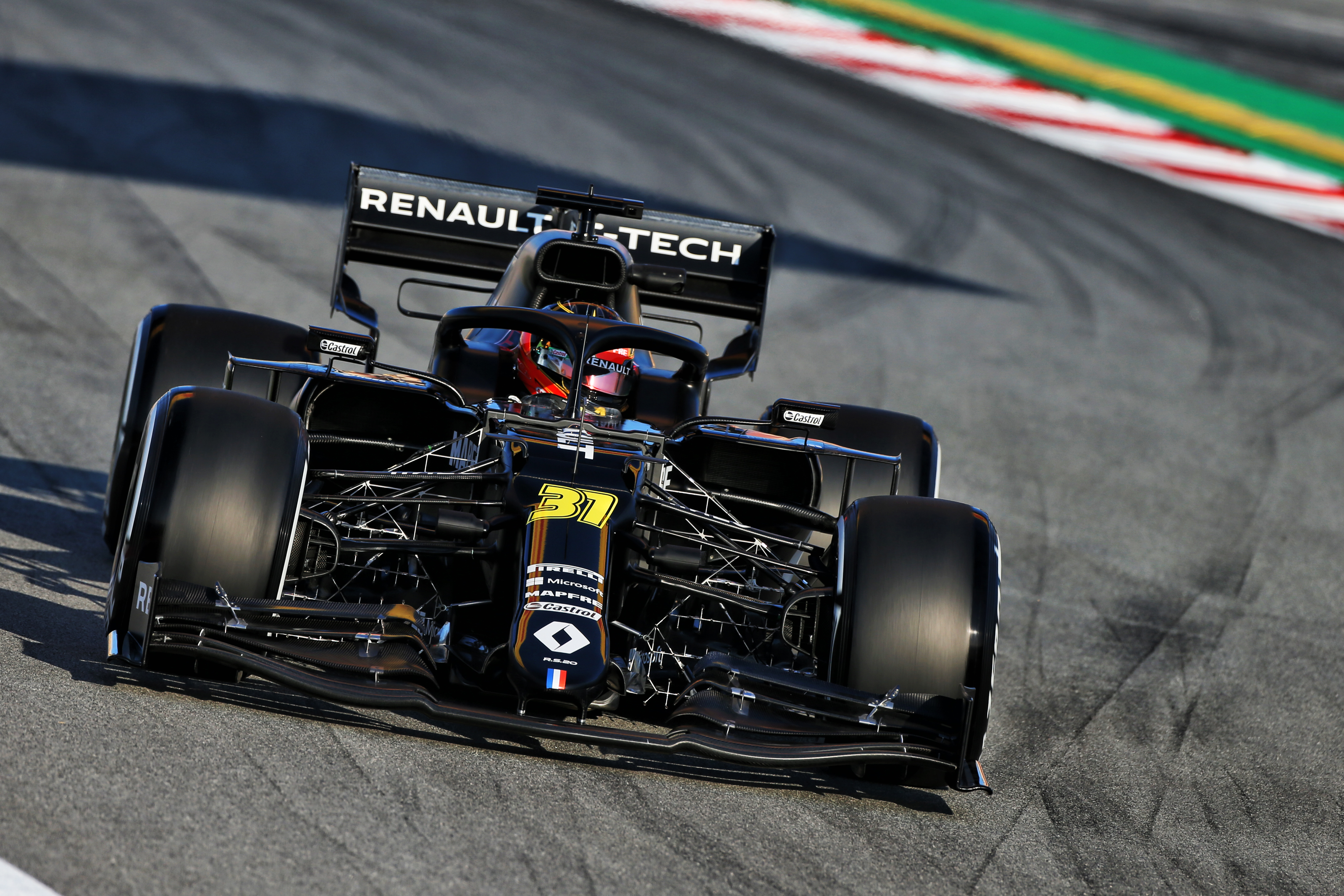 This narrow nose works with the cape area underneath the nose to get the airflow going where you want it. If you have good, clean, fast airflow at the front and the extraction mechanism at the rear works then you can develop the middle of the car to use those strengths correctly.

The greater the mass flow and the faster it is travelling between the front wheels, the more downforce you will be able to generate. Renault appears to have maximised that with this car.

The bargeboard package isn’t the most complex but it is only the starting point. You will see more complexity emerging in that package to work the airflow towards the leading edge of the sidepods.

Many teams have worked hard on the nose in the direction Renault has maximised. It’s difficult to get through the crash test so you have to put a lot of time and money into it

But once it has understood the way the nose impacts the airflow, Renault will be able to press the button on signing off and making bits to evolve this area. If everything works as hoped, this will create a good avenue of development for Renault and be a big change from last year where it struggled to get anything out of changes in this area because the front-end concept wasn’t right.

The fundamental change in concept of the front end is all about getting better airflow to the leading edge of the sidepods. The bargeboards themselves don’t generate downforce, they just take the airflow from underneath the nose and chassis and present it to the leading edge of underfloor travelling as fast as possible. 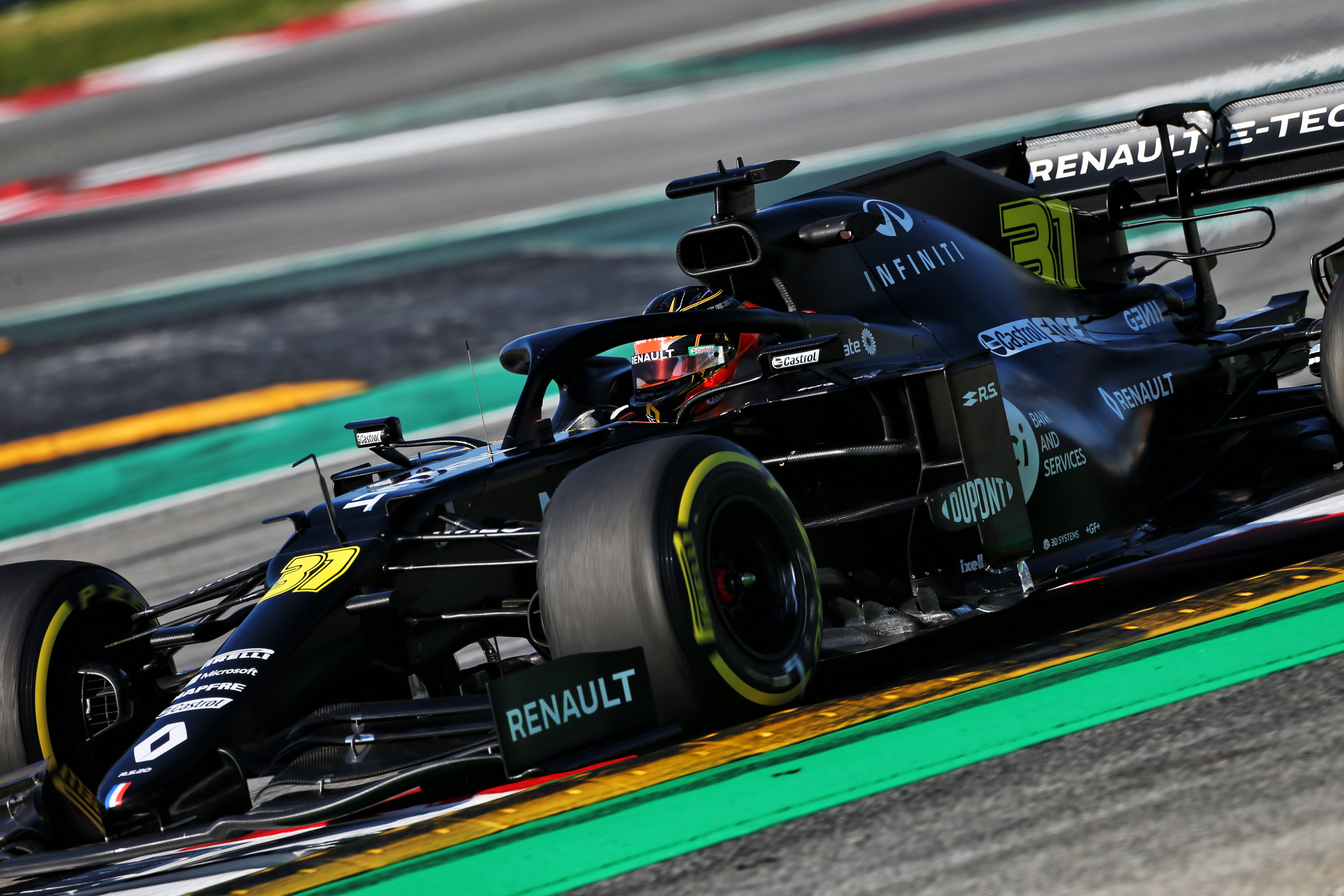 Many teams have worked hard on the nose in the direction Renault has maximised but we see that Haas and Alfa Romeo haven’t gone for the narrow solution. It’s difficult to get through the crash test so you have to put a lot of time and money into it. Renault has really gone for it and I think that area will be a big improvement for the team.

Looking at the front suspension, one area I’d have pursued is to move the steering trackrod lower so it’s level with the bottom wishbone. In its more conventional position it does create more airflow blockage. There’s no real challenge to getting it lower and most have gone that way, although to achieve it you do need to get the steering rack lower.

This is a minimal step, but given Renault is attacking the front end concept it’s a surprise that it hasn’t taken this approach.

The rest of the car features all the fundamentals. The Coke bottle area is small, which is the trend for 2020, I’m pretty sure there will be some changes to the sidepods and the radiator exit area depending on the cooling requirements for high ambient circuits.

Cooling is always a compromise, too much and you lose downforce, too little and the car will overheat and you will need to reduce engine performance. As Renault is using its own power unit it should have a good handle on the cooling requirements.

Renault has disappointed me over the past year. It’s a works team and has everything it needs to be up there fighting at the front so there’s no excuses. This car has tackled the big limitation of last year’s car so it’s going in the right direction, but the key is whether it works as predicted.

Which teams have gained and lost since last weekend?

Mercedes’ pace advantage has been slashed this week

Mercedes' pace advantage at the Red Bull Ring is looking smaller this week, 'Class B' is too close to call and there's a change at the back. Here's our full Friday analysis

Norris ‘afraid to brake’ because of mystery pain

McLaren driver Lando Norris says he felt “afraid to brake anywhere” during Formula 1 practice for this weekend’s Styrian Grand Prix, because of a mystery pain that limited his mileage

McLaren can only battle one Racing Point – Seidl

Andreas Seidl believes his McLaren team is only in competition with one Racing Point this weekend because Sergio Perez is...

2 hours ago Esports, MotoGP No Comments