Barcelona has always been a track where we see Formula 1 teams bring their latest batch of developments, so it’s no surprise to see McLaren trying a new front wing and floor in Friday practice.

This is a circuit teams know so well from countless miles of racing and testing, meaning it’s a track where they have a good understanding of the exact characteristics when it comes to the impact of changes of car specification.

This means back to back testing is the Friday focus in Spain and McLaren ran its new floor on Lando Norris’s car, with both cars trying new and old front wing spec. 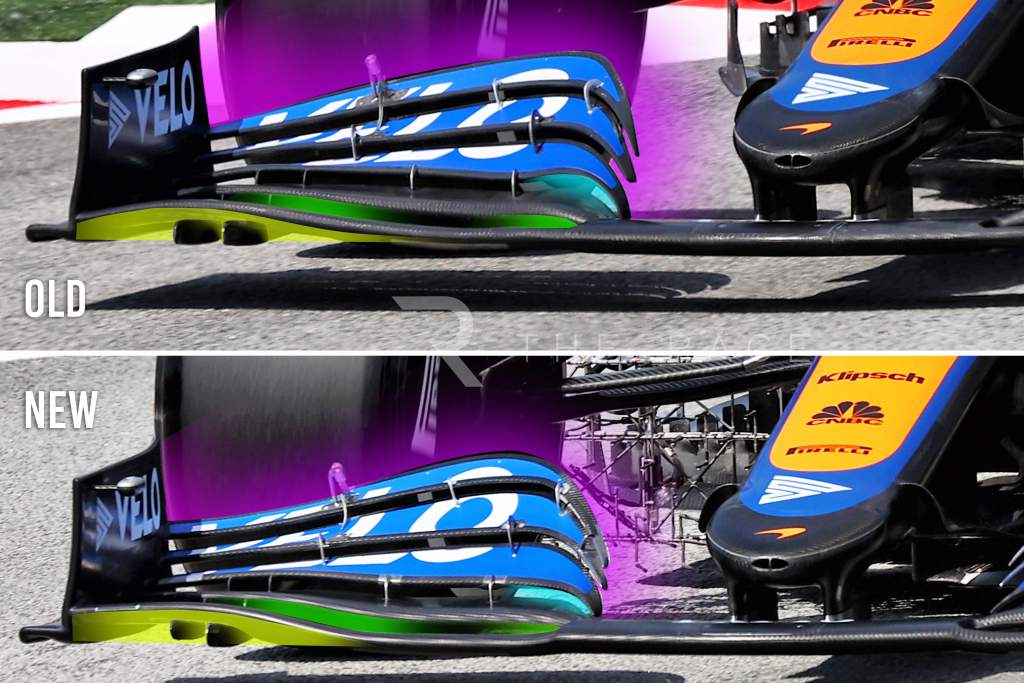 The outer end of the mainplane of McLaren’s new front wing has been lifted slightly and the inboard end of the slot gap between the mainplane and the first flap has also been opened up. Both of these changes are to reduce sensitivity.

Because it is so close one of two things will happen: it stalls and you lose front end, or it doesn’t stall and the front grip increases, making the rear more nervous. My bet would be on the former, so raising it slightly will reduce that stall slightly.

The inboard slot gap of the old wing was tapered to more or less nothing towards where it joins the FIA-mandated neutral central section. This intersection sets up a vortex on each side of the car and having that tapered slot gap will dilute those vortices.

A more open slot gap will increase the flow through this area, generating a stronger vortex – which will improve the performance of the bargeboards and leading edge of the underfloor. 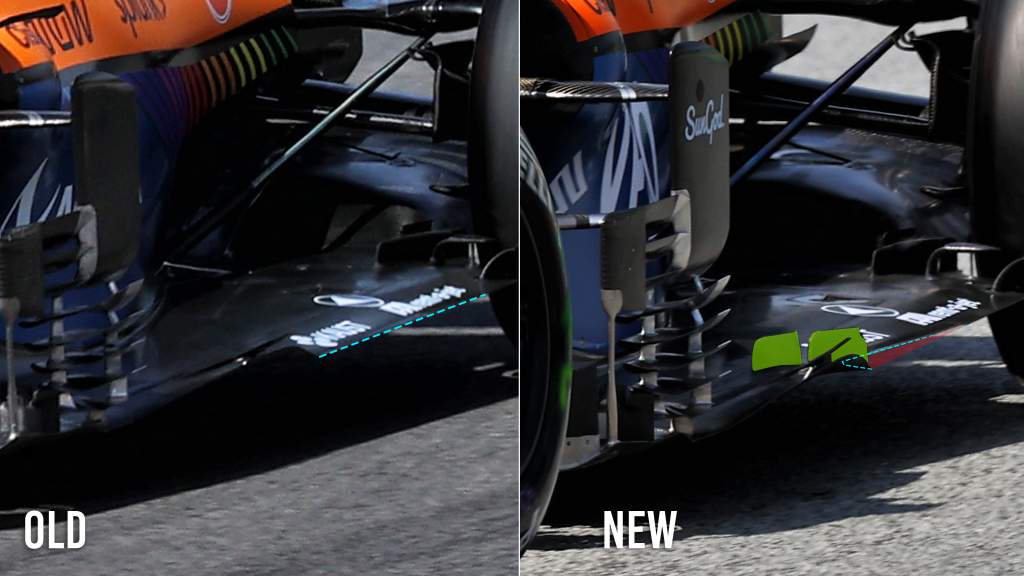 McLaren has also made detail changes to its floor, going from the tapered floor side to meet the 2021 aerodynamic regulations to the now more common rectangular cutout.

Having this rectangular cutout gives more space for the airflow, which in turn gives the opportunity to induce a vortex at the start of the cutout.

The small turning vanes (yellow) will be turning the flow outwards, setting up that vortex as the airflow spills off the top rear corners of them. 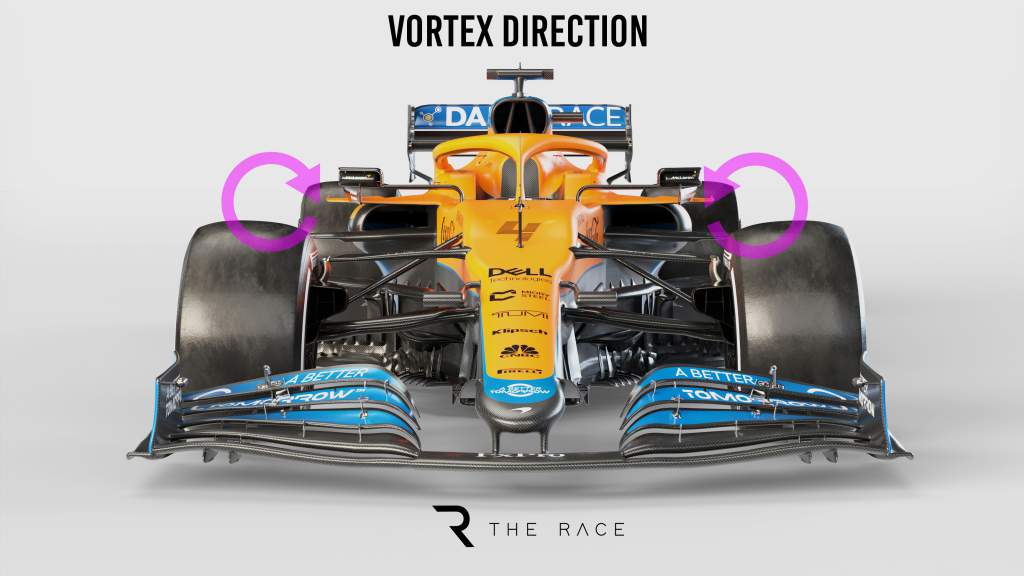 This will seal the floor going rearwards, helping the performance of the underfloor and the diffuser.