Gary Anderson: Calling Haas a Ferrari copy is too simple - The Race
Skip to content
Formula 1

Gary Anderson: Calling Haas a Ferrari copy is too simple

As you’d expect, comparisons have been drawn between the upgraded Haas Formula 1 car and the Ferrari, but I don’t see it that way. Instead, Haas has followed the logical design trend both from where it started and by taking inspiration from many cars – including Ferrari and Red Bull.

Haas waited until the 13th race of the 22-race season to introduce its first – and only – major upgrade. As you’d expect, it follows the prevailing trend, although it is true to say it’s more in the direction of the Ferrari than others given the shared non-aerodynamic parts. 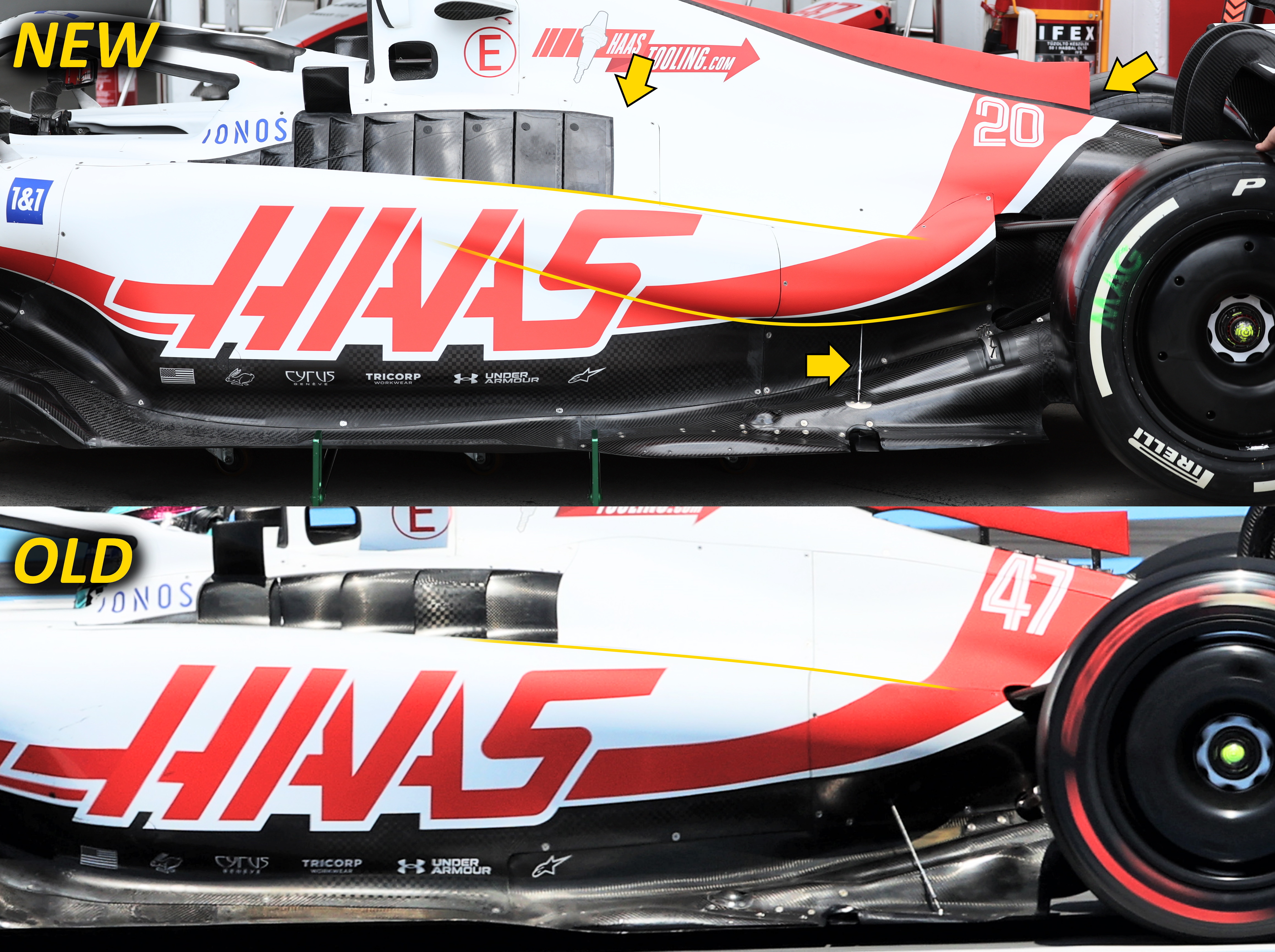 What Haas has done is exactly what any team other than probably Mercedes would do. With circuit running very limited, restrictions on windtunnel and CFD time, and a cost cap, why wouldn’t you use what others are doing as part of your research?

If a team has changed something on its car and gone better, if you can see a way that it will complement your own concept then it makes sense to shift your development direction for this year. 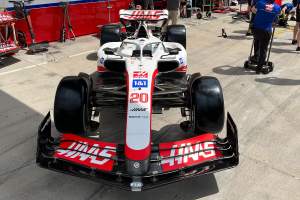 If that means a delay before production can begin, which it has for Haas, then you have to accept it hoping that the improvements in performance will be a bigger step.

That doesn’t mean it’s a copy, it’s simply about learning from what others are doing and using that as a shortcut for the initial steps of your research and development. That gives you more time to optimise it and doesn’t make use of any design data other than what you can see with your own eyes.

Alpine was the first team to adopt the ‘roll-top bath tub’ effect on the top outer edge of the sidepods and now Haas has gone down that route. 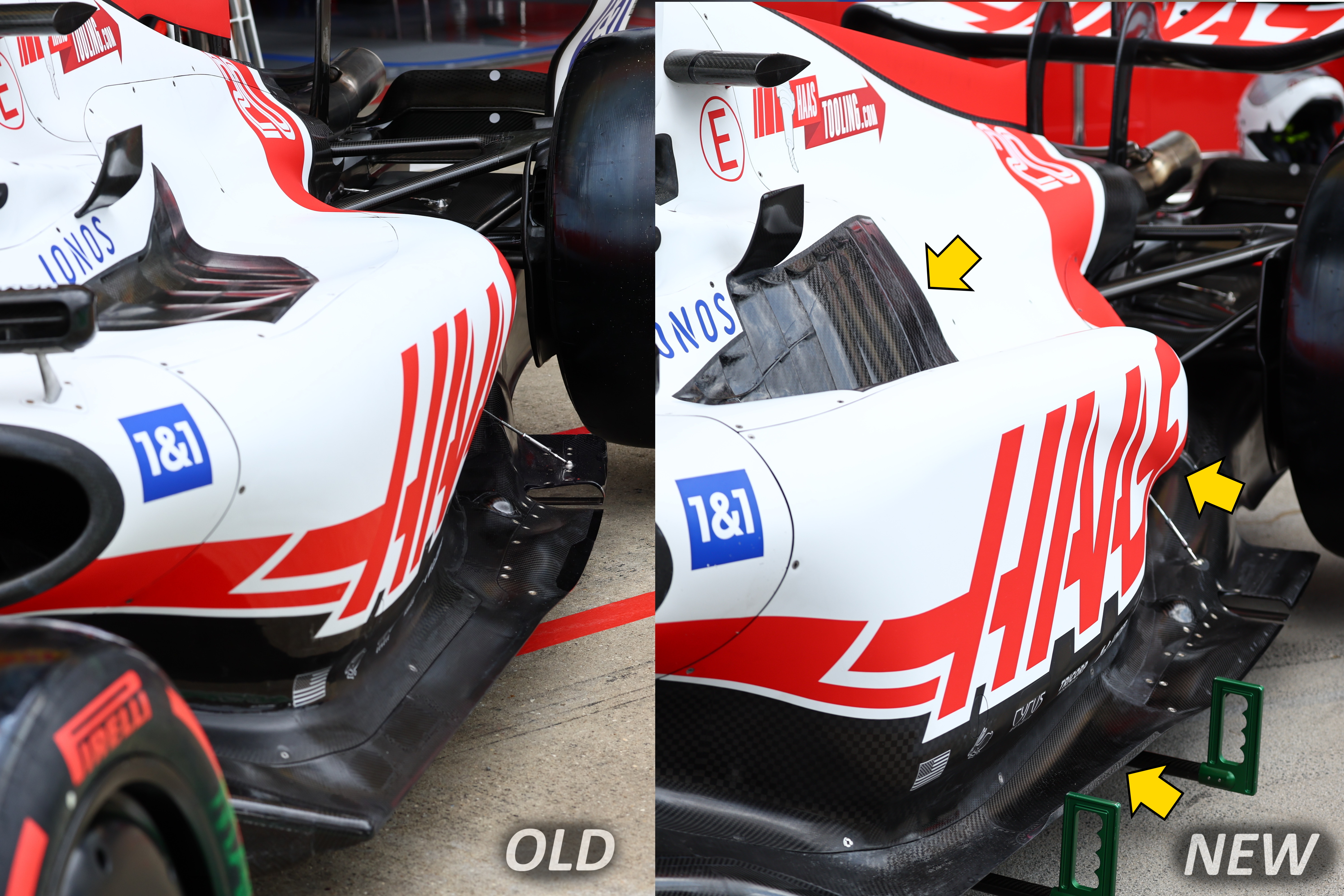 All the rest of the changes – the underfloor leading edge splitters, floor edges, cooling outlets and rear brake ducts – are there to optimise the performance of the main downforce producing component which is the underfloor.