When the regulations stay mostly the same, designing a new Formula 1 car is more about optimisation and rectification than innovation. That’s exactly what we are seeing with the new Red Bull RB16.

Front wing details are always dodgy to comment on because they are a bolt-on component and always under development so can change at the drop of a hat. The version on the launch car is similar to, if not the same as, what Red Bull ended last season with.

As the front wing was one of the things that caused problems for Red Bull last year, I’m not surprised the team has started off with this proven specification and I’m sure we’ll see further developments of the same concept as the pre-season tests progress.

But look above it and the nose duct detail is quite different in that it is now detached from the top surface of the nose. In effect, the wing-mounting pillars form the sides of this sort of double duct. 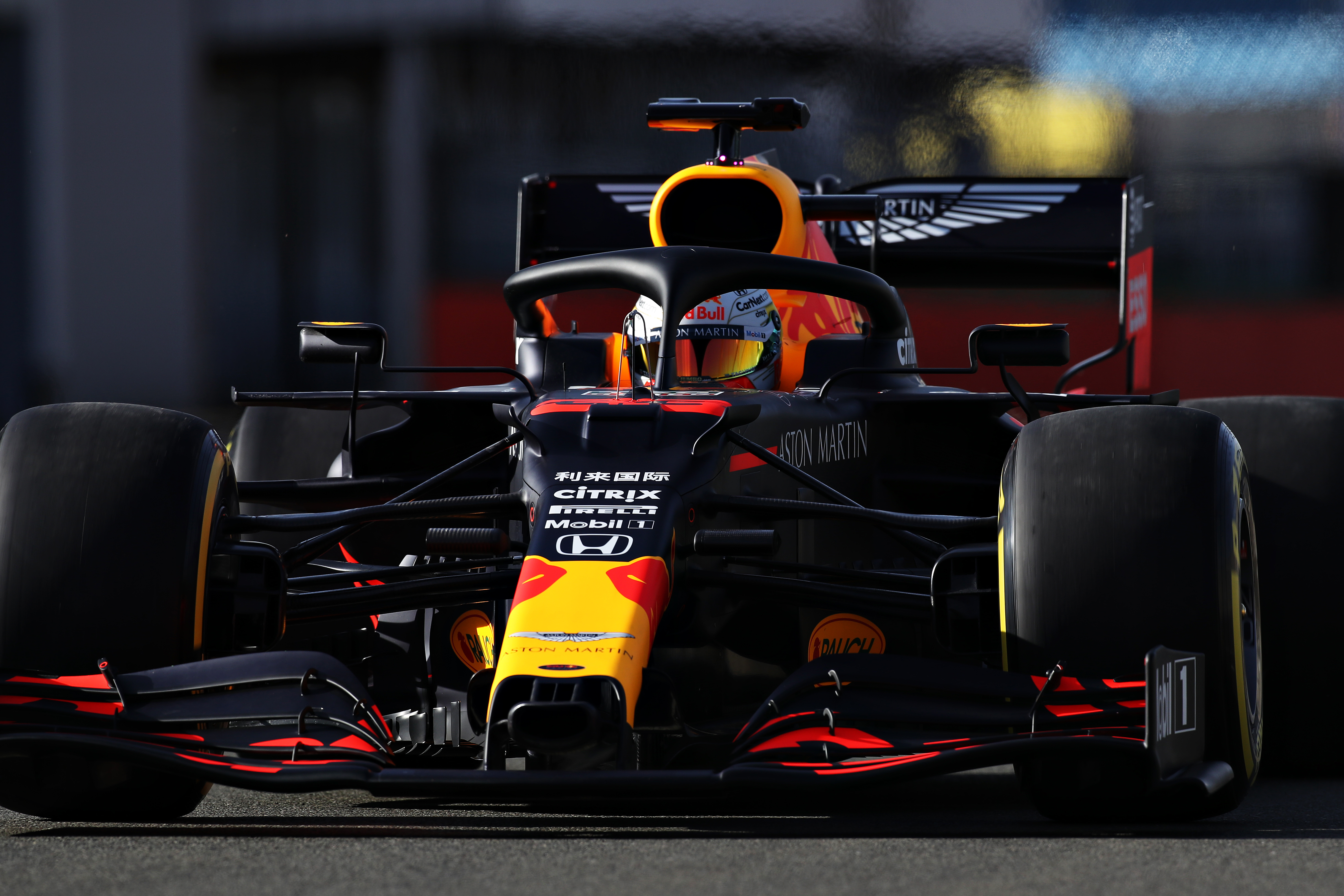 Inducing airflow through this area pulls more airflow into the underneath of the raised chassis section, and also reduces the lift created as the airflow accelerates over the top of that section. So it’s a double plus.

Red Bull’s suspension concept is great as long as it all works as designed, but sometimes it can take too long to get the best out of

Red Bull has also gone for as narrow and rounded a nose as it can while still passing the mandatory crash tests. This allows it to fit this nose ‘bib’, which improves the performance of the centre section of the front wing.

On the front suspension, Red Bull also appears to have retained the system that lowers the front of the car as more steering lock is applied.

This is achieved with the position of where the pushrod joins the front upright. If done correctly, this can improve front grip in low-speed corners where you need more steering lock and/or reduce front grip at high speed.

This is great as long as it all works as designed, but sometimes it can take too long to get the best out of – which in turn reduces the time you have to optimise the rest of the set-up.

It can also contaminate the driver’s feel of the steering loads, sometimes making them think they have more or less front grip than they actually do. 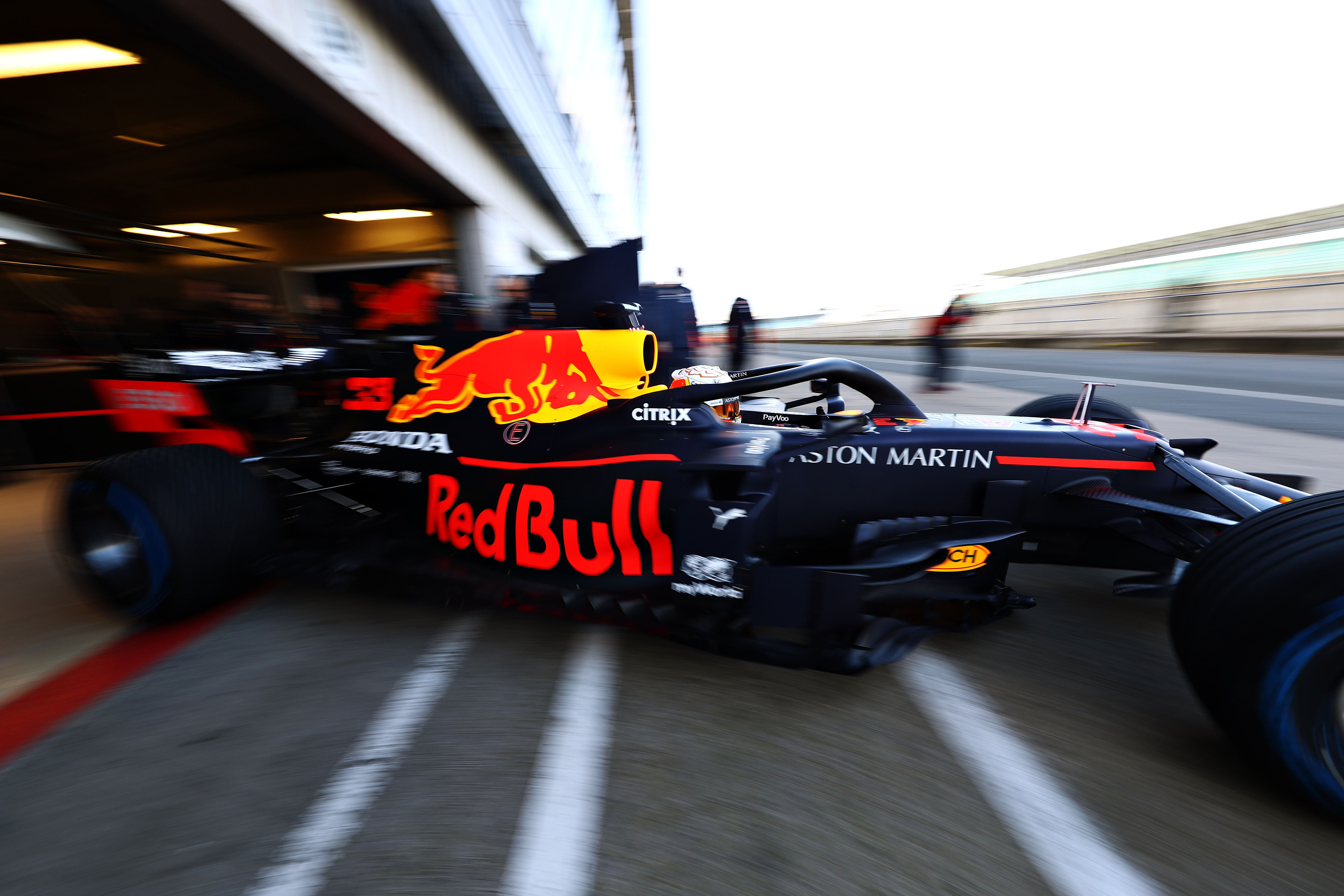 The bargeboard area is also very similar to the end-of-season 2019 version. I’m sure there are small subtle changes, but like the front wing these components are all bolt on so making sure of circuit-to-windtunnel correlation with something you know before you change to your latest creation can be the safest way to go.

The sidepods and engine cover are reasonably compact. I wouldn’t say they were as snug a fit as we have seen from Red Bull in the past but I think Honda, having been bitten badly by McLaren’s famous ‘size zero’ approach from 2015, will have requested that little bit of breathing space on the basic cooling package.

Unlike the triangular air intakes of the Ferrari and the Haas, Red Bull has gone for more of an oval design. With Max Verstappen being fairly tall, this raises the bottom of it up slightly and for a similar intake area it gives a little more space for the management of the airflow that is coming off the driver’s helmet.

The oval will also cope with the airflow spillage around its complete circumference and the two horizontal fins either side of the undercut section manage that airflow even better.

The Coke bottle area and the sidepods are again more or less the same as last year, perhaps a little more compact. The sidepod trailing edge, which is the radiator exit, finishes just that little bit earlier than the Ferrari’s.

The rear wing is another bolt-on component of which Red Bull will have many versions. The one used on the launch car has relatively simple wing endplates. The wing looks like a little more of a ‘banana’ chord shape in the middle.

To try to get equal load distribution across the wing’s span you normally try to match up the wing’s leading edge to the flow direction of airflow travel at the leading edge. This varies across its span – at the sides the flow is more horizontal, in the middle it is coming down and around the engine cover hence the raised leading edge in the middle. 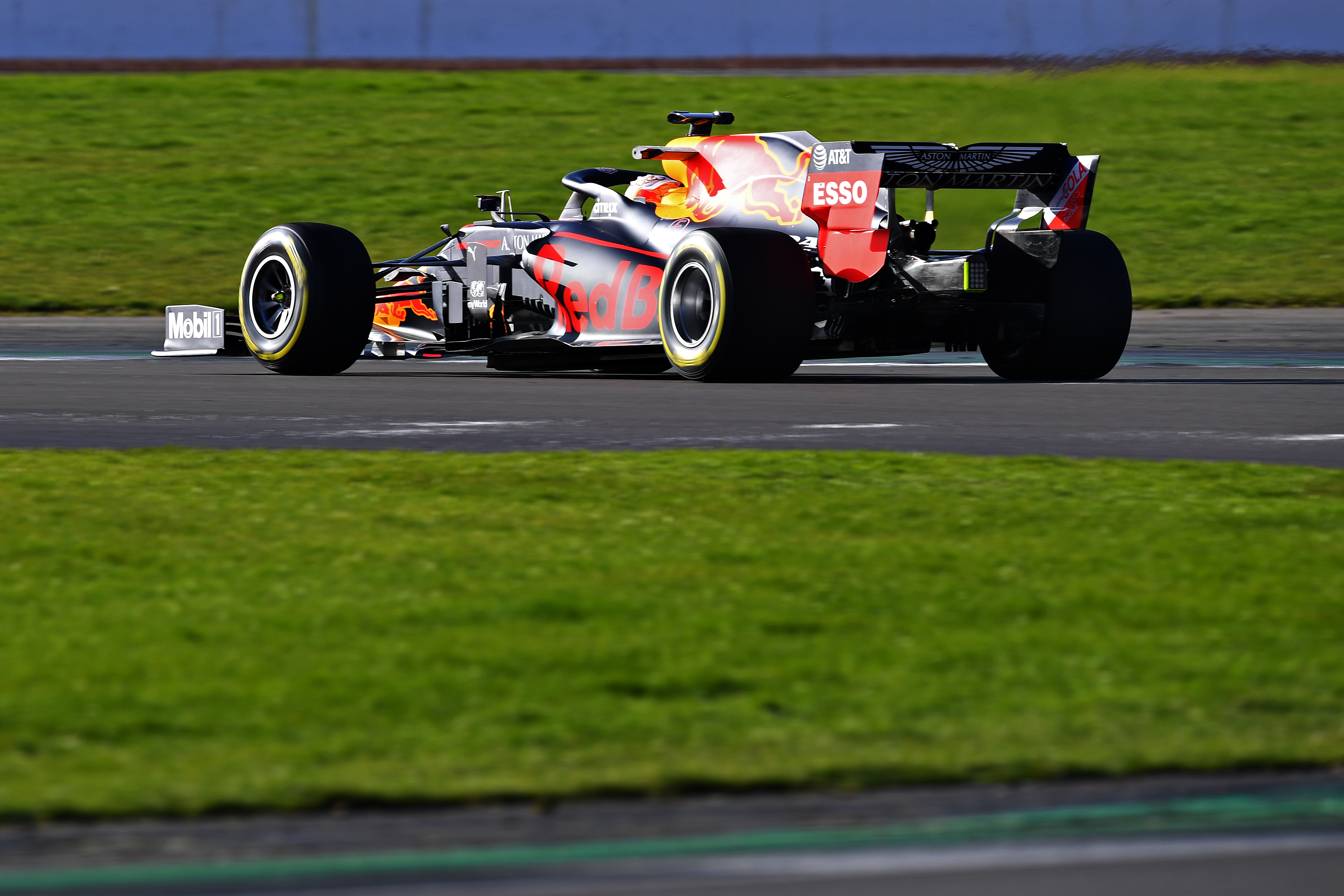 Word is that Red Bull is fairly buoyant about the aerodynamic performance step it has made and to challenge for wins from the start of the season it will need a small step from where it ended up last year.

But with development of the same set of regulations you need to be very careful not to throw the baby out with the bath water. That’s what I am seeing with this first version of the 2020 Red Bull, a car that should make sense from the get go but with lots of potential for further development.

Red Bull’s objective in 2020 is simple: to start the season as strongly as it ended 2019. Then, with Max Verstappen at the wheel, it will be in with a fighting chance of at least the drivers’ championship and, if Alex Albon improves in his second F1 season as expected, the constructors’ championship isn’t out of the question as well. 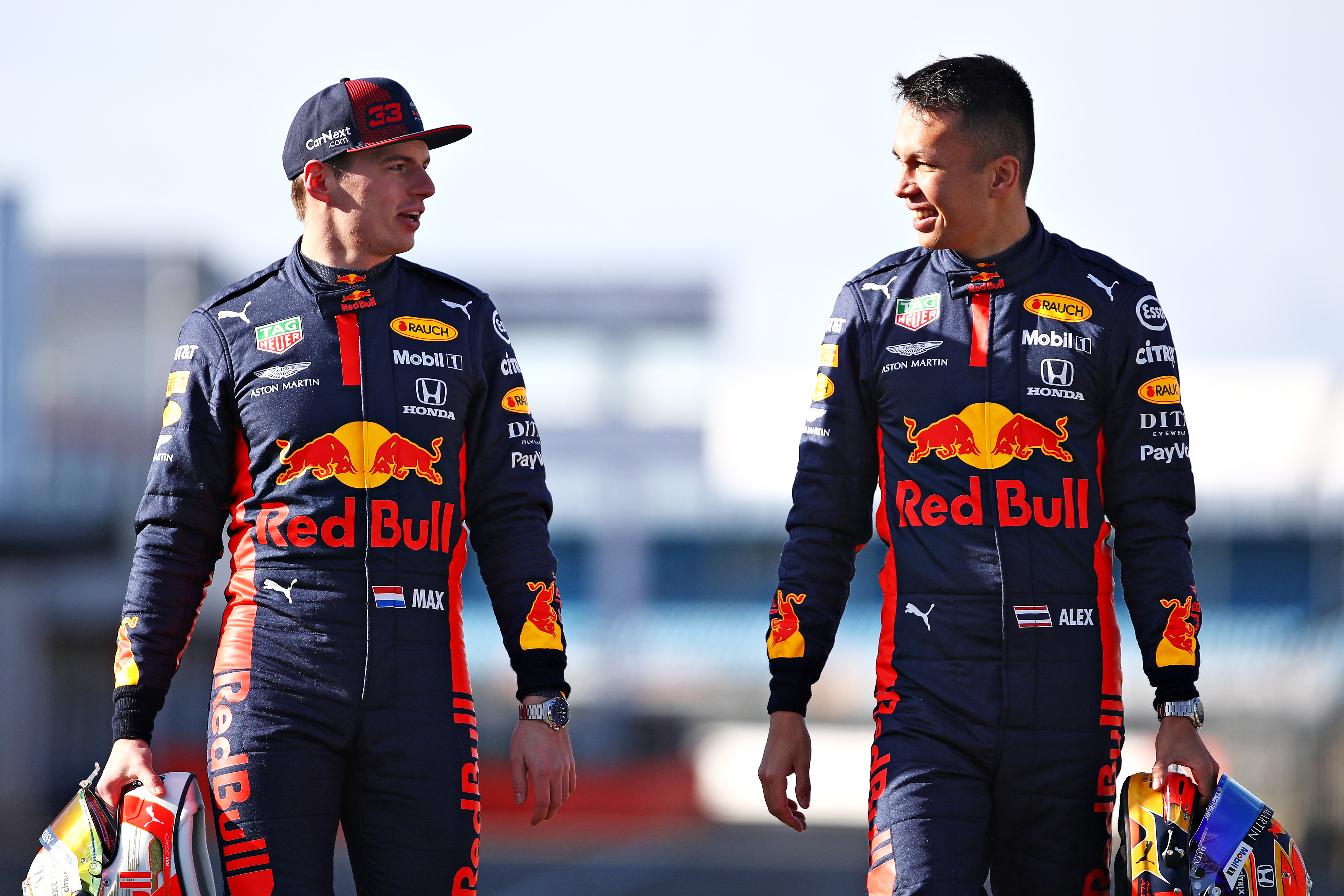 Red Bull’s biggest problem over the past couple of seasons is that it gave away too many points in the first third of the season. When you do that, you are always playing catch-up and if you are fighting for championships with a team like Mercedes, which very seldom has a really bad day or suffers reliability problems, that’s never going to be easy to achieve.

I’m surprised this is a problem for Red Bull. In Adrian Newey it has one of the greatest designers of all time, so him letting the season kick off badly is the one thing I wouldn’t expect.

That’s all in the past, it’s now down to Red Bull’s new baby. That, combined with whatever improvements Honda has brought to the table, is all that matters. For Red Bull and Honda the objective is simple: get back to the days of domination and win both championships. 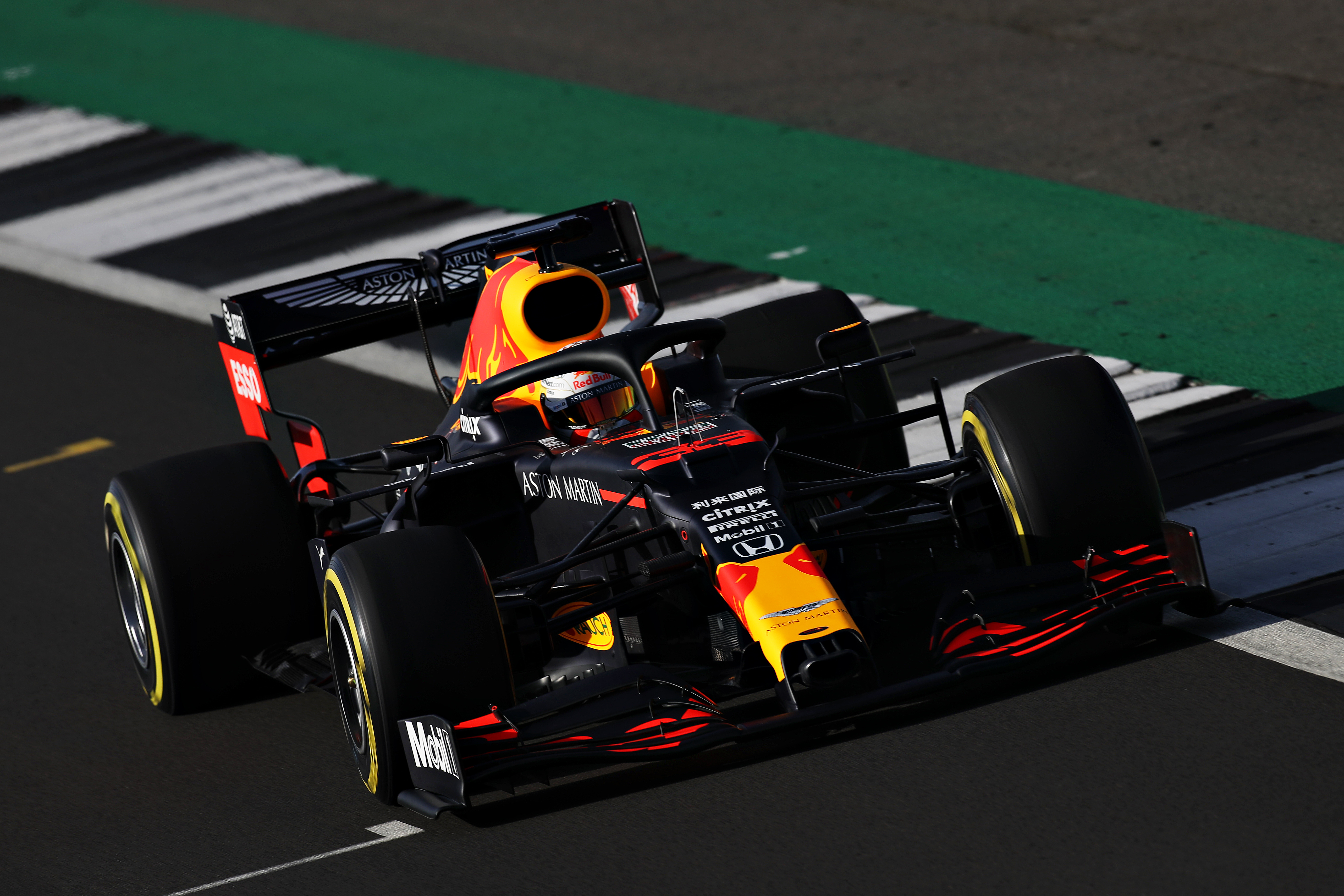