Mercedes completed 100km of running on its filming day at Silverstone yesterday, giving us a more detailed look at the 2022 Formula 1 car it revealed at the launch.

Inevitably, there was plenty of aero measuring going on. The little pitot tubes at the rear of the floor will be to measure the airflow speed going through into the Coke bottle and how it changes with the rear ride height alters as the speed increases.

Also of note is how low the rear of the cars is. The floor sides are running more or less parallel to the ground, so there is no real rake on this car.

Has Mercedes been developing last year’s ride height reducing device to work within this year’s regulations? It wouldn’t surprise me. 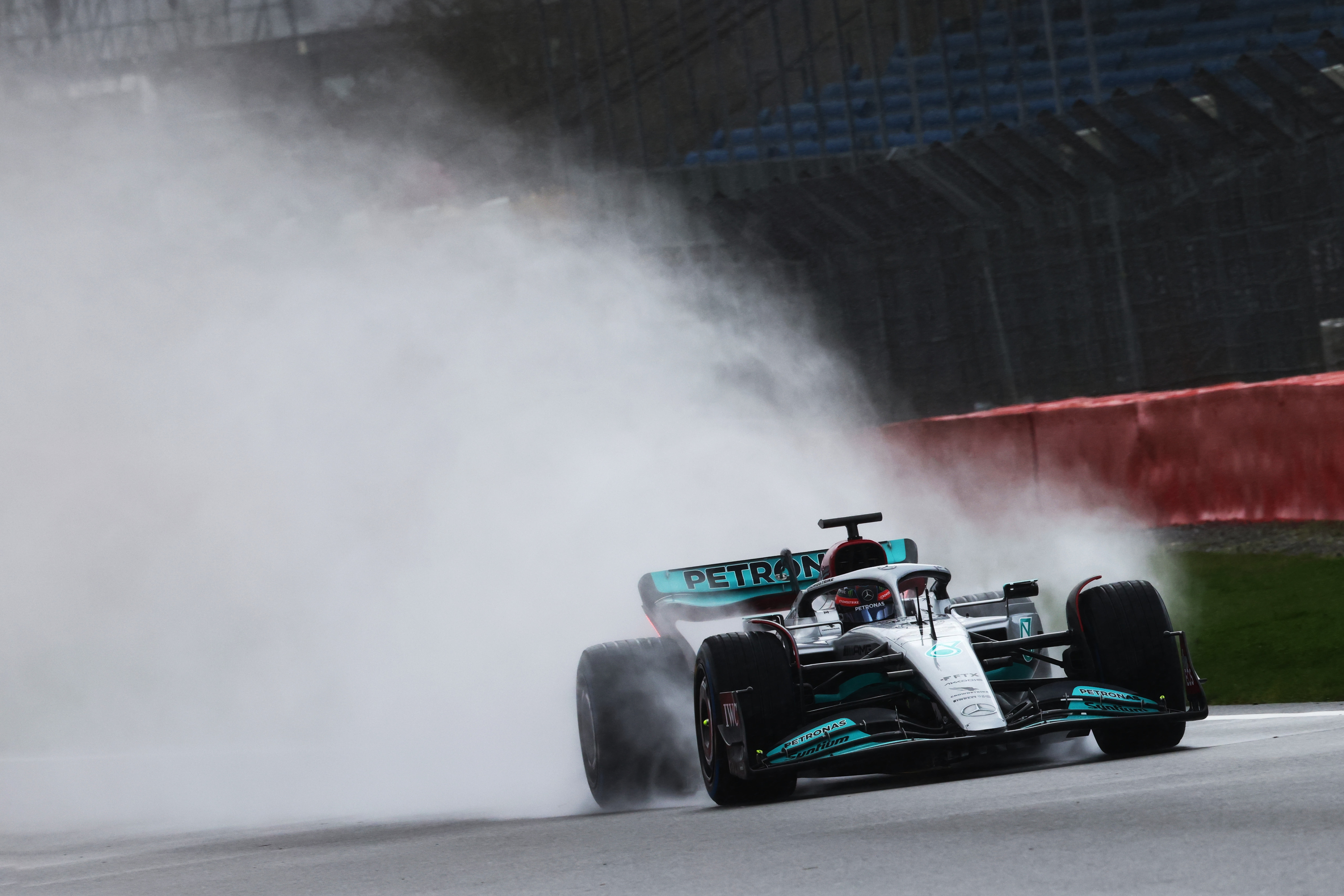 Running in the wet is always a visible way to attempt to understand what the airflow and turbulence are going to be like when following another car.

I’m not sure I can see much of a reduction in this turbulence compared to last year’s cars. The intention was for the disturbed wake to be higher than last year and therefore less disruptive for the following car.

Yes, it is high but it is also still on ground level. I really don’t think I would like to be driving in it at 300km/h wondering where I should try to overtake.

But that is why the DRS is still there. We can see on this car the extent to which the rear flap will open (blue arrow) to try to make overtaking possible. But with these new regulations, with no end-plate fence above the wings upper surface, I don’t think the drag reduction will be as powerful as in the past. 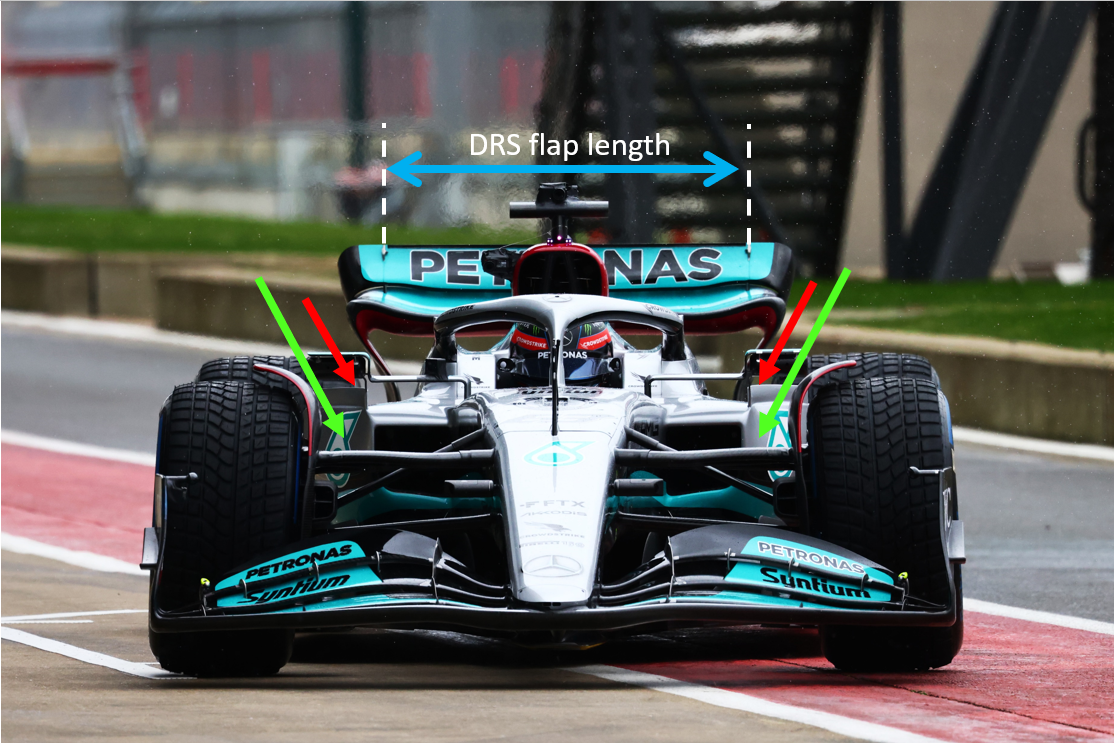 We also appear to be seeing the first of the vortex-inducing flick ups (red arrows) that the new regulations were trying to prevent.

We saw a rather crude flat area (green arrow) on this front upper corner of the sidepod on the Mercedes when it was launched. Now we see why, with the addition of this fin extending upwards from that area. 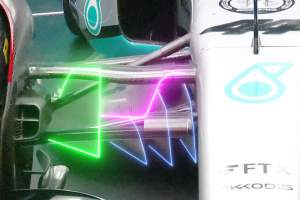 In my original technical analysis I picked this out as an area for development, and this does show that Mercedes had more in mind. We will probably see more evidence of developments in this area when the cars get to Barcelona for testing,

What they have now will certainly generate a substantial vortex off the top edge and top rear corner. This creates outwash to move the front tyre wake further away from the underfloor inlet and sidepod undercut.

It will also be interesting to see what the FIA and F1 think of some of these interpretations. I’m sure that they intended things like this to be incorporated into their more flowing surface concept.

If they are going to stamp them out now is the time. Otherwise, it will be too late as everyone will be researching their own versions, which will only get bigger and more powerful as the days go by.