The Monaco Grand Prix is where Formula 1 legends are made, but some drivers and teams have a better time on the tortuously twisty streets than others.

This doesn’t apply exclusively to performance, for there are also some who have had the pace but failed to string things together. Some of the 2021 fields biggest names are among them.

We have picked out three drivers, and two teams, that will be looking to tear up the Monaco form book and finally deliver a big result – whether that’s a win for those at the front, or simply a solid points finish for those further down the grid.

While plenty of drivers would be delighted to have the fourth place that stands as Max Verstappen’s best Monaco GP result on their CV, this race is conspicuous by its absence on his long list of 46 F1 podium finishes.

Verstappen has finished second on the road here, back in 2019 when he challenged Lewis Hamilton for the lead late in the race. That he was busted back to fourth by a time penalty for an unsafe release from a pitstop was not his error. 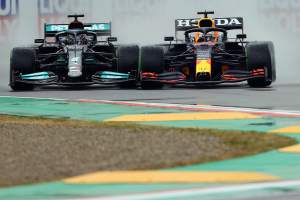 But on other occasions, he has made his own misfortune. In 2018, a race that his Red Bull team-mate Daniel Ricciardo won, Verstappen’s crash during FP3 condemned him to the back of the grid.

From there he recovered to ninth, but without that accident there’s every chance he would have triumphed.

In 2017, he had a fine run to fourth place but his first two Monaco outings ended in retirement. On his debut in 2015 (pictured below), he was eliminated after rear-ending Romain Grosjean’s Lotus at Ste Devote, while the following year he crashed in Q1, then drove superbly to climb to ninth in the race before again hitting the wall.

Verstappen is clearly fast in Monaco and has proved that time and time again. Given the Red Bull is expected to be strong this weekend, what better time to end his run of Monaco misfortune?

“A few mistakes from my side, a bit unlucky in other races,” says Verstappen of his Monaco record. “So it’s not been the best for me so far, but it would be, of course, a nice weekend to turn that around here.”

Leclerc is the home hero in Monaco, but he’s yet to reach the chequered flag in four race starts here – two apiece in Formula 1 and Formula 2.

But for an ill-timed safety car, Leclerc should have won on his first attempt on this circuit in the 2017 F2 race. That relegated him to fourth before a suspension problem put him out entirely.

His attempt to recover in the sprint race resulted in retirement thanks to tyre problems caused by bending a wishbone when he clashed with Norman Nato at Rascasse.

He also performed superbly on his Monaco GP debut in a Sauber that wasn’t yet at its best in 2018. That ended with him rear-ending Brendon Hartley’s Toro Rosso at the chicane as a consequence of a brake problem, but while on paper that was a bad weekend, his pace was impressive.

“It’s one of my favourite tracks and very special because I was born here and grew up here,” says Leclerc. “Unfortunately, I’ve been quite unlucky here in the past and hopefully this luck will turn around this year.

On his second and latest attempt at the Monaco GP in 2019, Leclerc looked a serious pole position threat after topping FP3.

But following a scruffy first attempt in Q1, Ferrari miscalculated and thought he’d done enough. He ended up eliminated.

After climbing from 15th to 12th in the race, he clattered into Nico Hulkenberg’s Renault, picking up damage that led to his retirement.

In seven Monaco GP starts, Bottas has only finished on the podium once.

That happened in the most recent race here in 2019, when he started on the front row alongside Hamilton but was jumped by Verstappen in the pits – albeit with the aid of a Red Bull unsafe release – in the race.

By any standards, Bottas’s record in Monaco is respectable enough, with that podium backed up by a fourth and fifth place in the previous two years. But given the quality of the machinery he’s had since joining Mercedes, it’s a relative disappointment.

Even in his Williams years, it wasn’t a happy hunting ground with a best finish of 12th in his four outings for the team on the streets in an era when he was often on the podium elsewhere.

Bottas has also had a difficult start to this season, and would love to dig deep and pull something special out of the bag on the streets of Monaco for the first time in his F1 career. The question is, can he?

There was a time when the Enstone team was hugely successful at Monaco, winning in 2004 and 2006 as Renault with Jarno Trulli and Fernando Alonso respectively. It also won in its Benetton guise with Michael Schumacher in both 1994 and ’95.

But over the past decade, an Enstone car has never finished higher than eighth in Monaco.

You have to go all the way back to 2010, and Robert Kubica’s third place after a spectacular qualifying performance to line up second, for the last time it claimed a genuinely good result here.

When Renault bought the team back in the 2016 season it suffered a pair of double DNFs, and since then all it has to show for its time here is eighth for Nico Hulkenberg in 2018 and ninth for Ricciardo last year.

While that recent form is down to a team struggling back towards the front of the midfield after several years of underinvestment, it’s still a poor showing.

But there’s every chance of something better this year given the team’s recent improvements and also how well suited its car is to the track configuration.

“We have to deliver the job on Saturday especially, but it should be a good weekend.”

While competition in the midfield is tough, surely doing better than eighth place could be on the cards?

Alfa Romeo/Sauber – Used to be a giantkiller

There was a time when Sauber had a knack for picking up good results in Monaco, but all of that ended after the 2011 race. Kamui Kobayashi finished fifth that year, but since then it has been a poor venue for the Swiss team.

It’s not had a car start the race in the top 10 in this period, with Felipe Nasr’s ninth place in 2015 its only points finish.

While the team has been through some difficult times over the past decade, its Monaco results are a particularly bad record.

But it has Kimi Raikkonen, race winner in 2005 and polesitter in 2017, in the cockpit and a car that seems to be reasonably consistent across a wide range of conditions. That said, it’s not necessarily at its strongest in the slower corners.

That means this could just be another difficult weekend for Alfa at what should be its least-favourite venue.