May 1 2020
By Scott Mitchell
No Comments
Share this article

The FIA has warned against “turf wars” between championships when reorganising race calendars after the COVID-19 crisis passes, and urged “super weekends” to be embraced instead.

Sports across the world have been suspended amid the coronavirus pandemic with major racing series all on hiatus as seasons have either been suspended part-way through or are still awaiting the opportunity to begin.

Formula 1 has set a target of July 5 for its first round, in Austria, which it hopes will mark the beginning of a series of behind-closed-doors events to allow the championship to build momentum.

The FIA, motorsport’s governing body, will then use this information to help other championships establish safe ways to resume their seasons.

Every category will now need to focus on a revised and likely condensed schedule, from major national events to international series like F1, Formula E and the World Endurance Championship.

As pre-existing calendars will be significantly altered, efforts to avoid problematic clashes will likely need to be renewed, and FIA deputy president for sport Graham Stoker says this will create “an enormously competitive and potentially very crowded environment”.

“We want to see the return of the enormously vibrant and diverse motorsport environment we are used to,” he said.

“However, it will need very careful management. When we look at things such as the International Sporting Code and international sporting calendar, the approach has to be flexible.

“It’s crucial that we prioritise the staging of events.

“What would be counter-productive would be to get involved in turf wars. Let’s not get involved in disputes about who has got which slot and what prior agreements might specify – that approach will not work.

“The main priority is get motorsport going again and if that means some ‘super weekends’ with multiple events happening, in co-operation and with flexibility, well, why not?” 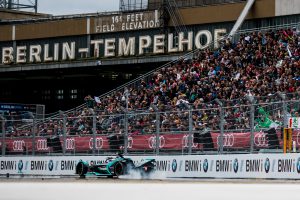 Potential clashes will range from the big categories to smaller events and races in the same country, with trackside and television audiences split and resources stretched in some cases as well.

Stoker also said that getting “grassroots events or medium-level national events” will be important to raise “confidence” once the current situation passes.

Among the aggressive scheduling plans is the British Touring Car Championship’s effort to fit its 2020 season across August to November.

“Motorsport has got to pull together, and we’ve got to have flexibility in terms of events and venues and thinking outside the box in order to get things going again in a spectacular way that will obviously attract public interest,” Stoker added.

“We should also demonstrate that motor sport remains relevant and a positive influence, through its messaging and actions.”

Closed events are viewed as a safe way for motorsport competitions to restart without endangering members of the public, at least until immunisation is possible.

This will be done in line with national government and health advice.

Stoker expects “pent up demand” to boost attendances when racing does resume in front of fans.

“There will be a reaction against being artificially constrained,” he said