The FIA is evaluating whether any procedural changes can be made to reduce the chance of marshals being at risk like they were in Formula 1’s Emilia Romagna Grand Prix.

Video footage of unlapped cars approaching at speed as marshals continued to work trackside towards the end of the Imola race’s safety car period emerged in the aftermath of the grand prix, with Lance Stroll’s pace particularly alarming. 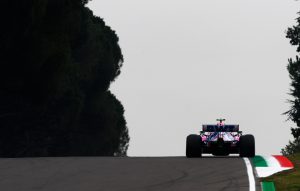 The lapped cars had been given the usual instruction to overtake and catch up to the back of the pack while several marshals were still working at the left-hand side of the track between Piratella and Acque Minerale, where George Russell had crashed.

One marshal remained on the track itself, sweeping off debris as Kimi Raikkonen approached leading a group of four cars, but the Alfa Romeo driver noticed the double-waved yellows at the scene, backed off and kept to the right.

However, Romain Grosjean – who is in that queue – radioed his team to say it was “a bit dangerous” to still have marshals trackside, a sentiment shared even more strongly shortly afterwards by Sebastian Vettel, who was a little further behind so arrived on the scene on his own at greater speed and without warning from his team.

Stroll was even further behind the other lapped cars, had been instructed to “push to catch” the others, and either did not see or ignored the double-waved yellows as he approached, only lifting slightly as he passed through the danger zone.

An FIA spokesperson has told The Race: “The safety of the marshals and trackside officials is of the highest priority for the FIA.

“Race control was made aware of the issue and is evaluating whether any changes can be made to the procedures currently in place to further protect the marshals and officials and minimise the likelihood of a reoccurrence in the future.”

The procedure deployed during Sunday’s grand prix was done according to the regulations and, if followed properly, could have kept danger to the marshals to a minimum.

However, the circumstances around this particular incident meant that what works in principle was not sufficient in practice.

Lapped cars may only be given the instruction to overtake the safety car “if the clerk of the course considers it safe to do so”, and both Vettel and Grosjean felt that cars being free to lap at their own pace created a “dangerous” situations for the marshals.

Drivers that have unlapped themselves are also required to make “make every effort” to catch the pack up. Though the rules say they must drive “at an appropriate speed”, they are permitted to push and that creates conditions for drivers to miss trackside signals.

Turns 10 and 11 were policed with double-waved yellow flags. The FIA may rightly feel that these should have been sufficient given they require a driver to reduce their speed “significantly” and be prepared to stop because there may be a hazard blocking the track “and/or marshals working on or beside the track”.

However, the profile of the Piratella corner that precedes that part of the track and how the circuit falls away to the left, with the trackside light panel on the right, could make it difficult to see – especially when a driver is ‘making every effort’ to catch the pack up.

If it is considered safe to allow marshals to work trackside in such a situation again with lapped cars circulating at speed, the situation could also be improved by better communication to the drivers.

This could be either from race control or the teams, mandating that information regarding the use of double-waved yellows and the presence of marshals on track be relayed in specific terms to the drivers.

For example, when lapped cars are allowed to overtake the safety car, the drivers on the lead lap are often informed this will happen and that they should hold their position on the racing line to let the other cars past.

Mandating a similar instruction to lapped cars before they approach a scene with marshals working trackside would ensure drivers significantly reduce their speed and position themselves as far from the marshals as possible.