Ferrari is in a race against time to develop an updated power unit for the 2021 Formula 1 season that it hopes will get around the limitations of the current engine under the technical regulations as interpreted by the recent extra directives regarding fuel flow, ERS distribution and oil burn.

The existing engine package – which last year displayed a significant power advantage over the field – has been rendered uncompetitive by these directives, with particular regard to fuel flow.

The ability for Ferrari to run powerful qualifying modes has been severely limited – as was evidenced by the lack of step-up in pace from Q1 into Q2 and Q3 in the dry qualifying for the Austrian Grand Prix.

Analysis of the GPS data provided to the teams by the FIA suggested that in Q3 there, the Ferrari was the least powerful of the four engine makes and as much as 50bhp behind the Mercedes. In race trim, the deficit was smaller but still present.

Running the engines with a leaner fuel mixture is part of a mix of strategies used to create a qualifying mode. This creates extra heat and it is believed that Ferrari’s previous interpretation of the fuel flow limit made it possible to use enough extra fuel to absorb much of this extra heat. 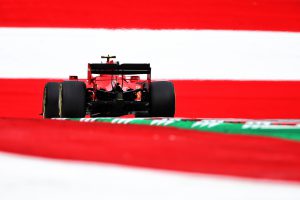 A greater fuel flow brings not just power gains, but the extra heat-absorbing properties also allow a lower cooling capacity, with implications of radiator capacity and the aerodynamic impact of cooling inlets and outlets for them.

Without the facility to increase the fuel flow, even for a short period, that advantage has disappeared.

Among the Ferrari modifications expected to debut at Silverstone next month are a rearrangement of the radiator layout, to give a more efficient cooling/aero trade-off for the characteristics of the engine as it is now rather than how it was. 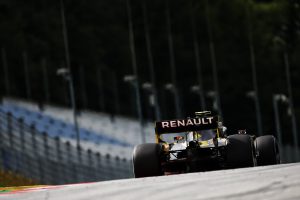 Only a restricted number of reliability changes are now allowed during 2020. Wider changes of specification were only permitted before the season-opener. Mercedes and Honda took advantage of this but Ferrari and Renault did not.

For next year performance updates can be made, with a decreasing number of changes allowed across that season and 2022 before engines are frozen for 2023 and ’24.

The vital update is therefore that for 2021 and Ferrari has been prioritising this since Barcelona testing revealed the team’s worst fears about how adversely the new directives had impacted upon the existing power unit.