Ferrari has given notice of intention to appeal the stewards’ decision of a reprimand for the Racing Point rear brake ducts at the Belgian Grand Prix.

This is part of Ferrari’s ongoing determination to continue with the appeal of the original Racing Point ruling announced at Silverstone several weeks ago.

Part of that original ruling was that Racing Point had not followed the correct process in creating the rear brake ducts, but that the ducts themselves were legal. Therefore the team could continue to use the ducts but for each time it did, it would be reprimanded.

Ferrari has now chosen to escalate its objection by appealing that penalty as insufficiently harsh.

The backdrop to this is the continuing negotiation between Ferrari, Formula 1, and the FIA about next year’s permitted development token usage. 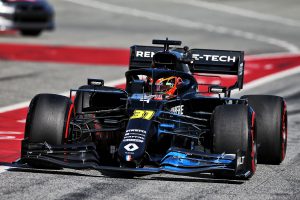 A token system has been created to control the number of upgrades teams can do as they carry their 2020 cars through to 2021 as part of the measures implemented to help teams stay afloat through the coronavirus crisis.

A grey area exists around customer teams using 2019 parts that might want to switch to 2020 designs in those areas, as this could potentially be done without using any development tokens.

The Race understands that there is particular concern among Racing Point’s rivals about the possibility of it being able to add Mercedes’ 2020 radical rear suspension design to its already impressive package without a token spend, and that this is key to Ferrari’s continued pursuit of the case.