Ferrari ‘99% sure’ it will struggle more with flawed car

Ferrari is “99% sure” it will start 2020 struggling more than last season after running out of time to have a major Formula 1 car upgrade ready for Austria.

The team declared itself behind its rivals after pre-season testing, although this was met with scepticism from some who felt it was downplaying its chances.

However, ahead of this weekend’s season-opening Austrian Grand Prix, Ferrari revealed it would be taking part with the same specification of car it used at testing because it realised it needed a “significant change of direction in terms of development, especially on the aerodynamic front”. 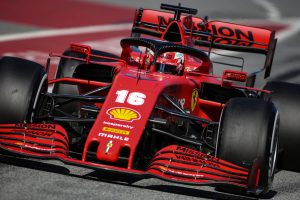 The first upgrades will not be ready until the third race of the season in Hungary.

Asked by The Race when they knew such a big overhaul was needed and what it meant for their prospects, both Sebastian Vettel and Charles Leclerc said “it was clear that we were not where we wanted to be” after testing.

Leclerc added: “I think it’s going to be a very challenging season for us, it’s definitely not going to be easy.

“We still have this question mark and we still need to wait for qualifying to be absolutely sure of what we say, even though we are 99% sure that we’ll be struggling more than last year.” 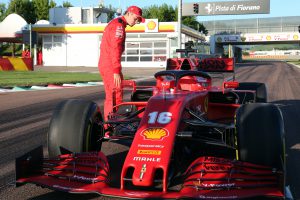 Vettel believes Ferrari will still benefit from running the SF1000 in end-of-testing form in Austria as it will validate its predictions from Barcelona.

He said that the teams being forced to adhere to government lockdown and F1 shutdown restrictions, only going back to work last month, meant Ferrari was effectively in a race against time to decide on a course of action and try to implement it.

“The last couple of months have been quite disruptive for everyone in terms of how much time they had probably to prepare,” Vettel said.

“Everyone in the factory is flat out trying to get everything that we can to the track as soon as possible.

“At the moment it looks like we get an upgrade for Hungary and not for here.

“So it will be interesting to see where we are, to get an answer on that and then we have to take it from there.

“At this stage also it’s unknown how long this season will be, I think we have eight races scheduled. Whether we will have these eight races, whether there will be more, how many more.

“So a lot of things that are unknown. No matter, we try to do our best and get everything on the car as soon as we can, which has always been the case.

“We didn’t make it in time for here but Hungary is only two weeks away.

“We have been on a very tight schedule since the factory was able to restart again.”

Leclerc said Ferrari used the “small amount of time we had” since the shutdown ended to go back over its testing data, work out its issues and establish where the problem came from.

He added: “That’s where we are at the moment. We have tried a different route for Budapest, but there was not enough time to bring it here.”

Vettel added that he was not completely resigned to Ferrari being uncompetitive for all of 2020.

“We still have this season ahead of us, given that it’s such a strange season, I think it’s impossible to know exactly what will be expected of us,” he said.

“So I think it would be too soon to write everything off.”

58 mins ago Rallycross No Comments