The return of the Formula 1 sprint race during the Italian Grand Prix weekend led to the familiar criticism that F1 doesn’t need gimmicks.

Yet the fact the race was a relatively straightforward affair is really confirmation of the opposite – or at least, it is if you accept the premise that the show needs to be spiced up. 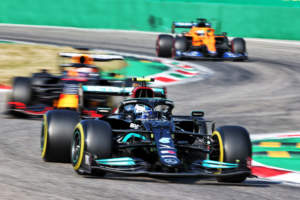 This isn’t an argument in support of the sprint race itself, which was the gimmick being criticised. But many of complaints about the sprint race were that very little happened and it was therefore pointless – which has very little to do with this weekend format.

Setting aside the fact that without the sprint race it’s possible McLaren wouldn’t have won and the clash between Max Verstappen and Lewis Hamilton, which for better or worse will be one of the most memorable moments of the season, would have never happened, what it showed is that without gimmicks things generally are relatively flat.

The top eight that was established on the first lap remained the top eight for the rest of the race, with the only change in the entire top 10 Sergio Perez getting back past Lance Stroll having lost a place at the start. And Perez was in a quick car that started out of position.

But the question is: why expect anything different to happen? Good racing is the product of disorder, of faster car/driver combinations being behind slower ones.

It can also be that of equally matched cars trading places, but the advantage needed to overtake in modern F1 is so large and means this type of battle never happens anymore.

Therefore, the external force that mixes up the order unexpectedly or creates some unnatural variable is what generally creates the conditions for the most memorable races. 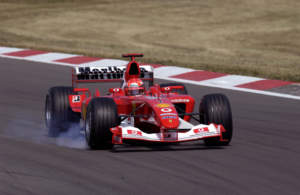 We have a rules set whereby qualifying arranges the cars broadly in grid order. Then they were released to race in the Monza sprint for 28 minutes. Therefore, the cars are roughly in pace order, there are no pitstops to mix things up, there are no grid penalties to shuffle the order and there is no Q2 starting tyre rule. What’s more, overtaking is difficult without a significant performance advantage – so why expect drama?

On a normal grand prix weekend, we would start with the usual Q1/Q2/Q3 qualifying format. While that was formulated to ensure interest throughout the full hour, it also does increase the chance of the grid being disordered if someone underachieves or has a problem in one of the earlier segments.

Then, the often-criticised grid penalties are applied. One of the interesting aspects of the Italian GP was Valtteri Bottas recovering from 19th to be classified third, which is an example of introducing a big piece of localised disorder.

On a normal weekend, the Q2 starting tyre rule tends to create interest in the midfield, with some of those outside the top 10 at an advantage, particularly in high-degradation races. That’s a rule that’s being dropped and has been criticised, but it’s a counterbalance to the order imposed by qualifying.

Likewise the need for pitstops. The need to use two different tyre specs in the race (what is that if not a gimmick?) mandates one pitstop. There have also been suggestions to mandate all three tyre compounds be used to create more disorder. 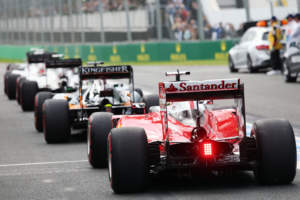 All of these gimmicks have the impact of imposing a little disorder on the order created by lining up in pace order and driving around in cars that it’s very difficult to overtake in.

That doesn’t mean gimmicks are definitely a good thing and that there should be more of them, simply that the assumption that eliminating all of these will create great racing – something Ross Brawn himself seemed to advocate before the first sprint weekend at Silverstone – is flawed.

So that points us to the conclusion that criticism of the sprint race is actually of the fundamental weaknesses of F1, something that the 2022 regulations are trying to address.

F1 without power unit penalties, quirky tyre rules, enforced strategies and the odd qualifying upset generally is relatively flat or limited to dramatic flashpoints like the opening laps – that’s why F1 has gradually fed in these gimmicks over the years.

Teams are so on top of things these days that the natural ebb and flow and the inconsistencies that created disorder in the past are no longer so powerful a factor.

That’s not an argument for more gimmicks, simply a statement that they have an impact that is often underestimated. What’s more, if they are around for long enough, they are often accepted as part of the furniture. 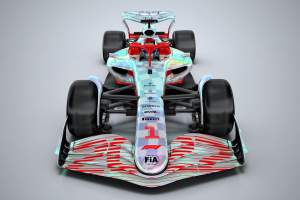 It’s also a reminder that race weekend formats are secondary to the power of the technical regulations in spicing up the F1 show.

F1 sprint races will be dramatic if the cars are more raceable and there’s the necessary disorder to create good racing. If they aren’t, then gimmicks that create the required disorder are the best way to create more storied races – if indeed that is the right objective. F1 getting its financial house in order in terms of the way the teams operate should also contribute to improving this, but that’s going to be a long-term effect.

This neither an argument for nor against such gimmicks, simply a statement of the facts that highlights the sprint is a symptom, not the cause, of the problems.