Pirelli is confident that the more robust Formula 1 rear tyre construction that will be tested during Friday practice for next weekend’s Austrian Grand Prix will be given the green light for use from the British Grand Prix onwards.

Pirelli’s F1 boss Mario Isola explained in detail the reason for the trial of the new-construction tyres, which is necessary because they have never run on grand prix cars before despite not being a dramatic departure from the existing product.

“We believe that the change is going to happen, but obviously we are talking about a construction that we never tested before on track,” said Isola.

What are the new tyres?

Pirelli’s current F1 tyres are an evolution of those first used in 2019, but with teams rejecting the proposed 2020 tyres in favour of carrying 2019’s over, changes needed to be made for this year given the rising speeds of F1 cars.

The construction of the front and rear tyres was changed to be more robust and homologated for 2021 after they were tested by teams during Friday practice in Portugal last year. 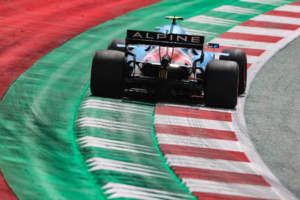 Pirelli continued indoor testing of a further evolution of these tyres based on what it learned in Portugal, but too late for the 2021 homologation deadline.

“The construction was an idea that we had last year when we were developing the 13-inch tyres for 2021,” said Isola.

“We had some other ideas on how to make the rear tyre more robust and we made some prototypes. We usually run several indoor tests to assess the level of integrity of the tyre and the new construction was positive in this regard.

“So, the 2021 construction is a step better than 2020, but the new one [to be trialled next weekend] is another clear step in the direction of a tyre that is more robust than the current one.”

This rear tyre specification, along some ideas that arose during Pirelli’s development programme for the 2022 rubber to run on 18-inch wheelrims, is the one that is being put forward to be used in races from Silverstone onwards.

Why does Pirelli want to introduce the new rear construction?

Despite the increase in the rear tyre pressures and the 18-page technical directive micro-managing the way that teams must handle the rubber following the Azerbaijan Grand Prix tyre failures, Pirelli still lacks the ability to monitor live or ‘running’ tyre pressures on track.

Currently, individual teams can monitor tyre pressures, but that data can’t be used by Pirelli to regulate as teams can use different specifications of sensors. 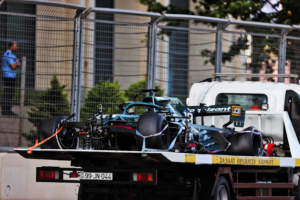 Gary Anderson: How F1’s tyre mess happened and how to fix it
Read more

This will be corrected next year with the introduction of a championship-wide standard sensor, but in the interim Pirelli can only take indirect action.

Isola argues that as Pirelli had a modified construction that is more robust that had already been developed, it’s logical to adopt it for the rest of the season.

“The situation has improved massively compared to a few races ago, but we still have this impossibility to check the running pressure,” said Isola.

“So having this solution in our pocket and not using it is not the right decision. That’s why we want to give all the teams the opportunity to test it.”

Is this only down to the Baku failures?

The idea of introducing the new rear construction was a direct consequence of the failures suffered by Lance Stroll and Max Verstappen in the Azerbaijan Grand Prix.

“What happened in Baku was evidence that we had some parameters that were not completely under control,” said Isola. “That is why we had the TD and the other action was to consider the possibility to evaluate a different, more robust construction.

“We looked back to what we did last year and there was the idea to try this new construction because indoor testing showed it was an improvement and should give us more margin.”

How different are the characteristics?

The new rear tyres are not significantly heavier, with Isola saying that it is “more or less the same, a few grammes [more]” when asked by The Race about the weight.

Although F1 drivers have a habit of criticising the impact of changes to the tyres whenever they are trialled, Isola believes the performance characteristics will be unchanged.

“I’m not expecting different driveability, but obviously it is a different construction in terms of the geometry and design of the tyre,” said Isola.

“We are not going to change the external profile, otherwise this affects the design of the floor and the downforce on the rear of the car, but it is more robust.

“I’m not expecting a big shift in balance, but we need to test it on track to confirm.”

What do the teams think?

The decision to test the tyres next weekend with a view to racing them from Silverstone was presented to the team principals in a meeting with Pirelli and the FIA on Friday at the Red Bull Ring – although it had been in discussion before that.

Isola described the reaction of the team principals as “neutral” but with “no objections” given there is broad support for the introduction of tyres with a more robust rear construction.

Data will be released to the teams outlining the characteristics in two batches, the first expected before the end of the Styrian Grand Prix weekend and the rest early in the following week.

What happens if there’s a problem?

Pirelli has already manufactured the original-specification tyres for Silverstone and has started to also produce them to the new specification in anticipation of them being used for the grand prix weekend.

This means if there is any delay to the test because, for example, there is rain during Friday practice next weekend, or the new construction is rejected, Pirelli can continue with the old specification at Silverstone.

Isola also stressed that “it is not possible to introduce a tyre without any testing”, meaning that the potential introduction could be delayed to the Hungarian GP with a test at Silverstone. However, he did not rule out the possibility of attempting to test the tyre in FP3 in Austria if rain does hit Friday practice next weekend.

There is also the added complication that Silverstone is the first weekend of the sprint format, meaning there is only one free practice session on Friday ahead of the evening qualifying session.

Could the tyre pressures be lowered as a result?

Yes. The modified rear construction is designed to work at a lower pressure, meaning Pirelli expects next Friday’s trial to run with lower pressures than those stipulated for the regular tyres.

However, this has yet to be finalised.

41 mins ago Uncategorized No Comments