Formula 1’s 2026 cars are set to be lighter and “quite a lot shorter”, according to the FIA’s head of single-seater technical matters Nikolas Tombazis, with the size reduction creating the opportunity to reduce the mass.

The FIA laid out its key objectives for the 2026 chassis regulations, which will be introduced alongside the next-generation power units, in April. Among these targets are intentions to “reduce car dimensions” and “reduce or contain car mass”.

But despite concerns that reversing the prevailing trend for larger, heavier cars that has characterised the evolution of F1 machinery in recent times would prove difficult, if not impossible, Tombazis is certain that progress will be made.

Speaking in an interview recorded for an upcoming episode of The Race F1 Tech Podcast, which will be released on Wednesday, Tombazis said that it will be possible to deliver on these objectives. This is primarily because a reduction in car dimensions could create a weight-saving opportunity of as much as 35kg.

“It is realistic to make them a bit lighter,” Tombazis told The Race. “Not a massive amount; we have to consider that the difference in weight since 2000, say 20 years ago or so, is about 200kg, which is a massive number.

“And out of those 200kg, about 100 comes from the power unit, so from the electrical parts, batteries, turbos and so on. That is a big weight increase. 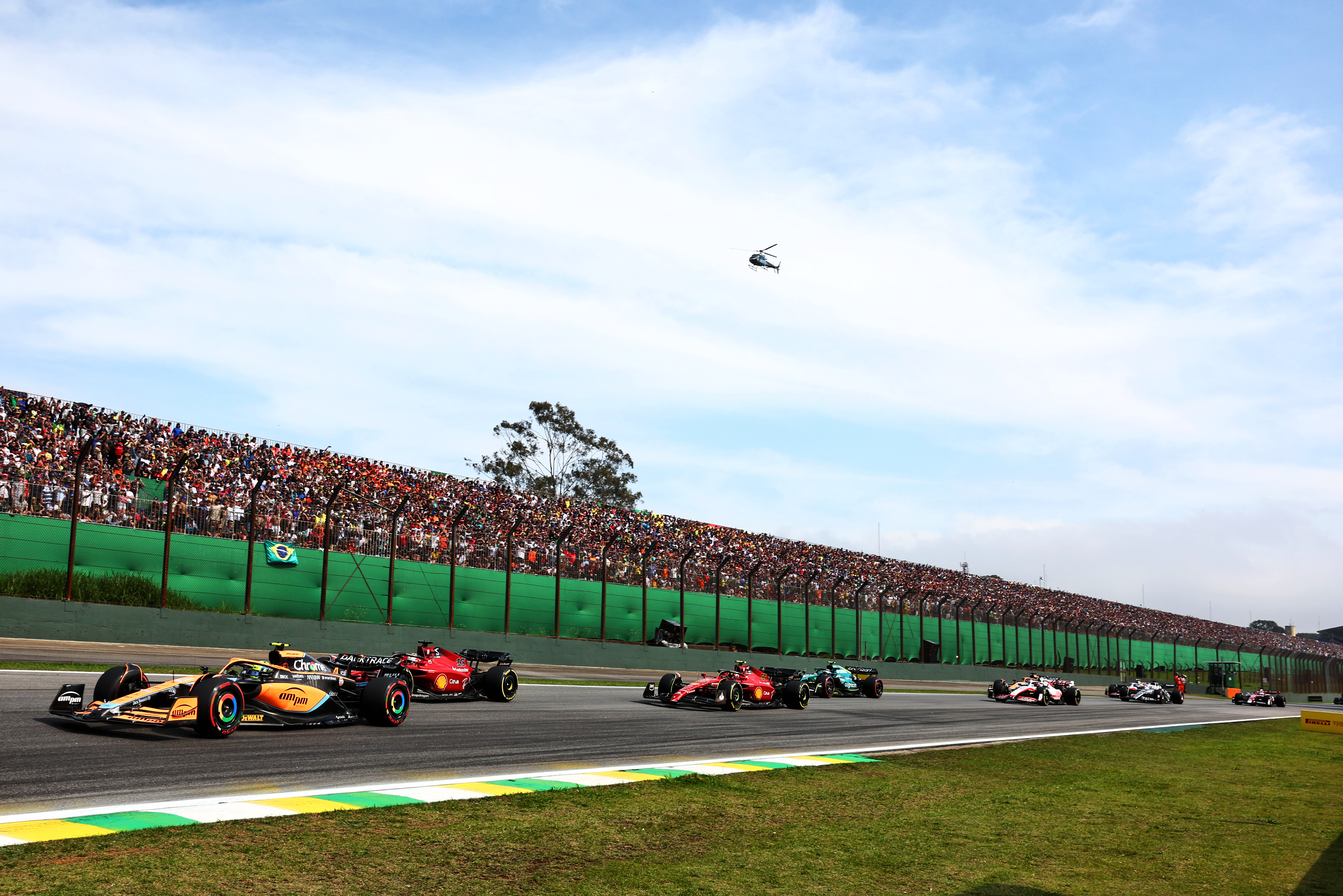 “But it it is necessary to keep Formula 1 relevant to the directions of society. While a petrolhead would like a V10 and end of story, we know we have to go in the direction we’ve gone. So that counts for about half of the weight increase.

“About 50kg-odd are for safety. So halos, much stronger chassis, bigger protections and so on and so forth. So again, nobody would want to compromise that.

“Then there’s where the opportunity is, and there’s about 15-20kg because of more complex systems on the cars and there’s about 30-35kg on car dimensions. So cars being much longer and wider, bigger tyres and so on.

“And we believe in the car dimensions there lies an opportunity. We would want 2026 cars to be quite a lot shorter and probably maybe a bit narrower as well and all of that is going to contain the weight increase.

“On the other side, there is a battery increase because we are going more electrical which is adding a bit of weight. So the net effect I hope is going to be a bit lighter, but not a massive amount.”

The weight of F1 cars has risen dramatically in recent years. In 2009, for the final year of in-race refuelling, the minimum weight was 605kg, which was only an increase of 5kg compared to the start of the century. That rose to 642kg by 2013 (pictured below), the last year before F1’s change to 1.6-litre V6 turbo hybrid engines. 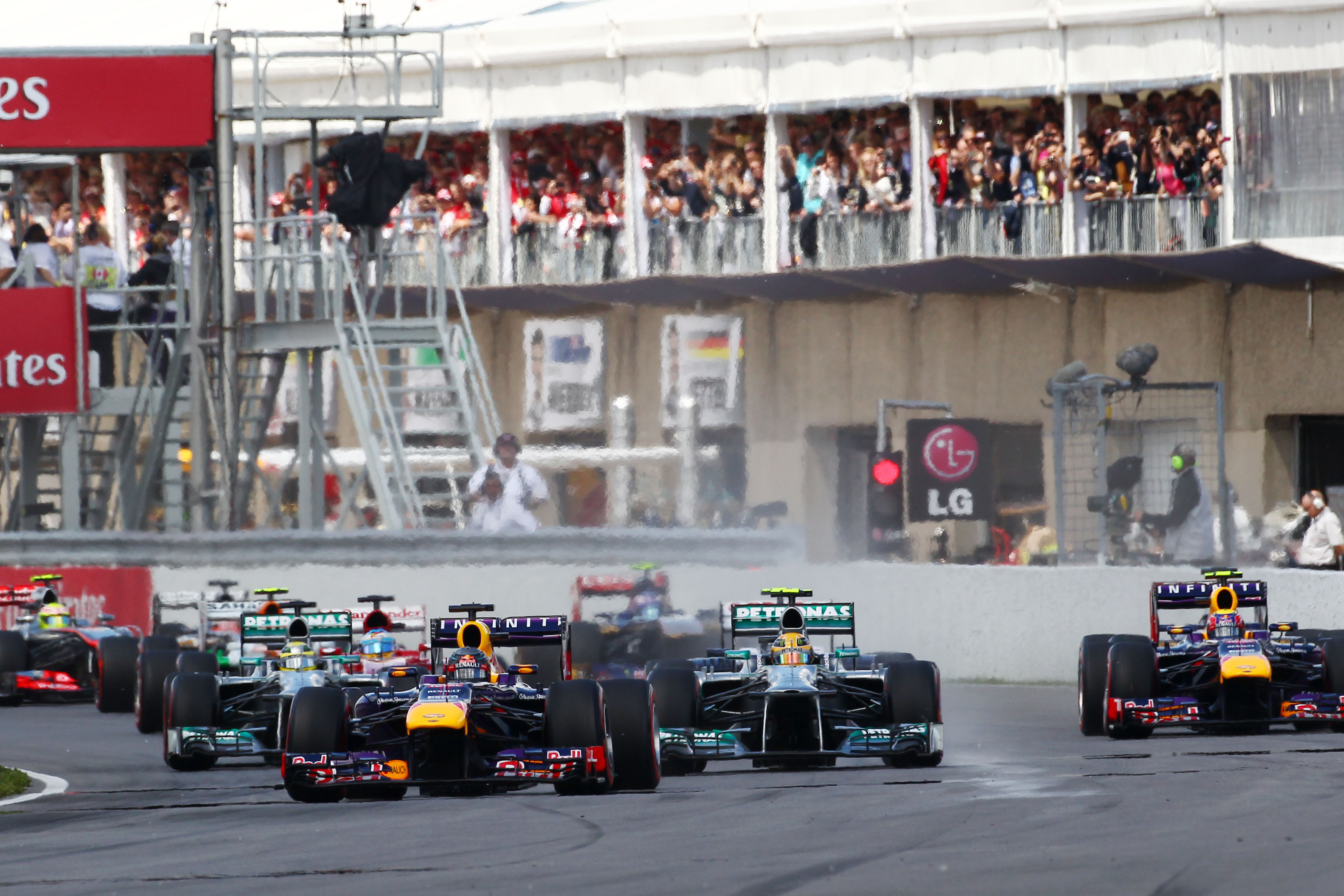 Currently, F1 cars are a maximum width of 2000mm. This was increased from 1800m in 2017, with the previous width regulation in place from 1998-2016. Their length has also grown, with cars well under five metres long 20 years ago but now well over that – although this year’s regulations stipulate a maximum wheelbase of 3600mm.

The increase in weight means that cars have become progressively ‘lazier’ in handling behaviour over the years. While many celebrate the V10 era for the sound of the engine, the big visual difference is actually in the sharpness of the cars and the rate at which they load up on turn in. Today’s cars are not easier to drive, but they do look less spectacular as a result.

This has led to increasingly vocal criticisms from drivers, who as a body through the Grand Prix Drivers’ Association have a policy of raising concerns about the weight of cars as a means at least to prevent further increases.

As Tombazis said, there are reasons for the increase in size and weight and F1 cars won’t be going back to the days when they were 600kg or less. But if the hope to reduce the dimensions of the cars works, then the 30-35kg Tombazis talks about could at least roll back some of the creeping gains of the past 15 years.