F1 recently trialled a new race weekend format at the British Grand Prix, where the normal qualifying session was held on Friday evening and set the grid for a shorter Saturday race.

The result of that race, dubbed the F1 Sprint, determined the grid for Sunday’s grand prix.

Domenicali said in a call to mark F1 owner Liberty Media’s second-quarter earnings that the response to the sprint race was “dramatically positive”.

“We will continue to discuss any lessons learned from the format with the teams, but the fundamentals are strong,” he said. “We believe this can be expanded in 2022.” 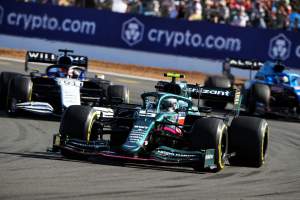 He indicated an expanded roster of races utilising the sprint format in 2022 is now likely, something that F1 managing director of motorsport Ross Brawn had previously hinted could happen.

Domenicali said F1 will wait until all three sprint races have taken place before having a “full debrief” that establishes “the next step” but has hinted F1 will tweak the sprint race format for 2022 and that classic races will be chosen to benefit from a “special format” – although it was unclear if he meant the sprint format or if F1 could trial further new ideas.

“After the first sprint event at Silverstone, the response that we have from the drivers, from the teams, the media, has been really positive, and also for the promoter,” said Domenicali.

“The outcome of the first event has been dramatically positive. It’s great because that brought attention, interest on TV, and also partners. We have already seen the financial interest be positive.

“We have a plan for the future of course. We are developing that, we are fine-tuning some of the comments that we received. 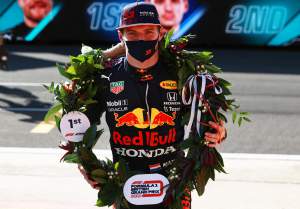 “If we move, as we should I believe, in that direction in the future for sure it will be not at every race.

“We have ideas to create a special format for certain historical grands prix, and certain special awards that we want to offer, and add to the already incredible platform.”

Domenicali said that the inaugural partner of the F1 Sprint races, Crypto.com, will present “a brand new award” that will be announced ahead of the Belgian Grand Prix.

The other two grands prix using the sprint format this season are the Italian Grand Prix and, according to Domenicali, the Brazilian Grand Prix.

However, the race at Interlagos may not go ahead because of the COVID-19 pandemic.

F1’s second-quarter financial results continued the championship’s recovery from such a damaging 2020 amid the pandemic.

Seven races were held in Q2, the same as in the same period in 2019 – and the numbers compared relatively well.

Despite reduced attendances and limitations on revenue-generating initiatives like the Paddock Club hospitality, F1 reported $501m in revenue compared to $620m two years ago.

This season fan capacity only began increasing in the third quarter, including a full crowd at the British GP, and the Paddock Club hospitality resumed operations at the Austrian Grand Prix.