Formula 1, its teams and its governing body FIA have agreed in principle to delay the introduction of the planned technical rules overhaul to 2022 to combat the financial loss of a reduced calendar this season.

The first seven rounds of the season have all been cancelled or postponed thanks to the COVID-19 outbreak.

Organisers will attempt to reschedule as many races as possible but are braced for a reduced schedule instead of what should have been a record 22-race calendar. 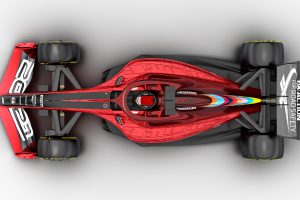 That will be a blow to F1’s overall income, from which teams take an even share and get their prize money.

With no end to the disruption in sight and the threat to teams’ businesses, discussions have taken place this week to establish which action to take.

A second conference call between the teams, F1 and the FIA on Thursday – after an initial discussion Wednesday – resulted in an agreement for the major new technical rules to be pushed back to 2022. However, the detail of how this will be done still needs to be finalised.

One suggestion is that teams will be able to carry over core components such as the chassis and gearbox but be free to develop aerodynamic parts between 2020 and 2021.

The potential freezing of other components will be discussed “in due course”, the FIA said in a statement confirming that agreement was reached over postponing the new technical regulations.

The finer details will now be negotiated before the idea is put to the World Motor Sport Council and formally approved.

Radically-different cars were originally slated for 2021, alongside new sporting and financial rules.

The $175m cost cap will still expected to be introduced next year. That means it will be enforced while the teams are developing their cars, instead of having a free pass before the budget cap comes in as would have otherwise been the case. Discussions are also ongoing regarding further ways to make “significant cost savings”.

But the money that could be spent developing the car this year – as design will already have been well under way – will be partially offset by a reduction in income from the lost races of 2020.

F1 CEO Chase Carey said in a follow-up statement that it had been agreed that F1 and the FIA will have greater power to control rejigging the calendar by consulting with teams but putting together a schedule that “will not require their approval”.

“This will give us the necessary flexibility to agree revised timings with affected race promoters and to be ready to start racing at the right moment,” said Carey.

He added: “We are all very grateful for the collaborative nature of the discussions and fully united approach from all parties to get racing in 2020 as soon as the current global situation subsides.

“Formula 1 remains fully committed to launching a 2020 season as soon as possible.”