F1 shelves Concorde talks, could race without it in 2021

Talks regarding a new Formula 1 Concorde Agreement are “on the back burner” and may not be completed in time for 2021, F1 CEO Chase Carey has acknowledged.

The Concorde Agreement is the covenant between the teams, the FIA and Liberty Media, which commits the teams to the F1 championship and the financial terms under which they participate.

The current agreement, in place since 2013, expires at the end of this year. It was expected that what would be the eighth Concorde Agreement in the sport’s history would take effect from next season, but the potentially catastrophic impact of the coronavirus has changed Liberty’s priorities as it concentrates on keeping the sport financially viable.

It is now possible that the 2021 season will be run with no formal Concorde Agreement in place – as happened in 2008-09 and for the first part of the 2013 season.

“We had been in the final stages of completing the Concorde Agreement when the coronavirus crisis turned everything on its head,” explained Carey. “We decided to put the Concorde on the back burner for the short term and prioritise addressing issues related to 2020 first. 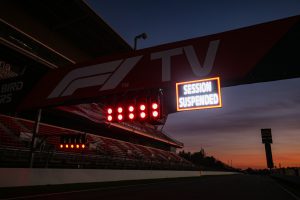 “As we move forward with a 2020 calendar and finalise regulatory changes with teams we will once again return to completing the Concorde Agreement in the immediate future.”

The Concorde Agreement dictates the terms of the sport’s revenue splits – both between the commercial rights holder (Liberty) and the teams en masse and also the individual splits of each team. It also commits each team to run in the championship for the duration of the agreement.

There are two fundamental reasons for the delay. The first is that emergency measures to keep the sport afloat as races have been cancelled or postponed – which have included an internal reallocation of assets that has given F1 an extra $1 billion of liquidity – have pushed the final Concorde Agreement negotiations well down the priority list.

Secondly, part of the response to the coronavirus crisis has been the attempt at lowering the new-for-’21 budget cap below the originally-agreed $175 million. With a bigger-than-anticipated cost reduction for the top teams likely, and a likely (but unknown) reduction in income for everyone, the whole basis on which the financial agreements were previously being negotiated has changed.

The delay of the new technical regulations by a year to 2022 is also expected to impact heavily on the previous financial conditions.

Asked what happens if a new agreement cannot be negotiated in time for the start of the ‘21 season, Carey replied: “We can unilaterally just say, ‘these are the rules of rules of the road’, or ‘this is the structure that exists’… We can essentially implement and say, ‘If you’re racing, that’s the terms’.”

Such temporary commercial agreements have been made before when Concorde negotiations have proved intractable.

However, the lack of a Concorde Agreement – which typically runs for between five and eight years – would mean that teams will not be contractually committed to F1 for as long.

Any manufacturer teams wavering about their commitment to the sport would no longer be forced to make an immediate decision about staying in or pulling out and could defer that decision until after any temporary agreement – which could be a blessing or a problem for F1, depending upon what those decisions are.

“The long-term contractual nature of Formula 1 helps provide long-term stability at a time of uncertainty,” Carey added, accentuating Liberty’s desire to have new Concorde in place as soon as possible.

More F1 news
Thank you for your feedback!