Formula 1 has outlined a compact schedule of races for a 2020 season that will begin with a run of spectator-free grands prix in Europe, starting in Austria.

Races without fans at the Red Bull Ring and Silverstone at the start of July had been considered F1’s best chances of getting the season going, subject to government approval and restrictions being reduced.

F1 has now formally named the July 5 Austrian Grand Prix, on its originally scheduled date, as the target to start the season.

It is believed that races on consecutive weekends at the Red Bull Ring would then lead into the same format at Silverstone.

That has not been specifically outlined by F1, but the championship is maintaining its original goal of 15 to 18 races.

F1 hopes to race in Europe through July, August and the beginning of September, making use of the removal of the summer break to reschedule races there.

The Dutch and Spanish GPs require rescheduling, but Monaco and France have been cancelled. 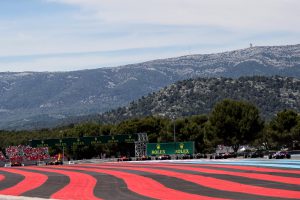 Plans for the races in Hungary (August 2), Belgium (August 30) and Italy (September 6) had not originally been affected, but Belgium’s date falls within a ban on major events, so they could be shuffled around.

Once the European leg is complete, F1 plans to race in Eurasia and Asia across September and October, then Asia and the Americas across October and November.

The season would then end with a December back-to-back comprising the rescheduled Bahrain GP and traditional season-ending race in Abu Dhabi.

This plan appears to negate the prospect of the season running into 2021, as had been discussed. 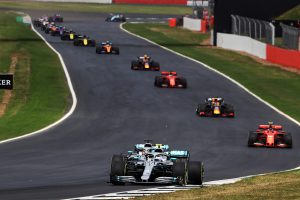 F1 CEO Chase Carey says the championship is now “increasingly confident” with its progress and that a finalised calendar will be published as soon as possible.

“We expect the early races to be without fans but hope fans will be part of our events as we move further into the schedule,” he said.

“We still have to work out many issues like the procedures for the teams and our other partners to enter and operate in each country.

“The health and safety of all involved will continue to be priority one and we will only go forward if we are confident we have reliable procedures to address both risks and possible issues.”