The Formula 1 curfew has been waived at the Brazilian Grand Prix to allow personnel to remain in the Interlagos circuit overnight to build up their cars after the late arrival of air freight from Mexico City.

Fog that descended on Mexico City Airport early on Tuesday morning delayed the operations of F1’s air-freight planes, with some late leaving Mexico City and others facing an even bigger delay given they were on their way to Mexico but diverted as they could not land.

This was the start of a series of delays that impacted the flights to varying degrees.

The latest two planes only landed in Sao Paulo this morning, meaning the majority of teams had to delay building up their cars. Some even lacked the required tools to have built the cars up even if they had them. Title rivals Mercedes and Red Bull are among the teams affected. 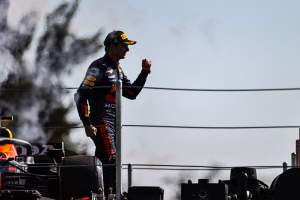 The build process can last as long as 12 hours even when compressed, meaning that teams would have to work beyond the normal cutoff for the curfew in order to be ready for the start of FP1 at 12:30pm local time on Friday.

F1’s sporting regulations impose a curfew that prevents operational personnel being within the confines of the circuit for a nine-hour period, which would usually start 12 hours before the scheduled start of FP1. Today, that would mean leaving the circuit by 00:30 and not entering until 09:30 tomorrow.

Haas is among the teams affected, but team principal Guenther Steiner is confident that there will be adequate time to get ready for tomorrow, albeit with personnel having to work into the night.

“It’s in Brazil now, it’s landed, but I don’t think it’s all at the track yet – that’s what I was told 45 minutes ago,” said Steiner of the freight shortly after midday local time today. 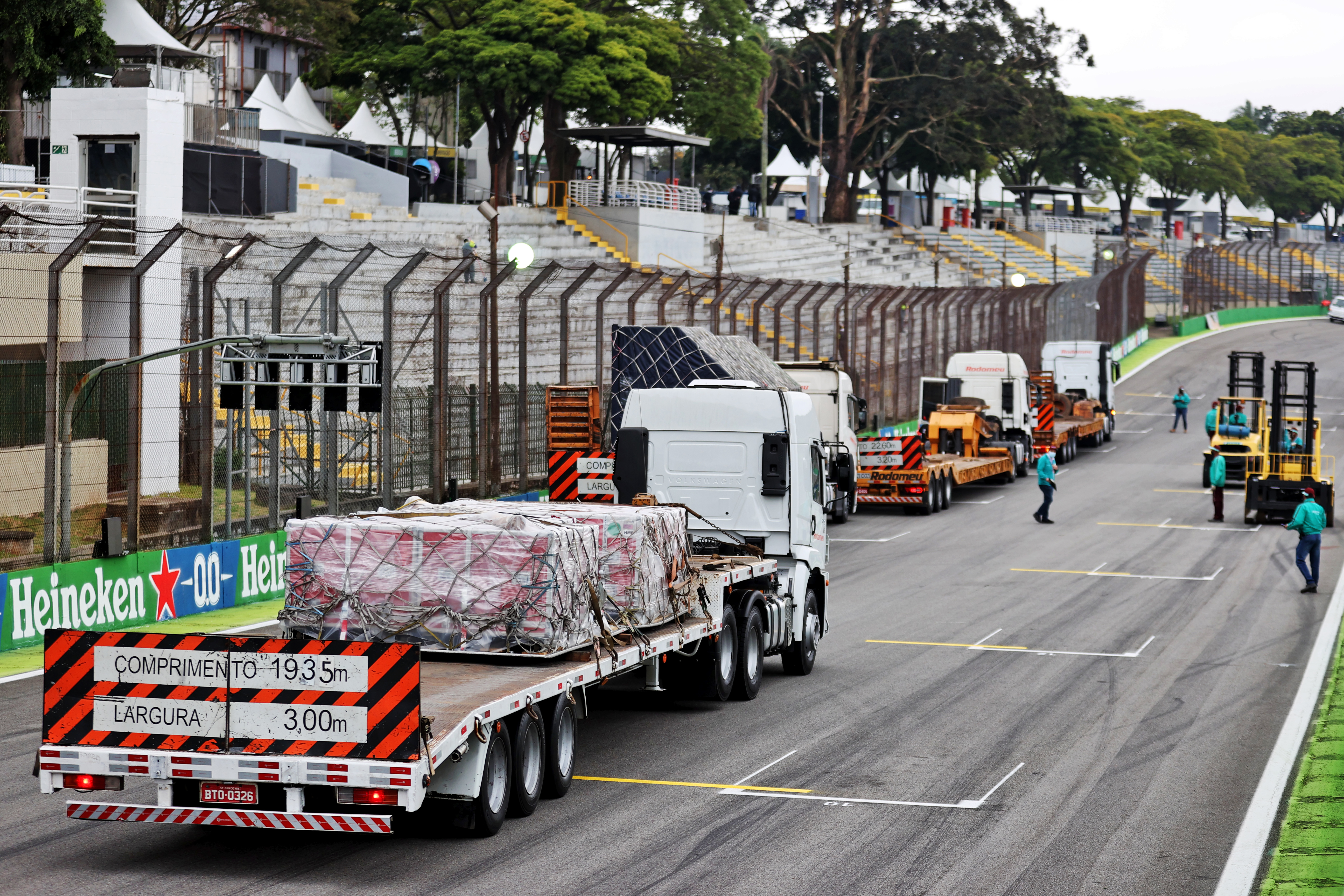 “I think the guys just have to work through the night, that’s the only thing you can do.

“I don’t know if they need to work [all the way] through the night, but it will be a late night and the regulations have been changed as of this morning with the curfew and scrutineering times all adjusted. So we can still do the event as planned and not change the timetable of the event.

“Everything is here now in Brazil so it’s just a question of being a few hours away from the racetrack.”

Had the freight been further delayed, there was the possibility that the timetable for the Brazilian Grand Prix weekend would be impacted but this is no longer necessary. 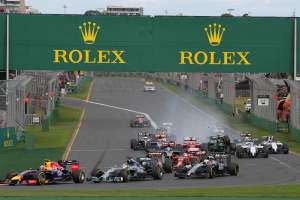 Different teams have been impacted in different ways, but the freight problem has only affected the arrival of the cars, engines and associated parts given that the peripheral equipment related to the garage and hospitality set-up is sent by sea freight.

“You have got sea freight, that is the garage building and hospitality and each team has between five and six sets that come in containers,” said Steiner of what wasn’t impacted. “So we could set up the garage and the hospitality building.

“We were also lucky that our IT equipment came with a plane [that wasn’t so late] so we could set that all up. What is missing – I don’t know exactly which car parts – but the engines and the toolboxes. So we still cannot work on the cars, even if some of the parts may be there, because we do not have the tools.”