Australian GP to be postponed due to coronavirus

On Thursday evening in Melbourne, McLaren announced it would not take part in Sunday’s race after a member of its team tested positive for Covid-19. 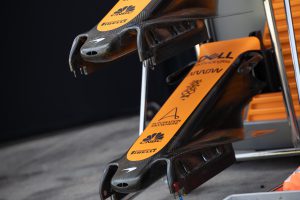 F1 and Australian GP organisers had attempted to persevere with the race in the hope that the impact would not be significant amid the coronavirus pandemic.

However, after hours of uncertainty following McLaren’s withdrawal and an emergency meeting between the teams, multiple sources have indicated to The Race that the race will not go ahead.

An official comment from F1 and the FIA has still not been issued beyond their initial comments in response to McLaren’s withdrawal.

On Friday morning track activities were said to be going ahead as planned but some teams were uneasy about the prospect of heading to the circuit.

There remains a lack of any official communication from F1, the FIA and promoter.

It casts a question mark over when the F1 season will begin, with McLaren’s participation in next week’s Bahrain Grand Prix, the home race for its co-owner, now in doubt.

The Bahrain race was already due to take place behind closed doors because of its own coronavirus precaution measures.

Serious travel restrictions have been put in place but it is now unclear how long team members and other F1 personnel may have to remain in isolation following the test result in Melbourne.

F1 has made it clear that if any team cannot travel to a country because of coronavirus restrictions, a world championship grand prix would not be held.

With Vietnam’s inaugural F1 race also under threat of cancellation given its own escalating restrictions and proximity to China, where the virus started, it is possible the season may not begin until the Dutch Grand Prix in May.

China’s own F1 race, which should have been the third round of the season in mid-April, has already been suspended.

There are major doubts over how any suspended races will be slotted back into the schedule at a later date.

One solution may be to cancel F1’s summer break but that only opens a three-weekend window in between European races.

Teams are reluctant to extend the end of the season or add flyaway races in countries with undesirable conditions at that time of year.