Exactly how McLaren’s outdated F1 facilities hold it back

McLaren’s not made any secret of the fact it’s currently at a facilities disadvantage to many of its Formula 1 rivals.

F1’s measures to improve teams’ financial situations plus the £185million deal with a consortium of US investors at the end of 2020 have allowed McLaren to commit to major facilities upgrades.

But the timescale for the sim and tunnel projects is such that they won’t have any impact on McLaren’s F1 designs until the 2024 car.

And when you hear the team’s technical director James Key talking about the precise ways in which the windtunnel and simulator deficits restrict McLaren’s design work, it really is no surprise that the team has made a relatively underwhelming start to F1’s new rules era.

“In terms of the facilities, the difference they will make, it’ll make quite a big difference to us because we’re working in probably the oldest simulator in the pitlane,” Key told The Race.

“It’s the original, albeit updated, and it’s fantastic considering how well it’s served the team for 20 years or whatever it is, but it’s definitely generation zero.

“And the windtunnel, although it’s been brilliant support from Toyota, it’s well out of date compared to the state of the art as well.

“So when both of those come online, and they’re almost at a testing phase now so we’re really beginning to see these projects coming together, the windtunnel will allow us to do things we can’t do at all at the moment and that will give us a huge amount more information.” 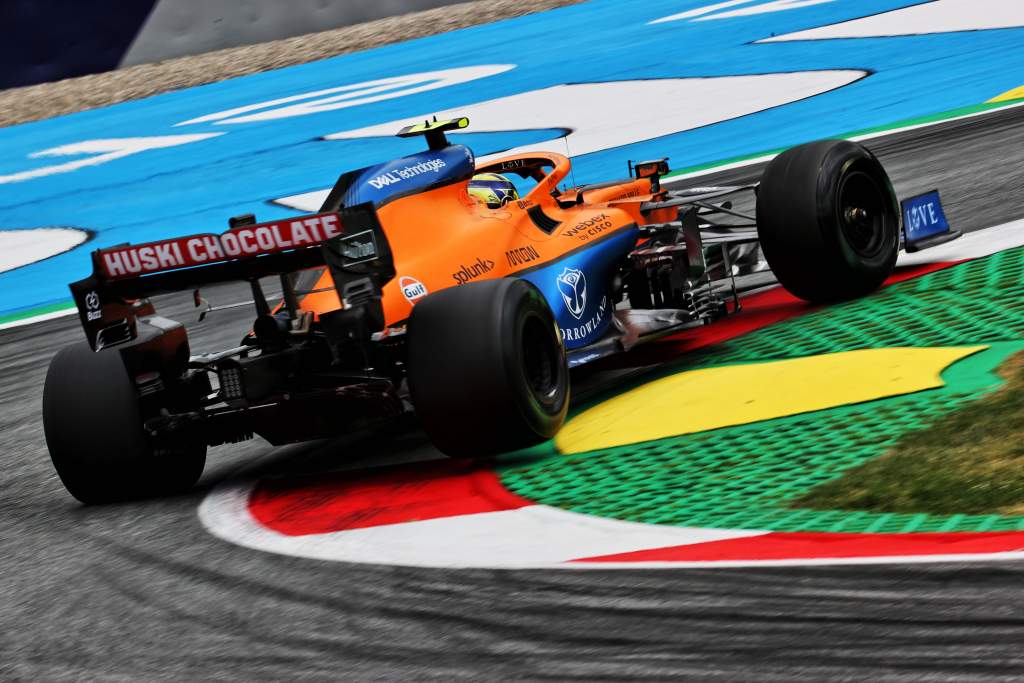 Slow-speed corner performance was a particular weakness for McLaren across 2020 and ’21, and was an issue that the team’s current facilities were really inadequate for tackling.

“Some of the issues last year for example, or the year before that which are very similar, whilst you can replicate them in CFD, CFD has its pros and cons with looking at transient things,” Key explained.

“Windtunnel is actually slightly better than CFD for that.

“We couldn’t replicate it in the current tunnel we’re using. So we knew that we were totally hopelessly out of bed with replicating a low-speed corner. 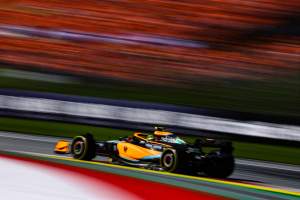 “We compensated as best we could. But we knew that from a tunnel perspective, it was pretty inaccurate compared to what all other tunnels can do.

“This new tunnel will allow us to go to a much more representative condition.”

Key feels it’s hard for both fans and media to truly appreciate how much difference disparities around design technologies such as simulators and windtunnels can make because there are so much secrecy around teams’ facilities.

“In all honesty, I find it tremendously frustrating and a great shame but entirely understandable that the engineering side of Formula 1 can’t be more public,” he said.

“Because it’s just as interesting as what we’re seeing here [at the track].

“You never see a real driver-in-loop simulator on TV, all you see is a bloke with three screens and a static chassis, it’s a kid’s toy. 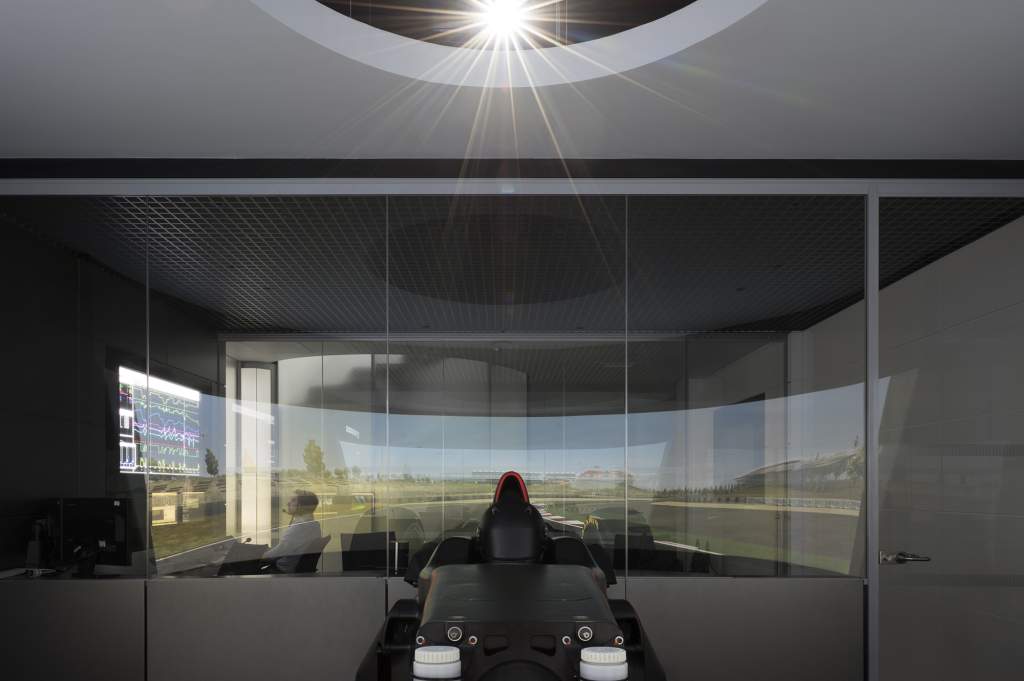 “If you see a real driver-in-loop sim, it’ll blow your mind. They are absolutely incredible – the amount of movement, and it’s a massive thing as well.

“And we never get to show them publicly because they’re all IP, very confidential, of course major tools.

“And it’s the same as windtunnels, people see these as old dinosaurs, the word windtunnel is a little bit kind of antiquated and simple.

“But it’s a laboratory which has strobing lasers in it, which has robotic arms putting probes in all different sorts of places, which has a very, very dynamic car, which has tyre pressures which change and squash, and has active suspension, can go around a corner to a certain level to give you effectively live continuous motion data based on a car going around a corner, and are immensely complicated things.

“And again, you never really get to see that. But it’s not a tunnel with a bloke blowing a bit of smoke. It’s really complex stuff, which is a high-tech laboratory environment. I can’t explain the details of that.

“But if you ever got to see one, you’d be like ‘Now I understand why!’.

“The accuracy, the data collections, I mean, you could go on forever with the array of ways you can collect data.

“And if your windtunnel runs come down [unless the new aero testing restrictions], the accuracy and the amount of information you can gather for a single run becomes increasingly important. 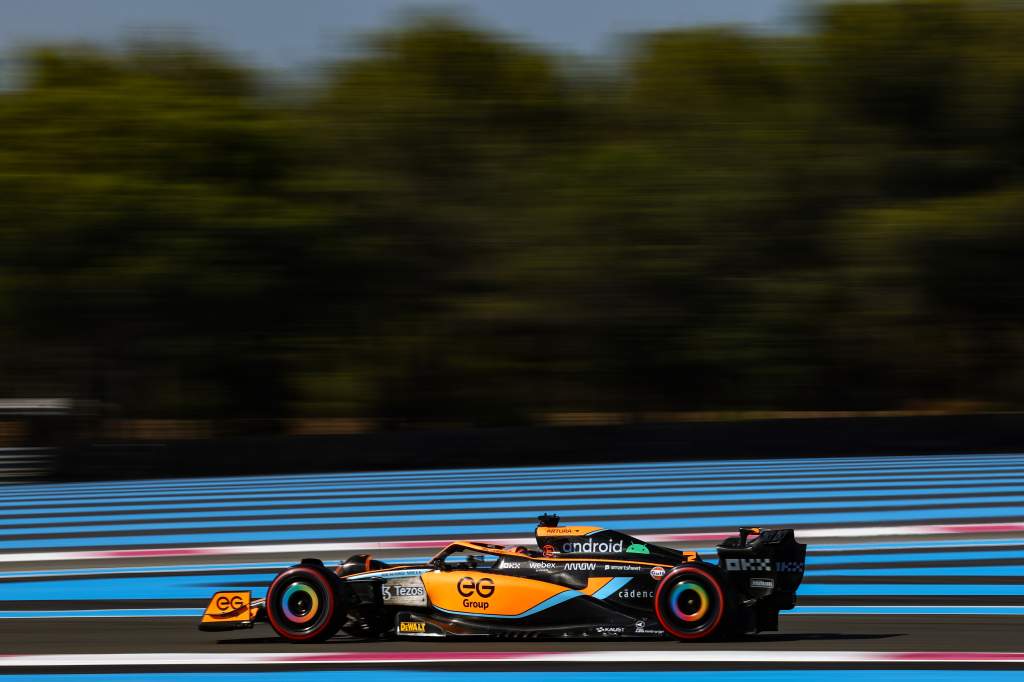 Despite his certainty that McLaren’s facilities disadvantages are hurting it, he thinks those two problems were actually just a consequence of misjudgements around the 2022 rules.

“I think that’s more just experiencing reference points. Thinking, ‘OK, I wasn’t expecting that to be a problem. So let’s go and work out what we missed with that’,” he said.

“Everything will have that – porpoising was an awkward thing for everyone. So every team has it and it’s not unique to us.

“But in our case, the high track temperatures thing we could have just done a better job and thought more about it and set more ambitious targets. So that’s not, with hindsight, difficult to understand, it’s just ‘fair point, let’s go and address that’.

“The straightline speed thing was a surprise because there are methods of predicting where you should be but of course, it’s always relative. And with such fresh regulations and the biofuel content in the engine, all sorts of things, to actually predict that is incredibly difficult.