Everything you need to know about Magnussen's new home - The Race
Skip to content
Formula 1, Prototype Series

Everything you need to know about Magnussen’s new home

But what tracks will he be racing at in 2021? What are the rules? Who is the opposition?

The IMSA championship is trending upwards in the motorsport world for a number of reasons and adding another F1 driver can only help that.

To answer the above questions, here are the basics you need to know about Magnussen’s latest challenge. 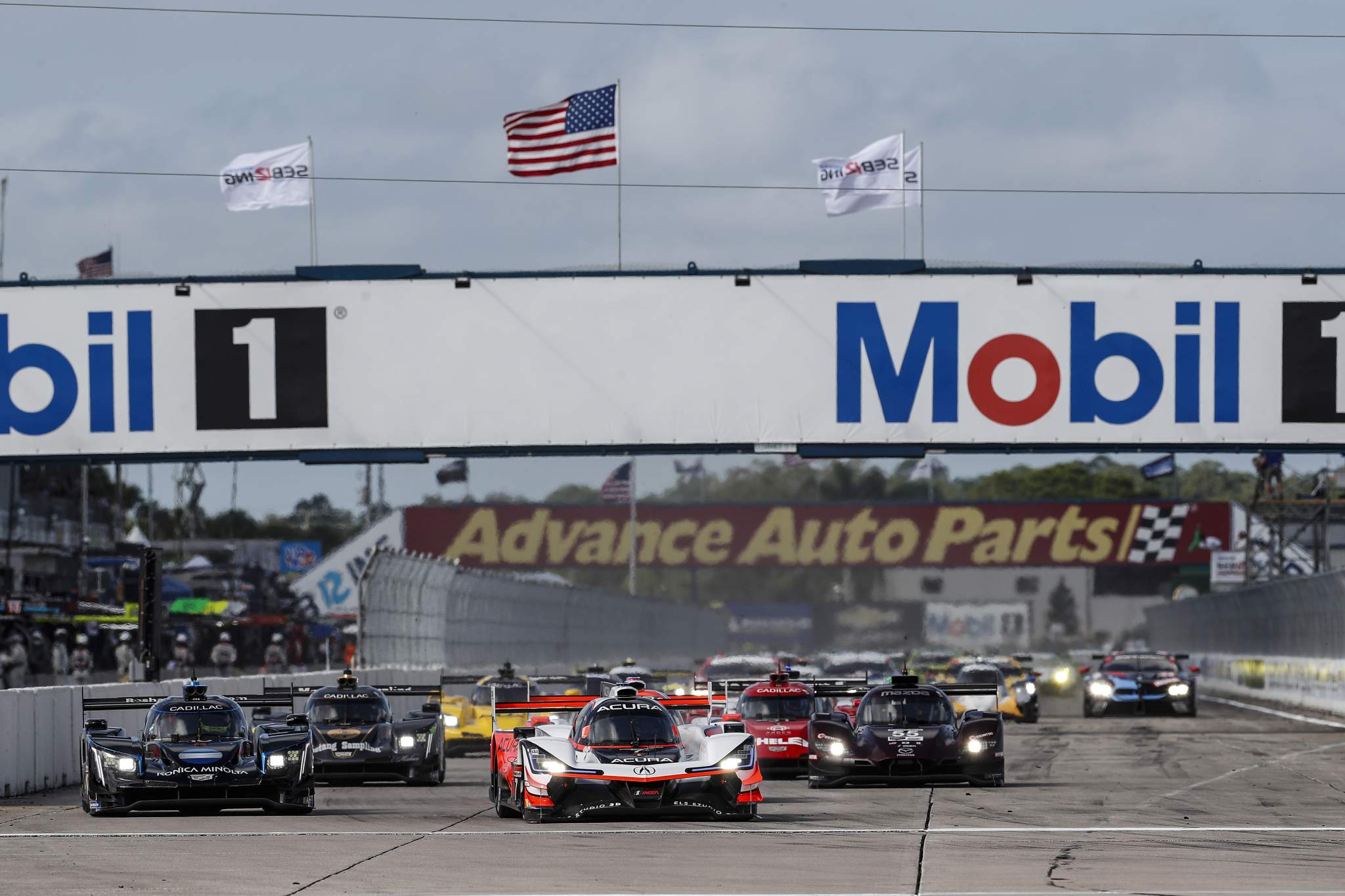 There’s been a lot of upheaval over the off-season ahead of the 2021 IMSA campaign, in a good way. One of the changes is the addition of Chip Ganassi Racing – perhaps better known for its IndyCar and NASCAR exploits but still a very successful sportscar team in the past.

Most recently, Ganassi ran the Ford GT programme until that was mothballed at the end of 2019, and the team elected to focus on adding a third IndyCar which was driven by another F1 convert, Marcus Ericsson.

However, Ganassi has decided it wants a piece of the IMSA action again, and has joined with a Cadillac prototype for a shot at IMSA’s equivalent of LMP1, which it calls Daytona Prototype International (DPi). More on that later.

The IMSA top-class cars Magnussen will compete in are based on LMP2 chassis used in other series like the World Endurance Championship and the European Le Mans Series. Manufacturers are able to use a turbo or naturally-aspirated engine and, depending on balance of performance, each car has a minimum weight. Top speed is around 200mph.

The current homologation cycle was due to end in 2020 but has been extended by one year. Excitement is high ahead of 2022, where the WEC and IMSA will have the same LMDh regulations, meaning American teams should be able to compete for victory at Le Mans on a level playing field.

To give you an idea of the speed of the cars, the last time the two series competed on the same weekend and track was at Sebring in March 2019. The WEC LMP1 car’s pole time was just over five seconds quicker than the IMSA pole machine, but the WEC LMP2 category which IMSA is based on was two seconds slower. 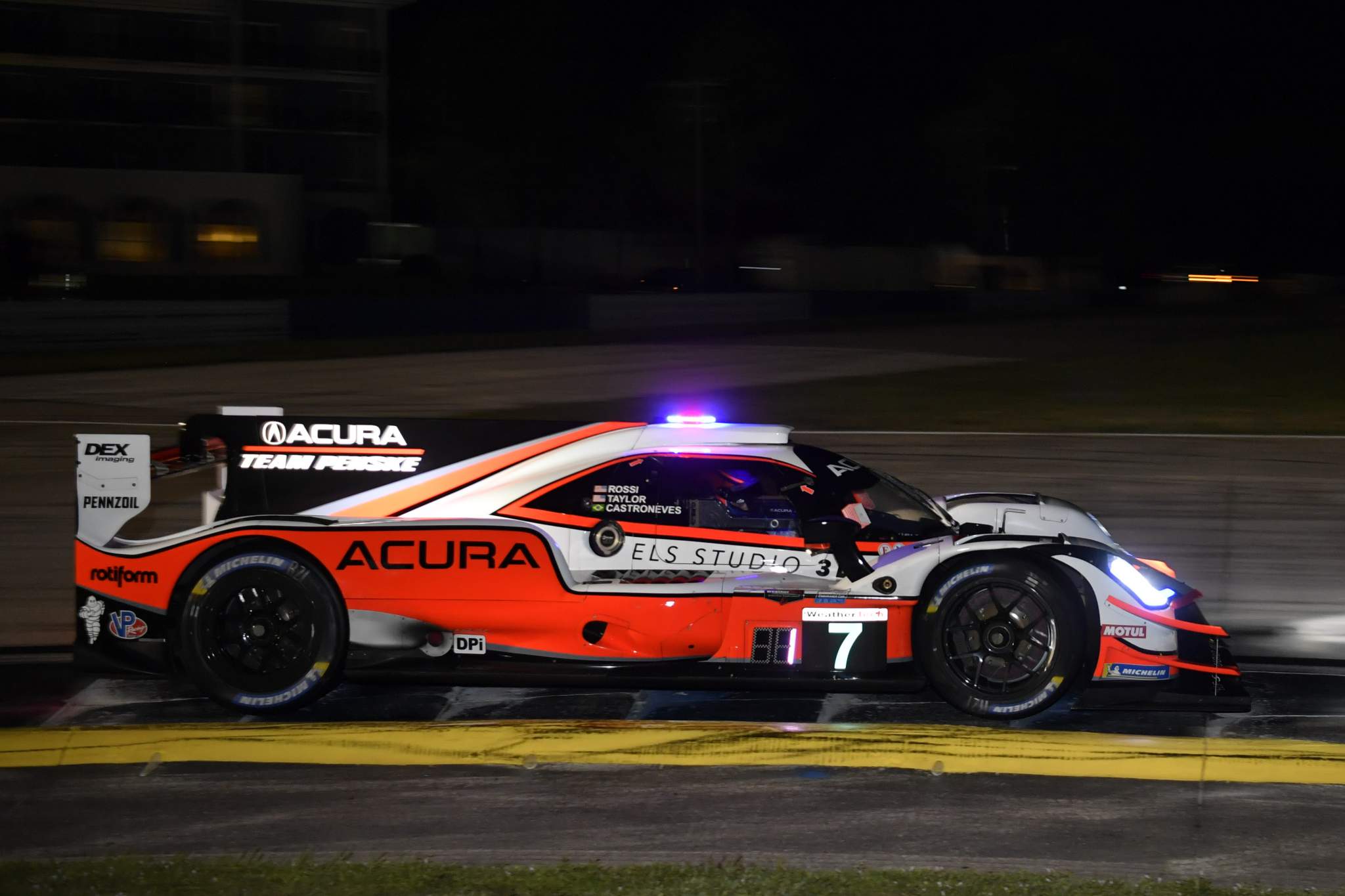 Both drivers headed up separate Penske entries, but the Goliath team has pulled out for 2021 with the factory Acura backing Penske held exclusively now split between Wayne Taylor Racing and Meyer Shank Racing.

Given Acura has won the last two IMSA championships, let’s start with it. Castroneves has joined Wayne Taylor Racing but only for Daytona. His co-driver and co-champion in 2020, Ricky Taylor, and Filipe Albuquerque run the full season. Both are talented and experienced, but avoiding competing against the reigning champion Castroneves for the full season has to be a big plus for Magnussen.

We have finalized our 2021 @IMSA lineup and we're are excited to welcome @jpmontoya as our Michelin Endurance Cup driver in the No. 60 Acura ARX-05!

The other Acura team – Meyer Shank Racing – boasts the 2019 champion alongside Montoya, Dane Cameron, but again there are positives for Magnussen here. Montoya joins for the longer endurance races only with Cameron sharing the rest of the season with Olivier Pla. Again, another talented line-up but one that might scare Magnussen a bit more if it had Montoya in it full-time.

In terms of Cadillac competition for Ganassi, JDC Miller is yet to confirm all its drivers but will be a contender. IndyCar legend and ex-Toro Rosso driver Sebastien Bourdais raced for the team last year and could return at least for the big races. 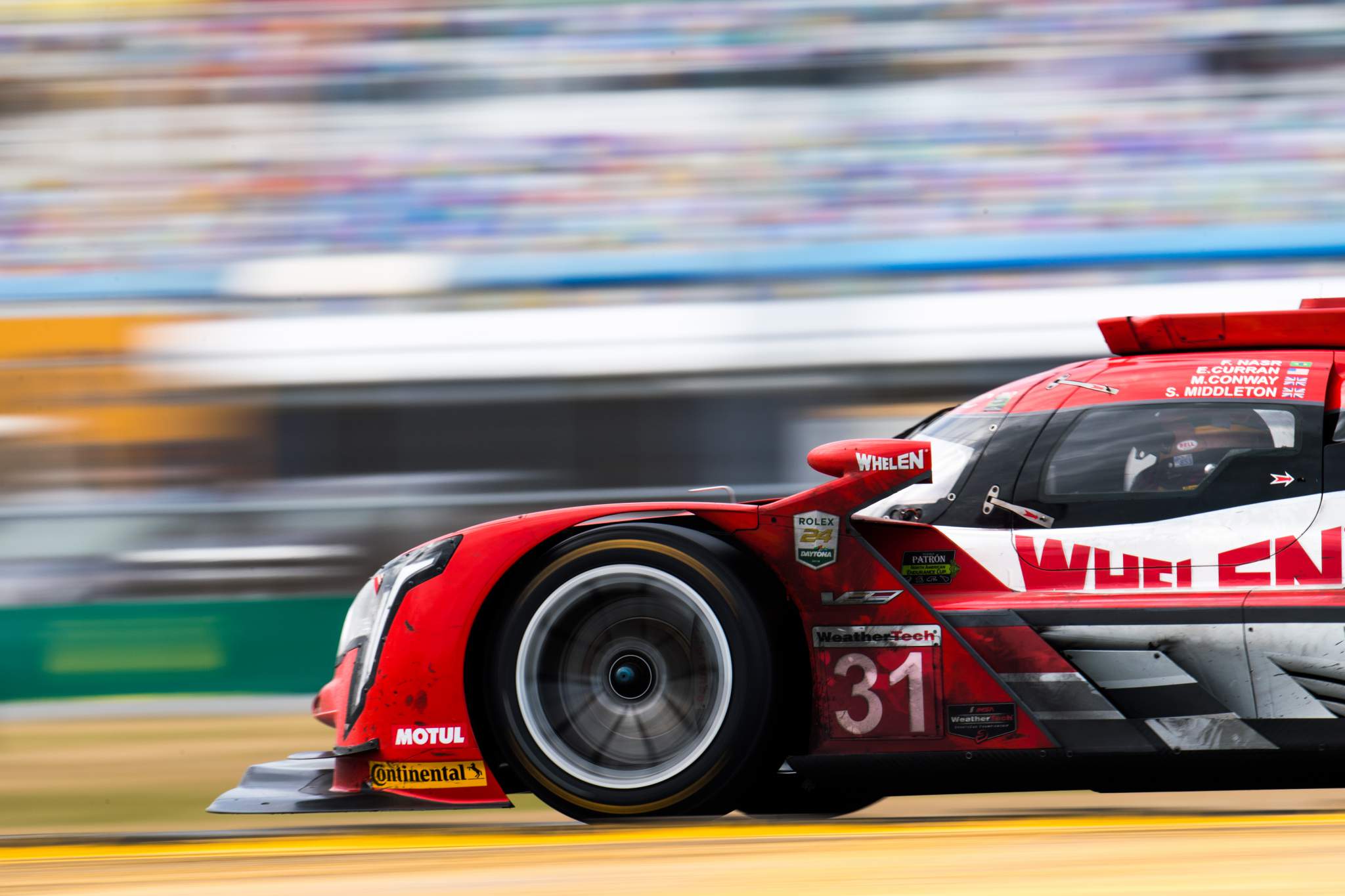 Action Express boasts 2018 champion Felipe Nasr – another ex-Formula 1 driver – and Pipo Derani. Nasr was the last driver to go from F1 – where he left after 2016 – to IMSA, although he had a good break in between the two, before finding immediate success, winning the title in his debut year in 2018. He’s the most recent IMSA champion who is contesting a full season in 2021.

Mazda has slimmed down to one car for 2021. The marque teamed up with multiple Le Mans winners Joest for 2018 but made another switch this year, teaming up with Multimatic. It will field Oliver Jarvis, Harry Tincknell and Jonathan Bomarito, who all competed for the squad last year across its two cars.

And what about Magnussen’s car? His team-mate Renger van der Zande will be well-known to many for his exploits in Europe, but he is in good IMSA form as part of the second-place entry last year. Despite Magnussen’s relative lack of sportscar experience, there’s no doubt he’ll be a rapid frontrunner provided the machinery is capable, and the duo will be a strong prospect.

There are 12 races that make up the IMSA SportsCar Championship season, with a combination of America’s best endurance classics and some shorter sprint races.

The Endurance Cup is where teams draft in extra – usually big-name – drivers for longer races, and includes the 24 Hours of Daytona and the 12 Hours of Sebring, which are the first two events of the season.

The seventh round is a six-hour event at Watkins Glen, while another prestigious event – the Petit Le Mans – concludes the year at Road Atlanta. 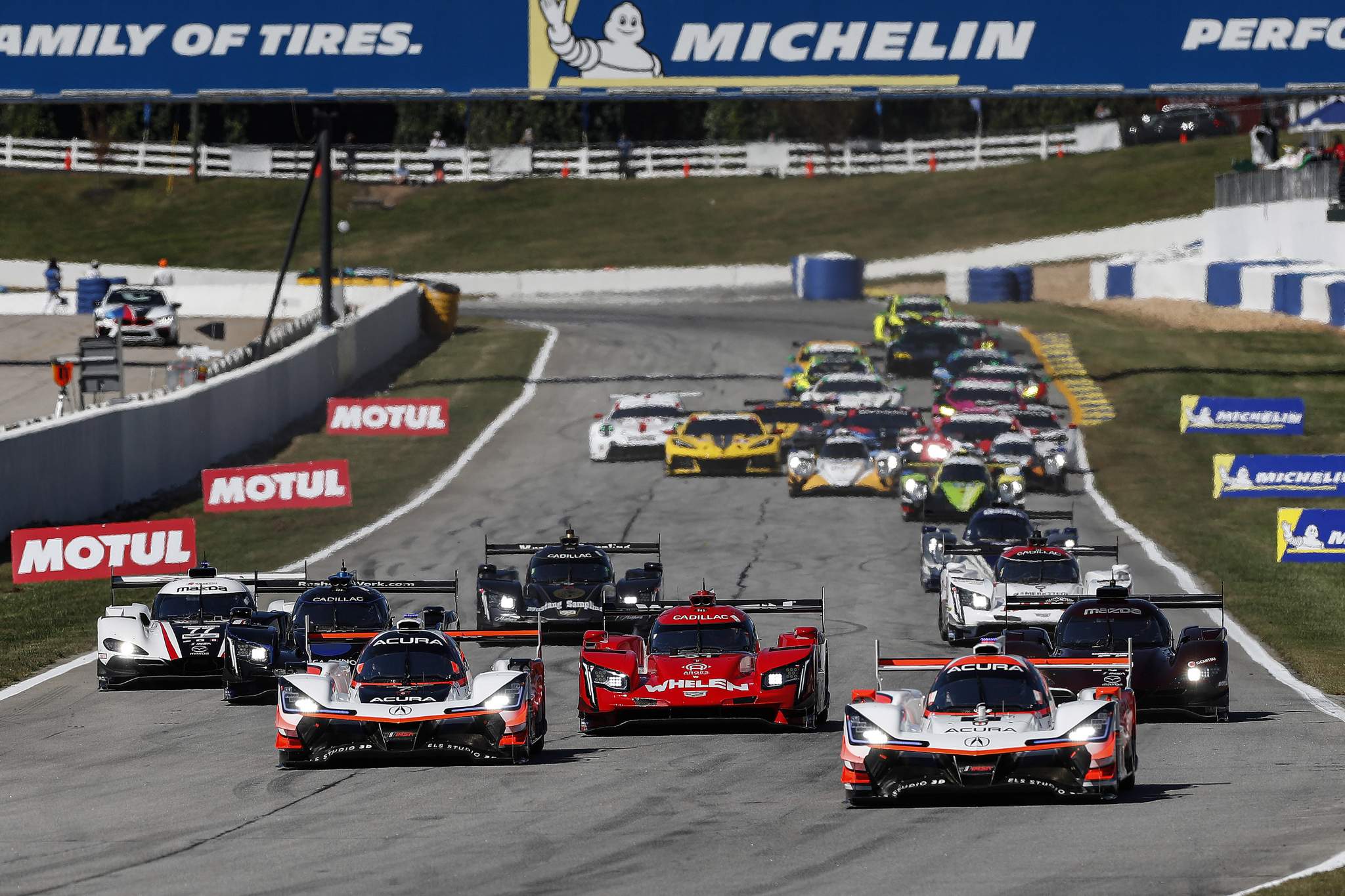 Daytona gets the biggest change this year, as it will host a 100-minute ‘qualifying race’, which will set the grid for the main race. That means eager Magnussen fans will get to see him actually racing in IMSA before the first round begins!

Even though the endurance classics are the crowd draw, the rest of the calendar still visits some brilliant tracks and locations as part of the Sprint Cup.

Long Beach is among those at the top of both of those criteria and runs after Sebring, while Mid-Ohio, Detroit, Mosport, Lime Rock Park, Road America and the Virginia International Raceway form an epic calendar of North American tracks.

Hey guys. I’m pleased to say I’m doing @IMSA with @CGRTeams in 2021. Really excited about this and can’t wait to be in the car for the first time early next year.

Magnussen is just one part of the excitement surrounding IMSA, with the regulations set to allow a proper mix between the series and the WEC for the first time in years, and a proper level playing field at Le Mans.

If now’s the time you’ve chosen to take an interest in IMSA, it’s a great time to do so.